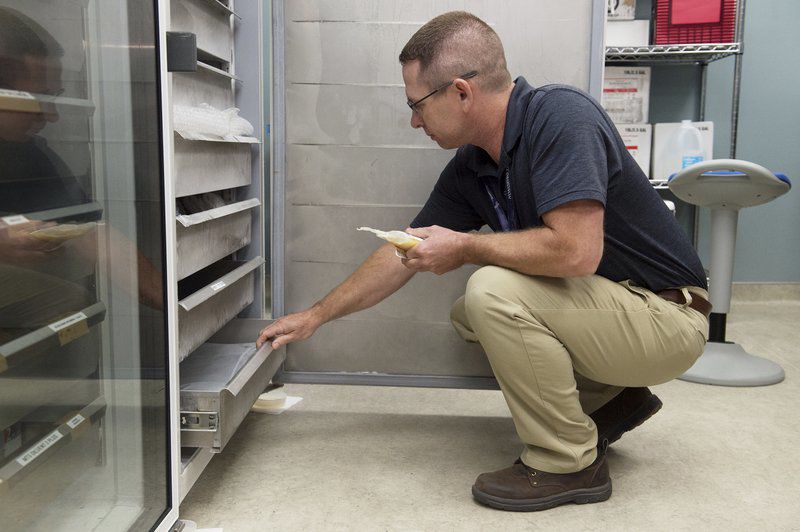 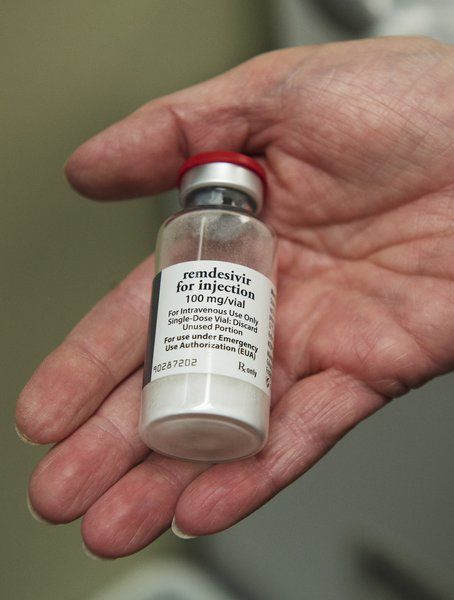 Remdesivir is one of the drugs being used at Freeman Health System to treat COVID-19. GLOBE | ROGER NOMER 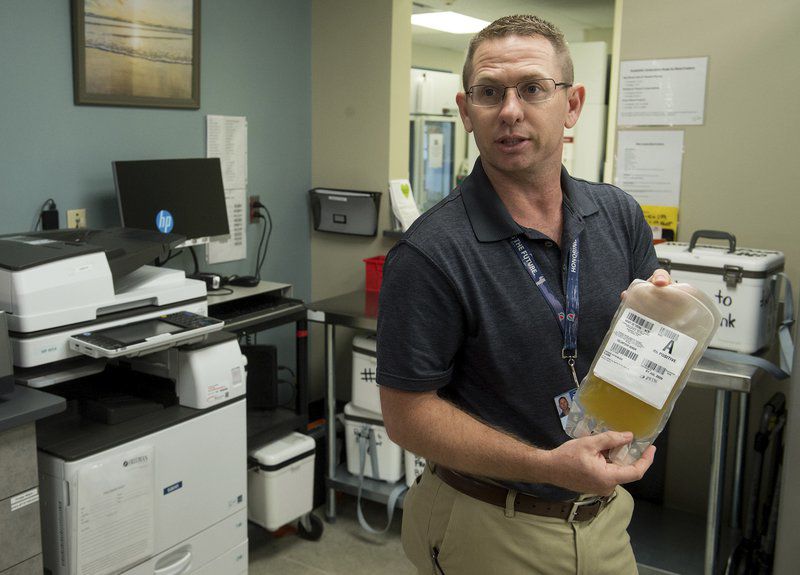 Zach Stivers, blood bank coordinator for Freeman Health System, talks about plasma on Monday at Freeman Hospital West. The experimental treatment is now being used on patients with serious or life-threatening coronavirus infections at both Joplin hospitals. Stivers said the plasma speeds the recovery of the patients. GLOBE | ROGER NOMER

Remdesivir is one of the drugs being used at Freeman Health System to treat COVID-19. GLOBE | ROGER NOMER

Zach Stivers, blood bank coordinator for Freeman Health System, talks about plasma on Monday at Freeman Hospital West. The experimental treatment is now being used on patients with serious or life-threatening coronavirus infections at both Joplin hospitals. Stivers said the plasma speeds the recovery of the patients. GLOBE | ROGER NOMER

While the U.S. Food and Drug Administration has yet to approve a drug specifically to treat people with COVID-19, several medicines and treatments making their way into COVID-19 units nationwide — including Joplin’s Freeman Health System — to boost the ability to fight the virus.

One of the experimental treatments is convalescent plasma therapy, which is now being used on patients with serious or life-threatening coronavirus infections at both Joplin hospitals.

Zach Stivers, Freeman’s blood bank coordinator, said, “It’s based upon the patients that have tested positive (for COVID-19) and have recovered … and have the antibodies that are effective in fighting the virus." The plasma can be transferred to the patients, who can recover faster, he said.

Convalescent plasma was first used on Freeman patients on June 8, according to Stivers. Since then, blood plasma has been transfused into 10 COVID-19 patients. As of Monday, Freeman had 14 positive cases in its COVID-19 unit and six people under investigation for COVID-19 symptoms.

“We were made aware (of convalescent plasma) back in April,” Stivers said, “but it really wasn’t needed until the recent spike” in coronavirus cases in Jasper County.

On June 2, combined cases in Jasper, Newton and McDonald counties, including Joplin, sat at 74. On Sunday, cases had risen to 1,688, making Southwest Missouri one of the nation’s virus hot spots.

“Blood is always in high demand,” Stivers said. The Community Blood Center of the Ozarks, he said, “has done a great job meeting our needs.”

The center supplies all locally donated plasma to area hospitals, including Freeman.

Anthony Roberts, executive director of the center, said it is seeking COVID-19-positive donors to give blood “because we’ve had a pretty high demand in Southwest Missouri and northwest Arkansas. The usage has been great.”

The Community Blood Center of the Ozarks has been collecting convalescent plasma since April 15. Between then and now, “we have collected locally probably close to 200 units.”

The center currently has between 20 and 25 units in inventory, though more can be brought in from other areas. That could dramatically change, Roberts warned, as COVID-19 cases spike across the country. Only two U.S. states are reporting a decline in coronavirus cases — Connecticut and Rhode Island. Thirty-six states, including Missouri, have reported sharp increases. That could quickly dry up extra plasma units in other portions of the country.

“Unfortunately, for whatever reason, a lot of donors are making appointments but not coming in … so we really need these donors to come out because we are in such short supply,” Roberts said. “We desperately need those people who have tested COVID positive to reach out to the hospital or to their physician or out to us here at CBCO, and we can get the ball rolling."

People who have fully recovered from COVID-19 for at least two weeks are encouraged to consider donating plasma, he said. Convalescent plasma must only be collected from recovered individuals who are eligible to donate blood. Individuals must have had a prior diagnosis of COVID-19 documented by a laboratory test and meet other donor criteria. Individuals must have complete resolution of symptoms for at least 14 days before donation.

Each donor can supply two to four units per trip, Roberts said. “That means they have the opportunity to make an impact on two or four local patients who need these products and make them better.”

Joining convalescent plasma as a potentially viable treatment are three medications with tongue-twisting names — remdesivir, tocilizumab and decadron. They’re being used, either separately or in tandem, to treat the sickest patients.

“Most (COVID-19) patients aren’t sick enough — when people come in with minor symptoms, we don’t use (these medications) automatically,” said Dr. Uwe Schmidt, infectious disease specialist for Freeman Health System. “We are only giving (the medications) to people who are sick enough to be hospitalized."

Remdesivir, which is administered intravenously, is the only drug that has an emergency use authorization from the FDA to treat COVID-19, and it has helped shorten the recovery time in adults hospitalized with the virus. It's been called a “very safe and effective drug.” The drug was used to treat Ebola.

According to Schmidt, remdesivir has been used on 22 Freeman patients so far.

Decadron, a widely available steroid that treats inflammation, has been used on 19 Freeman patients and has been noted in clinical trials in the UK to have cut deaths by about one-third with patients who were on ventilators because of the coronavirus infection. UK physicians have called the drug a “major breakthrough in the fight against” the deadly virus.

Tocilizumab, an immunosuppressive drug, has been used on six local COVID-19 patients.

Schmidt said he has seen patients get better from the use of the drugs during treatment and that they are the best they’ve got in their fight against the coronavirus.

One treatment Schmidt had been using at the hospital early on that he described as working “rather effectively” was the much-talked-about hydroxychloroquine, a malaria drug. Despite support for the drug from President Donald Trump, several studies in early June found it was “not beneficial” in coronavirus cases, and thus it is no longer in use.

“We were using it in 20 patients before we stopped using it,” Schmidt said.