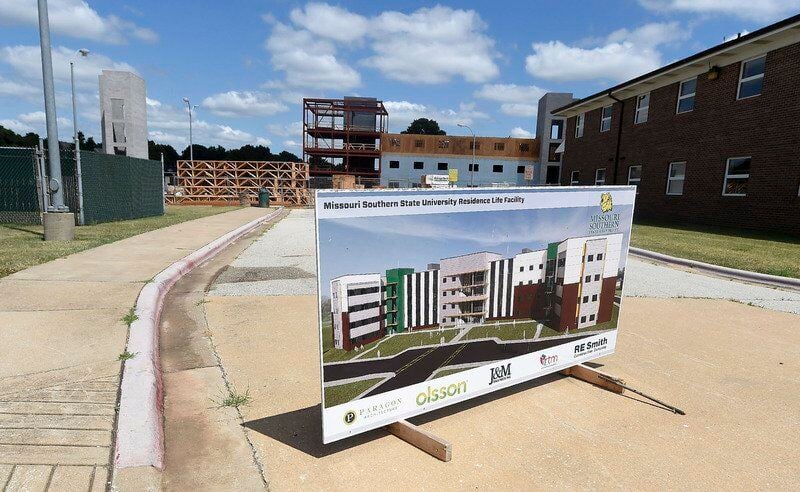 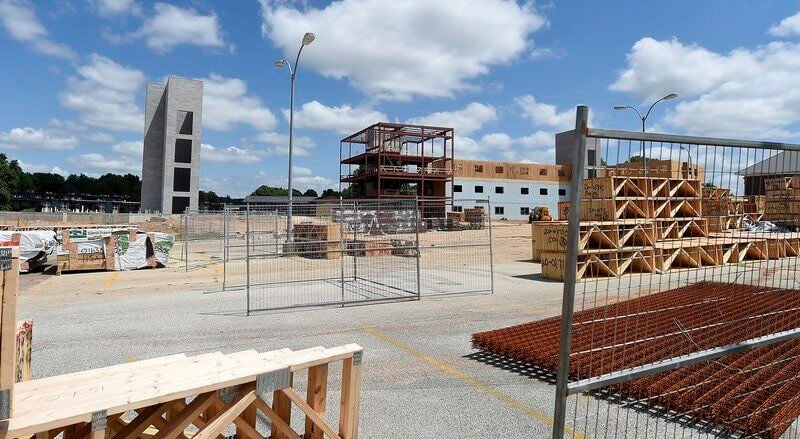 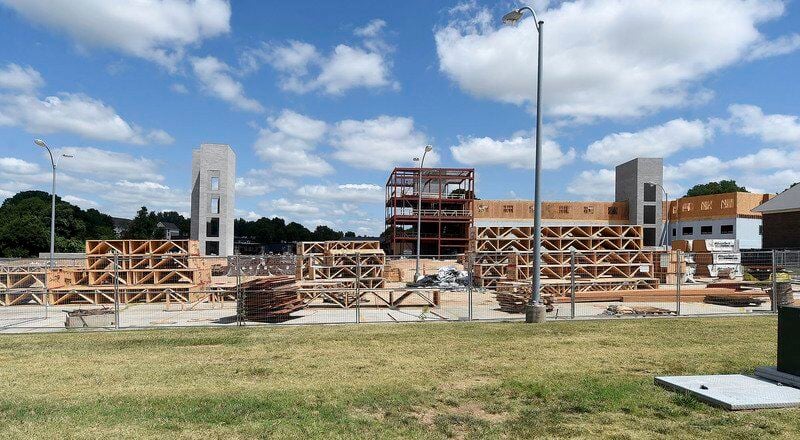 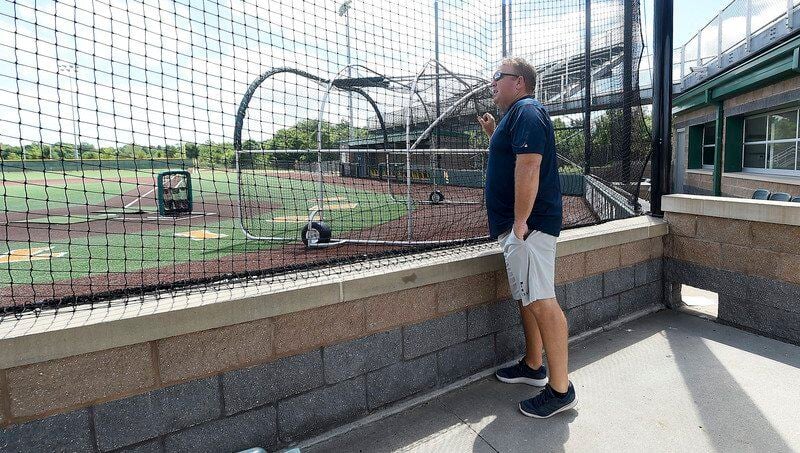 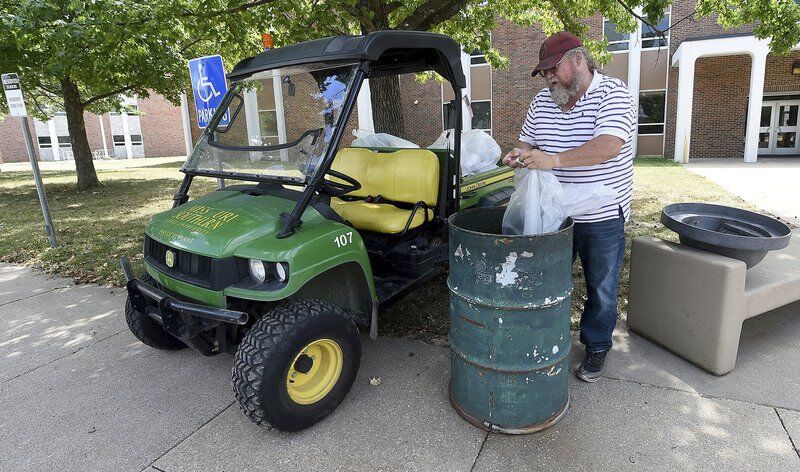 Grounds worker Thomas Treat replaces liners in a trash can outside Missouri Southern's Blaine Hall on Thursday. Treat said he is one of a handful of workers currently providing upkeep for the entire campus. Globe | Laurie Sisk

Grounds worker Thomas Treat replaces liners in a trash can outside Missouri Southern's Blaine Hall on Thursday. Treat said he is one of a handful of workers currently providing upkeep for the entire campus. Globe | Laurie Sisk

Missouri Southern State University's governing board on Thursday adopted a deficit budget that projects millions of dollars lost in tuition revenue and state appropriations, resulting in employee furloughs and incentives for retirement.

"This is grim news," board chairwoman Alison Hershewe said during a discussion of the budget in a meeting of the board's budget/audit committee.

A 2.37% tuition increase approved by the board in April should generate about $400,000 to $500,000 of new revenue for the university, but that could be offset by an anticipated reduction in enrollment of about 10%, Yust said. Campaigns are in full swing to reach current and accepted students who might not have enrolled yet for the fall semester, administrators said.

Funding from the state also will be reduced by about $3 million this year as a result of Gov. Mike Parson's restrictions in appropriations to public colleges and universities, Yust said. The governor has said such withholdings were necessary to combat declining state revenues amid the coronavirus pandemic.

"Our bread and butter are the two main revenue items — tuition and appropriations — and we are very hopeful that by the end of this fiscal year, the economy will turn around (and) maybe there will be a vaccine and more students will start coming to campus and our enrollment will pick up," Yust said.

Missouri Southern's primary expenses are projected to total $30.5 million for salaries, $6.46 million for benefits and $4.1 million for health care costs. Yust said most cuts to the university budget have come from these categories in the form of unfilled positions — primarily in academic affairs, and totaling roughly $1.7 million.

"They're positions that probably need to be filled, but this is not the time," budget director Jeff Gibson said.

To cut expenses even more, furloughs will be implemented at Missouri Southern this year for the first time, Yust said.

The model will exempt employees earning $30,000 or less per year, with the number of furloughed days required of all other employees to be dependent on salary and ranging from five days for lower-compensated employees to 25 days for the new president, Dean Van Galen, he said.

The furloughs, to be taken between Aug. 1 and May 31 of next year, will save the university around $1.3 million, Yust said.

"We didn't really have much of a choice," he said. "We hate to do that to the employees, but you can see that the $1.3 million savings to the university is critical."

The board also approved a voluntary retirement incentive program, something that was previously used in 2011. The university will offer a cash incentive to retire for 57 employees — whose salaries and benefits total approximately $5 million — who are eligible to retire under the Missouri State Employees Retirement System between now and Jan. 1, 2021.

The program is not reflected in the budget adopted Thursday. Yust said it's unknown how many employees would take advantage of the program and whether their positions would need to be filled.

"Obviously you can see there's no way I can quantify some type of dollar amount for the budget," he said.

Operating budgets across the campus, including those in academics, can expect to see reductions this year of at least 10%, and in some cases up to 50%, administrators said. There will be travel restrictions for faculty and a reduction in operating expenses for programs, leaving some programs to exist primarily on student fees, said Paula Carson, provost and vice president for academic affairs.

"It's going to be beyond the furloughs," she said. "It's necessary and we can do it while keeping student success and learning at our focal point, but it's not going to be business as usual by any means."

The governing board plans to reevaluate the budget in six months. Depending on the state of recovery from the economic downturn, all options could be on the table, administrators said.

"If something drastically changes, we will make adjustments accordingly," Yust said. "... Currently on this budget, there are no layoffs, and we did not want to do that at this time, but that could be part of the midyear adjustments if the financial situation goes the other direction."