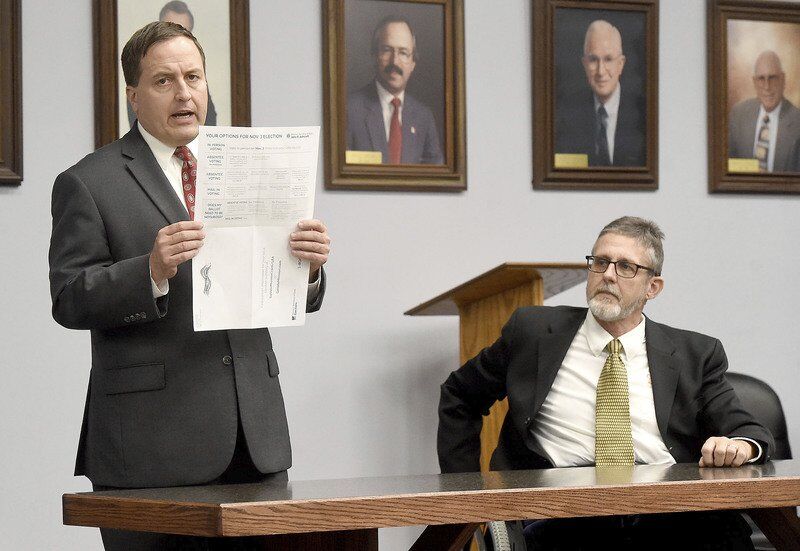 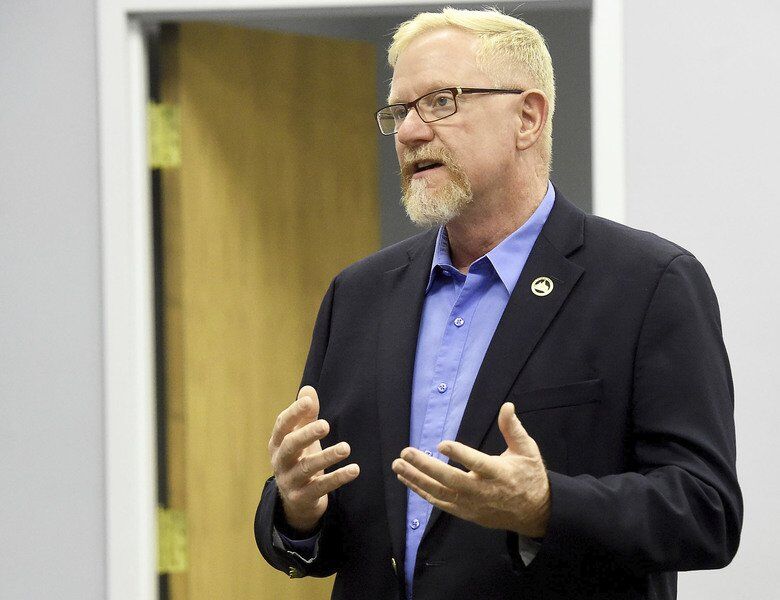 CARTHAGE, Mo. — With only six weeks left in the election season, Missouri Secretary of State Jay Ashcroft stopped in Carthage on National Voter Registration Day to inform residents of the changes and additional voting options this year due to COVID-19.

Tuesday marked the second day of Ashcroft’s statewide voter tour in which he’s been promoting the safety of in-person voting and the 2020 absentee and mail-in voting options. He plans to visit the Kansas City area, Lee’s Summit and St. Joseph as well.

“We just want to work around the state to help get the word out,” Ashcroft said. “We did the same sort of thing before the August election. … What we found, though, is there’s still disinformation. I don’t think it’s intentional, for the most part, but I thought we needed to get out there again and give people the opportunity to ask questions and have confidence in how they can participate.”

As the Nov. 3 general election approaches and new voting options are temporarily available due to COVID-19, Ashcroft said officials “want to make sure Missourians are aware of upcoming deadlines for registering to vote and for requesting and returning your ballot.”

Ashcroft said it was imperative to hold the “truth tour” because of how much incorrect information circulated during the 2016 election year. Because there have been so many changes to Missouri election laws, third-party sources may unintentionally be wrong, he said.

“Because of COVID, there’s options out there that weren’t available (before),” he said. “It’s different than it ever has been. It’s easy, I think, for people to get confused.”

It is still not too late to register to vote in the Nov. 3 election. Missourians have until the first week of October to register to vote, which can be completed on the secretary of state’s website at sos.mo.gov or local election authority.

For those who want to vote but won’t be able to on Election Day, absentee voting could be an option.

Legislation was passed this year to expand voting options for the August and November elections where COVID-19 has been listed as a qualification to receive an absentee ballot.

Voters are eligible if they have the coronavirus or are at risk because they fit into any of the following categories: age 65 or older, live in a long-term care center, have chronic lung disease or moderate to severe asthma, have serious heart conditions, are immunocompromised, have diabetes, have chronic kidney disease and are undergoing dialysis, or have liver disease. A voter who is eligible as a result of being susceptible to COVID-19 may cast a ballot without obtaining notarization of the ballot envelope.

Absentee ballots may be requested in person up until the day before Election Day, but Ashcroft encouraged voters not to wait until the last minute. Instructions listed on the absentee ballot identify whether notarization is required. Under Missouri law, voters will not be required to pay to have their absentee ballot notarized.

A new option in Missouri allows any registered voter to request a mail-in ballot, but the ballot envelope, under state law, must be notarized. Additionally, state law requires mail-in ballots to be returned to the local election authority by U.S. mail only.

“You need to fill out that application, turn in the application in person, or you may mail by the U.S. Postal Service back to your local election authority,” Ashcroft said. "When your local election authority gets that request, then they will mail that to the address they have on file. It can’t be hand-delivered to you, and you can’t do it at their office. It must be mailed back. Do it right away. You must notarize all mail-in ballots for them to be counted.”

Ashcroft said Missouri law doesn’t prohibit a notary from charging to notarize a mail-in ballot. A list of notaries who have agreed to notarize both absentee ballots and mail-in ballots for free is at www.GoVoteMissouri.com.

While in Carthage, Ashcroft presented Jasper County commissioners a bicentennial banner to celebrate the 200th anniversary of Missouri’s entry into the Union as the 24th state. Missouri will turn 200 on Aug. 10, 2021.

“Missouri is home to different regional cultures, geographies and industries,” according to the banner. "Each community has a story to tell about its people, their history and their culture. By celebrating the accomplishments and diversity of these regions, we help create a better understanding of our Missouri and the links that unite us.”

“We thought this would be a fun, visual way to remind people of the bicentennial and the different regions of the state,” he said.

• Last day to register to vote in November election: Oct. 7.

• Last day to request by mail that an absentee or mail-in ballot be sent to you by your local election official: Oct. 21.

• Last day to vote absentee in person at the local election office: close of business Nov. 2.

Missourians can visit www.GoVoteMissouri.com to register, check their registration status or get more information about registering to vote. To register, you must be a U.S. citizen, a Missouri resident and 18 years old by the day of the election. All other questions can be directed to 1-800-669-8683.