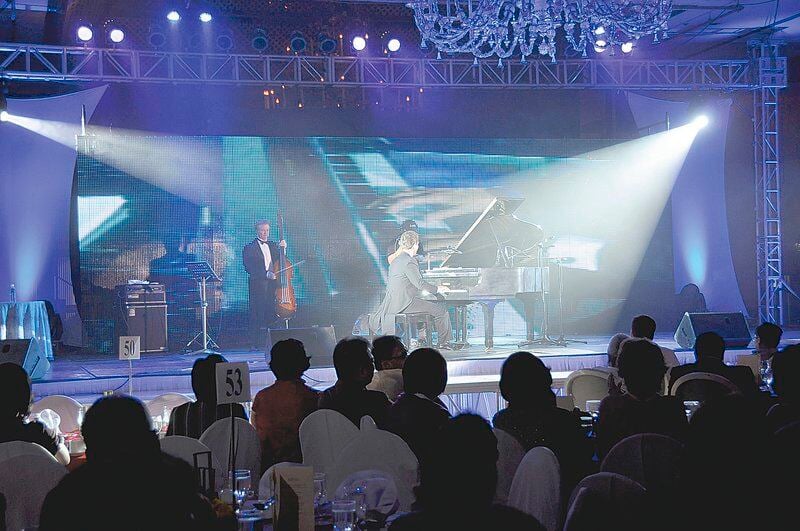 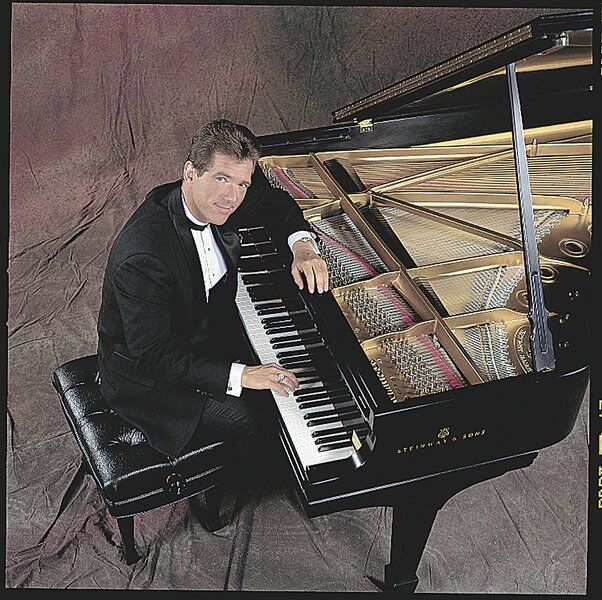 David Osborne will perform Saturday night at the Coleman Theatre in downtown Miami, Okla. His concert will be live, following in the footsteps of the live Joplin Little Theatre play performed earlier this month. Organizers say concerts are proving safe for live audiences in the Joplin metro area as long as masking, social distancing and sanitizing mandates are provided and enforced. COURTESY | DAVID OSBORNE

David Osborne will perform Saturday night at the Coleman Theatre in downtown Miami, Okla. His concert will be live, following in the footsteps of the live Joplin Little Theatre play performed earlier this month. Organizers say concerts are proving safe for live audiences in the Joplin metro area as long as masking, social distancing and sanitizing mandates are provided and enforced. COURTESY | DAVID OSBORNE

MIAMI, Okla. — Despite postponements thanks to the COVID-19 pandemic, a nationally known musician will earn honors this weekend in his hometown.

David Osborne, a professional piano player to presidents and stars alike, will perform Saturday on the Coleman Theatre stage as part of his induction into the Oklahoma Music Hall of Fame.

Originally slated for early April, the event was postponed until Aug. 1.

Beginning this month, some live events in the Joplin metro area have come back to the forefront, albeit with heavy COVID-19 safety restrictions in place, including Joplin Little Theater’s successful production run of “Enter Laughing” earlier this month and Studio 124’s “A Night of One Acts” performances next week.

The David Osborne Day, which officially kicks off at 10 a.m. Saturday, won’t be an exception. The event — which includes Osborne’s induction into the Oklahoma Music Hall of Fame at 7 p.m. and the David Osborne Trio concert that follows, with doors opening at 6:15 p.m. — will have safety measures front and center.

Debbie East, one of the event’s organizers, said plans are in place to help those attending events adhere to social distancing rules. Some events are set for outside to enhance social distancing.

“In June, when our (COVID-19) numbers were down, I spoke to David about his schedule and Aug. 1 was the only date for 2020 (available), so we set the date," East said. "From that time until a couple of weeks ago, new cases began spiking although hospitalizations and deaths remained steady to low, but I asked David how he felt about moving forward. With his flight and hotel reservations, taking the time off, etc. — Aug. 1 remained the best date for him. So we moved forward, reconfiguring the Coleman for social distancing, mandating mask wearing and hand sanitizer stations.

“Plus — and this is huge — we opened the Coleman balcony for enhanced social distancing and contacted everyone who had already purchased tickets to the April 1 event to switch their reserved seating to that area,” East said.

Organizers ask people to wear a mask upon their arrival and while inside the building, with masks provided for those without one.

East said once people are in their seats, with their own group, they may take off their masks. However, organizers ask people to wear masks if they leave to use the restroom or venture into public areas of the theater.

No intermission is planned in order to keep gatherings to a minimum. After the concert, attendees will leave the auditorium row by row.

For those unable to attend in person, a livestreaming of the concert will be available for a fee.

“The Coleman Theater staff and city of Miami has been so helpful,” East said. “I was in Branson last week and visited some venues which are having live shows inside to see how they are handling them. Dolly Parton’s Stampede has two live shows each day.

“We are doing everything they are and more,” she added.

Through it all, proceeds from the event organized by the Ottawa County Musicians Tribute Committee, along with a portion of Osborne’s CD sales, will benefit the Steve and Cassie Gaines Scholarship fund at Northeastern Oklahoma A&M College.

The Gaines siblings, also from Miami, were part of the band Lynyrd Skynyrd. The pair were killed in October 1977 when the band’s plane crashed in Mississippi.

The siblings, Osborne and Joe Don Rooney, of Rascal Flats, are among the many Ottawa County musicians the committee honors during its activities.

“Our motto is ‘You have to give it to get it,’ comes from one of Steve Gaines' favorite songs he wrote,” East said. “(In it) he sings, ‘I know it’s better to give than to receive.'”

East said she hopes people will be givers to those in need, especially during the pandemic. Ottawa County Musicians Tribute Committee members have adopted a hashtag #saveourstages as they promote the event.

Osborne got his start taking music lessons in Miami; later, he took lessons in Joplin.

A 1976 graduate of Miami High School, Osborne received his associate degree from NEO in Miami and his bachelor’s degree from Oral Roberts University in Tulsa, Oklahoma. He later pursued master’s work at Indiana University in Bloomington, Indiana, before finishing the degree at Pittsburg State University in Pittsburg, Kansas.

A meeting with former President Jimmy Carter opened the door for Osborne to perform for government officials and every president since then. Some, like Bill Clinton, were “very low key and nice,” while others, like President Donald Trump, were more formal.

“I’ve never turned down an opportunity for something,” Osborne said. “If it came along and benefited me, I jumped on that horse.”

Osborne said being inducted into the Oklahoma Music Hall of Fame left him “gobsmacked.”

“I am overwhelmed,” he said. “I never thought this would happen. Music has opened a lot of doors for me. It was the vehicle to achieve goals.

"I still strive to be the best at it.”

Gertrude Elizabeth "Trudy" Waldbuesser of Liberal, Missouri, passed away peacefully in her sleep at 9:25 p.m. on Friday, August 7, 2020, at Via Christi Village in Pittsburg, Kansas. She was born March 22, 1925, in Frankfurt, Germany, to Otto and Phillipina (Kline) Triller. Her school-age yea…