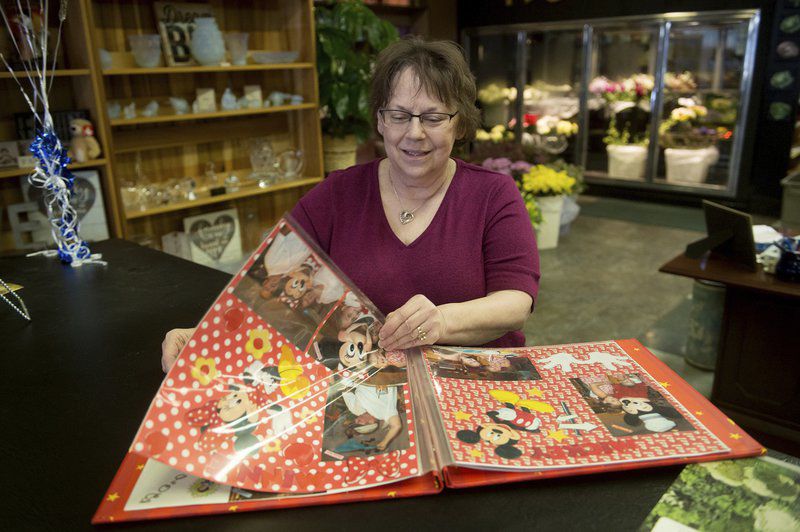 Marilyn Tandy looks through a photo album of her family's first trip to Disneyworld on Wednesday. She says she enjoys traveling, and is not worried about continuing to so in the future. She sees safeguards in place to protect her from the coronavirus pandemic. Globe | Roger Nomer 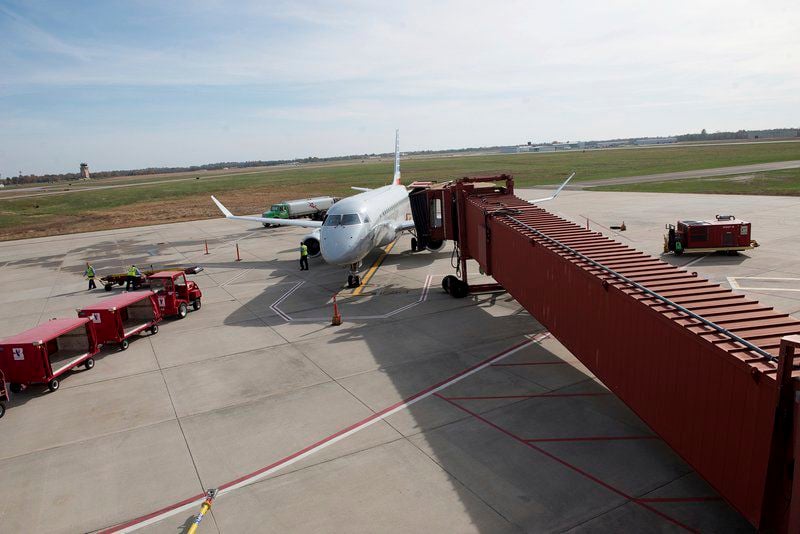 An American Eagle flight arrives at the Joplin Regional Airport. While the pandemic has had a tremendous effect on the airline industry and travel in general, at least one area agency sees some changes that benefit the consumer. GLOBE FILE

Marilyn Tandy looks through a photo album of her family's first trip to Disneyworld on Wednesday. She says she enjoys traveling, and is not worried about continuing to so in the future. She sees safeguards in place to protect her from the coronavirus pandemic. Globe | Roger Nomer

An American Eagle flight arrives at the Joplin Regional Airport. While the pandemic has had a tremendous effect on the airline industry and travel in general, at least one area agency sees some changes that benefit the consumer. GLOBE FILE

Travel destinations are starting to look at reopening after a two-month shutdown because of the coronavirus pandemic, but the new virus has changed the way many people think about travel, where they eat and where they stay.

Duke Mason, a local entertainer, makes a living traveling and performing in front of crowds of people.

Mason said he’s been stuck at home since March 7, and it has given him the chance to rethink all the elements of his career, including travel and how he interacts with his fans.

“Right now, I think everything is kind of up in the air,” Mason said in a telephone interview earlier this week. “Throughout the week, I’m traveling around the area mostly, then every weekend I’m out somewhere farther away, but since March 7 I haven’t been anywhere.

“Anymore we’re doing a cruise about once a year. And of course you have to fly, most of the time, to the departure port. We’re having to start to think about what the future holds for that as well.”

Marilyn Tandy, of Joplin, is one of Mason’s fans who has accompanied him on his cruises. She said she hopes he doesn’t have to cancel his next trip, scheduled for next February, because she’s making plans to accompany him.

And Ken Mayer, owner of GalaxSea Cruises and Tours at Neosho, said many things are changing in the travel world. Mayer, who works with Mason on his cruises, said some will likely be inconvenient, but some changes offer possibilities travelers didn’t have before.

Mason said that normally this time of year, he’s on the road performing at places closer to Joplin and Carthage, three or four days a week. Then he’s likely traveling to a venue farther afield — Kansas City, Topeka, Kansas and Tulsa, Oklahoma — every weekend for a show.

“Traveling by car is not as big a concern, but you’re traveling, so you have to stop and get gas and stop and eat,” Mason said. “All that is a new concern. When I go out on the weekends farther away, a lot of times there's an overnight hotel stay, so I have to start considering how I do that more safely. What parts of it are actually needed. That’s all going to have to be things I consider now.”

If he’s heading to a place where he’d normally spend a night in a motel, now maybe he’ll leave early or drive on home, even if it means arriving home late.

Then there’s the performance itself.

Mason said he’s thinking about the equipment he uses, the microphones and sound systems.

“Once I get to the place where I’m performing, that’s the whole purpose of performing, you’re in front of a group of people,” Mason said. “When I go somewhere to sing, if I’m using their sound system, is someone else going to come out and sing on the same microphone before me? If I’m not providing the sound system, I’ll at least provide what I’m going to be using and I’ll take it with me.”

And then there’s the interaction with fans after the show.

“That’s another area I have to start thinking about,” Mason said. “You love to meet the people after the show, shake hands, and at least for the time being, that’s probably not going to be happening.”

Tandy, one of Mason's fans, also likes to travel and take her grandkids to places like DisneyWorld and on cruises. She said she she’s already had to cancel or postpone a few trips, including an Alaskan cruise, but she still plans to travel once restrictions are lifted and places start to reopen.

“It doesn’t bother me at all,” Tandy said. “It just doesn't bother me. I don’t think it’s that big of a threat, considering the numbers. If I had had a bunch of people around us that were sick, I might feel differently, but we just haven’t seen it.”

“The crews on these ships are always cleaning," Tandy said. "I don’t know how much cleaner they could be. They always have hand sanitizer everywhere you go. They give you a paper to fill out and ask you if you’re sick or whatever. I would guess they’ll start taking your temperature before you get on like they do anywhere now.”

Mayer, the owner of GalaxSea, said he’s been handing out more refunds than anything in the past few weeks because of the pandemic, but he’s optimistic about the future, even if the future includes changes.

“The thinking, the dreaming, I would say that’s definitely going on, but with all the different policies and different state rules, etc., any vacation-type travel has been shut down,” Mayer said. “You can get on a plane and fly domestically. You can’t just go anywhere and do what you want. There are still measures in place to control that, but that’s changing now.”

Mayer said airlines, cruise lines and destinations will start taking “baby steps” to restoring operations in June, and as long as the virus doesn’t reemerge in a big way, that process will gain momentum as the summer continues.

“Each state and city in the U.S. has its own allowances, and those are beginning to change now,” Mayer said. “They’re going to open a little further in June and will continue to open up as time goes by. In general, I can say that June is maybe kind of a coin flip; some places you can go and some places you can’t. July will be better, and hopefully, with additional luck and the further away we can get from the fear, that may begin to open up some other things.”

One big change Mayer said he’s seen in the cruise industry and to a lesser extent among airlines — people can change their travel times if they start to feel uncomfortable about traveling at a certain time.

“You can book a trip, then if you feel uncomfortable about traveling at that time, we’re not going to charge you a penalty. Reschedule at a later date, no questions asked,” Mayer said. “We’ve never had that option. I’ve been doing this for 27 years, and the customer has never had that option. A lot of companies have different names for it. I call it the peace-of-mind deal.

“Now you can’t change your mind and get your money back. That’s not what it’s about. It’s about you adjusting to go at a later date. The airlines have that too, but it’s a little different. Most airlines, if you were booked to travel through Sept. 30, you have flexibility to change your ticket one time, no fee. Again, we’ve never had that flexibility.”