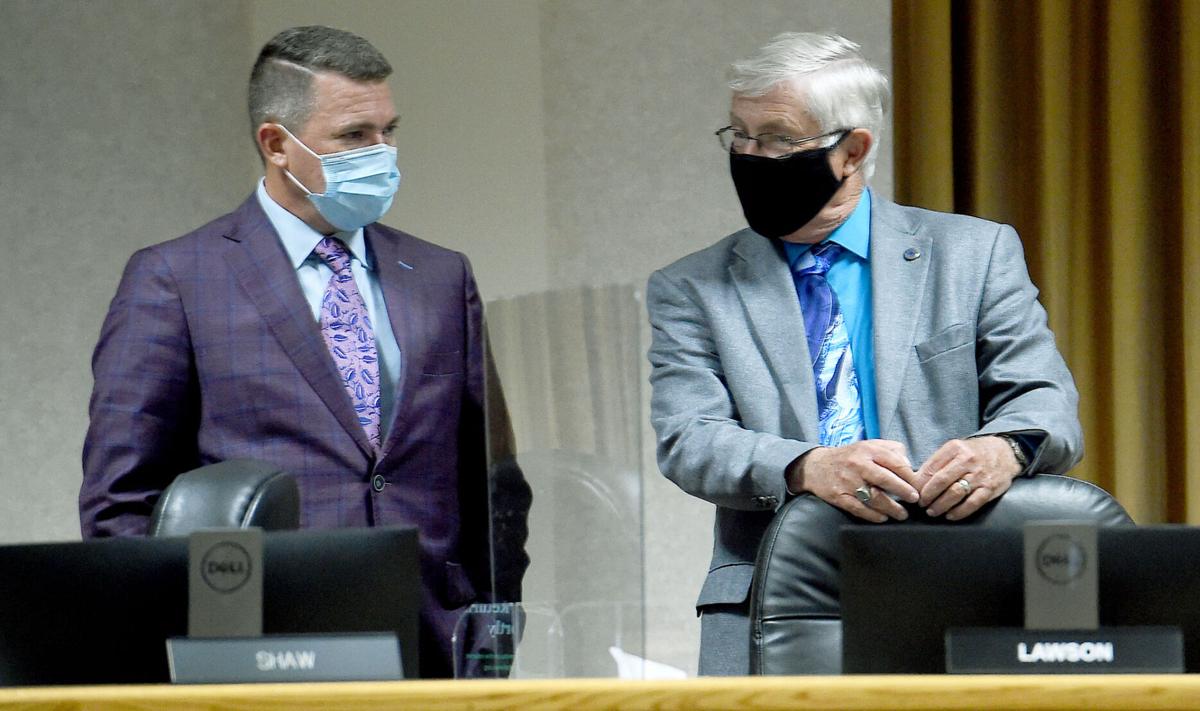 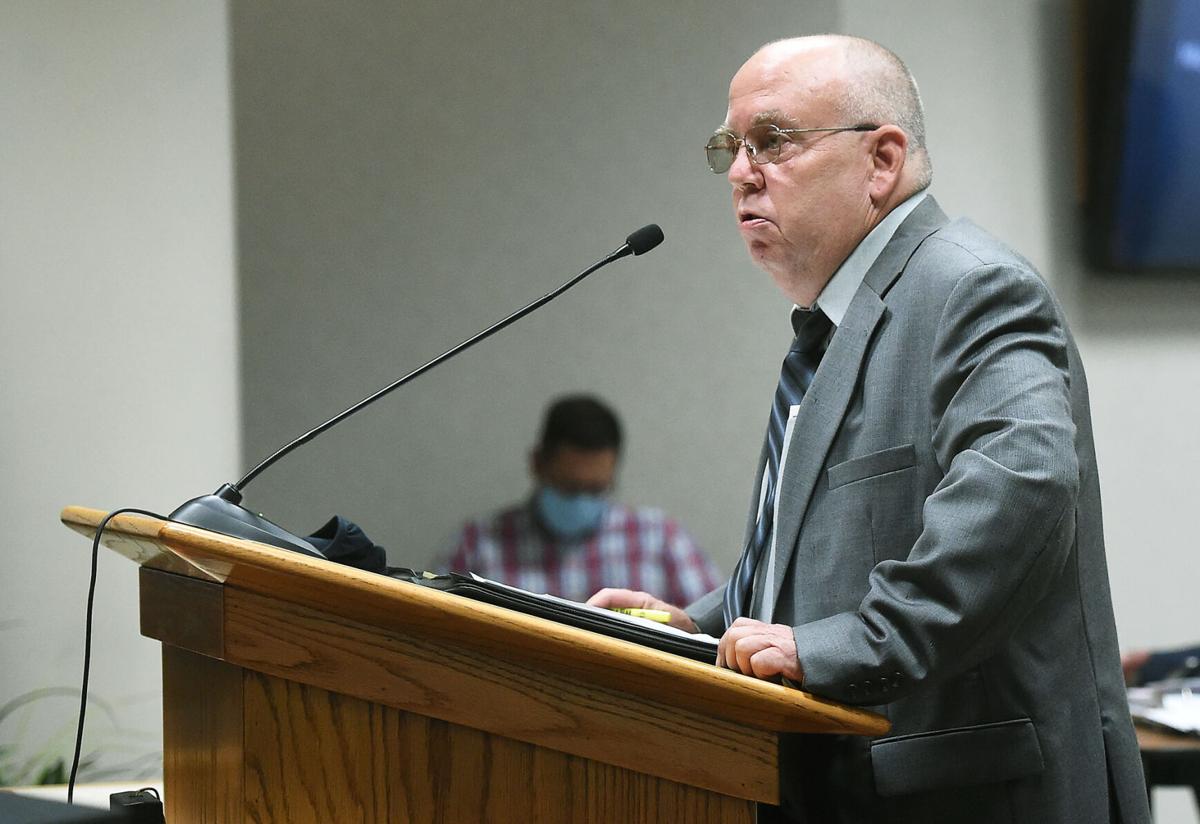 Mike Pier speaks in support of no extension of the mask ordinance in Joplin during a Joplin City Council meeting on Monday night at City Hall. Globe | Laurie Sisk 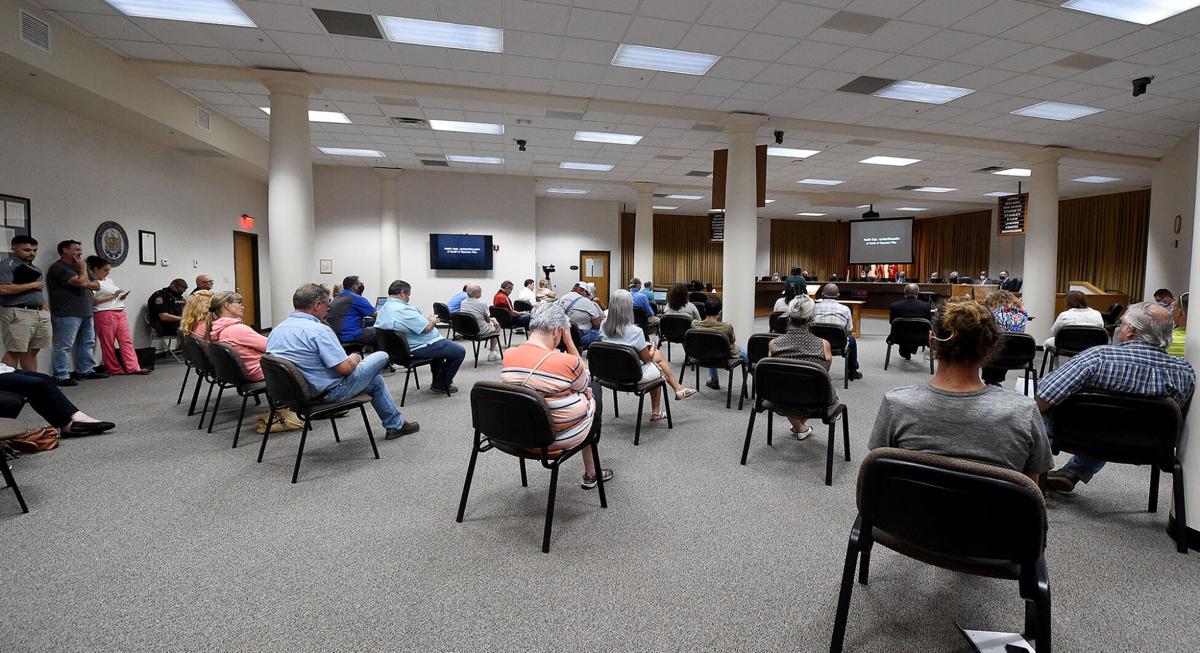 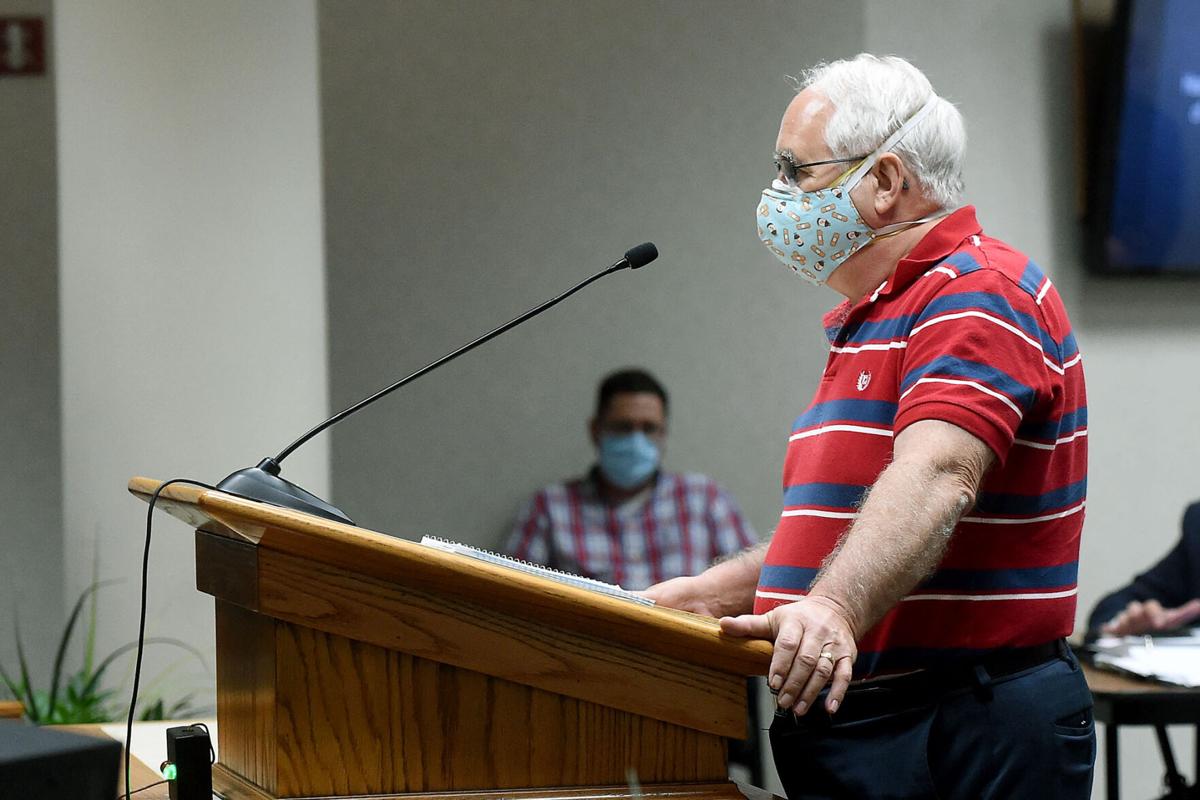 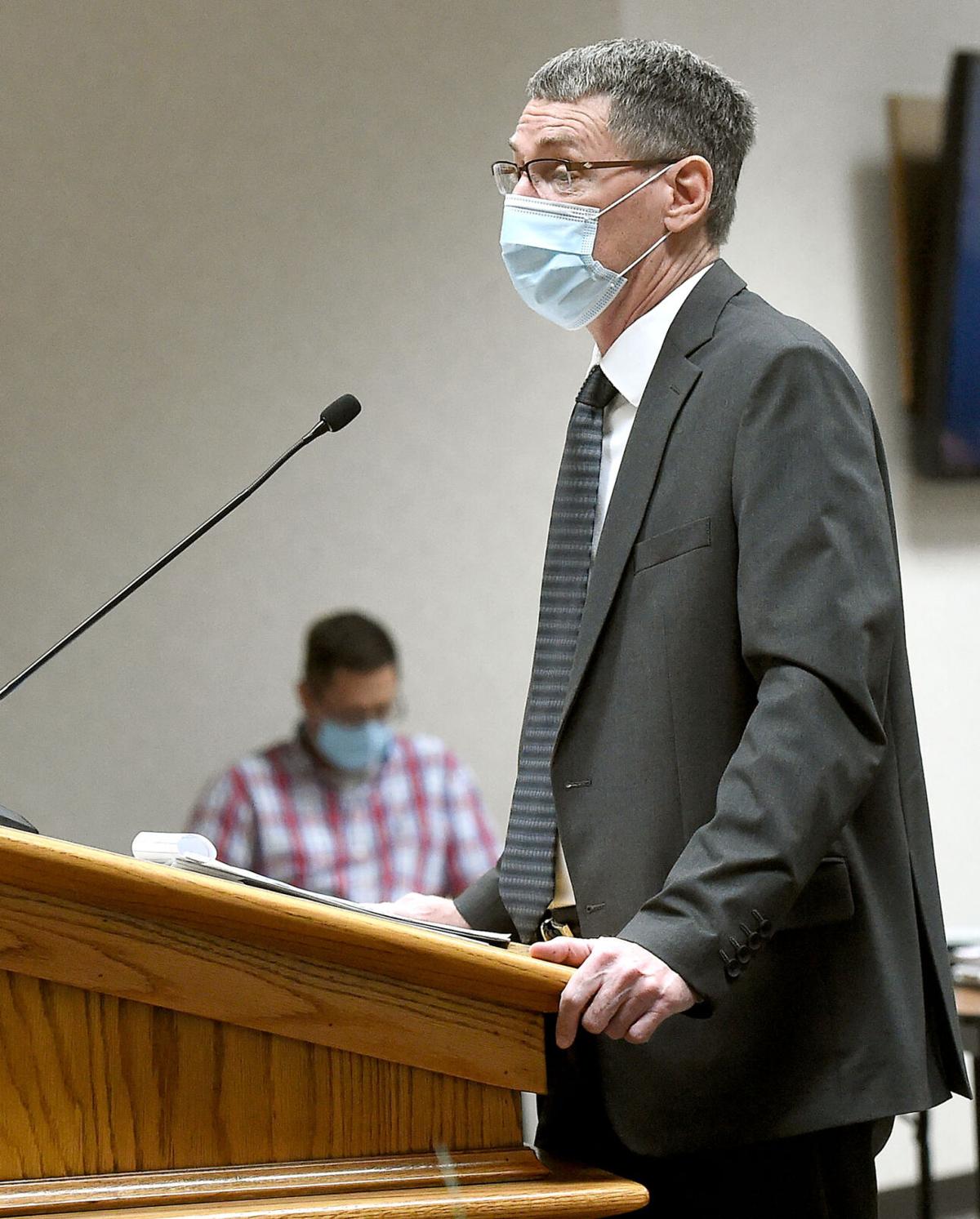 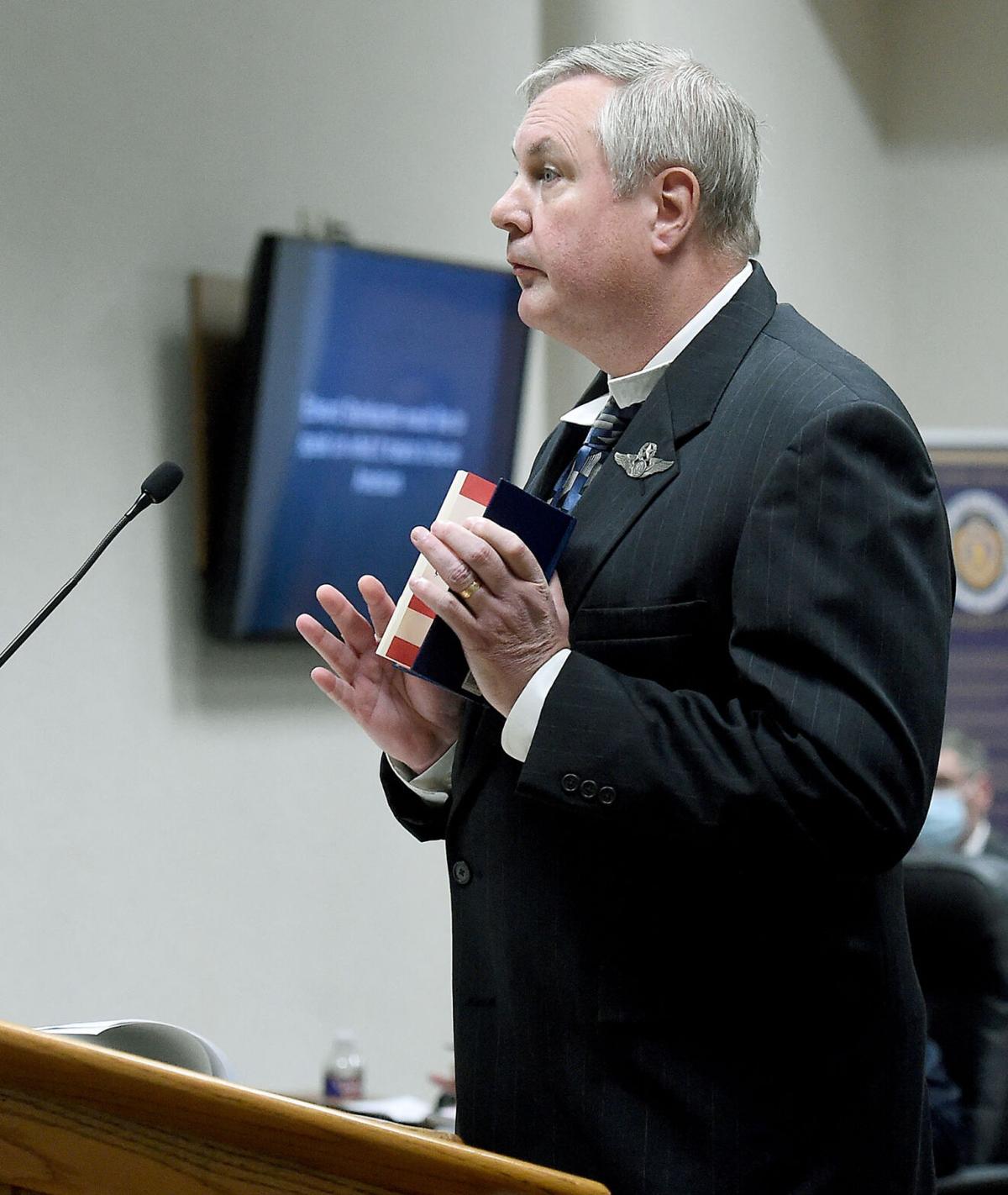 Armed with a copy of the Constitution, Edward Steinbacher lobbies for no extension of the mask ordinance in Joplin during a Joplin City Council meeting on Monday night at City Hall. Globe | Laurie Sisk

Mike Pier speaks in support of no extension of the mask ordinance in Joplin during a Joplin City Council meeting on Monday night at City Hall. Globe | Laurie Sisk

Armed with a copy of the Constitution, Edward Steinbacher lobbies for no extension of the mask ordinance in Joplin during a Joplin City Council meeting on Monday night at City Hall. Globe | Laurie Sisk

Joplin's mask ordinance was rescinded Monday night by the Joplin City Council, which also voted to advance the city's level on the recovery plan to allow businesses to operate without capacity restrictions.

Toward the end of a five-hour meeting, the council voted to remove the mask mandate enacted July 8. It was set to expire Monday night. Those who were in favor of rescinding the ordinance were Mayor Ryan Stanley as well as Gary Shaw, Doug Lawson, Chuck Copple and Phil Stinnett. Those who voted against ending the ordinance were Christina Williams, Diane Reid Adams, Anthony Monteleone and Keenan Cortez.

At the request of Joplin School District officials, the council also voted to remove the schools from the Joplin Plan for Response and Recovery so that the district, working with the Joplin Health Department, could make decisions about attendance at both indoor and outdoor school sporting events.

Schools will start Monday, and there will be several games, including the highly anticipated Joplin-Webb City football game, held soon after that.

"If we don't change this, we're probably going to see a lot of parents standing around the fence at the football field," Copple said, expressing support for removing the schools from restrictions in the plan.

A motion to move to Step 4 in Phase 2 of the recovery plan, skipping Step 3, was authorized by an 8-1 vote, with the lone dissenting vote cast by Monteleone.

Step 4 releases businesses from all occupancy restrictions, including bars and restaurants, gyms, pools, personal services such as salons and barber shops, churches, and theaters. It also will raise the attendance permitted at mass gatherings from 50 to 250.

After hearing about 40 people speak on the issue of whether to extend the mask ordinance, Councilman Gary Shaw first spoke in favor of ending the mandate.

"People have said they wear the mask when they go out in public. They have the intelligence to decide," whether they need to wear a mask, he said. "I think we have freedoms that are being infringed upon. I see fear.

"At our staff meeting we talked about in prison if someone does something wrong we isolate them. We're isolating people," he said, adding that the council could strongly recommend choosing to wear masks as well as taking other precautions such as social distancing.

While more than half of those who came to the meeting spoke in favor of ending the requirement, Monteleone said he had received 40 emails from people who wanted to let it to expire and 96 who wanted to keep the mask mandate.

Jennifer Thompson, who lives on Zora Avenue, told the council, "The mask mandate has completely divided the community," and added that it has caused her severe anxiety because she cannot see people's faces.

She questioned whether government also would require virus vaccines when they are ready.

"They better not," one of the anti-maskers in the audience yelled.

That prompted an admonishment from the mayor, who called for people to be respectful and act professionally multiple times during the meeting.

Three business owners asked that the mask requirement be rescinded. Two of them said they lost 23% of their sales the first Saturday the ordinance was in effect.

Two doctors asked the council to keep the mandate in place.

Resident Steve Urie, who lives on Connecticut Avenue, agreed. He said he was just released from quarantine and has a close friend who is sick with the virus.

"I am here to encourage the extension of the mask," he said.

He said his 90-year-old neighbor was knocked out of the way at the grocery store Monday because she had her mask on and couldn't move fast enough to suit an anti-masker.

"She came home without her groceries, and that is just shameful," he said.

"People are supporting you. They expect you to protect them," he added.

The council rejected a motion by Cortez to keep the mask ordinance in place and advance to the next step in the recovery plan to loosen capacity requirements. That vote was 5-4 against the motion.

This report has been edited to clarify the difference between "phases" and "steps" in the city's recovery plan.