Mercy Hospital Joplin joined a number of area health care providers to request a mask mandate in the cities of Joplin, Webb City, Carl Junction, Carthage and Neosho and in Jasper and Newton counties. 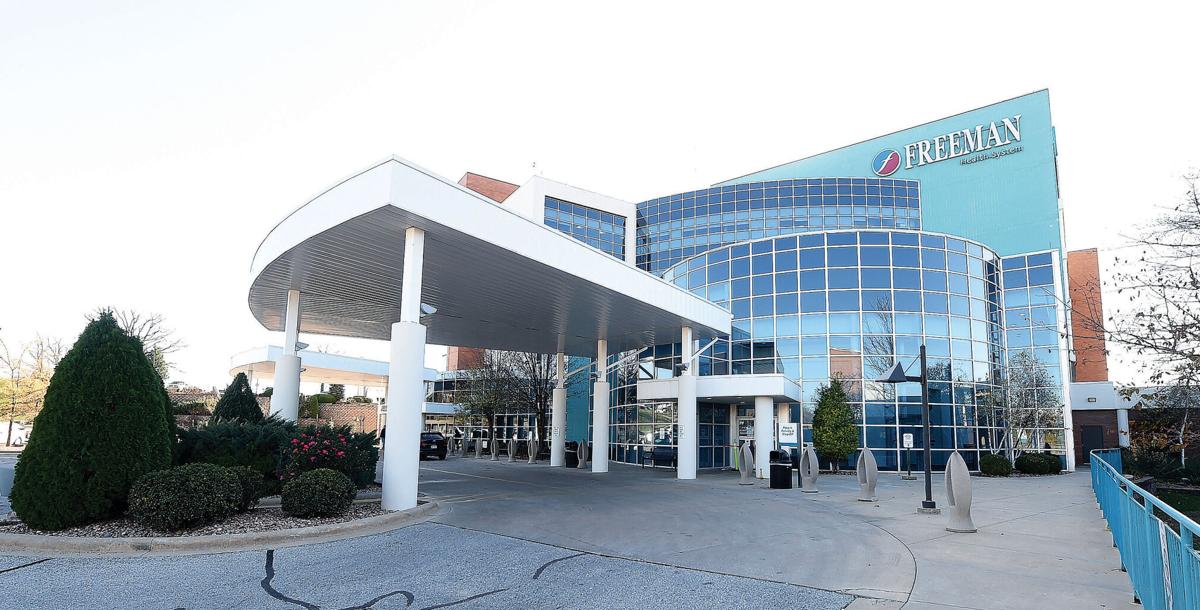 Freeman Hospital Joplin, shown here, is part of the Freeman Health System. Freeman joined a number of other health care provides to request a mask mandate in the cities of Joplin, Webb City, Carl Junction, Carthage and Neosho and in Jasper and Newton counties.

Mercy Hospital Joplin joined a number of area health care providers to request a mask mandate in the cities of Joplin, Webb City, Carl Junction, Carthage and Neosho and in Jasper and Newton counties.

Freeman Hospital Joplin, shown here, is part of the Freeman Health System. Freeman joined a number of other health care provides to request a mask mandate in the cities of Joplin, Webb City, Carl Junction, Carthage and Neosho and in Jasper and Newton counties.

Amid growing numbers of COVID-19 cases that medical providers now say are straining their capacity, they have asked governments in Jasper and Newton counties for a mask mandate to try to clamp down on the spread.

They said in the letter that while Joplin's mask mandate was in place from July 8 through Aug. 17, COVID-19 hospitalizations "consistently stayed at a manageable level in the community," but those numbers have spiked in recent days.

In urging government leaders to enact another mask mandate, the health providers said in the letter: "This is for the explicit purpose of reducing the spread of COVID-19 in our community, which we know is the only way to reduce the number of sick people in our hospital."

At a Joplin City Council meeting Monday night, council members authorized Mayor Ryan Stanley to contact county commissioners to find out how they wanted to respond to the request.

In a statement Tuesday, Stanley said, "The Joplin City Council cannot affect other cities’ actions, however as a municipality that sits in both Jasper and Newton counties, I am contacting the commissioners to discuss the possibility of collaboration among all. Once I have had a discussion with the leadership of both counties, I will update Joplin City Council, and we will discuss how we want to proceed further."

The Jasper County Commission wants to participate in a regional response to address the situation, said Darieus Adams, Western District county commissioner. He said it would be Friday before the commission could meet to discuss it because the presiding commissioner, John Bartosh, is in isolation recovering from COVID-19. Adams and Tom Flanigan, Eastern District commissioner, are quarantined until then.

"We'll certainly want to do everything we can do to keep our citizens safe," Adams said. "We want to consider the options to help keep us safe."

The commission has been monitoring the virus's spread by meeting with county health Director Tony Moehr regularly. "We have been talking to Tony, and he certainly sees the advantages of people wearing masks," Adams said.

Mayors of Carl Junction, Webb City and Carthage issued a joint statement Tuesday urging residents to observe the recommended precautions, but they stopped short of issuing a mandate.

"The cities of Carl Junction, Carthage, and Webb City jointly encourage our good citizens to double down on your COVID protocols," the statement read. "Practice good hygiene and wash your hands often. Be aware of your surroundings and avoid places where safe distancing is not possible. And, when you are in a place where you do not feel safely distanced from others please put on a face mask. Please honor local businesses who require face masks. Also, please wash your mask or replace it often for increased sanitary purposes."

"We cannot predict that doubling down on these protocols will change the curve but if it keeps just one person out of the hospital our extra efforts will have been worth it. We trust our good people to do their part and know in our three cities that we are in this together."

Mark Powers, mayor of Carl Junction, told the Globe the mayors did not issue a mask mandate because they did not feel it could be enforced. Mask requests or requirements made by retailers should be respected, he said, "but we have no way to enforce it. It's all about personal responsibility."

Neosho city officials could not be reached by telephone and did not respond to an email asking how they would proceed.

Joplin hospitals had about 100 patients on Tuesday.

"We're doing a lot of testing, and the number of positives are really going up," said Jeremy Drinkwitz, president of Mercy Hospital Joplin.

Concern is not solely about the number testing positive, he said. "It's the total number of inpatients that has been climbing. A month ago, the number of inpatients was in the 30s. Now we are admitting more patients than we are discharging. That is the concern. We are starting to really get concerned about our capacity. We need some action now to help change the total number of positives so that we don't get to capacity."

It is getting difficult to transfer patients to other hospitals because hospitals in Springfield, Kansas City, and Tulsa, Oklahoma, are staying full.

Dr. Robert McNab, head of the two COVID-19 units at Freeman Hospital, said that at the point Joplin's mask mandate was allowed to expire in August, there had been 32 deaths in the Joplin area because of the virus or related to it. "Today we are losing over one person a day, 30 plus people a month. That's a sevenfold increase."

McNab noted that the Missouri Hospital Association has called for a statewide mask mandate because the state is experiencing more than 4,000 new cases a day.

On Tuesday, the city of Joplin's coronavirus dashboard showed 356 active cases, which was up 32 cases in one day. There also were 304 people with probable cases that were waiting on test results. In addition, Joplin announced four more deaths, bringing the city's total loss since the pandemic began to 54.

Jasper County announced five deaths on Tuesday, raising the county total to 69. There was a large spike in the county Monday when the number of cases of people in isolation rose by 104 to 473. There are 20 Jasper County residents hospitalized; in Newton County, the number is 22.

There were no new deaths reported Tuesday by the Newton County Health Department. There have been 38. There were 27 new cases, bringing the total of people isolated with the virus to 459.

At Access Family Care, which serves residents of seven Southwest Missouri counties, "we are seeing a tremendous influx of patients from across the region. All of our medical clinics have been inundated with sick people," said spokesman Steve Douglas.

To deal with the demand, clinic staffs have been working until 9 p.m., Douglas said. "There is a lot of pressure and strain on the staff, and we're asking people to take the best steps possible to protect our infrastructure."