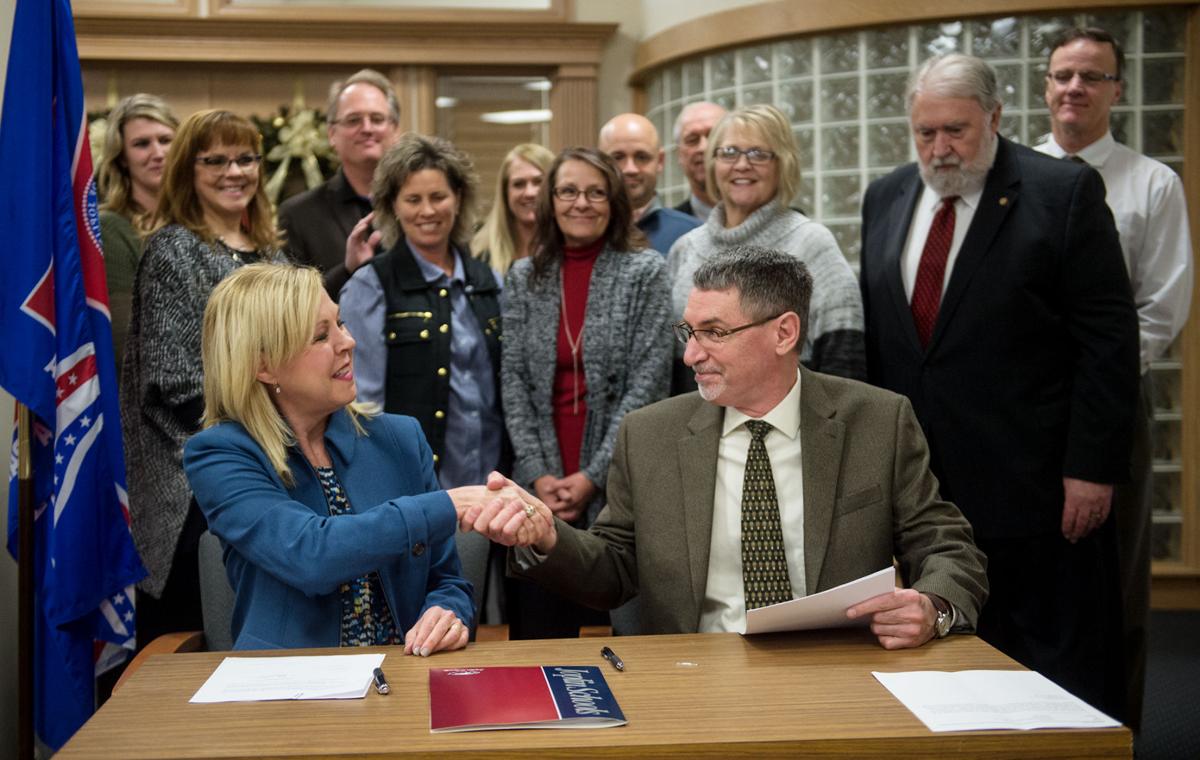 Melinda Moss, superintendent of the Joplin School District, shakes hands with Dan Pekarek, Joplin interim city manager, after signing an agreement on Monday for the transfer of Dover Hill Park to the school district at Joplin City Hall. 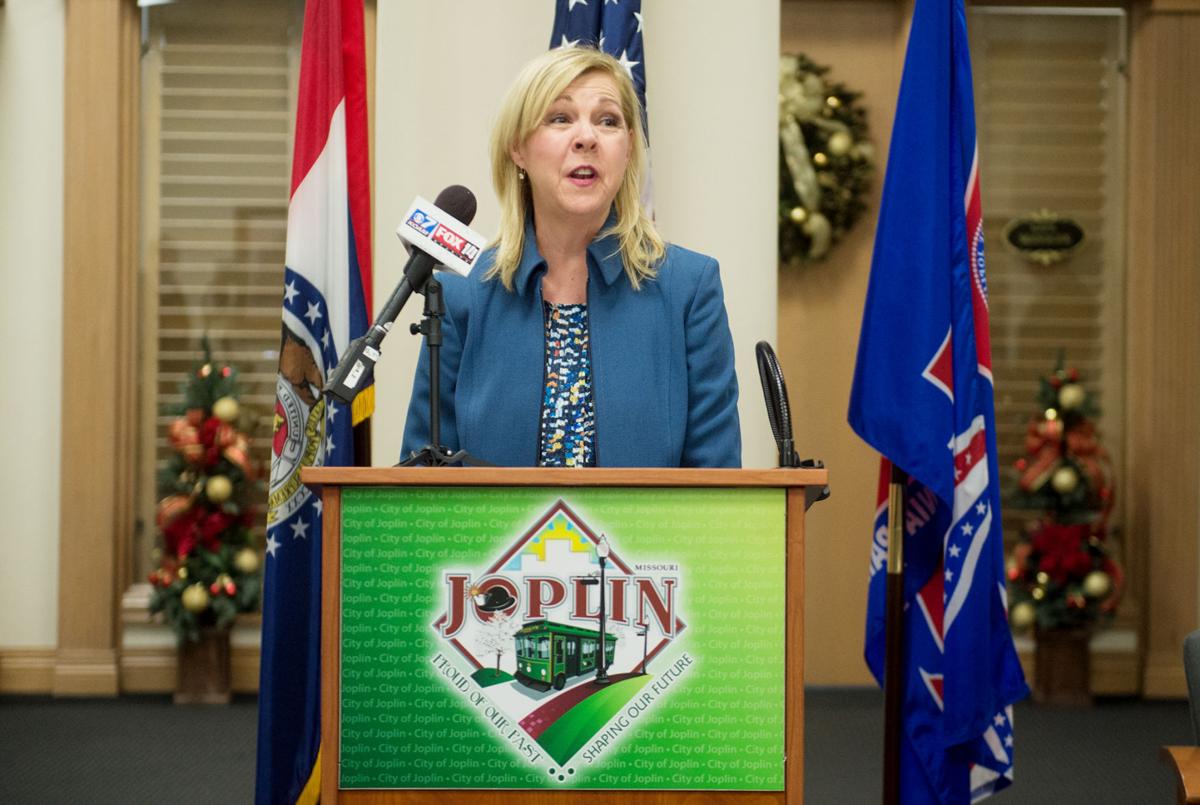 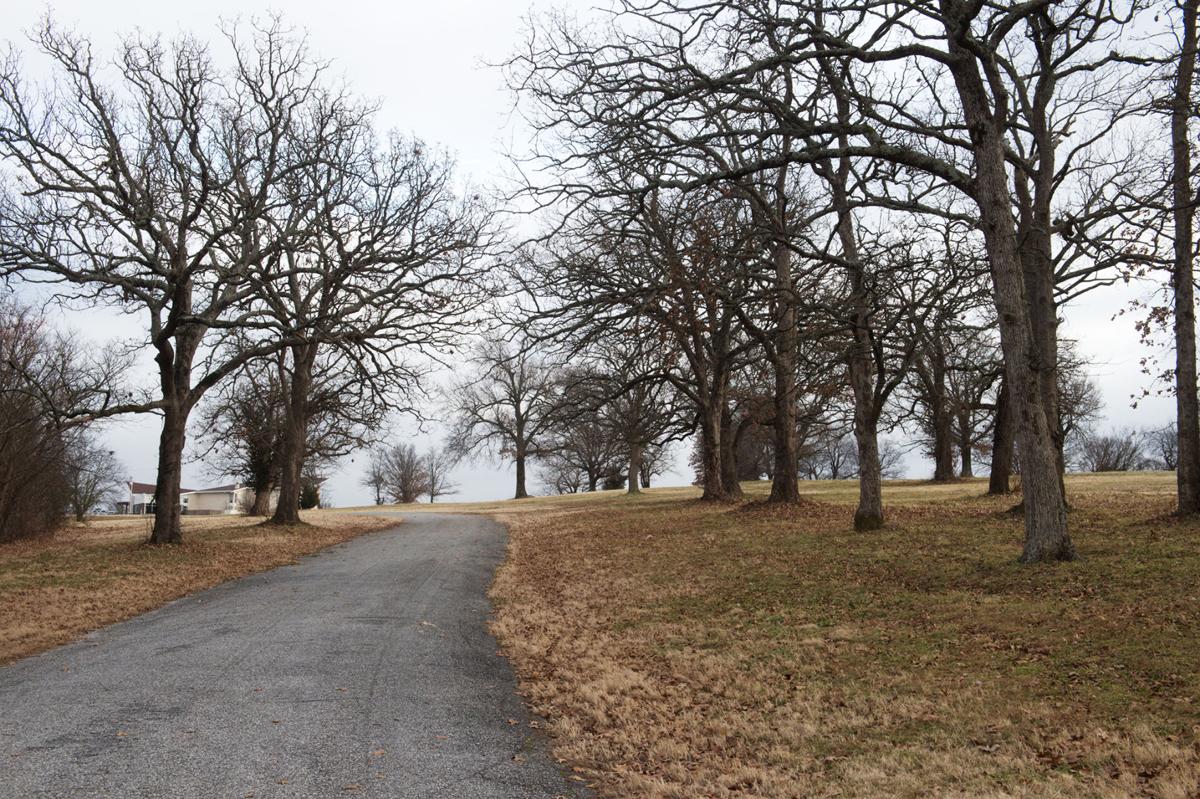 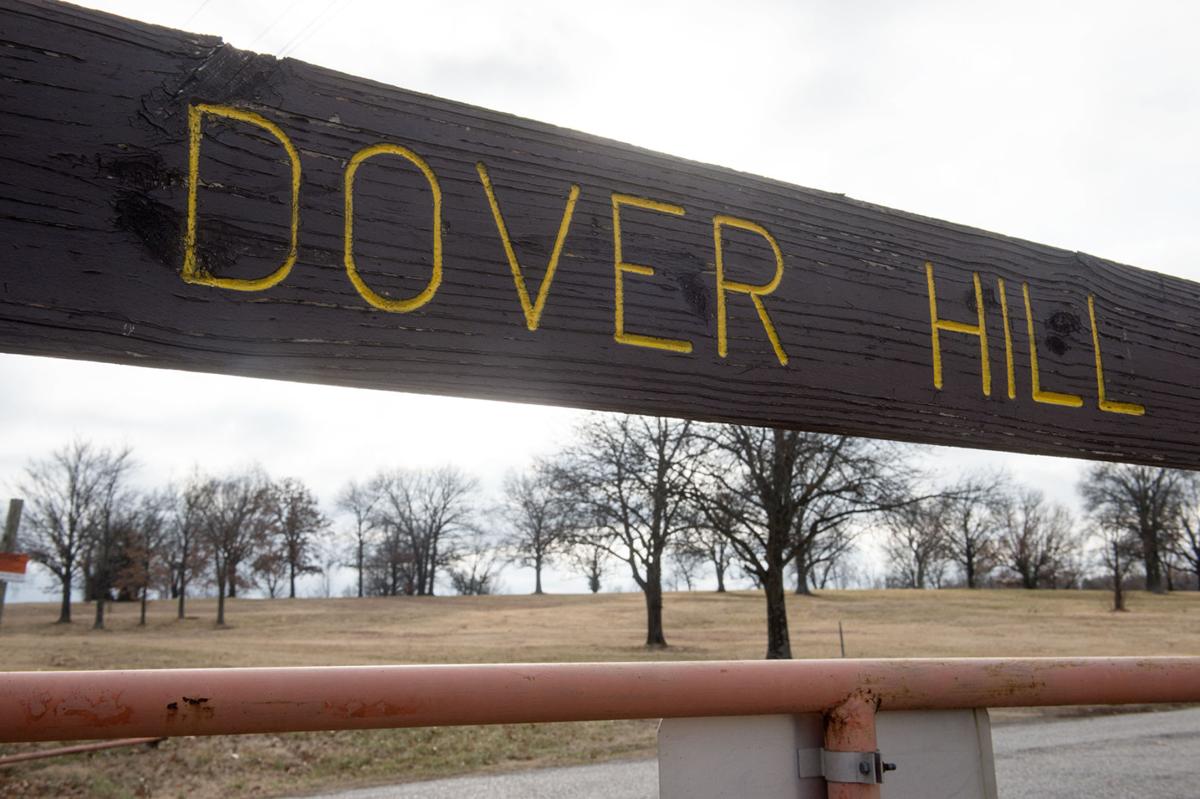 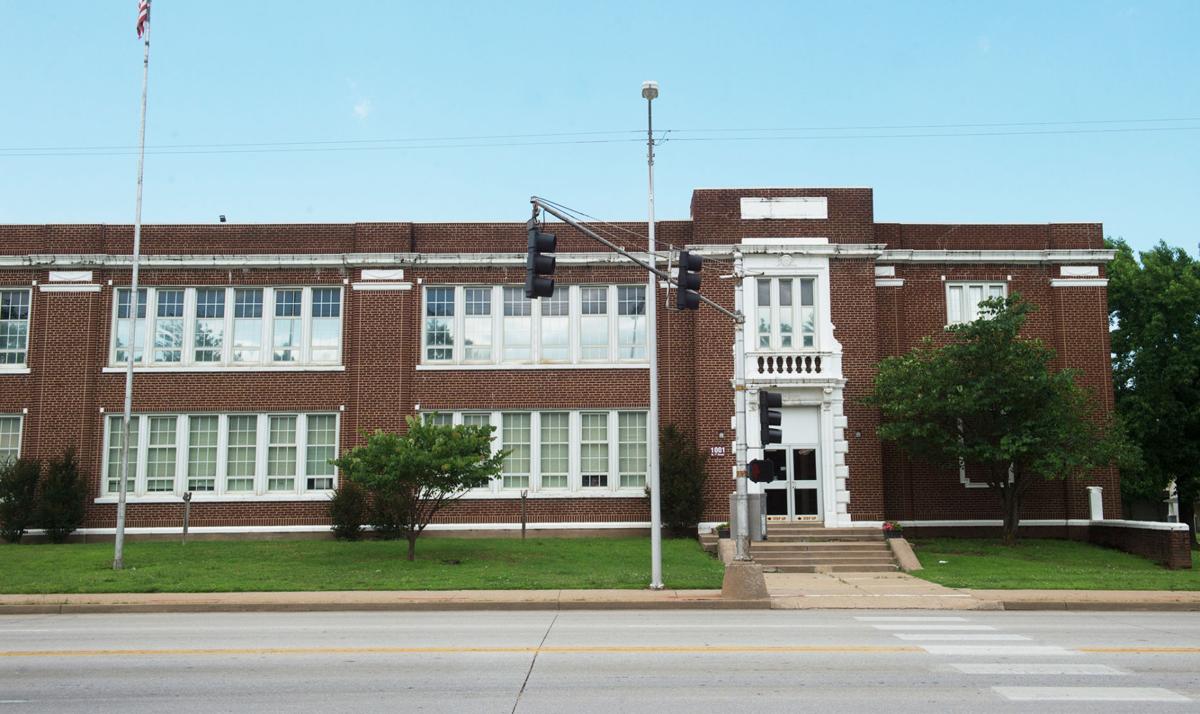 Melinda Moss, superintendent of the Joplin School District, shakes hands with Dan Pekarek, Joplin interim city manager, after signing an agreement on Monday for the transfer of Dover Hill Park to the school district at Joplin City Hall.

The city of Joplin plans to transfer 17.83 acres of property at North Main Street and West Murphy Boulevard, commonly known as Dover Hill, to the Joplin School District for construction of a new elementary school.

The school is planned to replace Columbia and West Central elementary schools, both of which date to the 1920s.

"In order to ensure that students are safe, students are learning, and that we can operate effectively and efficiently, a new site combining those campuses is necessary," Superintendent Melinda Moss said at a news conference Monday at Joplin City Hall. "This transfer of property allows us to move forward with an excellent site to address efficiently our two most aged and problematic campuses in an effective and efficient way."

Mayor Gary Shaw said the Dover Hill property was donated to the city by the William Landreth family in the 1920s for park purposes. In 1940, a second deed was signed by surviving Landreth family members, removing some of the restrictions on the hill itself, although restrictions remained for the rest of the donated park land, according to Globe archives.

"That property sat out there for 91 years, part of it, so it's time for it to be put to good use," Shaw said. "I think it's a good cause. The family wanted it to be used for a park, but I can't help but think what a nice, beautiful new school will look like there coming in for people visiting Joplin from our airport and coming into our city from the north."

Moss said the school district has been in touch with heirs of the Landreth family about the use of the hill for construction of a school. She said the family has pledged to sign another quit-claim deed for those purposes, and the memorandum of understanding mandates that those "deed restrictions on the property ... will need to be released by the Landreth heirs" for the school district to take ownership of Dover Hill.

In searching for a location for the new elementary school, school district officials reviewed nearly a dozen properties. Dover Hill rose to the top of the list because of its proximity to the West Central and Columbia neighborhoods, its low cost, its large size and ease of access to the property, said Sharrock Dermott, school board president.

"Others that we looked at — there were some nearby — they had other challenges, whether you had to move utilities or they were in a flood plain," he said. "Other places that we looked at, the owner was not willing to sell. And other places, it was more difficult to ascertain a price because you were dealing with multiple owners."

Corner, Greer and Associates has already done some preliminary work at Dover Hill to determine whether the land is suitable for construction, said Chad Greer, principal architect. The architecture firm was brought on board the project earlier this fall alongside Crossland Construction Co., the company that will serve as the construction manager.

"Of the other sites we looked at, there was a lot more work that would have gone into getting it ready for construction," Greer said. "We did some preliminary borings on the Dover Hill site because early on we were suspicious that we may encounter rock at a shallow depth, and what the initial borings told us is that it's a great candidate for a buildable site."

Still to be determined is specifically where on the 17.83 acres a new school would be built or how much of that acreage would be used for construction, said Kerry Sachetta, assistant superintendent of operations. The site offers more than double the acreage on which Columbia, at 2.7 acres, and West Central, at 4.3 acres, currently sit.

The transfer of property would be done at no cost to the district or the city, according to the memorandum of understanding. It will be contingent on the passage of a bond issue in the April 2020 election or, if the bond issue fails, from another funding source, including possibly another attempt at a bond issue, within 24 months.

The document also requires the school district to bear the cost of any public improvements to North Main Street or West Murphy Boulevard that might be necessary with the development of a school there, such as designated right turn lanes. The district would pay for a traffic study to determine what might need to be done.

If a traffic light is required by the Missouri Department of Transportation or the city of Joplin anywhere on North Main Street between Murphy Boulevard and Zora Street, those costs also would be borne by the school district.

A feasibility study also will be conducted for pedestrian and bicycle access.

The principals of both West Central and Columbia said following the news conference that they are excited for the project to take its next steps.

"The proximity (of Dover Hill) to both areas is important to us and to stakeholders, and now we can move forward with plans, which is the fun part," said Bret Ingle, West Central's principal.

The new school is planned to house up to 450 students from Columbia and West Central and would cost an estimated $19.6 million.

To pay for the project, a bond issue that would generate revenues of up to $25 million will be submitted for voter approval in April 2020. The bond issue would not raise the tax rate but would extend the length of time that taxpayers pay those rates.

School board members have said a top priority in approving the project was to alleviate safety concerns at Columbia. Cracks in the walls of the new safe room and gymnasium are being monitored monthly by local engineering firms, and surveying firms likewise are monitoring the movement of walls in the original 1920s building. The issues are believed to be largely from poor soil conditions on the property as well as leftover underground mining features.

Administrators have said both Columbia and West Central also have issues such as small classroom sizes, noncompliance with some Americans with Disabilities Act standards, and inadequate space for programs and services.

The construction project also would build an addition at Kelsey Norman Elementary School, which the district has said needs space for programs and services.

The Joplin School District is currently getting a survey conducted of the Dover Hill property to get an official legal description of the site, Superintendent Melinda Moss said.