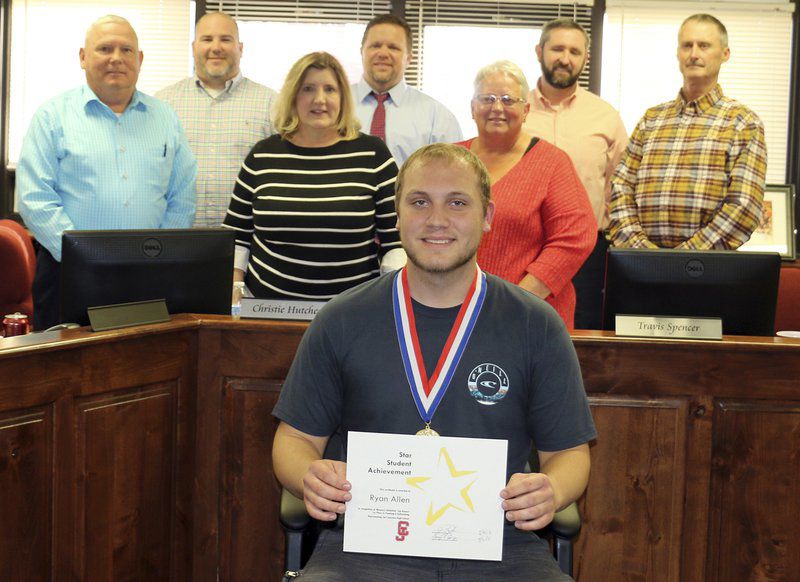 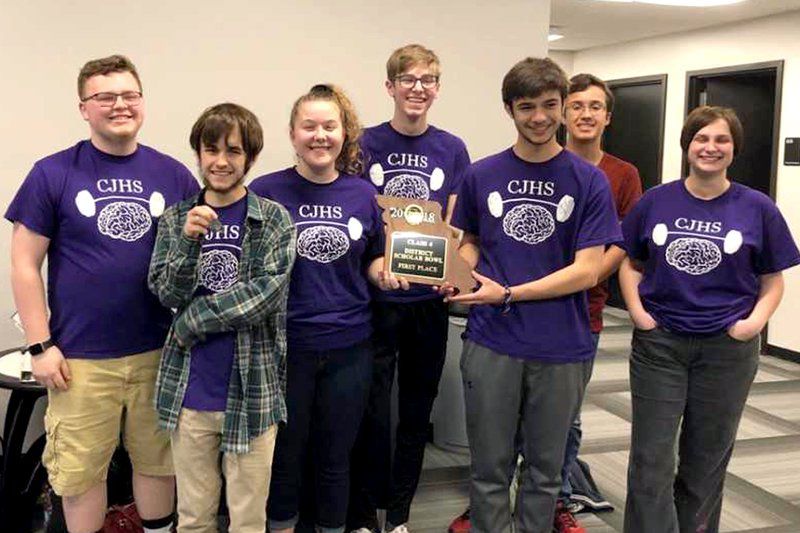 Claire Colson received the University of Arkansas Alumni Legacy Scholarship. This scholarship will guarantee $42,800 over the course of four years.

Dorothy Ostmeyer was awarded a scholarship to the University of Arkansas for academic excellence. This is scholarship equals $48,688 over the course of four years.

• The Retired Employees Association of Joplin Schools has presented a $500 scholarship to a 2018 Joplin graduate.

Jessica Stout, daughter of Wesley and Wendy Stout, was chosen to receive the award. Stout maintained a 4.11 GPA, served as president of the Joplin High School chapter of the International Thespian Society and was a member of both the National Honor Society and the National English Honor Society.

She plans to attend Pittsburg State University as an elementary education major.

Eligible applicants were required to be females residing in the state of Missouri or in Johnson County, Kansas. Scholarships were given in recognition of overall high school records and golf achievements. The Missouri Golf Association is a nonprofit organization whose purpose is to promote the best interests and spirit of the game of golf throughout the state of Missouri.

• SPRINGFIELD, Mo. — A local student attending Missouri State University was honored as the Outstanding Graduating Senior in the School of Acountancy.

Eckels began her studies at Missouri State University as a Board of Governors Scholar. She recently completed a term as president of the accounting club and is a member of two national honor societies: Beta Alpha Psi and Phi Sigma Pi. During coursework toward a B.S. in accounting, she studied internationally in Great Britain and completed work-study internships at KPMG and BKD.

Last summer, her team won the national championship in Los Angeles at the best practices competition for Beta Alpha Psi.

Eckels will begin post-graduate studies this fall at the University of Mississippi.

Scholar Bowl is an MSHSAA activity featuring teams of no more than 10 students, with four students competing at a time. The teams are quizzed on a wide range of questions from academic categories including science, mathematics, social studies, communication arts and fine arts. A five-second response time for questions is allowed, during which time the competitors must press their response button to answer.

The next round of competition will be sectionals against Kickapoo High School. For the past two years, the CJHS scholar bowl team has won the sectional championship and competed at state.

• CARL JUNCTION, Mo. — Carl Junction High School Senior Ryan Allen earned the top honor in painting and refinishing at the state SkillsUSA competition. Allen, who is in the automotive technical program at Franklin Technology Center, impressed the judges with his skill at painting and refinishing, job interview, and written testing skills to become the Missouri first place recipient. He is now qualified to compete at the National SkillsUSA competition this summer.

Allen plans to enlist in the Navy after graduation from high school.

SkillsUSA is a national nonprofit providing an applied instruction method that creates opportunities for enhancing the education of the young individuals who will shape the future of America’s skilled work force. The mastering of job skills along with the development of character traits such as teamwork, self-confidence, positive attitude and leadership are stressed.

Many categories of competition were offered at the state contest this year. Some examples included carpentry, plumbing, cosmetology, architecture design, photography and more.

At the MSHAA State Large Group Music Festival, Carl Junction bands were judged on the scale of Division I “exemplary” and Division II “outstanding” ratings. The following ensembles earned ratings.

• The wind ensemble under direction of Scott Schneider.

• The symphonic band under the direction of Trey Wadell.

• The brass choir under direction of Trey Wadell.

• The woodwind choir under direction of Lauren Hickerson.

At the State Solo and Small Ensemble Music Festival in Columbia, the traditional 1-5 rating system has been replaced at the state level with a gold, silver, bronze system. Carl Junction band students earned the following results:

At the state Solo and Small Ensemble Music Festival in Columbia, choir solos and small ensembles earned the following ratings:

Wilkerson is among the 840 graduates the university recognized following the fall 2017 semester.

He is the son of Craig and Leslie Weston, of Baxter Springs.

• LITTLE ROCK, Ark. — Area student Megan Wallace, of Seneca, graduated with a graduate certificate degree from the University of Arkansas at Little Rock on Dec. 16, 2017.

Megan Byrd, of Carthage; Melissa James, of Carl Junction; and Jacob Matlock, of Carthage, were named to the honor roll for earning a GPA between 3.65 and 3.99.

Derrick Shadwick, of Neosho, was named to the president’s list for achieving a 4.0 GPA.

• LINCOLN, Neb. — Kasey Dana Ogle, of Webb City, was among nearly 3,200 graduates who received degrees from the University of Nebraska-Lincoln during commencement exercises May 4 and 5.

Ogle earned a Juris Doctor with distinction from the College of Law.

Petty Officer 3rd Class Jose Alberto, a yeoman, is serving at Camp H. M. Smith in the area of operations where U.S. Pacific Fleet Headquarters is located. According to Navy officials, the U.S. Pacific Fleet is the world’s largest fleet command, encompassing 100 million square miles, nearly half the Earth’s surface, from Antarctica to the Arctic Circle and from the West Coast of the United States into the Indian Ocean.

As a yeoman, Alberto is responsible for administrative duties including sailor evaluations, fitness reports, awards, mailroom responsibilities and pay-related issues. Alberto earned the Enlisted Surface Warfare Specialist pin in 2017. He also earned a Navy Achievement Medal for assisting the chief yeoman with her duties while stationed in Bahrain. Wallace was among more than 700 students who received degrees.

• MANKATO, Minn. — A local student attending Minnesota State University, Mankato was among the 2,335 graduates awarded degrees at the end of the spring 2018 semester

Charlie Brown, of Joplin, received a Bachelor of Science in mass media.