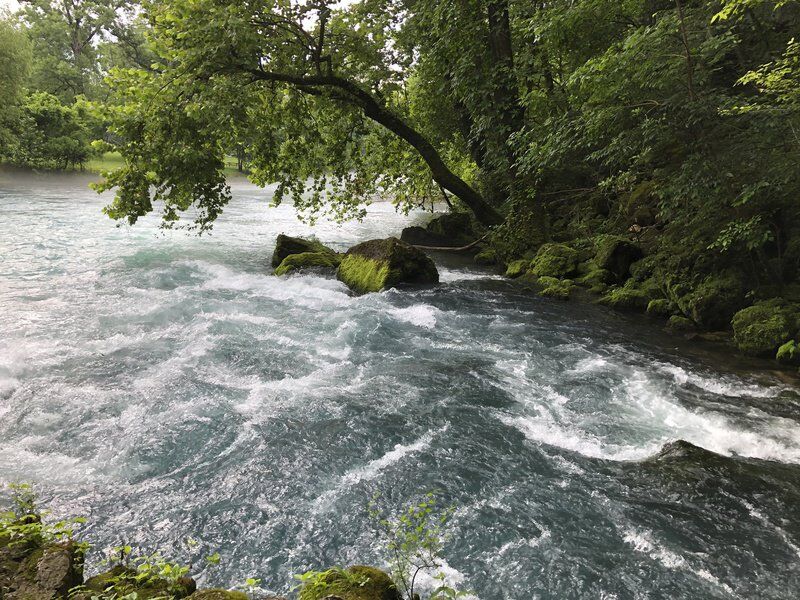 Large springs, like Big Spring on Missouri's Current River, are part of Missouri's water wealth. While the spring and spring branch may be protected, the recharge basin for it and other large springs remain vulnerable. Globe | Andy Ostmeyer 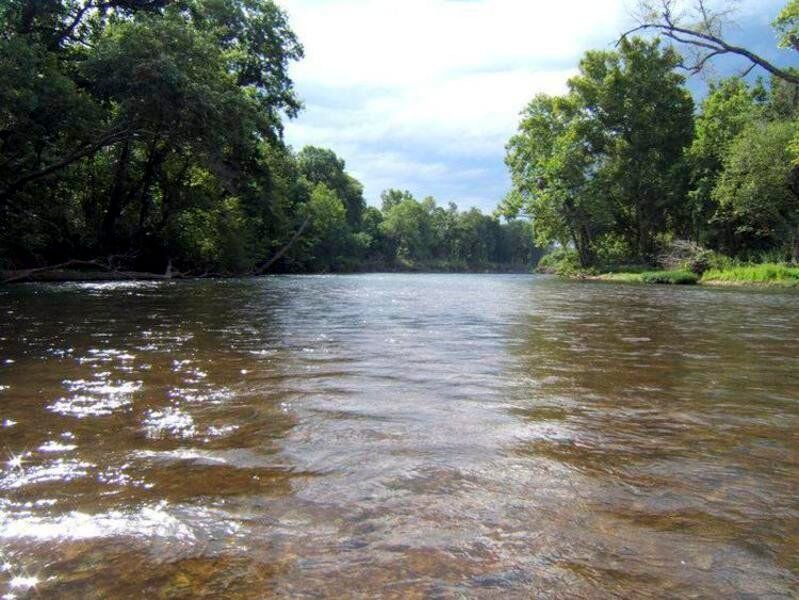 Missouri's Eleven Point River is famous for its cool, clear water. Nearly half of the water, even miles downstream near the Arkansas line, comes from Greer Spring, the water of which at one point was on the verge of being bottled and sold. Globe | Andy Ostmeyer

Large springs, like Big Spring on Missouri's Current River, are part of Missouri's water wealth. While the spring and spring branch may be protected, the recharge basin for it and other large springs remain vulnerable. Globe | Andy Ostmeyer

Missouri's Eleven Point River is famous for its cool, clear water. Nearly half of the water, even miles downstream near the Arkansas line, comes from Greer Spring, the water of which at one point was on the verge of being bottled and sold. Globe | Andy Ostmeyer

Missouri's only National Wild and Scenic River was nearly bottled and sold a few years back. If that had happened, you'd be buying the Eleven Point at Walmart and Casey's today.

There's a lesson in that now that another company — with much larger bottles — is prowling about the Midwest looking for water to ship to desert dwellers.

In 1968, Congress passed the National Wild and Scenic Rivers Act, naming eight rivers and four tributaries in that inaugural class worthy of protection. Included in that list was 44 miles of Missouri's spring-fed Eleven Point.

But Greer Spring, on the upper Eleven Point, pushing out 220 million gallons of water a day, remained in private hands. The spring provides nearly two-thirds of the river's water where the spring branch enters in, and even at Riverton, near the Arkansas line and miles downstream, the flow from Greer Spring still accounts for more than 40% of water in the river. The spring's cold water dictates what fish, vegetation and fauna live in and along the river.

In short, Greer Spring IS the river.

In 1987 — nearly two decades after the Eleven Point was protected — the spring still remained in private hands. August Busch, of Anheuser-Busch fame, having found water from the spring “particularly tasty,” according to reports, proposed buying that spring in hopes of bottling and selling its water — privatizing and exporting water from one of the nation’s inaugural and Missouri’s only wild and scenic river.

Missouri conservationist Leo Drey, of St. Louis, got wind of the deal and stepped in. He recalled in an interview: “There was enough of a fuss that Busch dropped his option, and I was able to acquire the property, which I subsequently turned over (the spring and 7,000 acres) to the U.S. Forest Service in a bargain sale as a key attraction of Eleven Point Wild and Scenic River.”

I was reminded of this incident when I read about recent proposals to send Midwest water to the desert Southwest.

According to the Des Moines Register, an Iowa company, which mines silica sand for use in oil and gas fracking, already has state approval to pump 2.1 billion gallons of water from its wells and from the Mississippi River. They now want state permission to pump 450 million gallons annually for something called the Water Train.

The state had rejected earlier requests, but the company is undeterred.

And last fall, a railway proposed drilling wells in Dakota County, Minnesota, and shipping 500 million gallons of potable water annually to water-poor communities in the Southwest. Again, via the Water Train.

The proposal, according to the Minneapolis Star Tribune, was the first of its kind for that state, and the executive director of the Minnesota Environmental Partnership, a coalition of environmental groups, warned that water is the state's "mother lode of assets."

That's the first lesson for us in the Ozarks — seeing water as the "mother lode of assets." Others already do; if we don't, we're behind.

The desert Southwest isn't the only part of the country looking elsewhere to quench its thirst. Some Kansans periodically float a plan — realistic or not — to pump water out of the Missouri River and pipe it hundreds of miles west to replenish the Ogallala Aquifer.

And I've written before about a scheme a few years ago concocted by Texans who wondered if Beaver Lake in Northwest Arkansas could become a source of water for their fast-growing region. The issue was put this way during a hearing: Provide water to Texans, or have the Texans move to the Ozarks. No one wanted the former; they wanted the latter even less.

The Texans moved on, but that's the second lesson: Demand is coming. This, from Science Daily earlier this month, "Texas' future climate will feature drier summers and decreasing water supplies for much of the state for the remainder of the 21st century — likely resulting in the driest conditions the state has endured in the last 1,000 years."

I followed the Iowa and Minnesota stories to the website of Water Train, "a concept whose time is now," the company boasts. It is just what it sounds like — a proposal to ship water from the Midwest to the Southwest. "Nothing more than delivered bottled water, except our bottles (railroad tank cars) hold more than 26,000 gallons each."

It was that comment that reminded me of the close call for Greer Spring.

Could such a thing happen in the water-wealthy Ozarks, to river-rich Missouri?

I reached out to Bob Bacon, state hydrologist with the Missouri Department of Natural Resources, for some background.

He explained recently that Missouri is a "riparian state," meaning landowners have rights to reasonable use of the water that is adjacent to, passes through or under their property. "This type of water law works well in areas with ample water resources, such as Missouri. However the landowner's water use must be reasonable. If an adjacent land owner(s) is impacted by another user, the impacted user(s) has the right to litigate to rectify the issue. Water right disputes are handled individually on a case-by-case basis."

As a riparian state, Missouri doesn't issue water rights or permits, but it does recognize all users with a capacity to withdraw or divert 100,000 gallons or more per day as a “major water users." They are required to register water use with the state annually.

Bacon wrote: "Generally, the Missouri Department of Natural Resources opposes water export — we believe that Missouri's water resources are for the use and enjoyment of the citizens of the state of Missouri."

He also said DNR's Water Resources Center is aware of the Water Train and has had conversations with other states regarding their opposition and discussions regarding those states’ denial of permits.

"Water resource export to another state would be a very expensive undertaking and most proposals fall flat on the economics of moving this heavy resource long distance (and most likely uphill — west). The Water Train proposal would be extraordinarily expensive and would likely be cost prohibitive to actually implement. Most water diversions of any size require substantial federal government investment to help offset some of this expense. However, the federal government has environmental requirements that must be fulfilled before any project can be advanced. These requirements would be an avenue for the state of Missouri to defend our water resources from export."

I'm grateful Missouri has people on the watchtowers.

It may not be today, and it may not be the Water Train, but pressure to privatize and sell our water is a serious long-term concern. I worry that what we're seeing in the Midwest is a further step toward the commodification and exploitation of a public resource that is fundamental to our survival. The surest way to protect this mother lode of assets is to make sure we have the right state and local laws on the books, and to make sure we have dedicated public-private partnerships working for the long-term protection of Ozark rivers, their springs and recharge basins, as well as our underground aquifers.

That's the train we'd better get on board.

Andy Ostmeyer is the editor of The Joplin Globe. His email address is aostmeyer@joplinglobe.com.