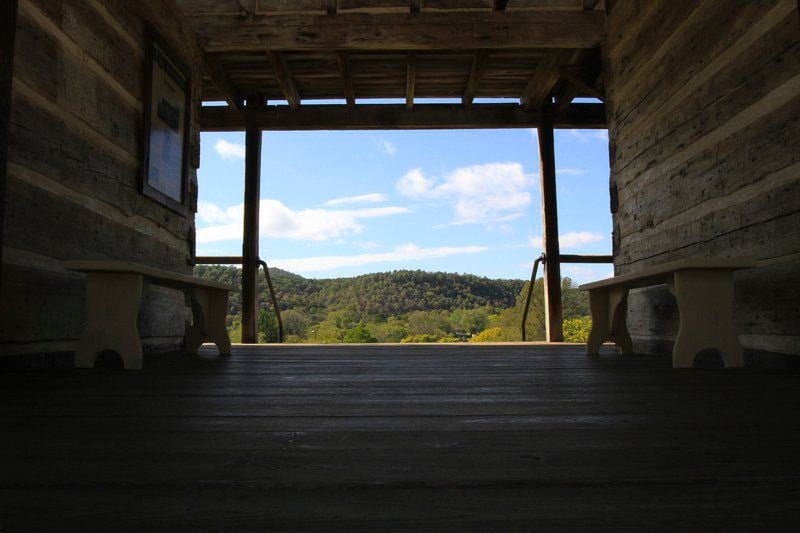 From the breezeway, Jacob Wolf could watch river traffic on the White and North Fork rivers in the Ozarks.Image courtesy Arkansas Historic Preservation Commission 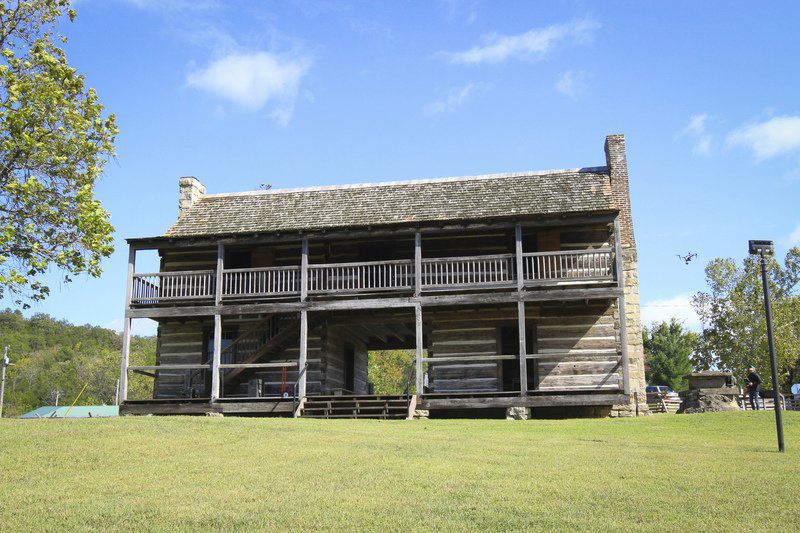 Built in the late 1820s, the imposing log home of Jacob Wolf overlooked the junction of the North Fork and White rivers in the Ozarks.Image courtesy Arkansas Historic Preservation Commission

From the breezeway, Jacob Wolf could watch river traffic on the White and North Fork rivers in the Ozarks.Image courtesy Arkansas Historic Preservation Commission

Built in the late 1820s, the imposing log home of Jacob Wolf overlooked the junction of the North Fork and White rivers in the Ozarks.Image courtesy Arkansas Historic Preservation Commission

Some years back, a friend and I came off a backpacking trip in Great Smoky Mountains National Park only to intersect with a chatty fellow near the trailhead.

"They got that little girl out of the well," he remarked.

My friend and I looked at each other.

He laid out some details about a toddler from Texas who had fallen into a well, only to be rescued after 56 hours, we later learned. We knew nothing of this national drama.

I've been thinking a lot lately about being disconnected. I'm sure it's the pandemic. But then, I was thinking about it before I heard the term "coronavirus." I think about it a lot, given the overload from phones, emails, tweets and Facebook. I follow 125 people on Twitter and can't keep up. I've thinned out Facebook to just family and a few close friends, who also reach out via text. I was on a family thread the other day that carried on into the evening. We just did our first Zoom on Easter. Most days, I get several hundred emails. It's too much. I can't keep up and feel like Sisphyus for even trying.

It doesn't take much on a good day to want to sever ties with what passes for "sivilization." Now pile on top of that fear about the pandemic and the economic fallout and finding a river, and lighting out like Huck Finn becomes a powerful temptation.

Some years back, that same friend and I canoed into Eminence. We had been on the Jack's Fork for a couple of days, fishing through some rainy weather. In town, I took a few minutes to call my wife.

She told me there had been a bombing of some kind in Oklahoma City that morning. Details were sketchy, but it was bad.

We spent another night on the river and then wrapped it up, only to learn later that 168 people had died and that Americans had done this monstrous thing to other Americans. Today, it's what I remember most about that trip.

Much has changed since then. We live in a world much more connected, much more saturated with drama, much harder to escape. Today, not even canoe trips offer refuge. I get phone calls and texts on some rivers now. There was a time when you couldn't get a hold of me at Roaring River; now you can.

Some years back, floating the middle Buffalo on a solo trip, I neglected to shut off my cellphone, which was in a dry bag atop my camping gear. I stopped at what I thought was a promising hole and was cogitating on the three R's of an Ozarks education — whether to throw a Rooster Tail, Rapala or Rebel Craw — when my phone rang. Before the second ring, I cursed the Globe, thinking it was work, only to discover it was my wife, checking up on me.

Disconnecting is great; having someone who loves you to come home to is even better.

Yet even she notes that I've grown irritable.

Given the economic havoc that rode in like a fifth horseman with pestilence, my wife wondered the other night if we should cancel a trip I planned for us this fall to the bottom of the Grand Canyon. The bottom of the canyon is a favorite of mine. It's maybe one of last places in America where you can't get a phone call, text or tweet. When she said that, I thought my head would explode.

I am become Ishmael, needing escape to my own "watery part of the world."

"It is a way I have of driving off the spleen and regulating the circulation. Whenever I find myself growing grim about the mouth; whenever it is a damp, drizzly November in my soul; whenever I find myself involuntarily pausing before coffin warehouses, and bringing up the rear of every funeral I meet; and especially whenever my hypos get such an upper hand of me, that it requires a strong moral principle to prevent me from deliberately stepping into the street, and methodically knocking people’s hats off — then, I account it high time to get to sea as soon as I can. This is my substitute for pistol and ball."

So it is with Ozarks rivers when I am splenetic, overcome with the urge to take a swing or two, even at people who don't wear hats. It's high time to get to one.

Henry Rowe Schoolcraft spent three months exploring the Ozarks in 1818-1819. At one point, he and a companion wandered 20 days without seeing anyone else. That sounds about right.

Descending the White River, they came to the mouth of the North Fork. There, they met a trader paddling upstream with the remains of a barrel of whiskey for barter. Schoolcraft hoped he might get an update on the "civilized world." The trader was of no help.

Schoolcraft wrote: "He knew, forsooth, that he was living under the United States' government and had some indefinite ideas about St. Louis, New Orleans and Washington; but who filled the presidential chair, what Congress was deliberating upon, whether the people of Missouri had been admitted to form a state, constitution and government and other analogous matters, these were subjects which, to use his own phraseology, 'he had never troubled his head about.'"

Imagine being that disconnected. Yet even that was short-lived.

Some years back, that same friend and I paddled our canoe through the Lower Buffalo Wilderness, swung into the White and let its swift, cold current sweep us 11 miles downstream to the mouth of the North Fork, where Schoolcraft's conversation had occurred in January 1819. We took out at a gravel bar, and I wandered up the hill to the Jacob Wolf home. Built in the late 1820s, it is considered the oldest surviving building in the interior Ozarks.

It's still there, imposing, two log stories with a dogtrot in the middle of the two pens on the lower level.

Wolf arrived at the junction of the rivers not long after Schoolcraft, operating ferries on both rivers. His home soon doubled as a river port, trading center and county courthouse. The Encyclopedia of Arkansas reports: "Judges and lawyers traveled from distant parts of the territory to appear at the regularly scheduled county and territorial court sessions. The lower level housed the county clerk’s office. ... Families from throughout the county camped on the courthouse grounds when court was in session, socializing and competing in games."

Within a decade, it went from near isolation to a busy campground with a quarrel (collective noun) of lawyers. Time to light out.

I'm not advocating being ignorant of our national dramas. Or indifferent. I'm just saying there's virtue to disconnecting once in a while, if not to escape the pandemic, then for sanity's sake.

Andy Ostmeyer is editor of the Joplin Globe.