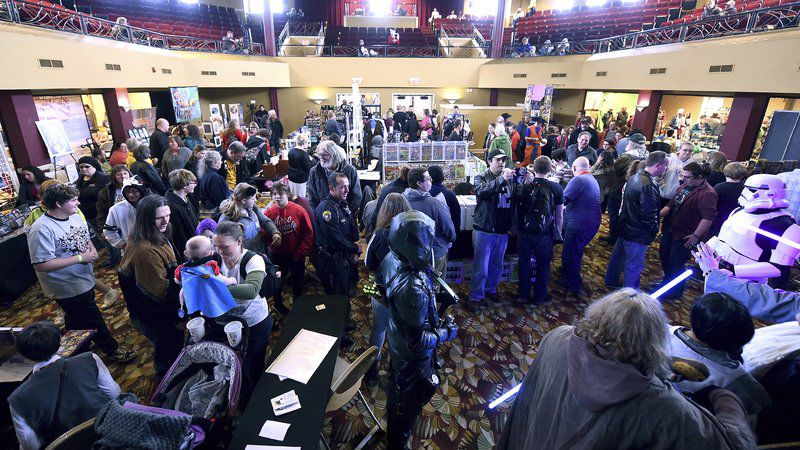 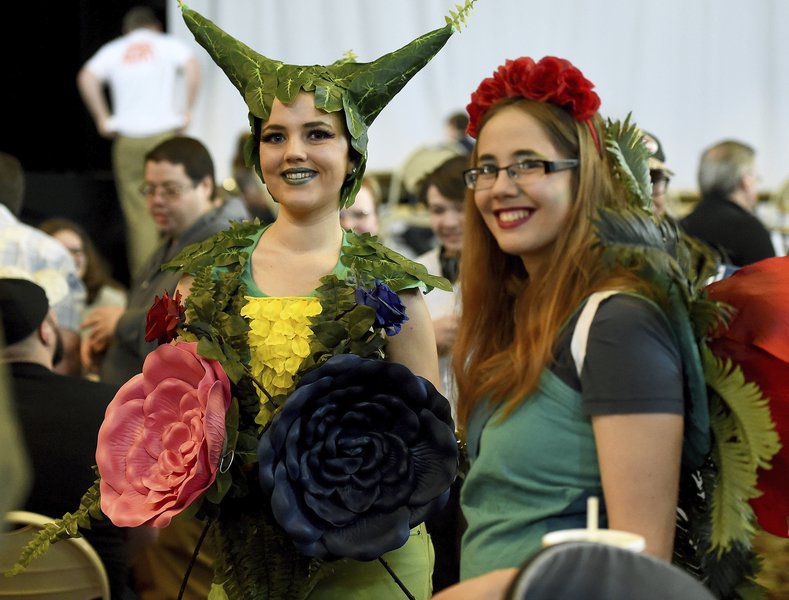 From the left: Deborah Prine, of Neosho and Janie Robinson, of Joplin, dress as Pokemon characters Ivysaur and Roselia during last year's Neosho Arts Council's Artcon. This year, the action is moving to Neosho's Carver Elementary School. Globe | Laurie Sisk

From the left: Deborah Prine, of Neosho and Janie Robinson, of Joplin, dress as Pokemon characters Ivysaur and Roselia during last year's Neosho Arts Council's Artcon. This year, the action is moving to Neosho's Carver Elementary School. Globe | Laurie Sisk

Horror fans will remember this Little Rock-born actor as the sniveling Harold Lauder from the 1994 ABC adaptation of Stephen King’s novel “The Stand.” More than a decade later, he played Jonas Quinn in the popular “Stargate SG-1” series.

Nemec will be the featured celebrity speaker and guest during Saturday's second annual ArtCon, sponsored by the Neosho Arts Council. He will be on-hand signing autographs, posing for photos and participating with a panel of fellow actors and artists.

“We see the connection between the fine arts and the creation of pop culture — it’s all art,” said NAC president Sarah Serio.

“We will have more featured guests, a larger artist alley and more vendors,” Serio said. “We have seven featured guests, including (Nemec) ... but our lineup of comic book artists and authors shouldn’t be overlooked — Phillip Hester, Aaron Kuder, Ande Parks, Kevin Dilmore and Dayton Ward.”

A familiar face at this year’s convention is Joplin’s very own Jeremy Haun.

“While Haun is a local comic artist ... his work has an international audience,” Serio said. “Not only has he drawn for books such as ‘Batwoman’ and ‘Batman,’ he’s now known for books he’s creating such as ‘The Red Mother’ and ‘The Realm.’ All of our artists have contributed to some of the most well-known comic books on shelves today, such as ‘Wonder Woman,’ ‘Green Arrow’ and ‘The Fantastic Four.’”

Roughly 1,000 people attended last year’s inaugural event. Because that number is expected to substantially increase this year, ArtCon has moved to a new location — Carver Elementary School, at 12350 Norway Road in Neosho.

There are two planned panels. The first will be centered around Nemec, who will speak about his thoughts and approach to acting.

“Art,” he’s said in the past, “is about expressing the true nature of the human spirit in whatever way one wishes to express it. If it is honest, it is beautiful. If it is not honest, it is obvious.”

The second panel, called “YouTube vs. Podcasting” and hosted by JP Pool of “EgoTastic FunTime” with guest podcaster Pop Goes the Culture, will debate the pros and cons of both platforms, Serio said.

ArtCon is the NAC’s main fundraiser for supporting and promoting an appreciation of arts in Neosho, she said, which includes holding free community concerts in the park, sending students on art field trips and restoring historic murals and hosting a wide range of public events.

“We hope the impact of ArtCon is twofold: one being that it supports working artists in the pop culture field while offering a fun event for the area, and second, it helps support working artists, musicians and actors in our area while exposing people of all ages to art, dance, music, theater and opera.”

Tickets, which range from $5 (general admission) to $35 (gold panel pass), can be purchased at neoshoarts.net until 9 p.m. tonight or at the door on Saturday.