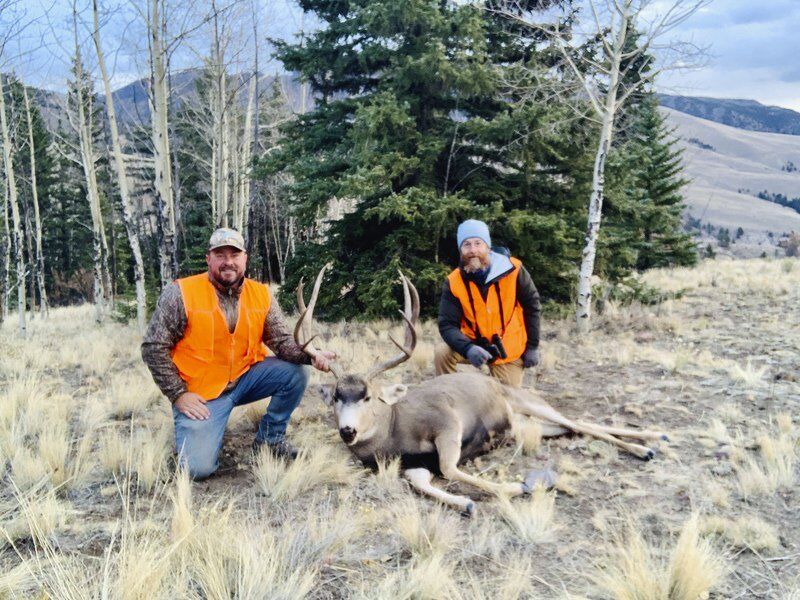 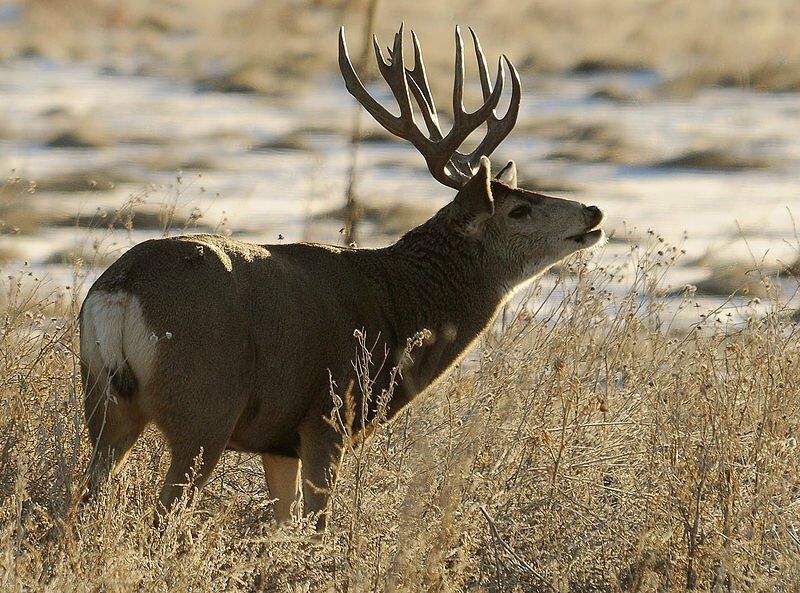 Mule deer get their name from their large ears.Photo courtesy U.S. Fish and Wildlife Service 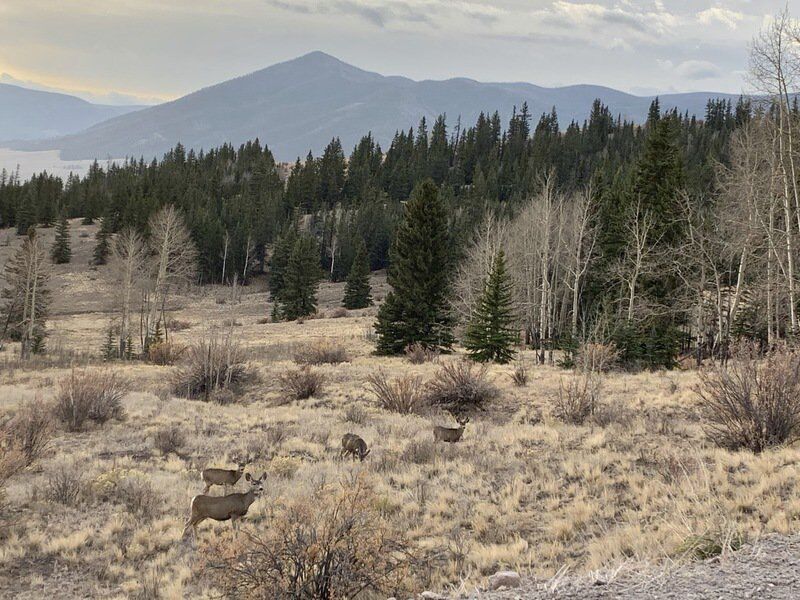 Mule deer live in some of the most beautiful Rocky Mountain habitat.Photo courtesy Brandon Butler

Mule deer get their name from their large ears.Photo courtesy U.S. Fish and Wildlife Service

Mule deer live in some of the most beautiful Rocky Mountain habitat.Photo courtesy Brandon Butler

Eight years is a long time to wait for a deer tag. Yet, it’s only a fraction of the 30 I spent dreaming about wrapping my hands around the antlers of a big Colorado mule deer. After building preference points and planning for the better part of a decade, I finally made a lifelong dream come true.

Some of my earliest memories pertaining to hunting are of my grandfather and his buddies returning from trips out west with a trailer full of deer. Each year, Grandpa, Harold, Bob and occasionally others would load up an RV with a trailer in tow and point their ship toward the Rocky Mountains. They hunted Montana and Wyoming, but their regular destination was Northwest Colorado, around Meeker and Craig.

Their trips occurred for about 20 years from the late 1960s through the 1980s — long before the technological tethers of cellphones, email and all the other modern means of keeping track of folks were in play. While they were gone, they were free, completely off the grid with no communication from home or work to interfere with their vacation. They left the world behind.

For many years, they brought along a 16-millimeter film camera and made movies. Our family transposed them onto DVD after Grandpa died. Watching him and his pals pretend to be cowboys on horses while carrying sidearms is priceless.

These trips inspired me so much, I moved to Colorado immediately upon graduating from college. One of my lifelong friends, Jeremy James, moved out there with me. We rented an apartment north of the city, and I figured I’d become a part-time mountain man while holding down a job in Denver. Well, that didn’t work out like I thought. Denver is such a big city, it makes going to the mountains a lot tougher than most suspect. After only nine months in the state, I was promoted to Montana. There was no mule deer hunting during my short time in Colorado.

I met Steve Brigman at an outdoor communication conference around six or seven years ago. I was drawn to him, like I am many of the seasoned outdoor writers who’ve been around awhile, because his stories were fascinating. Steve is a retired a newspaperman and book author, but more so, he is an adventurer. His tales of time spent working in Alaska and volunteering for missions in Mexico are the sort of stories that push me to expand my own boundaries.

Steve and his wife, Kathy, own a beautiful log home just outside of South Fork, Colorado, right on a Gold Medal trout fishing section of the Rio Grande River. When Steve invited me to come out to deer hunt with him, I eagerly accepted and began researching the units in the area. I settled on one I really thought would give me a good chance of tagging a mule deer buck of a lifetime. The only problem was, it took seven or eight preference points to draw a tag in the unit. At the time, I only had five. So I patiently built points for a few more years and was lucky enough to draw a tag this year for the second rifle season.

Jeremy, who has remained living in Denver since we moved there nearly 20 years ago, joined me for the trip. I was really glad to have him along simply to spend time together but also to help me haul a deer out of the mountains had I shot one. As it turned out, that wasn’t the case.

I made it out to Steve’s on Thursday afternoon, which gave me that evening and Friday to scout. I hoped to locate some deer and possibly a specific buck to hunt. No such luck. After riding more than 80 miles of mountain trails to glass different areas, I’d found one buck, and it wasn’t what I was looking for. My unsuccessful scouting left me anxious.

I went into opening morning with just a tip from a local that drove me up to 12,600 feet of elevation. I saw four bighorn rams, a moose and a couple dozen elk but not a single deer.

Sort of dejected, Jeremy and I headed to town to regroup over lunch. On the way down the mountain, I stopped to talk to a few locals standing by the road. I half-jokingly asked them if there were any deer in the unit. They laughed and said they have to dodge them on the way to town every morning. I had thought the area they were telling me about was all private land, but they showed me a small access point of public land that unlocked a whole lot of opportunity.

Jeremy and I spent the afternoon glassing more than 50 deer. Almost all of them were does and fawns, but we did see a couple of small bucks. As we were leaving, the big boys began to come out. Just 13 minutes after legal shooting light ended, we saw him. The buck of my dreams. I told Jeremy, we’ll be back here in the morning to find this buck. We did. I killed him nine minutes after legal shooting light — a gorgeous, public land Colorado mule deer.

Trips like this don’t come about every year. For some, it may be a once-in-a-lifetime opportunity. Putting in the time and effort to build up the necessary preference points and going through all the planning may seem like too much work for a deer. But when it’s your best deer and it fulfills a lifelong dream, all of the effort is worth it. I just hope Grandpa is proud.

If you want to hear much more about this hunt, check out the recent episode of the Driftwood Outdoors Podcast to hear me and Jeremy discuss the hunt in depth.

See you down the trail.