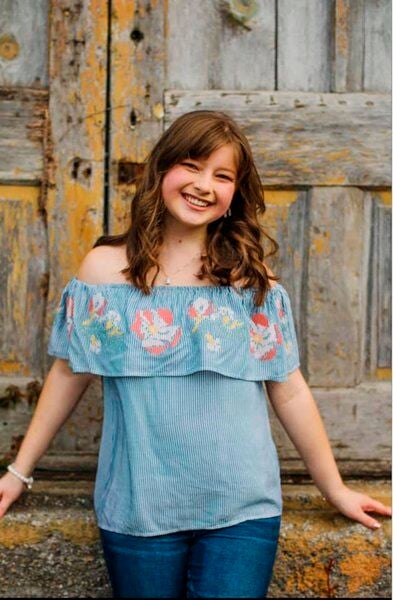 Rylee Schroeder, 17, posed for this senior photo in between treatments for a rare combination of diseases. Courtesy | Megan Schroeder 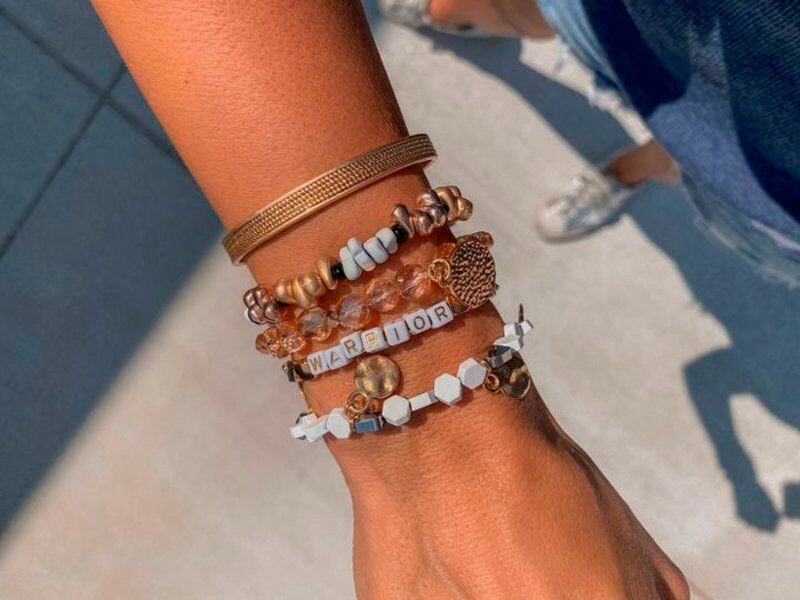 These bracelets are being worn by Neosho High School students and others to support Rylee Schroeder. Courtesy | Megan Schroeder

Rylee Schroeder, 17, posed for this senior photo in between treatments for a rare combination of diseases. Courtesy | Megan Schroeder

These bracelets are being worn by Neosho High School students and others to support Rylee Schroeder. Courtesy | Megan Schroeder

Since late June, life has changed for Rylee Schroeder and her parents, Megan and Levi Schroeder.

It was then the Neosho High School senior sought help for extreme fatigue, shortness of breath, nosebleeds and more. The symptoms, combined with a previously diagnosed issue with low platelets, led Rylee’s pediatrician to run a series of lab tests.

The news sent the family first to Freeman Hospital West in Joplin, and then Children’s Mercy Hospital in Kansas City.

Megan said her daughter is only the 36th patient known to have this combination of illnesses, which have progressed to bone marrow failure.

On Friday, Rylee received a stem cell bone marrow transplant at Children’s Mercy in Kansas City, thanks to a donation from her 12-year-old brother Colin.

Megan said her son was a 12/12 match for Rylee. Typically, doctors look for a 10/10 match, or a 5/5 match with a parent. The Be a Match Donor Registry located four 10/10 matches, two donors in the United States and two international donors.

If everything goes well with the transplant, doctors hope to see Colin’s stem cells begin to take hold in Rylee’s body between Day 14 to Day 21, post transplant.

Through everything, Rylee and her family are relying on their faith, as well as support from friends at Racine Christian Church and within the community of Neosho, to get them through the tough days.

“We are lucky to have a great church and thankful Sunday serves are online on Facebook,” Megan said. “We may not be there, but we still feel a part of it, and they are always ready to lift us up.

“Many times, I’ve thought I’m not strong enough to do this, but I’m reminded that I am. We are so tired and weary but (God) has us.”

Megan said she’s used to being the one to offer help through giving and volunteering. Now their family is on the other side, leaning on the support of others.

“Our faith means everything to us,” Megan said. “Without it, we wouldn’t be doing as well as we are. It’s hard enough as it is. If you don’t have something to believe in with your whole heart to guide you and lean on, you would just be lost. It would be overwhelming to take it on yourself.”

Rylee, who turned 17 shortly after her diagnosis, is active in the NHS show choir, choir, Key Club and FCA.

A member of the Racine Christian Church youth leadership team, she was also slated to go to Ireland this summer — pre-pandemic — with the church’s mission team.

This past Thursday, Rylee was highlighted at the NHS volleyball game for childhood cancer awareness month. On Friday, she was recognized at the home football game.

Members of her show choir helped start a Go Fund Me account earlier this summer to help the family with travel expenses to and from Kansas City. Her youth minister has since created another one to help with the coming months.

Megan said the family always helps at Solomon’s Dance Studio recitals because the owner, Charity, uses the lessons to teach children to love dance and to love others as well as themselves.

Rylee was able to to attend the recital to watch her sister Erin dance. On the last day of the recital, Charity asked the entire family to come forward, offering prayers over the entire situation.

Rylee’s small group from the church, which meets on Wednesday evenings, livechats with her, allowing the teen to continue to be part of the discussions.

Before Rylee was admitted to begin the chemo needed prior to the transplant, she asked to rededicate her life to Christ. Megan said she wanted to feel his strength renewed as she went into the fight.

“Our close friends all stayed behind after church that Sunday, even though it was last minute, to be witness to her baptism,” Megan said. “They are some of our strongest supporters. We would be lost without them.”

Megan said those friends, steeped in faith, give her strength to sit at the hospital, holding Rylee’s hand.

“I can reach out to any of them to start praying with me to help make me feel stronger when I feel I am failing her,” Megan said. “I know God’s got this. He is strong all the time even when we can not be strong.”

Many of Rylee Schroeder’s friends are wearing a “Rally behind Rylee” bracelet featuring Isaiah 41:10: “So do not fear, for I am with you; do not be dismayed, for I am your God. I will strengthen you and help you; I will uphold you with my righteous right hand.”

A family friend made them to distribute to members of the community. A limited number remain. Information about the bracelets, and Rylee’s journey, may be found on a Facebook page, Rally Behind Rylee.

Paul Dean Hutson, 65, of Joplin, Missouri, passed away August 27, 2020. He was born March 21, 1955, in Kansas City, Kansas, to Paul and Maydell Hutson. He was preceded in death by his son, Anthony Paul Hutson, a sister, Kathy Culp, a brother-in-law, Rick Culp, and his parents, Paul Eugene an…

MONETT, MO - Rhonda Plummer, 56, a homemaker, passed away Tuesday, October 20, 2020. A celebration of life will be held at a later date. Arrangements are under the direction of Ozark Memorial Park Crematory, Joplin.