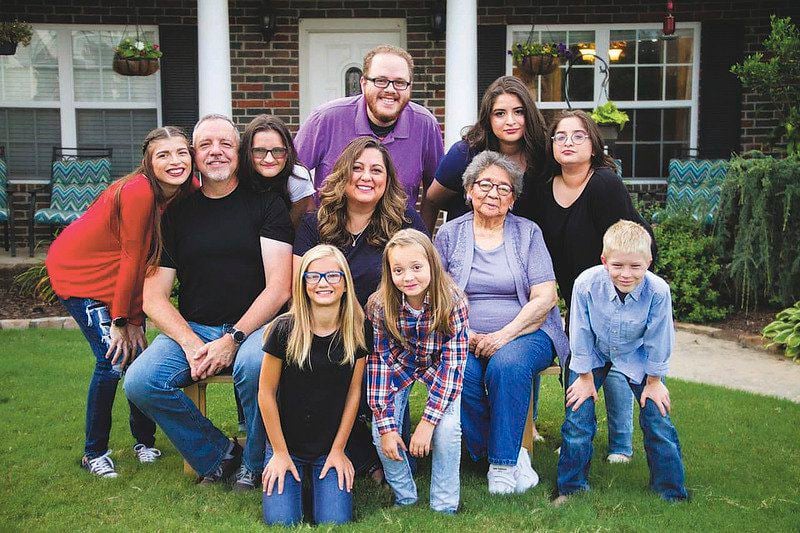 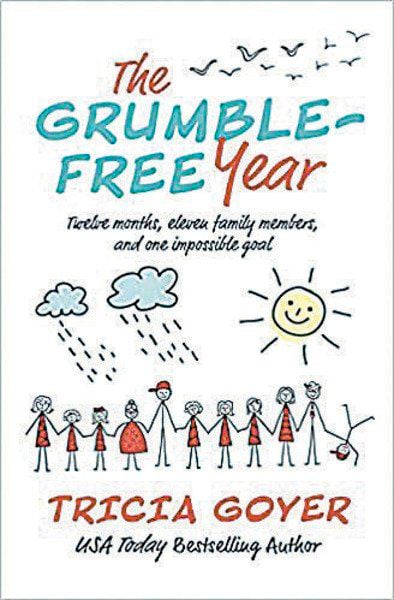 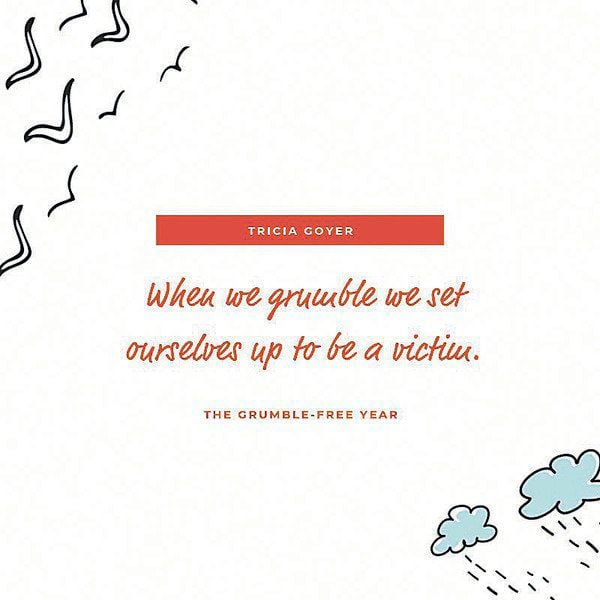 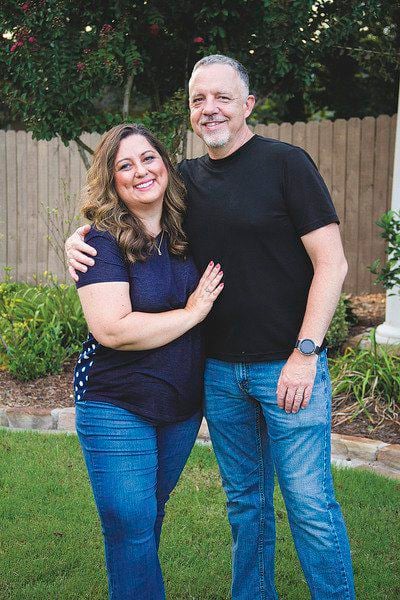 Tricia Goyer and her husband, John, embarked on a yearlong quest to go “grumble-free,” leading the bestselling fiction author to write her latest book about the life-changing effort.Courtesy | Tricia Goyer

Tricia Goyer and her husband, John, embarked on a yearlong quest to go “grumble-free,” leading the bestselling fiction author to write her latest book about the life-changing effort.Courtesy | Tricia Goyer

What happens when a three-generation household, with ages spanning from 6 to 90, decides to set aside a year learning to be “grumble free.”

The answer not only allowed bestselling Christian author Tricia Goyer to write a book, but it also changed the lives of everyone living in the home.

Goyer, who lives in Little Rock, Arkansas, frequently visits her fans from Southwest Missouri in nearby Branson or Northwest Arkansas and is also a frequent speaker at home-school conventions.

From August 2017 to 2018, the family decided to strive to become grumble-free — from the youngest member, Casey, to the eldest, Goyer’s grandmother, Dolores. Each strived to improve his or her attitudes about life.

The idea was sparked during a family road trip to Seattle. During the trip, Goyer often heard choruses of “she’s looking at me” or “she’s touching me.”

Flash forward to a recent road trip, where Goyer took five of her children with her on a business trip to Nashville, Tennessee.

“It was such a peaceful ride,” Goyer said. “I realized they were less grumbly, had a lot better attitudes.

“(The experience) changed them and our awareness of grumbling as a family. Now that it’s been a couple of years, I can see how things have changed and how everyone works to help the family union.”

The decision to go grumble-free came as the family, which includes seven adopted children and two sibling groups, continued to mesh into a new unit Goyer affectionately hashtags #GrowingUpGoyer.

“As a family, we’ve had the hard stuff around adoption and just wanted to help our children develop a more positive attitude,” Goyer said. “We have kids who all grew up in different families coming together. Sometimes there’s a lot to grumble about.”

Goyer was looking for something to bring about positive changes within the household, especially as she and her husband, John, began planning to take their children on a cruise.

“I knew we wouldn’t be perfect,” Goyer said. “When I was outlining this idea to my agent, she said, ‘Oh, that would make a great book.’”

Goyer said she found writing the chapters, while she and her family walked through the year, was a definite help.

“I knew building accountability would be the first step for us to be successful,” Goyer said, adding that the accountability helped her family keep moving forward, even when things became difficult.

While other stories — especially her works of fiction — could be crafted in a way where Goyer knew the ending beforehand, this challenge was a day-to-day experience.

“Right away, I knew it wasn’t working out like I planned,” Goyer said. “Along the way, I made a discovery. This wasn’t about trying to change how people act on the outside, it was all about inward changes within our hearts.”

Instead of being about “catching” her children grumbling, it became a way to develop positive reinforcements in their lives.

It also taught Goyer to develop ways to talk with her family about grumbling without making it a negative conversation. She also incorporated prayer and Bible study into the mix.

“It made us go even deeper, to talk about why we grumble in the first place,” Goyer said. “In the end, it’s about selfishness and wanting our own way.”

One area in which Goyer saw the most change revolved around chores assigned to various children — especially with her then 12-year-old daughter.

“Every time I asked her to do a chore, she would complain,” Goyer said. “She was the biggest complainer, and it was so frustrating.”

Instead of nitpicking her daughter as she completed her chores for what she was doing wrong, Goyer found herself praising her for what she did right.

“The more I started praising her, the more she didn’t grumble,” Goyer said. “It became a positive cycle instead of a negative cycle. Now two years later, the one who grumbled the most has become the hardest worker because we poured positive affirmation into her [life].”

For Goyer, the discovery changed how she approached parenting, which she said made a huge difference in the family.

“I learned if I wanted my kids to do something different, I needed to help train them and affirm them,” Goyer said. “When it comes to potty training, riding a bike or something else, we teach and reward them. But when it comes to attitude, we tend to forget that.

“If we want them to learn to quit grumbling or to speak kindly to someone, we have to show them how to do it. We have to guide them and train them. When we take time and teach and praise our kids, they really will rise to the occasion.”

Goyer compares the grumbling process to riding a dirt bike down a muddy path. The bike often becomes mired down in mud and stuck in a rut.

She said moving towards gratitude — verses grumbling — comes as the rider finds a way to refocus, leave the rut behind and discover a new path.

Goyer admits the book — and her family’s experience — wasn’t perfect. By the middle of the grumble-free year, she was worried the entire process was failing.

“As a writer, I’m used to being able to mold where the book is going,” Goyer said. “In the middle, I told my agent I didn’t know how it would work out, because I couldn’t control how everyone reacted.”

Her agent simply responded “Good,” and told her to keep writing.

“There’s a vulnerability in writing this book,” Goyer said. “As a writer, we want to find all of the answers for people.”

The book comes complete with some of the struggles the Goyers faced as they strived to go grumble free, not for the short term but for the long haul.

“This is not a quick fix for parents,” Goyer said. “I thought of where I wanted my kids to be in one year, then five years and then worked slowly towards it. Over time, things improved when we put time into it.”

Goyer hopes readers can look at the book and find ways to implement some of the strategies in their own families.

“This can make a difference when it comes to grumbling,” Goyer said. “You can work towards having gratitude as a family.

“We’re a crazy big family who has become more grateful and less grumbly.”

Want to go grumble free? Tricia Goyer has developed a 30-day “Grumble Free Challenge” which is available for free at www.triciagoyer.com/grumblefreeyear. For 30 days, participants will receive an email, outlining different gratitude practices which can be incorporated into their lives.

Goyer said choosing to go grumble free helps a person or family focus on gratitude, even during the difficult days — which often include the holidays.

As she launched the book, Goyer and her family found themselves going through some hard things within their family. Stuff she said, which comes from having children who experienced trauma in their past.

“For me, It’s shown me how to turn my mindset — the thing I can control — and be thankful,” Goyer said.