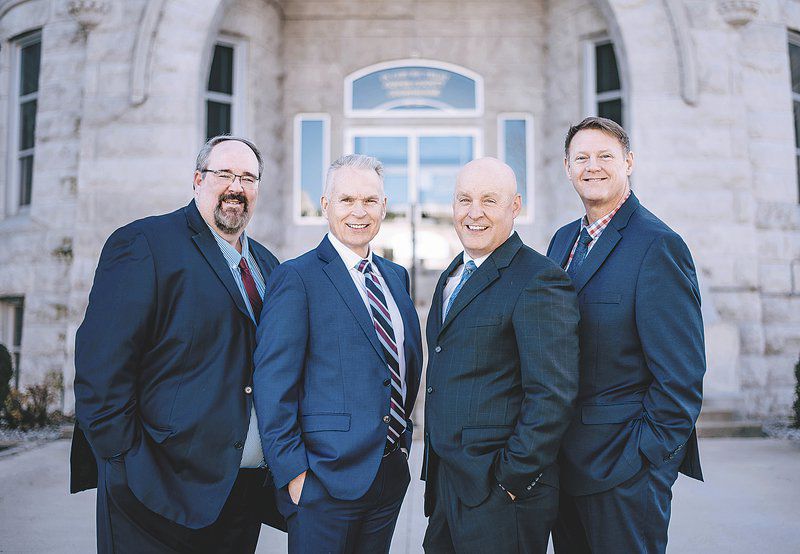 The four members of The Missourians — Troy Wade, Patrick Boyer, Jason Percy and Scott Luton, the quartet’s newest member — have a common goal: to sing to a world that’s in need by using their unique interpretations of gospel music. Courtesy | The Missourians 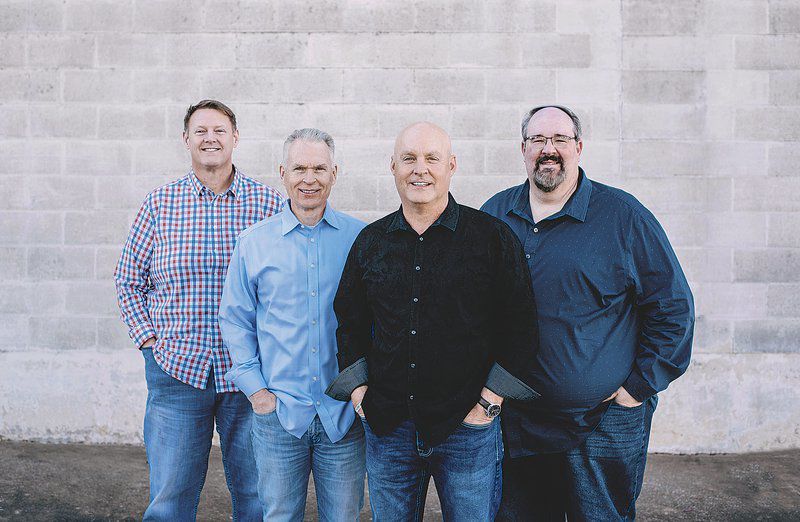 The Missourians, the area's popular Southern gospel quartet, will be holding a free concert tonight in Oswego, Kan., and usually can be found at a local church near you. Courtesy | The Missourians

The four members of The Missourians — Troy Wade, Patrick Boyer, Jason Percy and Scott Luton, the quartet’s newest member — have a common goal: to sing to a world that’s in need by using their unique interpretations of gospel music. Courtesy | The Missourians

The Missourians, the area's popular Southern gospel quartet, will be holding a free concert tonight in Oswego, Kan., and usually can be found at a local church near you. Courtesy | The Missourians

Sure, they call themselves the Missourians, but the members of the Joplin-based Southern gospel quartet often spend their evenings outside the Show-Me State, playing their special brand of gospel music to audiences in the Sunflower State, the Sooner State and the Natural State.

The four members of the group — Troy Wade, Patrick Boyer, Jason Percy and Scott Luton, the quartet’s newest member — have a common goal: to sing to a world that’s in need by using their distinctive interpretations of gospel music.

“Each song (we sing) can fill you with joy or can minister to the pain a person is feeling,” said Wade, the group’s baritone singer, who’s been with The Missourians since 2008. “The music is about the good news of Jesus Christ. Our mission as a group is to tell people about that good news.”

Since 1989, the group goes where it needs to in order to spread gospel music to the masses. When attending a Missourians concert, of which a good majority are purposely conducted in rural or small town churches, “you will hear that (good news) and will have a great time,” Wade said. “It’s fun and fulfilling to be a Christian, and we want the gift of God to be free for everyone, no matter what has happened in their lives.”

The original group started in November 1989 as a trio of friends: Charlie Burnett, Jarel Burnside and Richard Crow.

“The guys would get together and sing, and, at some point, they were asked to do a concert,” Wade said. “As I have been told, when asked what the name of the group was, Charlie just happened to be looking at a map and said, ‘How about the Missourians?’” The name stuck, and the group has been singing for more than 30 years.

Wade got into singing through his father. “My dad sang in the Southern gospel quartets, and so, therefore, I was raised around the music. I started singing at a very young age and made my first record at age 10. I became a member of ‘The Revelations’ as a teenager, playing drums and singing. A few years later, I was leading the group. I have (since) competed in national talent contests and won second place at the National Quartet Convention back in the 80s.”

The group averages about 40 concerts a year, with most venues located within a few hour’s drive from Joplin. Aside from tonight’s free concert in Oswego, Kansas, at The Church, 425 Michigan St., future stops include Coffeyville, Kansas, Mindenmines, Springfield and the Branson area, including Silver Dollar City.

“About three years ago, we were invited to be part of the Southern Gospel Picnic held at Silver Dollar City. I can say that has been one of the highlights of my 12 years with the group,” he said. “We have been invited back again this year and are looking forward to a great time.”

The group has an April 26 concert at Bethel United Methodist Church in Carthage, as well as concerts at Greenwood Baptist Church in Joplin in late September and First Christian Church in Webb City in mid-October.

“We all work full-time jobs, and therefore we try and not spend too much time away from our families,” he continued. “We have recorded 17 albums, the latest being ‘All You Need Is Jesus’ (from) 2018 and two videos.”

Tonight’s concert in Oswego will showcase Luton’s singing debut with the group.

“(Luton) is a very talented singer but, even more important, a great Christian man,” he said. “Scott came onboard Jan. 1, and we have been working hard to get him up to speed and get a program together. He brings many strengths vocally and spiritually to the group. We look forward to many years of Scott being a part of the group, (and) we have plans to record a new album in 2020.”

Some of the group’s song favorites are “O What a Savior,” “Chain Breaker” and “I Will Stand.”

All of the members feel blessed, Wade said — “more than blessed! I thank God for the talent he gave to all of us and that he provides us with opportunities to share his message.”