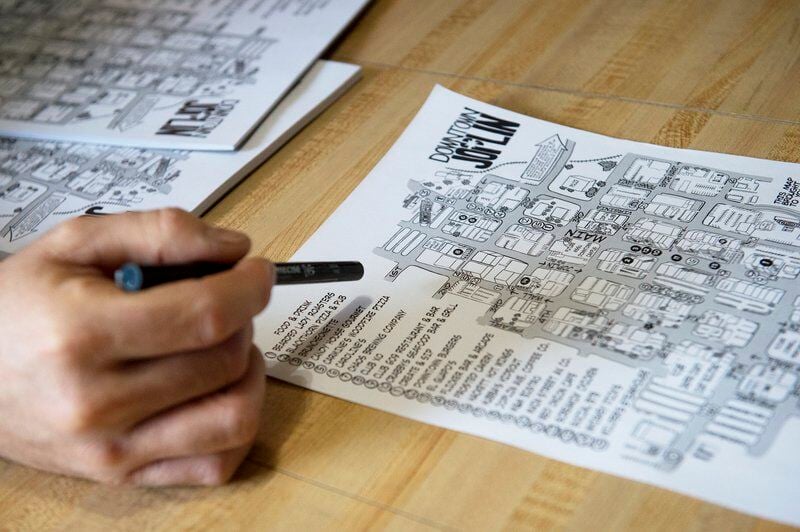 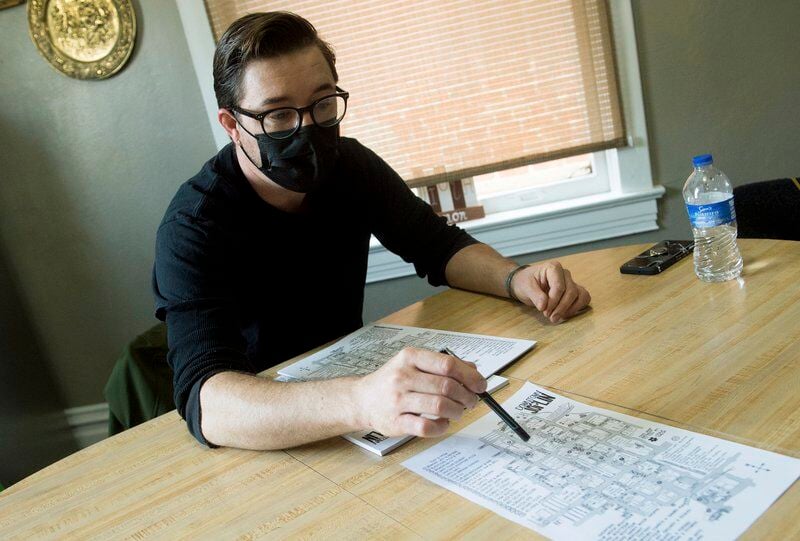 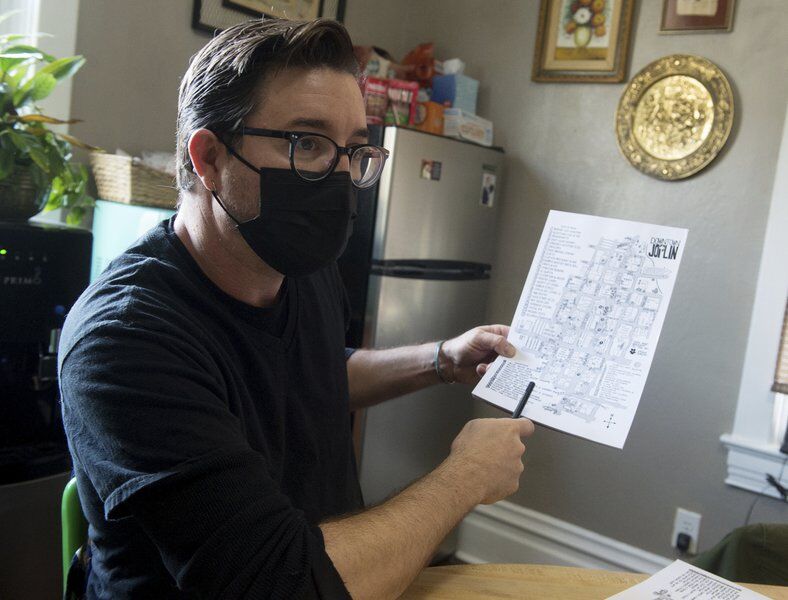 Local artist Eric Haun spent 80-plus hours of his downtime last year crafting by hand a black-and-white map showcasing 55 downtown sites, including the Red Onion Café, Newton’s Jewelers and the “I Am Joplin” mural.

The idea to show restaurants, other businesses and public art locations was inspired by similar maps handed to him while visiting Eureka Springs, Arkansas, and San Antonio. They also reminded him of the hand-drawn maps visitors could purchase at theme parks like Kansas City’s Worlds of Fun and Silver Dollar City in Branson.

“The first time I ever saw one of the (downtown) maps I was like, ‘Holy cow! Joplin needs something like this.’ And then it was, ‘This is something that I could do.’”

And that’s what he did — slowly bringing the map to life through numerous walkabouts and through scrutinizing overhead pictures of downtown Joplin.

When Haun opened the Viola Salon, 521 S. Wall Ave., last year he immediately noticed how many people were shopping at downtown businesses.

“That surprised me … when people came in here they had coffee cups from Joplin Avenue (Coffee Co.) or bags from Blue Moon (Boutique),” Haun said. “That’s when we realized that we were a part of something better … and bigger.”

He also grew frustrated when trying to explain to first-time Joplin visitors where they should go to get a slice of pizza, to shop for a blouse or to view one of the 15 public art pieces dotting downtown’s landscape. He found it was difficult to give precise directions to places by using only words and hand gestures.

Haun’s also displaying what he calls “hope” on the map — labeling the future locations of the Jasper County Courts Building and Harry M. Cornell Arts & Entertainment Complex, for example — showing that "we’re all heading in a positive direction.”

Haun recently delivered stacks of maps to every business mentioned on the map, and he'll probably update the map a year from now because he couldn’t get every single business to fit — for example, the businesses found along Broadway Street.

So far, the maps have been praised on social media by groups and businesses such as the Downtown Joplin Alliance and Carmine's Wood Fired Pizza.