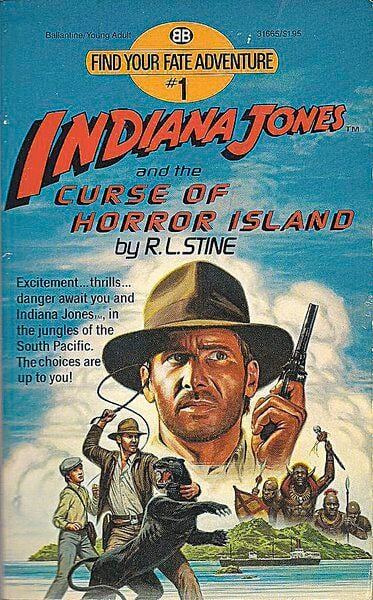 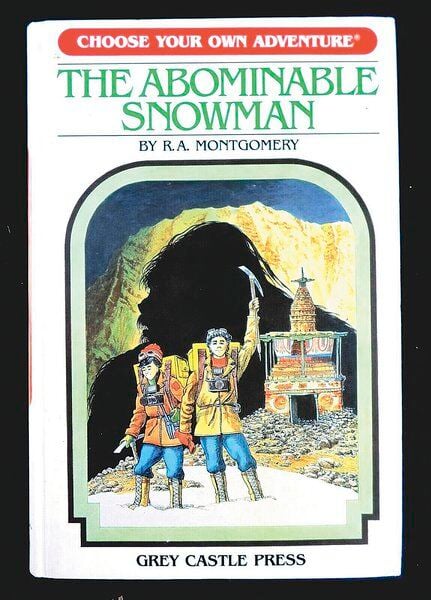 Kevin McClintock’s first exposure to gamebooks was in the early 1980s, when his mother bought him a Choose Your Own Adventure book, “The Abominable Snowman” by R.A. Montgomery. Globe | Kevin McClintock 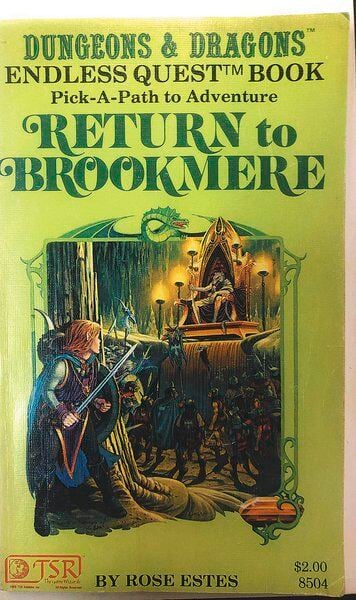 Kevin McClintock’s first exposure to gamebooks was in the early 1980s, when his mother bought him a Choose Your Own Adventure book, “The Abominable Snowman” by R.A. Montgomery. Globe | Kevin McClintock

You are reading this story. What do you want to do next?

• Rather read up about the Kansas City Chiefs? Flip to the B section of the Joplin Globe.

• Need to check up on the latest COVID-19 numbers? Turn the page to page 3A.

Does any of this look familiar to you? If you grew up in the early 1980s and you loved reading the famed “Choose Your Own Adventure” series of books, then what I wrote above will no doubt bring an immediate smile to your face.

These type of books are officially known as “gamebooks.” They allow you, the reader, to actively choose where the story goes by picking a single option from among three or four options. Pick the right one, and the story continues. Choose poorly, and the story ends — usually via some amusing or grotesque death.

My first exposure to gamebooks took place in the early 1980s, when I stumbled across my very first Choose Your Own Adventure book, purchased by my dear mother from Waldenbooks inside Joplin’s Northpark Mall. I can even remember the title — 1982’s “The Abominable Snowman” by R.A. Montgomery. I owned additional titles, including “The Cave of Time” and “Space and Beyond.” By this time, as an 11-year-old, I’d already been bitten by the “Dungeons and Dragons” bug, which was all the rage in the early ‘80s. So I’d already gravitated to a different type of gamebook, called Endless Quest.

Published by TSR, the makers of D&D, I still have fond memories of these books: “Dungeon of Dread,” “Pillars of Pentegarn,” “Revolt of the Dwarves” and, my absolute favorite, “Return to Brookmere.” In fact, I luckily still own all three of the rare “Conan the Barbarian” and two “Tarzan” Endless Quest books that go for hundreds of dollars today on Amazon and eBay.

You are reading this story. What do you want to do next?

• Read Wally Kennedy’s latest column instead? Flip to the 3A of The Joplin Globe.

• Read Doonsebury? Turn the page to page 7A.

Soon, I began collecting other gamebook series that I’ve come to love and cherish: “Zork,” (based off the computer games), “Be An Interplanetary Spy,” “Time Machine,” “Car Wars,” “Fighting Fantasy,” “Long Wolf,” “Twistaplot,” “Wizards, Warriors & You” and “Find Your Fate,” among others.

In fact, as an adult, I’ve started collecting titles from the last series listed — “Find Your Fate” — primarily because the publisher green-lit titles involving Indiana Jones, James Bond, G.I. Joe, Transformers and Dr. Who — which literally makes my geeky heart implode with joy. I probably own 40 titles at present, and my goal is to have them all sitting snugly in my personal collection some day — particularly the Indiana Jones titles (yes, I’m a huge Indy fan).

I also own several gamebook oddities: a few based on the “Star Trek” franchise, a gamebook based off the “Apollo 13” movie, one title lifted from the “Lord of the Rings” realm, and several others starring Superman, Batman and the Justice League.

There are even a whole new line of gamebooks out there right now, available on Amazon, catering to adults, that I had no idea even existed. There are choose your own adventure-type books starring Jane Austin, some based off the works of William Shakespeare, more than a few that are horror themed and involve zombies, even more that are romance novels with choices, and some that are straight-up X-rated. (“Oh my!,” as George Takei would say).

Yep, gamebooks have come a long way from the early 1980s.