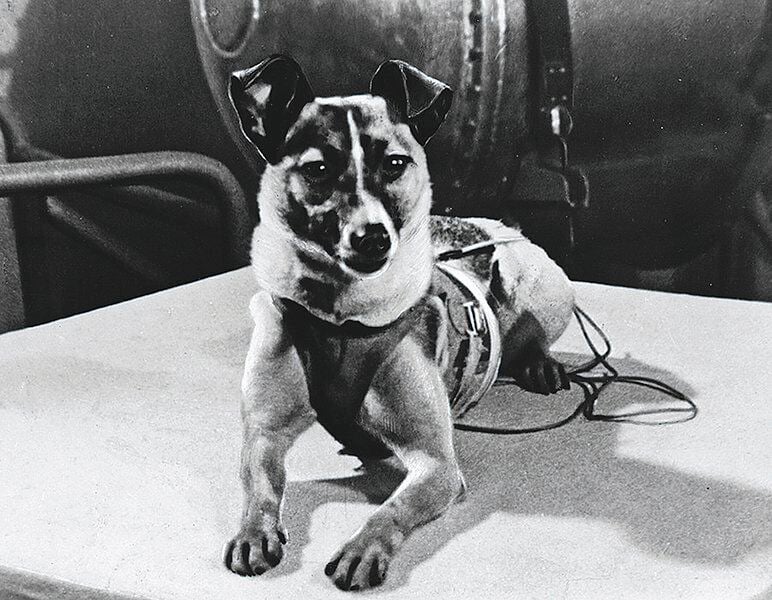 Little Laika is the formerly stray small dog who was sent into space to die for the space race. Courtesy | NASA.gov 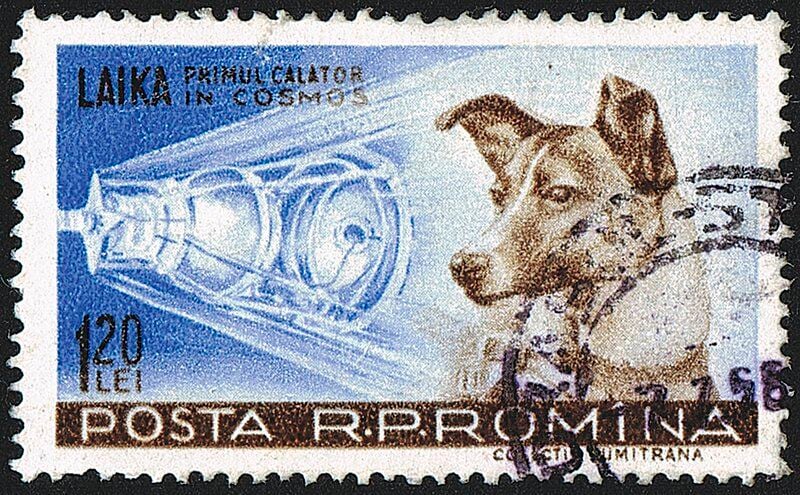 Little Laika is the formerly stray small dog who was sent into space to die for the space race. Courtesy | NASA.gov

Aside from horror novelizations, my other great love is space exploration. Yes, you can call me a NASA geek, and I’ll smile and nod at that label with pride.

We are currently witnessing an all-time high in U.S. space activity, thanks in large part to the International Space Station orbiting 254 miles above our heads and successful launches of SpaceX’s Dragon capsule — soon to be followed by Boeing’s Starliner manned capsule and, heading off to the moon and Mars at some point in the not-too-distant future, NASA’s own Orion capsule. Folks, we haven’t seen this much activity in space since the late 1960s moon race.

So what does space have to do with a pet column, you ask? Well, animals have played important roles in space exploration, primarily during the early years. To date, the U.S., the former Soviet Union, France, Argentina, China, Japan and Iran have all rocketed animals — even insects — into low Earth orbit.

The United States launched flights containing monkeys and apes primarily between 1948 and 1961, with additional flights in 1969 and 1985. Sadly, the death rate was quite high, about two-thirds of the simians died on missions or soon after landing. France launched two monkey-carrying flights in 1967. The former Soviet Union and, later, the Russian Federation, launched monkeys between 1983 and 1996. During the 1950s and 1960s, the Soviet space program used a number of dogs for suborbital and orbital space flights. Two tortoises and a variety of insects were the first inhabitants of Earth to circle the Moon on the Soviet Zond 5 mission in 1968. And five mice — Fe, Fi, Fo, Fum and Phooey — circled the Moon 75 times inside the Apollo 17 orbiter in 1972, the last crewed voyage to Earth’s satellite.

But I want to narrow in on one particular dog. A dog named Laika. I can only assume this little girl’s trip into space has always captured mine, and millions of others, imagination because of our love for these tongue-lolling, saliva-spraying, tail-chasing animals. After all, archaeological records show a dog was buried next to its human 14,700 years ago. Nowhere else in the entire animal kingdom will you find a stronger bond between two completely different species than that between human and canine.

While Soviet cosmonaut Yuri Gagarin was the first human being ever launched into space, not a lot of people realize that a dog actually beat him up into orbit by several years. That dog’s name was Laika.

She was a female terrier, starved and abandoned, wandering the streets of Moscow. Scooped up from a back alley, she soon found herself bolted inside a metal sphere, Sputnik 2, and rocketed into space in 1957. She wasn’t the first dog launched atop a rocket. And she wouldn’t be the last. More than 50 dogs were launched into space. Most survived, though four died by accident. Only little Laika was sent into orbit with no purposeful means of bringing her back to Earth.

As I’ve mentioned in a previous article years ago, I cried when I first read about 3-year-old Laika when I was around the age of 7. I couldn’t quite wrap my young mind around why anyone would willingly send a dog to a place for it to purposely die. I didn’t understand at the time that, through her death and what was learned from it, she paved the way for humans — hundreds of men and women from many nations — to safety reach and function in orbit. At the time, though, I could only think about that sweet little dog, orbiting hundreds of miles above everyone’s heads with no means of safely returning to Earth. Alone, she was unable to move. She was fed water through a tube. Food was available in gelatinous form. A diaper around her hips collected waste. No doubt the dog was terrified, her barking, her whining and her crying echoing endlessly inside the metal enclosure, unheard.

If there is a silver lining to Laika’s tale, it’s that her agony was brief. Thanks to documents discovered after the collapse of Communist Russia, we found out in 2002 that Laika had died from overheating that occurred roughly five to seven hours after reaching orbit. Up until that point, nobody really knew for sure about Laika’s death. The Soviets could never quite land upon a proper story. Once, they said she’d died during day 6 of the satellite’s five-month voyage in Earth orbit. Another time, they said the dog was humanely euthanized prior to the capsule’s oxygen depletion. Finally, we know how Laika died.

Russians in general have a huge affinity for dogs; it rivals how we Americans feel about our four-legged friends. And many Russians in the space program felt empathy toward the sweet-natured terrier. For example, days before the historic launch, Soviet scientist Dr. Vladimir Yazdovsky took Laika home with him so she could play with his children.

It was probably the only time Laika experienced true happiness.

“I wanted to do something nice for her,” Yazdovsky would say years later. “She had so little time left to live.”

And right before blast-off, a technician stooped into the satellite’s interior to gave Laika a kiss to the nose, knowing that he would be the last human she would ever see.

In 1998, scientist Oleg Gazenko showed considerable remorse in a television interview: “The more time passes, the more I’m sorry about it. We shouldn’t have done it. ... We did not learn enough from this mission to justify the death of the dog.”

Laika has since become a towering icon of animal bravery, not just in Russia but throughout the world. Recently, NASA named a target area on Mars after Laika during the Mars Exploration Rover mission. And in 2008, a monument was revealed in central Moscow. Appropriately, it features Laika, ears alertly erect, standing atop a rocket.

May this little explorer rest in peace forever.