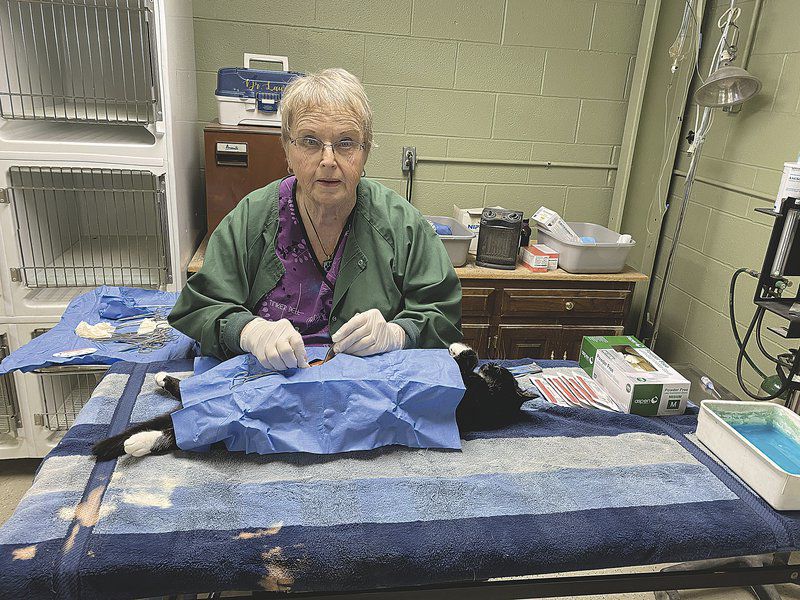 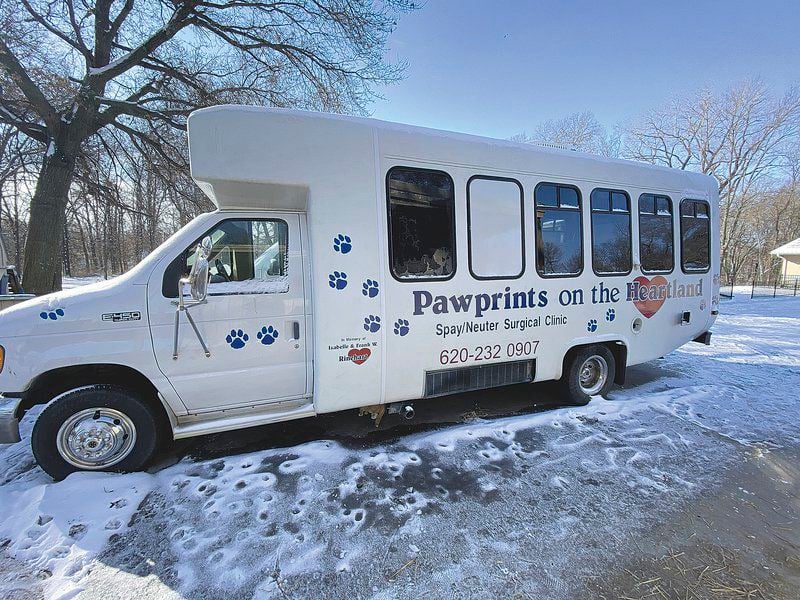 A local group that has done a ton of good for animals throughout the Joplin metro area recently celebrated its 20th anniversary.

Now I’ve written about the Crawford County-based Pawprints on the Heartland in past columns. Back in 2017, for example, I wrote about the nonprofit’s distinctive fundraisers, including offering to give a gaggle of pet chickens donors’ names. Last October, I detailed the nonprofit’s annual “catwalk and cocktails” fundraiser.

But only recently did I discover this great organization — which provides a mobile spay-and-neutering service at affordable prices — turned 20.

During the past two decades, Pawprints’ President Mary Kay Caldwell said the group has spayed or neutered more than 85,000 cats and dogs, in turn preventing the potential births of millions of animals, a majority of which likely would have ended up dead or feral.

Whoa, millions, you say? A bit farfetched, eh Kevin? Actually, Caldwell’s spot on. Think of it this way, a single female cat becomes pregnant. She has 12 kittens. Ten survive. Five of those 10 kittens are females. All five get pregnant. Each has a litter of eight kittens. Now there are 40 kittens running around the area. Of those eight kittens, six are female. They become pregnant — get the gist? It’s a multiplication problem gone horribly wrong, and without end.

On top of that, because of the lack of spaying and neutering, “most of the animals in our (shelters and pounds) would not be there if there had been a responsible pet owner,” Caldwell said. Last year, 2.7 million animals were euthanized in shelters across the country, costing the taxpayer $800 million. Granted, that number is down from the 1973 figure, where a whopping 13 million animals were annually euthanized. Still, Caldwell won’t stop educating the public about the importance of spaying and neutering until the number of animals euthanized in shelters clicks to a big, fat zero.

“It’s very rewarding to think of all the death and suffering that millions of animals did not have to endure,” Caldwell said.

She calls Pawprints, a group she and Joann Wetzel founded and organized so many years ago, an entity “with heart and a vision.”

“We never dreamed that this program would produce such (statistics),” she said. “We weren’t even sure if we could make it work. It was one big dream.”

Thankfully, it did work. And it all started thanks to an article Caldwell read about a mobile spay/neuter program based in Connecticut.

“Having been with the Humane Society for many years, I was well aware of the homelessness of animals,” she said. “Something needed to be done.” Soon after, she realized she could do in Kansas what the Connecticut group had done — create their own mobile spay/neuter operation. After raising nearly $23,000 for a used van, the dream became a reality.

“Our first appointment was at the Southeast Kansas Humane Society shelter (in Pittsburg, Kansas), as we were afraid to venture too far,” she said. “Since then, the Pawprints on the Heartland van (the new one purchased through a Bob Barker DJ&T Foundation grant) has visited multiple communities in the area, spaying and neutering thousands of animals. Surgeries were also performed in the clinic on the shelter grounds and with contracted veterinarian clinics.

While thousands of dogs and cats have come in and out of her life over the decades, two stand out. The first was a cat that had been living beneath the floor of the Doggie Bag Resale Shop, climbing in and out of a hole for food. “It was totally emaciated, weighing only 3 or 4 pounds and covered with fleas and sores.” The cat was also HIV positive. A Pittsburg couple, Larry and Nancy Beasley, adopted the cat and promptly made her their print shop’s official mascot. “With much TLC from the Beasley’s, Lucky (the cat) got to be a whopping 22 pounds,” she said.

Another rescue she’ll never forget was a beautiful boxer found with a rope that had become embedded into the flesh of his neck as the animal grew. The area was covered with fleas. The dog was provided veterinary care, neutered and quickly found a wonderful forever home.

“I consider every spay or neuter a victory,” Caldwell said. “It is the answer. It prevents the suffering and death of millions of animals. I am very proud of the Pawprints program and all that it has accomplished in the past 20 years.”

Pawprints on the Heartland offers surgeries that are both affordable (low cost) and accessible. Fees for a spay/neuter surgery for an animal 45 pounds or lighter is a flat $40. Vouchers are given to those who cannot afford the fee, asking them to pay any amount that they feel they can afford to support the program.

Such surgeries usually take 20 minutes with recovery time of around 45 minutes for cats and about an hour for dogs. These surgeries can also prevent many types of cancers, can help with aggressiveness and don’t automatically make a pet get fat, despite the myths.