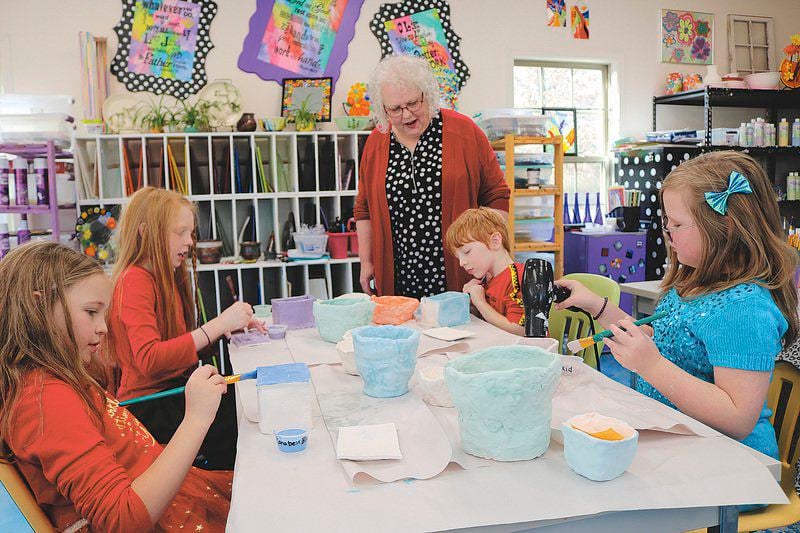 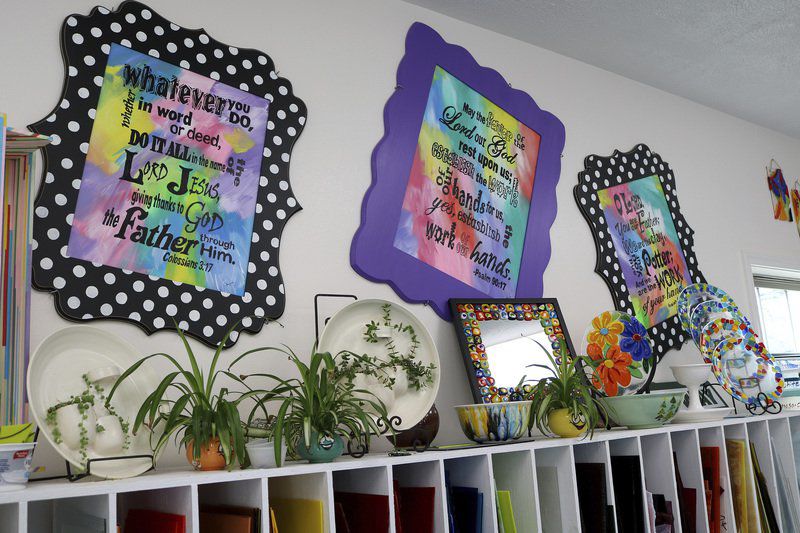 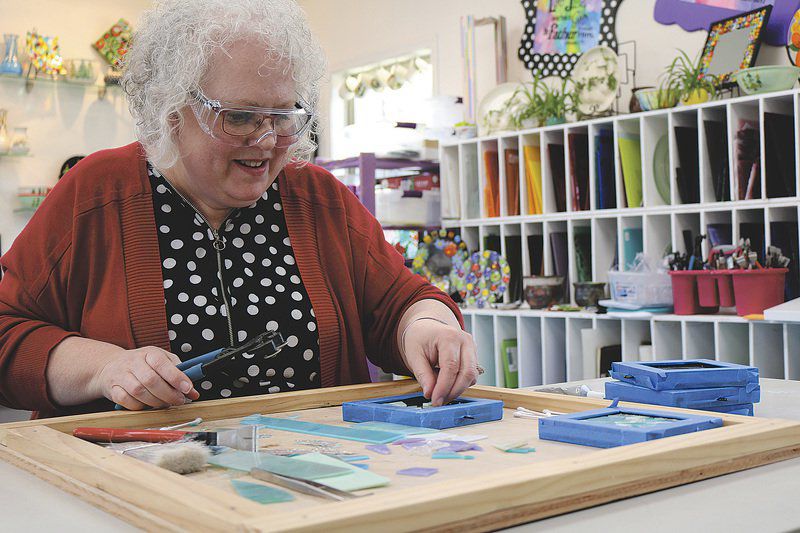 For some, turning 50 becomes a moment filled with black balloons, streamers and a bit of gloom and doom.

But local artist Tracy Nichols decided to go a different path. Like a Phoenix rising from the ashes, Nichols instead chose to turn her milestone birthday into something new — a jubilee year.

“I declared my 50th year to be the year of jubilee,” Nichols said. “I wanted to celebrate life and didn’t want to be sad.”

Since then, she’s retired and opened — along with her daughter, Jackie Peters — Jubilee Studio. It is a place to not only show off their respective crafts but to also pass on joy found in creating art.

“I wanted to spend time with the grandkids, and I was ready for a new stage in life,” Nichols said. “I was a studio artist first and wanted to go back to that. It’s how I felt the Lord leading.”

A jubilee year, in biblical terms, is a year of forgiveness, where a person’s debts are forgiven and they have a chance to start over. People are also called to return to the land of their ancestors.

Nichols jokes that her husband, Roger, even blew a shofar to bless the start of her 50th year.

“(Roger) ran with the theme and bought me a Prius, because it got 50 miles to the gallon,” Nichols said with a laugh.

Nichols said she was ready for a “joy-filled” year, after spending much of the previous year recovering from a series of disasters.

In March 2011, the family’s home in north Joplin caught fire when a neighbor’s grassfire went out of control.

Nichols and her husband moved into an apartment near 22nd Street and Connecticut Avenue. Twelve weeks later, on May 22, 2011, Nichols rode out the EF-5 tornado in the apartment’s bathroom.

“I said, ‘OK, God, I’ve trained my whole life for this, I’m depending on you,’” Nichols said. “I climbed into the tub, and it was peaceful. I sang the whole time. Somehow, I knew when the noise stopped, it was only half way through.”

When the storm was over, Nichols opened the door to find everything — except the bathroom “gutted.”

After going through so much, Nichols said she was in a mindset ready for change.

“It makes you look at things differently,” Nichols said.

Nichols began to plan for the studio before she retired from College Heights Christian School. While she looked in other places, she eventually decided to build on her grandparents’ land, next door to her parents.

While retirement came during the spring of 2014, it would take Nichols a few years to bring the studio to life.

Jubilee Studio opened in January 2017 with Peters offering the first classes. Next month marks the start of the pair’s fourth year in business.

Initially, Nichols offered a limited number of classes. Since then, classes have grown to three sessions of eight-week-long pottery or mosaic glass classes, along with an assortment of fused glass parties and short-term workshops.

The studio is filled with bright colors, Bible verses and Nichols’ trademark black and white polkadots.

“I wanted a happy environment, a joyful place,” Nichols said. “I wanted a place where people could come and do art and, just by the environment, could forget about all of life’s pressures, even if it was just for a few moments.”

Nichols said she now has the perfect job — teaching people, especially adults, to explore their creative side with joy.

“I wanted it to be a joyful, happy place,” Nichols said. “Life is hard, especially with junk like fires and tornados. Life happens, yes you deal with things, but they are just things.

“I just wanted to find beauty in life and didn’t want to dwell on the negative.”

Nichols’ training includes a bachelor’s degree from Asbury College in Wilmore, Kentucky, focusing on K-12 art education, along with studio art with an emphasis in ceramics and pottery and a minor in stained glass. She also has a master’s degree in studio art from Pittsburg (Kansas) State University.

Both Peters and Nichols’ other daughter, Jodie Reed, attended Asbury College, studying under the same professor and mentor, Rudy Medlock.

“Both of my daughters are very talented artists,” Nichols said. “(The studio) has taken our relationships to a whole new level.”

Teaching in the studio has allowed Peters to work as an artist while she homeschools her four children.

“We studied under the same professor, 24 years apart,” Nichols said. “She gets me and I get her because we know we’re everything original. He taught us the symbolism with pottery and the life of Jesus.”

The studio has also given Nichols a chance to watch her grandchildren grow as artists. In fact Peters’ oldest, 10-year-old Adelaide, taught glazing classes to young artists during the studio’s Christmas open house.

“I see (the artist) in all of them,” Nichols said. “When Quincy was 4, he was digging through the crayon tub looking for a brown. He kept saying too light, too dark, too medium. He was looking for the perfect brown. Jackie said ‘you’ve ruined him,’ which I thought was hilarious.”

Nichols began making art under the moniker the Pottery Shop while her girls were growing up. She was traveling when the call came with the opportunity to “fill in” for a year at College Heights.

Nichols jokes the year turned into a “longer gig.” She found she loved teaching her students, opening their eyes to what art could include in their lives.

“I loved seeing what the kids would create each year,” Nichols said. “We always started the year thanking the Lord for the art we would create, before we even put pencil to paper. They would create amazing things.”

As the years passed, Nichols found her students’ parents would come into the classroom and wish they could do similar works.

“I told them it’s not too late,” Nichols said. “We’re all creative beings because we all learn to make a living. It’s fun to teach adults something new. I love watching as they discover the creative side of themselves.”

With her studio, Nichols hopes artists of all ages — ranging from homeschoolers to retired adults — will come and take lessons.

“I want adults to discover the creativity they have within themselves, and I want to create a pleasant place for them to create,” Nichols said. “Once people are here, it’s like they are family.

“We call it the Jubilee family.”