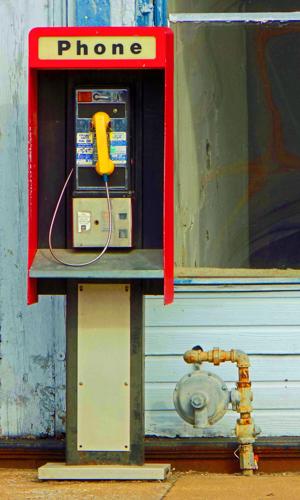 This photograph is taken with a purist's apporach with no digital enhancements. 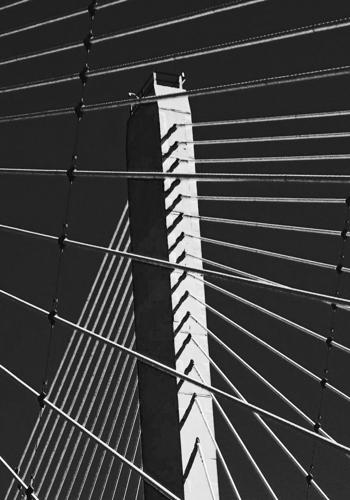 This photograph features digital manipulation — it was cropped and digitally manipulated for cropping and to remove color, purely for aesthetics.

This photograph is taken with a purist's apporach with no digital enhancements.

This photograph features digital manipulation — it was cropped and digitally manipulated for cropping and to remove color, purely for aesthetics.

Once again, the debate over photography has begun.

It’s an annual thing timed by PhotoSpiva, the annual national photography competition of Spiva Center for the Arts. While the competitive exhibition doesn’t open until March 18, local photographers start comparing notes about their entries during the application period or shortly after submitting their photographs by the Jan. 1 deadline.

This year, as usual during the PhotoSpiva season, I’ve had a discussion with a photographer who was indignant about entries that are staged or are digitally altered, using such software as Photoshop to enhance colors or change them completely, retouch imperfections, or apply other effects.

While PhotoSpiva considers staging and digital enhancements to be perfectly acceptable for creating more effective, artistic photographs, purist photographers consider such practices to be an adulteration of the art of photography.

These purists consider that a photograph is only a photograph when it captures a moment in time, freezing a scene and instilling mood only through skillful use of lighting, composition, color values or unusual perspectives. Anything conceptual or staged, anything enhanced through digital applications is an assault on the sensitivities of purist photographers.

I used to be a purist. But, over the course of the past 10 years of PhotoSpiva, I’ve come to accept that digital manipulation is part of the evolution of photography, and it has become standard for many photographers.

There will always be those photographs that are aesthetically effective through the purist approach. But photographers who refuse to get on board with the digital age could lose their competitive edge.

If digital enhancement or manipulation helps better express a photographer’s creative intention, then I’m all for it. It’s about elevating photography as an art form.

For too many years, photography has taken a backseat to mediums that are considered fine art. Even though it employs the same compositional elements and principles as other visual art forms, it’s been viewed as more of a craft, in which photographers don’t actually create an artwork, but rather serve as conduits for capturing an image. Painters, sketchers, printmakers or sculptors who use imagination and their hands to create artwork are considered the actual fine artists.

It’s not to say that there’s not a demand or respect for photojournalists or commercial photographers. But there’s not nearly the demand for photography intended purely for artistic expression. I’ve found that fine art photographers don’t have the number of patrons that other fine artists do, and they don’t often win in juried fine art exhibitions. I know of a local art gallery that doesn’t accept photographic artwork because it’s not considered fine art.

Although photography was invented in the 1820s and quickly became popular for portraiture or documenting events, it was nearly 100 years before photographs were accepted in galleries or exhibitions, according to blogs on the history of photography published on photoportrayal.com and westologist.com.

Photography continued to be viewed as a technical craft rather than an art form until the rise of such noted photographers as Alfred Stieglitz and Ansel Adams. With them, the perceptions began to change.

Stieglitz, the husband of painter Georgia O’Keefe, rose in photographic recognition in the late 1800s and early 1900s. He led the pictorialist photography movement, in which photography emphasized composition and the beauty of subject matter rather than documentation. The movement sought to make photographs appear painterly as a way of gaining recognition as art.

Entering the stage at about the same time was Ansel Adams, who gained acclaim for his black-and-white Western landscapes. Through him, I began viewing photography is art.

These two photographers changed attitudes toward photography and led it to be accepted in museums and galleries, according to the photoportrayal.com and westologist.com blogs.

With this groundwork laid, photography began finding its footing as a fine art from the 1940s forward. With the introduction of digital imaging, art photography has exploded.

Today, photography is an element of our everyday lives, thanks largely to cellphones and rampant use of photography on social media and the internet. Digital technology has simplified photography, so anyone can capture a reasonably good photograph with a cellphone. It has also allowed seasoned photographers to use digital editing to better express themselves artistically.

But digital enhancements and manipulations are being accepted as commonplace, and they represent the new direction in fine art photography.

As you view the PhotoSpiva exhibition from March 18 through May 13 in the Spiva gallery at the Cornell Complex, consider the different photographic approaches. The digital enhancements of some of the photographs will be so subtle that it will be difficult to differentiate them from those shot using the purist style. Others will be plainly evident that they are digital manipulations.

You decide whether digital technology is corrupting photography as a fine art. As with any art, it’s always subjective.

Marta Churchwell is an arts columnist for The Joplin Globe.

Marta is an arts columnist for The Joplin Globe.

Would you vote for a 3% sales tax on recreational marijuana sales in Joplin?