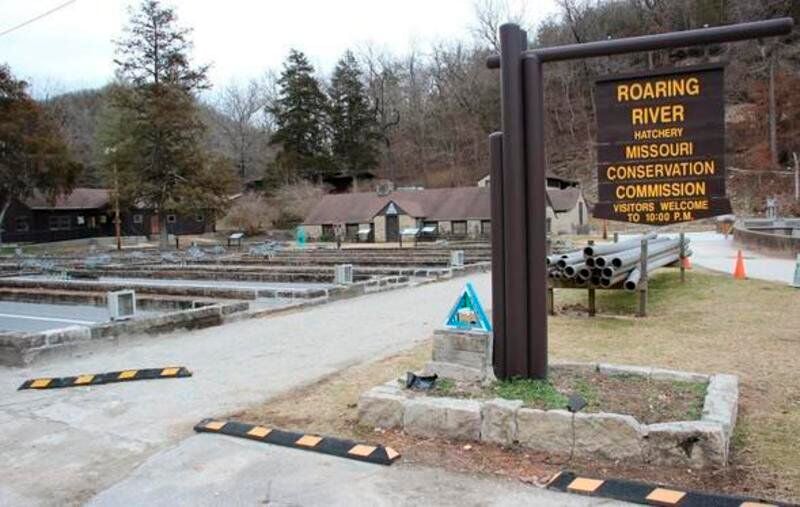 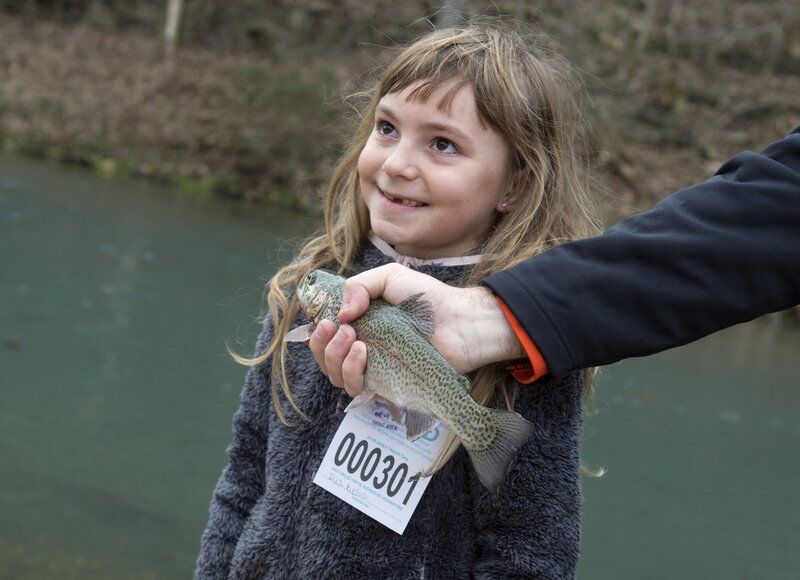 Isabella Jones, of Monett, poses for a photo with a fish she helped reel in last year on Opening Day at Roaring River State Park in Cassville. Jones wanted a photo with her fish but wasn't thrilled about touching it.Globe file 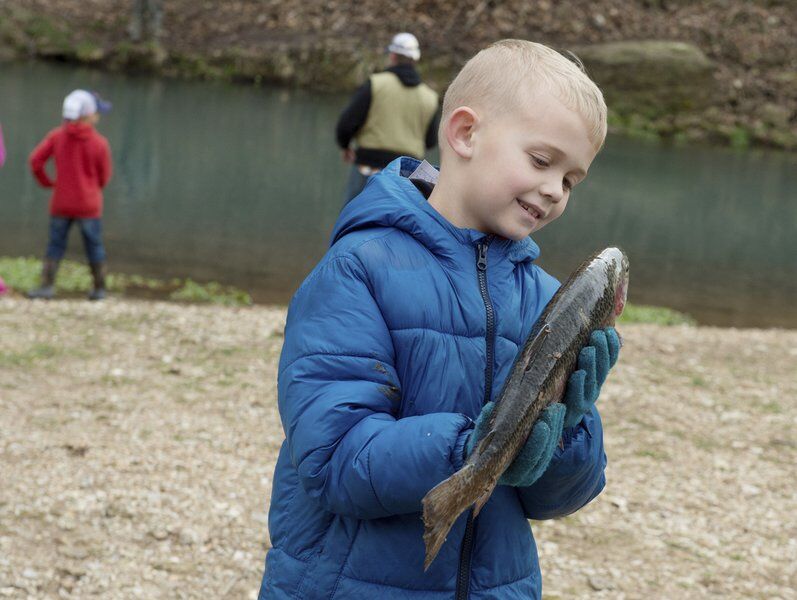 Isabella Jones, of Monett, poses for a photo with a fish she helped reel in last year on Opening Day at Roaring River State Park in Cassville. Jones wanted a photo with her fish but wasn't thrilled about touching it.Globe file

CASSVILLE, Mo. — A $1.9 million modernization of the hatchery at Roaring River State Park is complete after more than two years, according to Missouri Department of Conservation fisheries technician Marina Spurrier, of Cassville.

“The renovations are designed to improve water flow to the hatchery and help with flood management,” Spurrier said. “We hope they will also help make our hatchery program more autonomous.”

Constructed in 1910 and operated by the Missouri Department of Conservation, Roaring River Hatchery is one of the oldest trout hatcheries in the state. Its raceways are fed by the nearby Roaring River Spring — the state’s 20th largest — which produces an average of 20.4 million gallons of water per day.

Roaring River hatchery raises hundreds of thousands of trout for stocking in Roaring River. Last year, the park was the most visited of all of Missouri's state parks and historic sites, drawing more than 1.4 million visitors.

Both the hatchery and the park are gearing up for Opening Day on Monday, March 1.

According to Paul Spurgeon, hatchery manager, the improvements will mean increased trout production and healthier fish.

“We appreciate the patience of the hatchery visitors who were frustrated at the longer-than-anticipated length of the project,” Spurgeon said. “It very much drove home to us how important the spring and the hatchery are to so many people. We received inquiries and messages from all over the United States from people who just wanted us to know how much they loved the hatchery, wished us well and were longing to see the hatchery back in operation.”

“Because the spring flow is constantly going up and down, these are essential, and these were all failing due to age and corrosion," Spurgeon said.

During a guided tour of the renovation, Spurrier pointed out the addition of a new structure containing a large, automated screening mechanism designed to remove debris from the spring water before it is pumped into the hatchery.

“We run the automated screen every hour for about five minutes at a time,” Spurrier said. “Before we installed this machine, someone had to manually try to keep the water clean before it entered the hatchery area — a big job, especially in the fall.”

Spurrier indicated that the installation of the automated screen and the structure surrounding it was the largest part of the renovation project.

A flow meter also was added to measure the water used by the hatchery. Other updates included replacing old floodgates with new stainless steel gates that operate off of electric motors, which make it safer for staff. A concrete emergency spillway was also installed along with stainless steel control valves that are corrosion-proof. There were also upgrades to the hatchery’s electrical and alarm systems.

In a move partly designed for the safety of visitors, the conduit and pipeline drawing water from Roaring River Spring were extended eastward into the mouth of the cave, beyond the end of the walkway leading to the spring. Metal fencing was also added on each side of the path’s end, again, as a safety measure.

“The guardrails take a little bit away from the aesthetics of the area,” Spurrier said, “but with so many visitors, we wanted to put safety first.”

Spurrier, a Joplin native and graduate of Missouri Southern State University with a degree in biology, has been with the Missouri Department of Conservation for four years. She’s been a technician at Roaring River Hatchery for about a year.