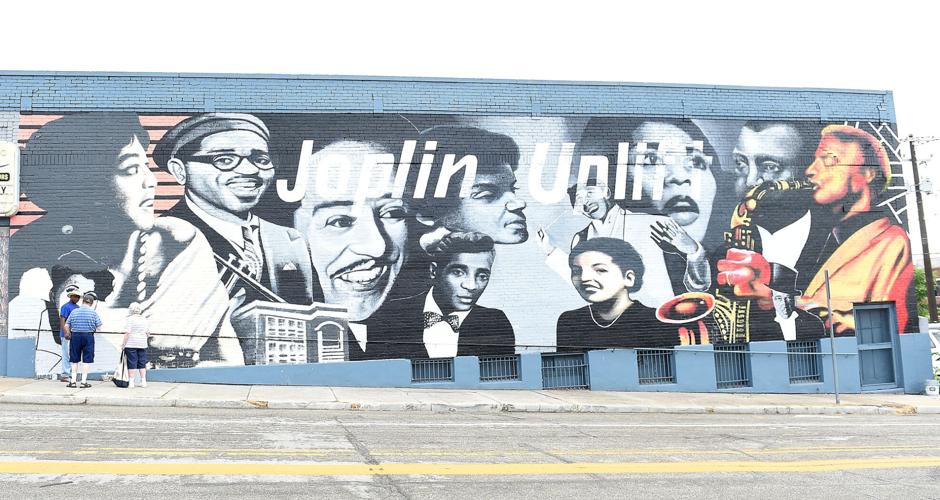 The new Black history mural is on display at the corner of First and Main streets in Joplin. It will be celebrated with an event Sunday, Sept. 18. 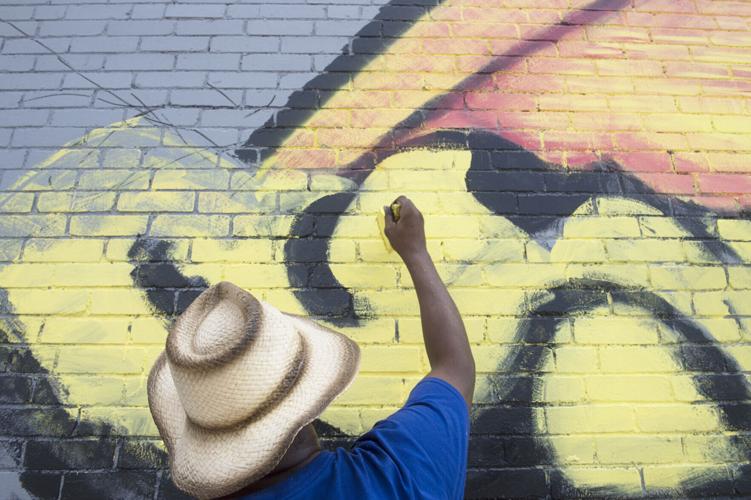 The new Black history mural is on display at the corner of First and Main streets in Joplin. It will be celebrated with an event Sunday, Sept. 18.

Joplin’s newest mural, which celebrates Joplin’s Black history and artistic influence, will receive its official unveiling from 2 to 4 p.m. Sunday.

For motorists entering Joplin on South Main Street, the mural is hard to miss, stretching 65 feet across the north side of Bruce’s Point of View Optical building at the intersection of First and Main streets.

Nanda Nunnelly, a founding board member of the Langston Hughes Cultural Society, told the Globe last month the idea behind the mural came about during the “Charles McPherson: The Journey Home” project from early February — “the idea of honoring as many diverse peoples that we possibly can in our downtown area,” she said. While thinking of ways to honor McPherson, “the thought came to mind of doing a mural.”

McPherson, touted as one of the world’s finest jazz alto saxophonists, is a Joplin native who played back-to-back concerts in Joplin, his first time back in Joplin as a professional musician. One of those concerts was a fundraiser for the Black history mural.

Fast forward to early September, and that mural is now a reality, thanks to Kansas City-based muralist Alexander Austin.

Hughes, probably the most recognized face on the wall, once spoke about how music helped fuse together his award-winning poetry: “When I was a kid in Kansas City very often I used to hear the blues. There were blind guitar players who would sing the blues on street corners. There were people plunking the blues on beat up old pianos. That was of course before the days of the jukebox and the radio. In those days, almost everybody who could afford to have a piano had one and played them in their homes. and so, you heard a lot of music … I was very much attracted to the blues. I remember even now some of the blues’ verses that I used to hear … (and) so, in my early beginnings at poetry writing, (I) tried to weave the blues into my poetry.”

Austin, the artist, will be present Sunday to sign autographs and speak with residents. He will also have locally inspired paintings available for sale to the public.

The event, which was rescheduled from August, will also feature music, refreshments and information about the mural.

Joining Austin will be McPherson and Marjol Rush-Collet, a cousin of Hughes, who was also born in Joplin. Local and state officials also have been invited.

Donations will be accepted to go toward the mural’s longevity and can be made to the Langston Hughes Cultural Society using three methods:

Kevin McClintock is features editor for The Joplin Globe as well as editor of the award-winning Joplin Magazine, a bi-monthly lifestyles magazine. Kevin has been with The Joplin Globe since 2009. He can be reached at 417-627-7279.