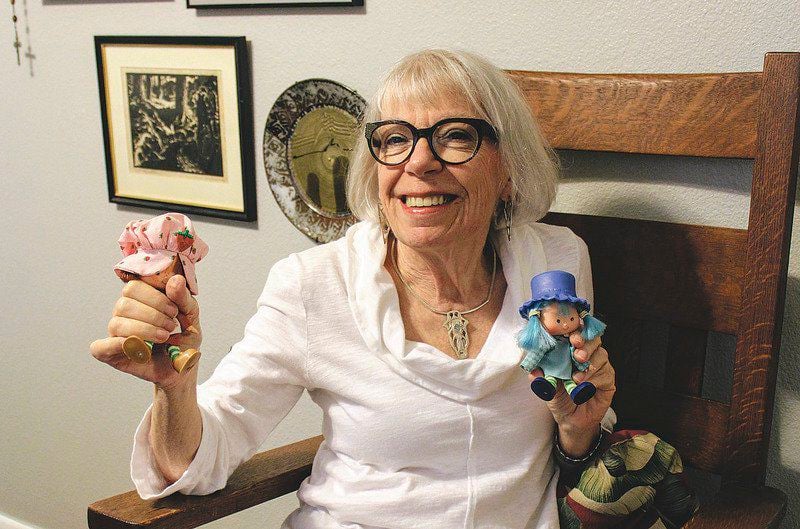 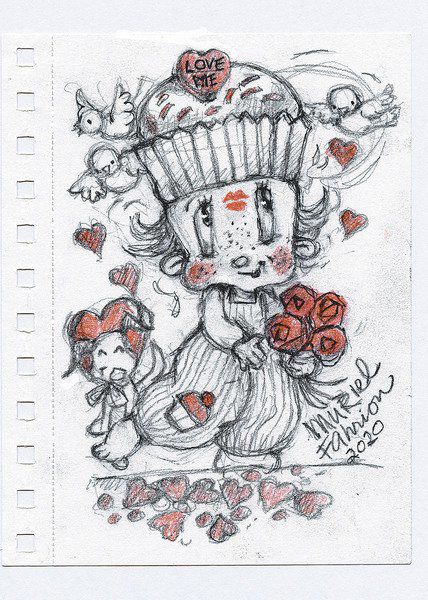 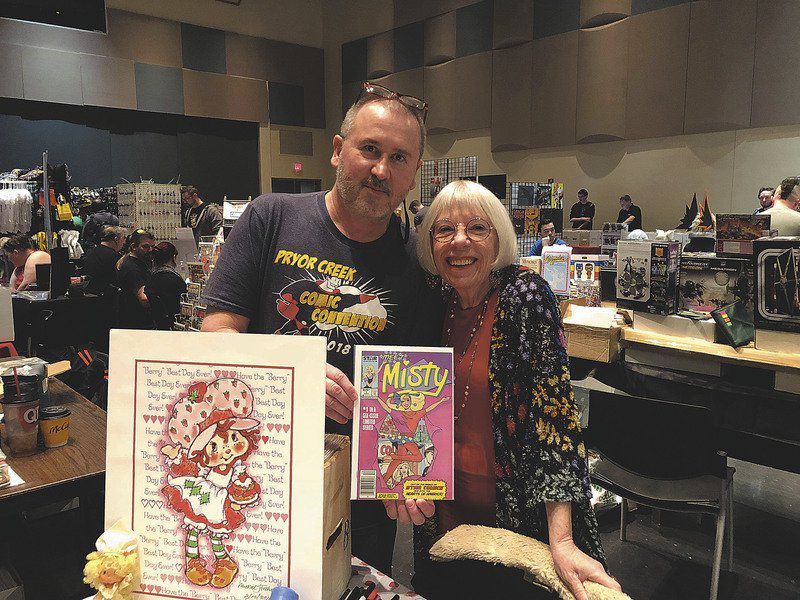 Life is both exhilarating and exhausting for artist Muriel Juneberry Fahrion.

Once unknown, creating works for American Greetings, Fahrion has now found herself as a celebrated artist as members of Generation X — with the help of social media — link her with some of their beloved childhood icons.

Fahrion, who resides in Tulsa, Oklahoma, is the concept artist and creator of Strawberry Shortcake, Care Bears and The Get Along Gang.

On Saturday, fans will have a chance to meet Fahrion in person, as she takes part in the fourth annual Pryor Creek Comic Con in Pryor, Oklahoma, which is about an hour’s drive from Joplin.

“I get to meet people who had the toys and hear their stories,” Fahrion said. “To have something from my head come forward and be a part of their childhood — I’m still amazed and awestruck that I made a difference.”

In the late 1970s, Fahrion was a concept artist, working in the juvenile and humorous division of American Greetings. She was one of 300 or so creatives writing or designing products for the Cleveland, Ohio, company.

Fahrion was responsible for taking a verse and designing a greeting card for her division. As a concept artist, she would do pencil and color roughs of the artwork. After that, a different department would create the finished work based on her drawings.

Strawberry Shortcake was birthed as a series of greeting cards designed to fit between the seasons.

Fahrion was given a challenge — to create cards featuring a rag doll, using the colors pink and red, along with the themes of daisies and strawberries. The initial cards were to contain simple sentiments such as “Hello” or “Happy Birthday.”

Then Bernie Loomis, a toy developer and marketer, entered the picture. Seeing the potential in the new Star Wars film, Loomis was searching for licensing rights for something just as strong, but targeting girls.

As Fahrion recalls, Loomis was presented with five ideas by Tom Wilson, a vice president with American Greetings. Of the five, Strawberry Shortcake was deemed the winner.

Based upon Loomis’ involvement and his track record for success, American Greeting officials began touting the idea for potential licensing deals.

“I was told to build the program, but continue to do my regular work,” Fahrion said.

So working with a team that included a writer and another artist, Fahrion began to create Strawberry Shortcake and her friends. Eventually 32 characters joined the family.

The group needed a doll to help with the three-dimensional work. Fahrion enlisted her sister Susan — a stay-at-home mom of six — to create the first doll.

“That got the show on the road and what sold (Strawberry Shortcake),” Fahrion said.

As a trained artist, Fahrion said she’s always specialized in what she calls “cute art.”

“I do cute characters because they come out of my head,” Fahrion said. “I’ve drawn cute since grade school. It’s always been my forte.”

As a visual learner, Fahrion said she drew Strawberry Shortcake envisioning how a rag doll would hold itself, sit and what expressions she might have.

One of seven children, Fahrion credits her childhood — growing up in a house where imaginative play ruled over things — for her success.

“I didn’t have much toys, but I had a lot of make believe along with drawing and my art,” Fahrion said, adding she could often be found under the family’s dinning room table, drawing. “I didn’t want to play. I loved art.”

Fahrion went to Cooper School of Art in Cleveland, something she credits as giving her a foundation for her future work. As one of the top artists in her class, she was hired by American Greetings officials to join their team.

While greeting cards were not looked highly upon by some classmates, Fahrion happily took the job.

She jokes that her career almost ended before it started because she couldn’t draw roses to suit a supervisor. In fact she was told she would never make it as a concept artist.

“I said ‘Watch me, just challenge me, I’m not listening,’” Fahrion said. “I grew up a quiet child, but I was internally strong.”

Each Strawberry Shortcake character was developed using a dessert as a theme. For example, Blueberry Muffin was created with Fahrion thinking about a blueberry muffin in scalloped paper.

Eventually, because of the success of Strawberry Shortcake and other characters, including Ziggy and Holly Hobbie, American Greetings officials developed a subsidiary corporation known as Those Characters from Cleveland for the toy and licensing efforts.

Fahrion’s work with Care Bears came in the early 1980s, after she pitched an idea for a creative retreat at a teddy bear convention. The retreat was designed for a team of four creatives to seek out and develop new ideas.

When the team returned, they began developing a new form of bears — with greeting card themes on their bellies. Fahrion said several concepts were developed for the bears’ designs. Eventually, her idea emerged as the winner.

Her sister was once again enlisted to create the first plush toy. Fahrion said she developed the ideas for the first five bears. Elena Kucharik was enlisted as the artist to move the project forward and is credited as the line’s artist.

Fahrion said she believes Care Bears gained success because of the longevity of teddy bears as a comfort toy.

Fahrion said the key to life as an artist, comes with picking up a paint brush and never putting it down. She is constantly creating, adopting the hashtag #draweveryday.

“I love doing it everyday, it’s my passion,” Fahrion said. “My dad said in our life to do what we love to do because even then, you’ll hate it some days.

“You look at life’s doors and decide which door you’re going to walk through.”

She said the first time she saw Strawberry Shortcake animated was a defining moment.

“It was so rewarding to see my drawings made to move and given a voice,” Fahrion said. “It was so exciting.”

The Pryor Creek Comic Con takes place from 10 a.m. to 5 p.m. Saturday at the Mayes County Event Center in Pryor. Admission is $5 per person, with students 10 and younger free. All proceeds benefit the Pryor Area Arts and Humanities Council. Additional information about the event may be found on Facebook by searching “Pryor Creek Comic Con.”