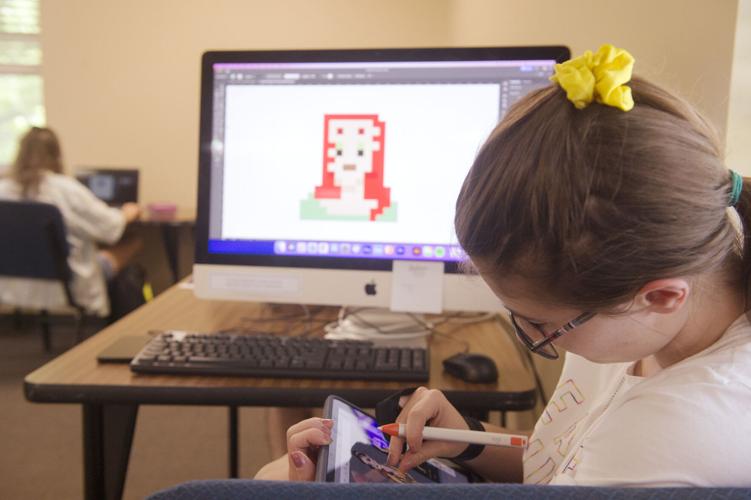 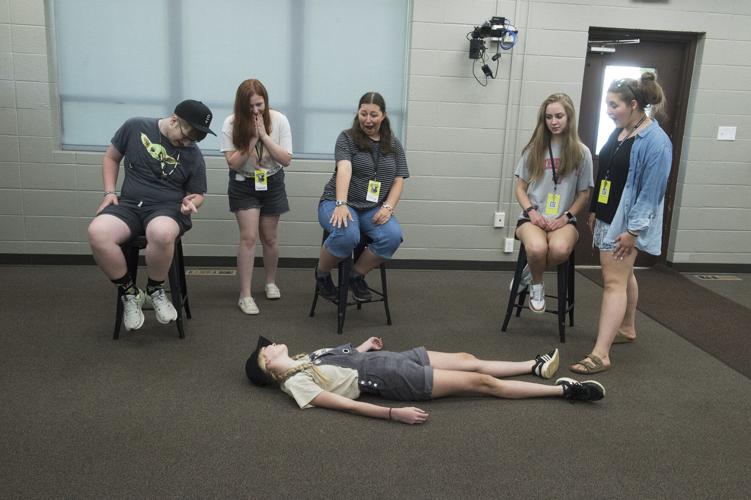 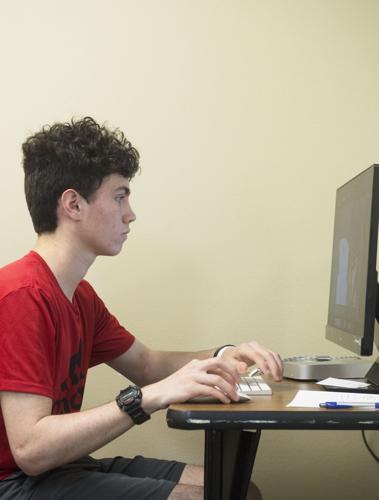 Students at Ozark Christian College’s Creative Arts Academy practiced a wide range of artistic pursuits this past week, all inspiring them to be creative in Christ.

The theme for this year’s academy was “Poiema,” the Greek word for workmanship.

“It’s the idea that God has made all of us and made us in his image,” said Matt Stafford, Creative Arts Academy director and director of worship and creative arts at Ozark Christian College. “Likewise, we have the capacity to create novel things. One of our most important missions is to inspire our students, get them to think of new possibilities.”

The Creative Arts Academy is in its fifth year at OCC. Approximately 130 students from 13 states participated this year. Enrollment has grown every year, which Stafford credits to the wide reach of OCC graduates throughout the country, promoting the event.

There were 12 study tracks from which students could choose, such as vocal, instrumental, songwriting, photography, videography and graphic design. Students also participated in performance tracks like writing, theater and speaking.

“These are all things that we offer here at the college that we hope to introduce students to and hope to give them some experience of what college is like,” Stafford said.

The academy on Friday held an event for parents and the community as a showcase to wrap up the week. Every student presented something they’ve created during the week. This finale showcase encouraged collaboration between the arts tracks. Over the course of five days, the songwriters would write a song, meet with graphic design and photography tracks for the album art, and then record with the production students.

Classes were taught by OCC faculty, students and volunteer artists from the community. For example, theater students started their first class in improvisation Monday with Zachary King, with Joplin Improv. He covered the basics of thinking on your feet during a live performance and then turned the students loose with some improv prompts.

This was one of the classes that Jenna Patterson, a 17-year-old from Columbia, was most excited to take. She said she looked forward to performing in a new environment and gaining experience.

“I like that drama helps me to express myself,” Patterson said. “I like feeling the characters and the skills it teaches me about public speaking, as well as the confidence it gives me.”

This was Patterson’s second year at the academy. She said she likes to perform at her church as well as work in the youth ministry. She hopes to take the skills she learns and teach them to younger kids in her congregation.

“Coming to the Creative Arts Academy definitely has helped my faith,” Patterson said. “I’m introverted, so it’s easier for me to be quiet. This helps me to reach out to other people.”

Stafford said a lot of what the students learn is designed to use back home. For example, the production track teaches staging and lighting that can be used in church services. The academy even offered a course in how to make a living as an artist.

For Travis Anderson, a 17-year-old from Haven, Kansas, the academy was a good test to see what his future path would look like. He said the collegiate atmosphere of the church academy surprised him.

“The only church camps I’ve gone to were out in the woods, starting a fire with sticks and stones,” Anderson said. “This has pushed my expectations out of the water; it’s been a nice experience.”

Anderson was in the videography track, learning camera angles, lighting and staging and doing interviews for a final project. He said he liked the chance to produce something with a guiding hand helping him along.

As a relatively new Christian, Anderson said he looked forward to learning the faith and practices of Christianity. Classes during the day were bookended by morning and evening worship. Many students said they enjoyed the inspirational speakers and peaceful meditation prayer sessions.

Stafford said the academy is structured on the belief that God has allowed people to make technology and art for his glory.

“We define culture as the things we make like photos or music, all different kinds of art,” Stafford said. “Jesus culture is culture that is modified by Jesus, knowing Christ and having him inform everything we do. We believe that then will impact the world. Cultural artifacts we create are the things that change people’s perceptions.”

Roger Nomer is an award-winning photographer for The Joplin Globe. He can be reached at rnomer@joplinglobe.com.

Do you support the recent decision by the U.S. Supreme Court to overturn Roe v. Wade?