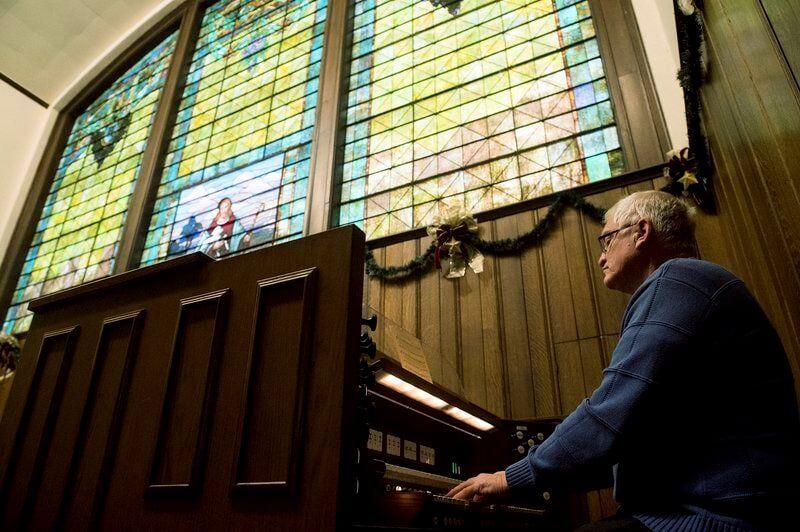 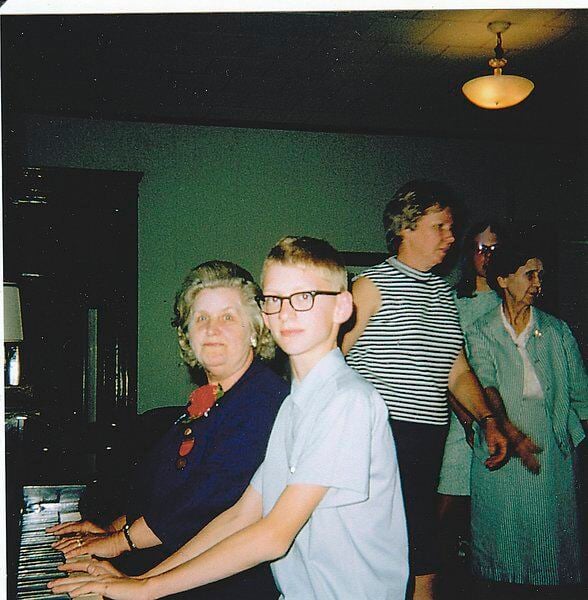 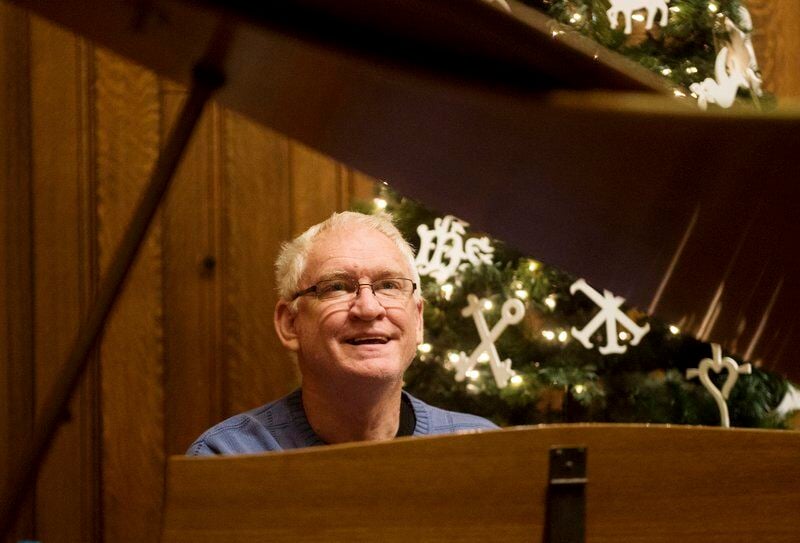 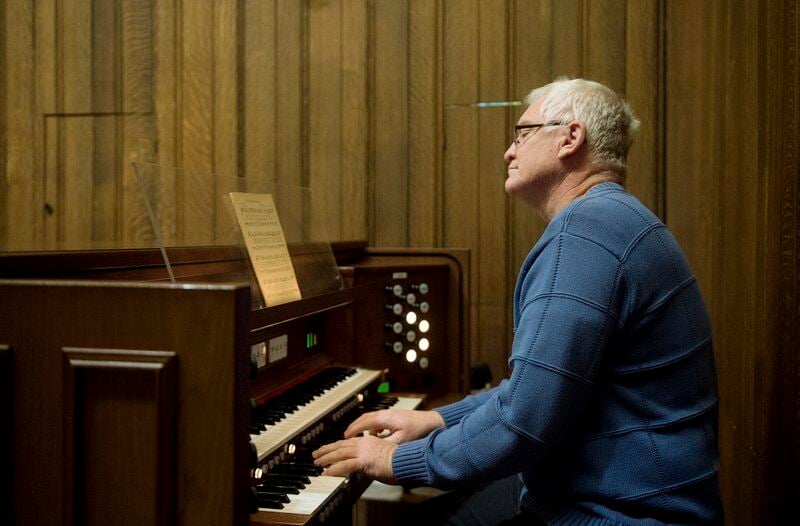 WEBB CITY, Mo. — Name a church in the Joplin metro area that possesses a piano or organ, and it’s likely that Scott Stone has played it — and played it well.

“For most of my life I have been playing the piano and organ,” said the Webb City man, who serves as a key member of the Joplin Area Organist’s Association.

Some people are drawn to classic books or vintage automobiles, Stone’s eyes grow wide at the sight of a venerable piano or pipe organ.

The piano “is a classical instrument that allows me to add so much variation to the music that makes it a personal statement,” Stone said. “I’ve been told that when I play piano, it’s like the words and music comes alive. It’s personal.”

His lifelong love affair with the piano — America’s most popular instrument, with 21 million Americans owning one — began at the age of 4, he said. While attending the Scotland Church of God, he began watching a teenage pianist by the name of David who played the piano each Sunday. While soaking in the rich sounds, he said he became “fascinated with the piano. I would sing and watch (David) play, wishing I could play the piano like him.”

About two years later, he discovered he had an ear for music.

“I could sing pretty good with my mom’s records and then in school found out that I could sing pretty good without the records,” Stone said. “I would sometimes sing for the (school class) when we were doing music or getting ready for the Christmas programs. I also discovered I had a good ear for picking out songs on the piano. I could hear it and then sit and pick it out on the piano.”

Stone’s second grade teacher at Oronogo Elementary School was amazed the 7-year-old could sing with a good pitch and could pick out a song on the piano. She took his mother, Thelma, aside and suggested he get lessons to keep his talents “growing and developing.” This makes sense. Piano is possibly the most versatile of all musical instruments because it is played in almost every genre of music and can be accompanied by instruments or singing voices or played solo.

At home, Stone was pounding away on a Silvertone chord organ from Sears — “I drove my family nuts learning to play,” he said. Later, he received his first piano.

His first piano teacher was Carterville resident Naomi Dillon-Kepple, who played the organ at Carterville United Methodist Church. She taught him to read music and to keep time.

“Looking back now I realize she was developing the needed skills … to bring the music within me to life,” Stone said. “I still visit Mrs. Kepple and play the piano for her occasionally. She is still fascinating at 97 years of age. She told me recently that she was so glad that she showed me where middle C was on the piano so many years ago.”

Other teachers would follow: Carole Smart, who helped Stone discover his love for Beethoven and classical music — “I remember when I did something great she would be ‘tickled pink,’” he said. Lorna Shockey, his second-grade teacher, also came back into his life to continue his musical education. “She encouraged my creativity and saw to it that I would have the proper tools and meet the right people to build my confidence and my musical career.” Another teacher, Gary Rees, taught Stone the skills to play gospel piano and then apply it to the organ.

By 1968, Stone was playing the piano at social functions in and around Webb City. He began socializing — and playing — with other talented area musicians, including Kevin Costley, a pianist at Frisco Church; Matthew Holt, the pianist at Carterville United Methodist Church; as well as organist and fellow Joplin Area Organist Association member, Ray Dell Willard.

At the age of 13, he yearned to play a new type of instrument — the organ. He first laid eyes on one in 1962, when he spied the large instrument inside Frisco Church. He told both his mother and Shockey that he could play the organ. Few believed him, including his father. After a Wednesday night church session, father and son began arguing in the car; his father telling Stone that he had no organ training and couldn’t play one without study and practice. Stone said otherwise. So his father stopped the car outside the Oronogo Baptist Church, which had a new organ inside. He said to his son — “We’re going to put a stop to this once and for all.”

Stone said, “I sat down at the organ, turned it on, set the stops, opened the hymnal to a familiar hymn and played the Wurlitzer like I owned it. Dad just said, ‘he sure made a liar out of me’ … Dad never argued about my musical abilities ever again. In fact, he became my biggest fan.”

A second trial occurred at the age of 15, when the pianist at the Scotland Church of God was out sick. When his Grandma Hammond said that Stone could play for the service, “my chin dropped to the floor. I had never played a whole service in church before. I was soaking wet with sweat by the end of that ordeal — and I never did sweat much. After church the people were so pleased that I was so accomplished at the piano at such a young age.

“I think this is where I found my calling,” he added.

This calling, as he calls it, has helped him stay active with an evangelistic team that does weekend revivals in the area for the past 56 years. He has also played at tent revivals, church camp meetings, concerts, funerals and lots of weddings. He had a Wurlitzer spinet organ that he would load up in the back of his pickup by himself. His friends and family referred to him as “the traveling wedding service.” And through the Joplin Area Organist Association, he preserves and sheds light on the area’s iconic pipe organs.

Looking back on his life, “I have been playing the piano and organ in various churches for about 50 years in Missouri and the surrounding states.”

Music, he continued, “is eternal. It never ceases to affect the way we feel or the way it changes our lives.”

Mrs. Luitgard Miller passed away peacefully on Saturday, January 16, 2021, at the age of 101. She was born on October 25, 1919, in Germany, to parents Luise Laser Harrsch and Ludwig Harrsch. Luitgard was the youngest of five children. Her older siblings were Werner, Hadwig, Luitpold, and Lud…