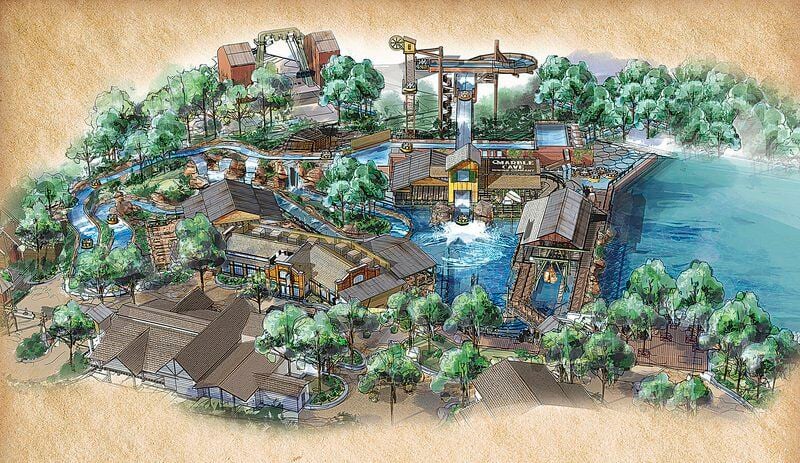 An artist's rendering shows the layout of the Mystic River Falls ride, which opened recently, and its environs. Courtesy | Silver Dollar City 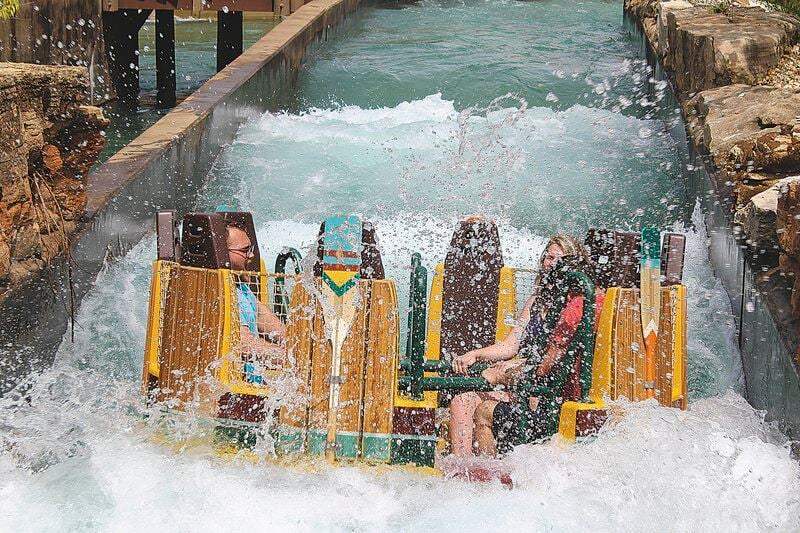 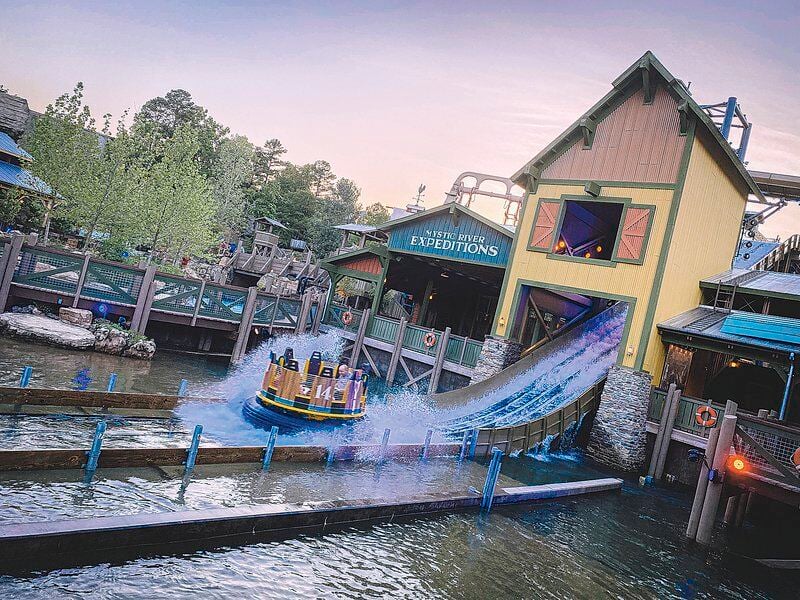 An artist's rendering shows the layout of the Mystic River Falls ride, which opened recently, and its environs. Courtesy | Silver Dollar City

Now riders are finding that fact out for themselves as the $23 million, half-mile river adventure opened to the public this past week.

“For 60 years, Silver Dollar City has been building and growing — every ride, every attraction, every festival, has been created based upon feedback from our guests,” Thomas said. “The new ride truly takes Silver Dollar City to a different level of experience for families and positions us for growth in the years to come, as we continue to draw families from Dallas to Chicago.”

Described by Thomas last year as a one-of-a-kind water adventure ride “we’ve never before had at Silver Dollar City,” Mystic River Falls draws inspiration directly from historical documents pertaining to the park’s Marvel Cave, which was the catalyst for the theme park’s construction six decades ago.

“My favorite part of developing this ride is the how history meets lore,” said Lisa B. Rau, director of publicity for the 1860s theme park. “Marvel Cave has a Mystic River inside its depths. As far back as 1893, scientists have tried to find the headwaters of this … waterway, documenting it in a book from the 1890s-1940s. Even modern day scientists aren’t sure where the waters travel. That truth, mixed with lore of adventurers seeking the headwaters, makes it all so ‘Silver Dollar City.’”

The 51/2-minute ride itself consists of a half-mile river adventure, complete with navigating turns, high tides and a hidden mine shaft. The 82-foot tower uses elevator platforms to lift the slowly rotating rafts high into the air. After the eight-person rafts float through an elevated river channel 180 feet above the ground, a “waterfall” drops them 41/2 stories to splashdown.

“Mystic River Falls is truly considered an engineering marvel in the global attractions industry,” Rau said. “The rotating … lift is the only of its kind anywhere. Also, the length and elevation of the channel, coupled with the Ozarks river theming, really puts this water ride on a shelf all its own.

“Lots of parks build rides, but we always set out to do the best ride presentation we can,” she continued. “You look at famed coasters like Outlaw Run ($10 million investment) and Time Traveler ($26 million investment), which are both leaders in the industry, and now we add Mystic River Falls to the … list, and Silver Dollar City has quite a lineup of legendary attractions.”

Mystic River Falls replaces the Lost River of the Ozarks, which originally opened in 1985 at a cost of $2 million. The popular whitewater raft ride closed in 2018.

The ride is surrounded by the all-new themed area named Rivertown, which includes the Rivertown Smokehouse, “the largest dining investment in corporation history,” Thomas said last year. A $4 million investment, it will serve the park’s famed barbecue and have seating for 400 that overlooks the Mystic River ride.