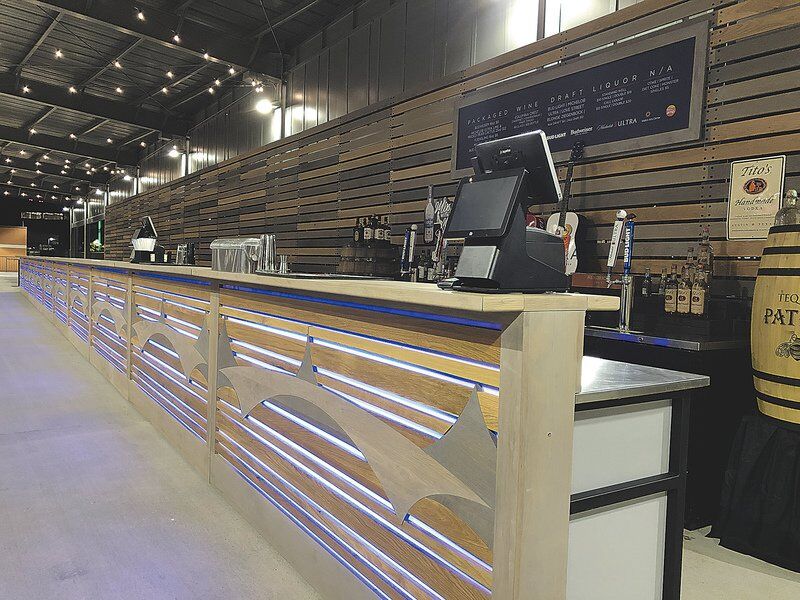 The Choctaw Plaza at the Walmart Arkansas Music Pavilion has a new 80-foot-bar. Courtesy | AMP

Renovations at the Walmart Arkansas Music Pavilion include an expansion of the venue's capacity to 11,000 people. Courtesy | AMP 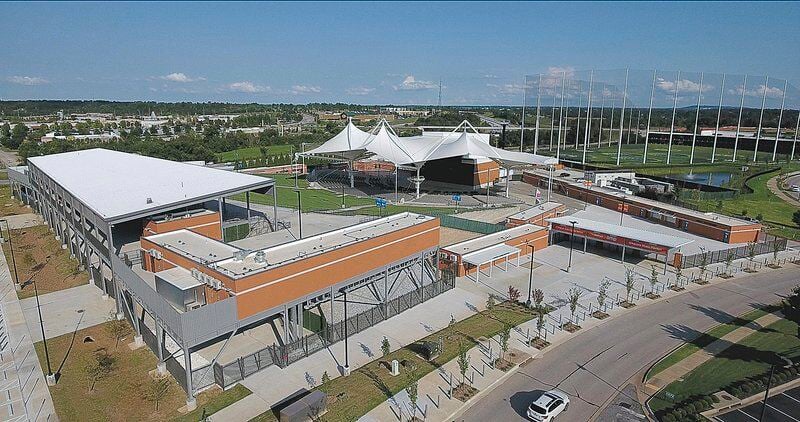 More than $17 million in renovations and additions were made over the past seven months to the Walmart Arkansas Music Pavilion, an 11,000-person outdoor concert amphitheater in Rogers, Arkansas. Courtesy | AMP 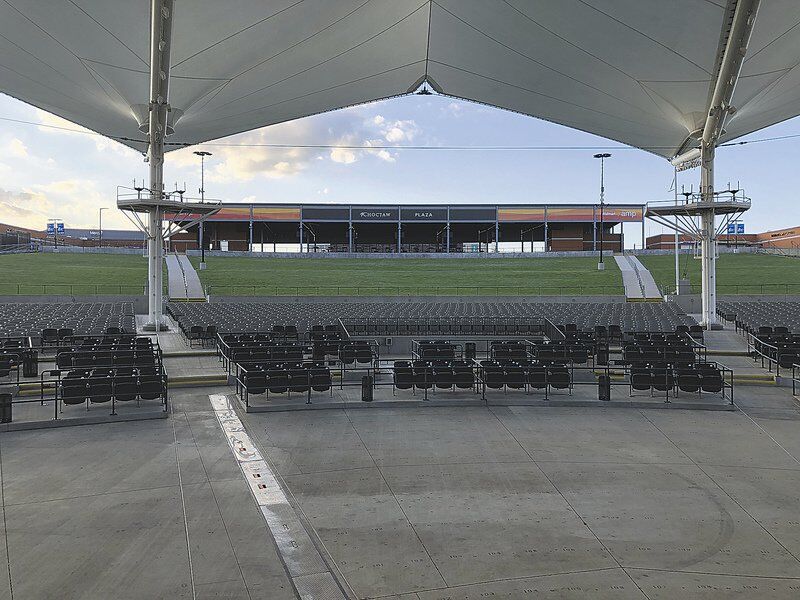 A view from the performance stage shows the 3,500 covered seats, the lawn and, in the background, the new Choctaw Plaza with its 80-foot-long bar. Courtesy | AMP

The Choctaw Plaza at the Walmart Arkansas Music Pavilion has a new 80-foot-bar. Courtesy | AMP

Renovations at the Walmart Arkansas Music Pavilion include an expansion of the venue's capacity to 11,000 people. Courtesy | AMP

A view from the performance stage shows the 3,500 covered seats, the lawn and, in the background, the new Choctaw Plaza with its 80-foot-long bar. Courtesy | AMP

ROGERS, Ark. — Numerous concert venues nationwide have sat silent during the COVID-19 pandemic, and the Walmart Arkansas Music Pavilion is no exception. It hasn’t sat empty, however.

After seven months and $17.2 million in expansions and renovations to Arkansas’ largest outdoor amphitheater, involving hundreds of workers, results were shared with the world last month.

“This is not how we had envisioned unveiling our expanded facility,” said Peter B. Lane, president of the concert venue as well as the Fayetteville, Arkansas-based Walton Arts Center. He added that a much larger and public celebration will be held once the state’s pandemic-related health and safety regulations ease.

The Walmart AMP, ranked in the top 50 of Pollstar’s Top 100 bestselling amphitheaters worldwide, “is unique in the region, and we pride ourselves on being able to provide a boutique concert experience while still bringing in some of the biggest names in the business,” said Jennifer Wilson, AMP’s public relations director. “We have great sight lines throughout the venue, and our video walls make every show here an intimate and exciting experience.”

Construction efforts centered around creating a more comforting experience for both the artists on stage and the cheering crowds massed below, Wilson said.

Additions and renovations include:

• The most noticeable change, Wilson said, is the 15,000-square-foot expansion to the top of the lawn, dominated by the Choctaw Plaza, a 12,300-square-foot covered plaza space home to an 80-foot bar and seating area for concert viewing.

• Between the expanded main gate and Kraft Heinz-sponsored side entrance, the venue now operates 12 gates at once, which increases traffic flow into the facility.

• Beyond the entrance gates, the entry plaza has doubled in size, nearly 20,000 square feet now, with 36 additional restrooms and a new Tyson concession stand.

• The Procter & Gamble Box Office was expanded from four service windows to seven, making it easier for people to purchase and pick up tickets.

• AMP Vision, a closed-circuit concert feed, will be displayed on 19 dedicated displays throughout the venue, including two video walls on stage so nothing on stage is missed by viewers below.

With contributions from regional companies such as Hunt Ventures, Walmart, General Mills, Tyson, Procter & Gamble, Visit Rogers, Live Nation and Choctaw Casinos & Resorts, AMP officials were able to plan and complete “this large-scale construction project despite the pandemic, which is truly amazing,” Lane said. “Because of this project, the Walmart AMP will be able to remain competitive in the touring industry, which will benefit our entire region when tours resume.”

The Walmart Arkansas Music Pavilion began as the Arkansas Music Pavilion, essentially a tent, on the parking lot of the Northwest Arkansas Mall in Fayetteville, Arkansas. Walton Arts Center purchased the venue in February 2011 with the goal of expanding arts and entertainment offerings in Northwest Arkansas, which has long been one of fastest-growing areas in the nation. It opened at its current Rogers location in 2014, the first of its kind in the region.