Inclement weather stalls construction Tuesday on a new roundabout at Garrison, Fairlawn and Elk in Carthage. The project is to be completed by Nov. 1. 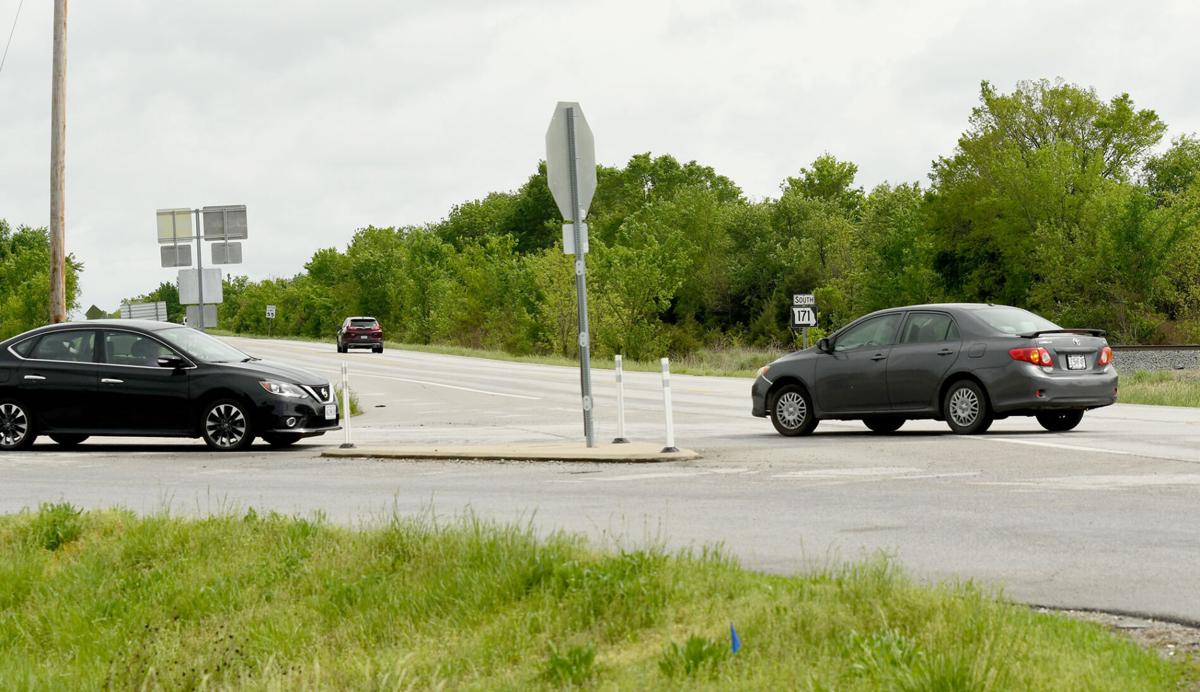 Inclement weather stalls construction Tuesday on a new roundabout at Garrison, Fairlawn and Elk in Carthage. The project is to be completed by Nov. 1.

The first traffic roundabout in Southwest Missouri, which was completed in 2006, is getting a twin 15 years later, about a half-mile to the south.

Construction is underway on a new roundabout at the intersection of Garrison Avenue, Fairlawn Avenue and Elk Street in Carthage. Traffic on Elk and Garrison west of Fairlawn was closed April 19 for the duration of construction of the roundabout.

Carthage and MoDOT officials say the roundabout will be a close twin to the roundabout built in 2006 at the intersection of Fairlawn Avenue, Grand Avenue and Airport Drive.

That roundabout was the first completed on a state route in Southwest Missouri and introduced drivers to a new concept in traffic control that has now been repeated in variations across the area.

The two intersections are similar in that they bring three streets together.

The Airport Drive and Grand intersection with Fairlawn was much busier than the Elk and Garrison intersection and was controlled by traffic signals before the roundabout was completed.

Garrison, Fairlawn and Grand are all part of Missouri Highway 571 that runs north and south through Carthage.

The contract with Hartman & Co., of Springfield, calls for completion of the project by Nov. 1.

Construction on another innovative roundabout is set to start next month north of Carl Junction on Missouri Highway 171.

MoDOT officials say a “signaled” roundabout at the intersection of Missouri 171, Missouri 96 and County Route YY will address safety issues at an intersection that has seen a few crashes between vehicles and trains throughout the years.

The Kansas City Southern Railway Co. tracks run parallel to Missouri 171 between Asbury and Carl Junction, and the crossing at Route YY features an unusual hump in the road that has caused large, low-slung trucks to become stuck on the tracks on a few occasions. In one incident in December 2010, a truck pulling a trailer carrying boats became stuck on the tracks while traveling east and was hit by a southbound train, sending the boats flying down both sides of the tracks and derailing the train’s locomotive.

No one was hurt in that crash.

“Vehicles, especially large semis and farm equipment, approaching from the west on Jasper County Route YY often must sit across the railroad tracks while waiting for a gap in traffic on Route 171, causing a significant safety concern for both the traveling public and KCS trains,” MoDOT said in a news release. “The project will increase the space between the railroad tracks and Route 171, improving safety.”

The roundabout is unique in the state in that it will include traffic signals to stop traffic poised to cross the railroad tracks from the south on Highway 171 and from the west on Highway 96 before it enters the roundabout when a train approaches.

The roundabout will feature lanes to allow northbound traffic on 171 to continue north or turn right onto eastbound Missouri 96 without waiting for the traffic waiting to turn left and cross the tracks.

Similar lanes on Highway 96 will allow traffic traveling east to turn left onto southbound 171 or right onto northbound 171 without waiting on the eastbound traffic stopped for trains.

MoDOT said utility crews have been working to move utility lines and pipes for a few weeks, and construction will begin on the new roundabout on June 1, weather permitting.

The project is expected to cost $9.8 million and be completed by Nov. 1.