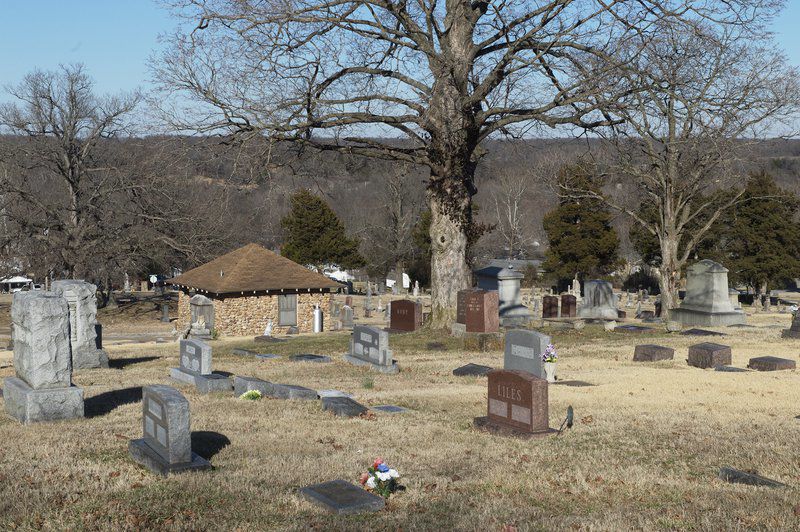 An estimated 8,500 headstones punctuate the historic IOOF Cemetery, which the city of Neosho has acquired through what officials say was a receivership situation. City officials say they are trying to figure out a way to pay for maintaining the cemetery that spans 31 acres. GLOBE | ROGER NOMER 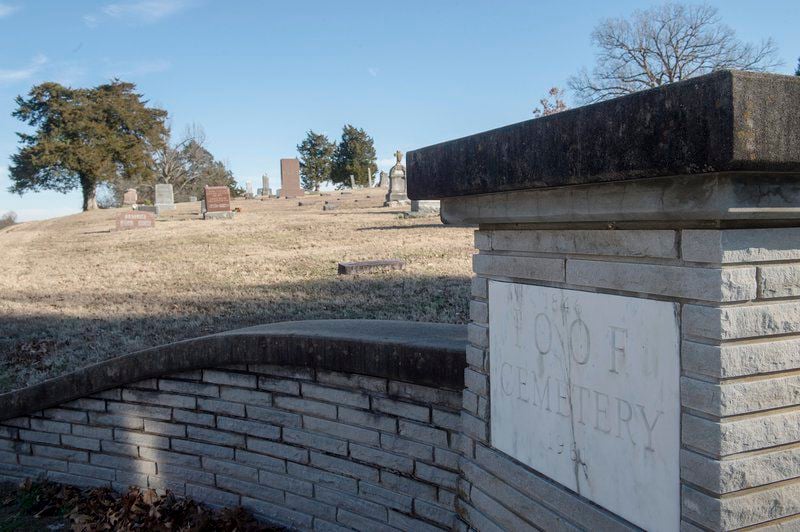 A gate inscribed with the Independent Order of Oddfellows name is flanked by what officials say is an estimated 8,500 graves, some of which date to the middle 1800s. The city of Neosho has acquired the cemetery through a receivership situation. GLOBE | ROGER NOMER

An estimated 8,500 headstones punctuate the historic IOOF Cemetery, which the city of Neosho has acquired through what officials say was a receivership situation. City officials say they are trying to figure out a way to pay for maintaining the cemetery that spans 31 acres. GLOBE | ROGER NOMER

A gate inscribed with the Independent Order of Oddfellows name is flanked by what officials say is an estimated 8,500 graves, some of which date to the middle 1800s. The city of Neosho has acquired the cemetery through a receivership situation. GLOBE | ROGER NOMER

NEOSHO, Mo. — Neosho officials continue to work on finding the wherewithal to pay for maintaining the Independent Order of Oddfellows Cemetery, which it has acquired through an unforeseen twist.

While city officials wrangle with how to take on the sizable maintenance chore, an investigation by the Neosho Police Department into the possibility that funds went missing during a previous ownership remains under review by the Newton County prosecuting attorney's office.

"There are roughly about 31 acres out there to mow," said City Manager David Kennedy about the cemetery at South and Freeman streets in Neosho. "We've been told there are about 8,500 headstones we'll be weedeating around."

The Neosho City Council last week approved a first reading of an ordinance that sets rules for conduct within the cemetery and the sale of plots. That ordinance is expected to be discussed for final approval during the council's Jan. 21 meeting.

Plots will be sold for $650 each, with an administrative fee of $50 also being charged, according to paperwork reviewed by council members. Burial services will range from $450 to $1,000.

City Clerk Cheyenne Wright said during the meeting that the fees are the same ones that the previous board had in place and that they are similar to those of cemeteries owned by other cities.

Council members also discussed forming a board to oversee operation of the cemetery for the city. Without a vote, the council reached a consensus that the board should be composed of seven community members, one of which being a City Council member and another a city staff member.

Wes Franklin, who was president of the cemetery's board before the cemetery's transfer of ownership to the city, said the operation appears to be in reliable hands. He said he would be interested in serving on the new board.

"From what I saw during the transition, I believe the cemetery is in the best hands possible," Franklin said. "I think this responsibility is something Kennedy and city staff take seriously. I was happy to see that."

In a quitclaim deed, Franklin was listed as the president of the cemetery board, but his involvement with that board started in August. He said in a previous Globe interview that he filled in as president in order to get the transfer of ownership started, and that the previous caretaker, Richard Brewer, had been homebound in poor health and died in June.

The cemetery has about 11,000 plots, about 8,500 of which are either occupied or already sold. Its first recorded burial took place in 1846, when it was a small private cemetery.

Franklin said that the Neosho lodge of the IOOF organized around 1855, and it took over ownership and management of the cemetery at about the same time. In 1986, ownership was transferred to Neosho IOOF Cemetery Inc., likely because the local lodge dissolved, Franklin said. That group held the deed until November, when it was assumed by the city.

Along with the property, the city inherited a trust worth about $120,000. That funding may be spent only toward upkeep. But fees are not expected to stretch far enough for upkeep costs. In November, Kennedy estimated that cost could run as high as $100,000 annually.

The city is currently studying options for handling those maintenance costs. Kennedy said options range from hiring additional employees to contracting with a third party. He also said he hopes to have a better, more concise estimate of costs in about two months.

"Funding from the general revenue fund will have to offset overrun costs," Kennedy said. "One of the things we're looking at is which option would benefit the city better."

The transition of cemetery ownership started in June, when the Neosho Police Department started an investigation into the possibility of missing funds. The cemetery was not being maintained and had become overgrown, Kennedy said.

The investigation led to the cemetery being designated in a condition of receivership. In the event of such, Kennedy said, a series of steps in state law requires the legal jurisdiction where the cemetery is located to assume ownership.

No charges have been filed so far, but a spokesperson for the prosecutor said Monday that the case, which was turned over by police in September, remains under review.

As many as five employees with the parks department were dispatched last summer to help get greenery under control, Kennedy said. After that, two or three employees were used to maintain it. Parks employees now regularly inspect the cemetery to look for acts of vandalism and make sure the grounds are in good condition.

The cemetery remains of interest to nearby residents: Councilman Tom Workman said during last week's meeting that he has heard from people who are interested with helping ensure the cemetery remains in good condition, both physically and financially.