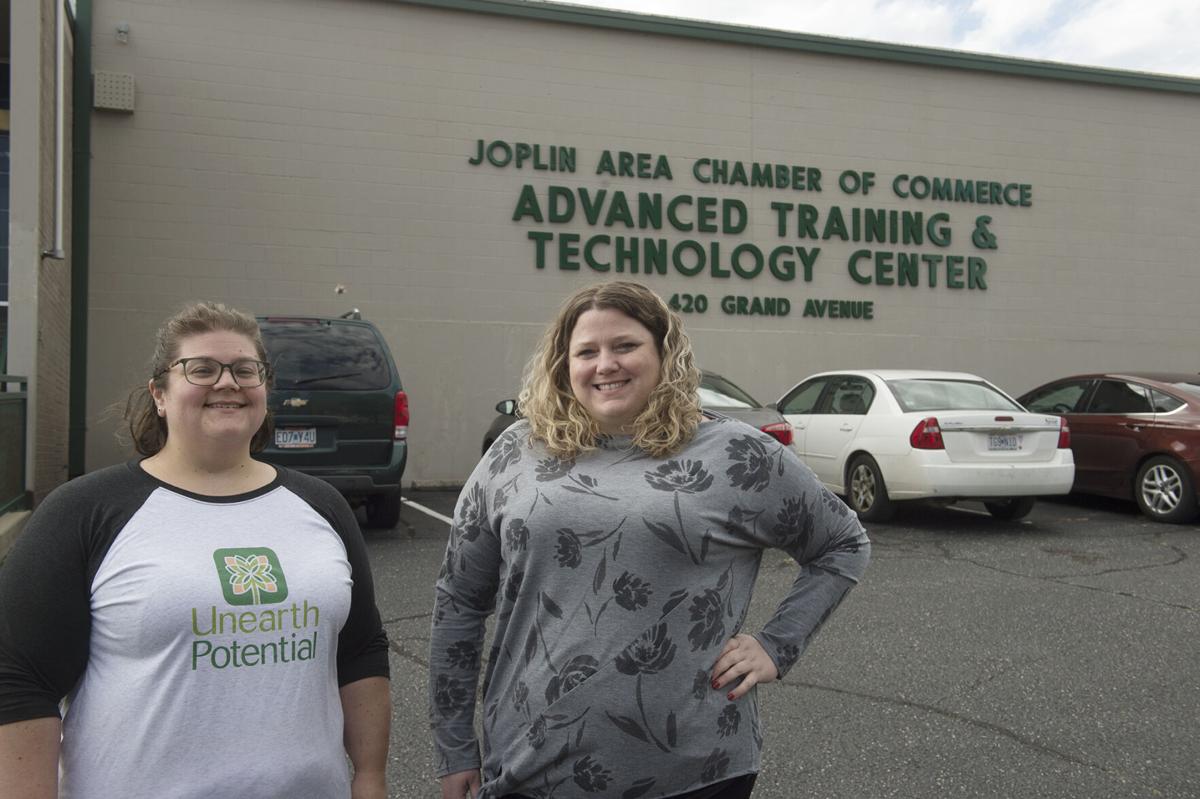 Erin Phipps (left) and Anita Archer, co-owners of a clinic they started called Unearth Potential clinic, pose in front of the Advanced Training and Technology Center. They gave a recent presentation on their clinic and its focus on a therapy called applied behavior analysis. GLOBE | ROGER NOMER 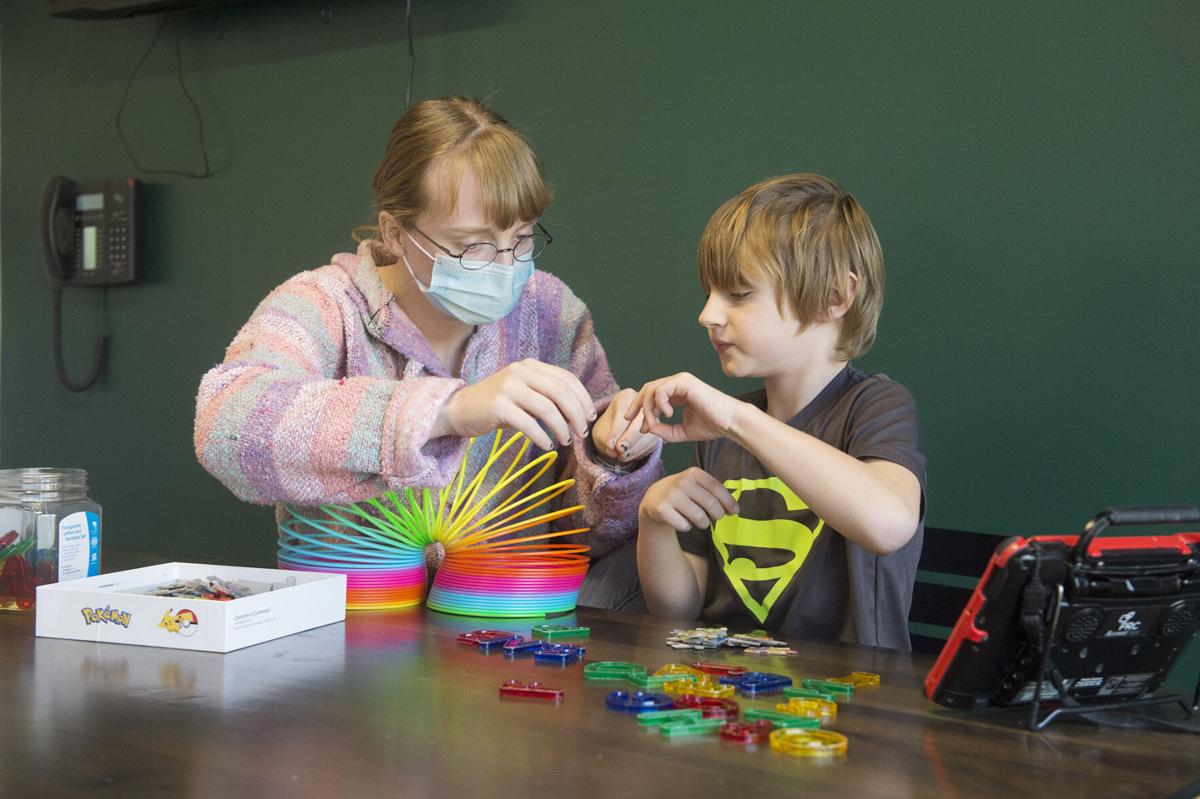 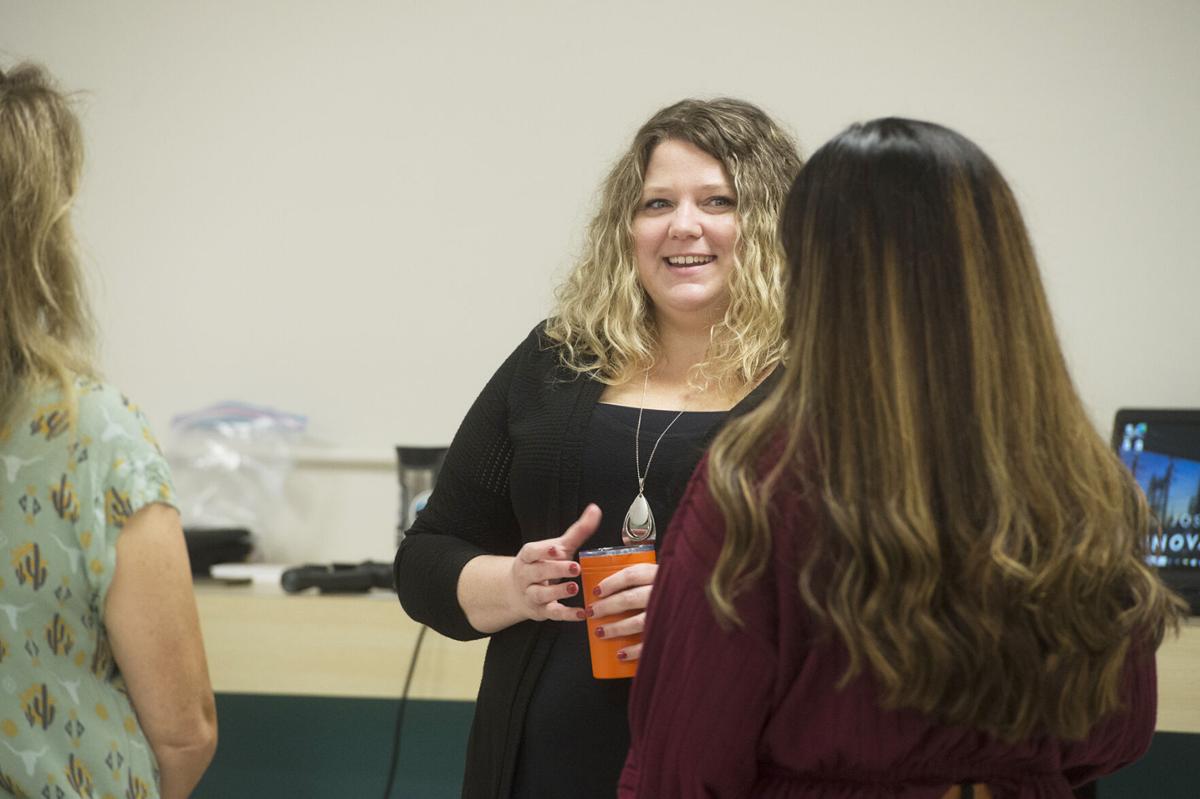 Anita Archer, co-owner of Unearth Potential, gives a presentation Wednesday at a One Million Cups Meeting at the Advanced Training and Technology Center in Joplin. 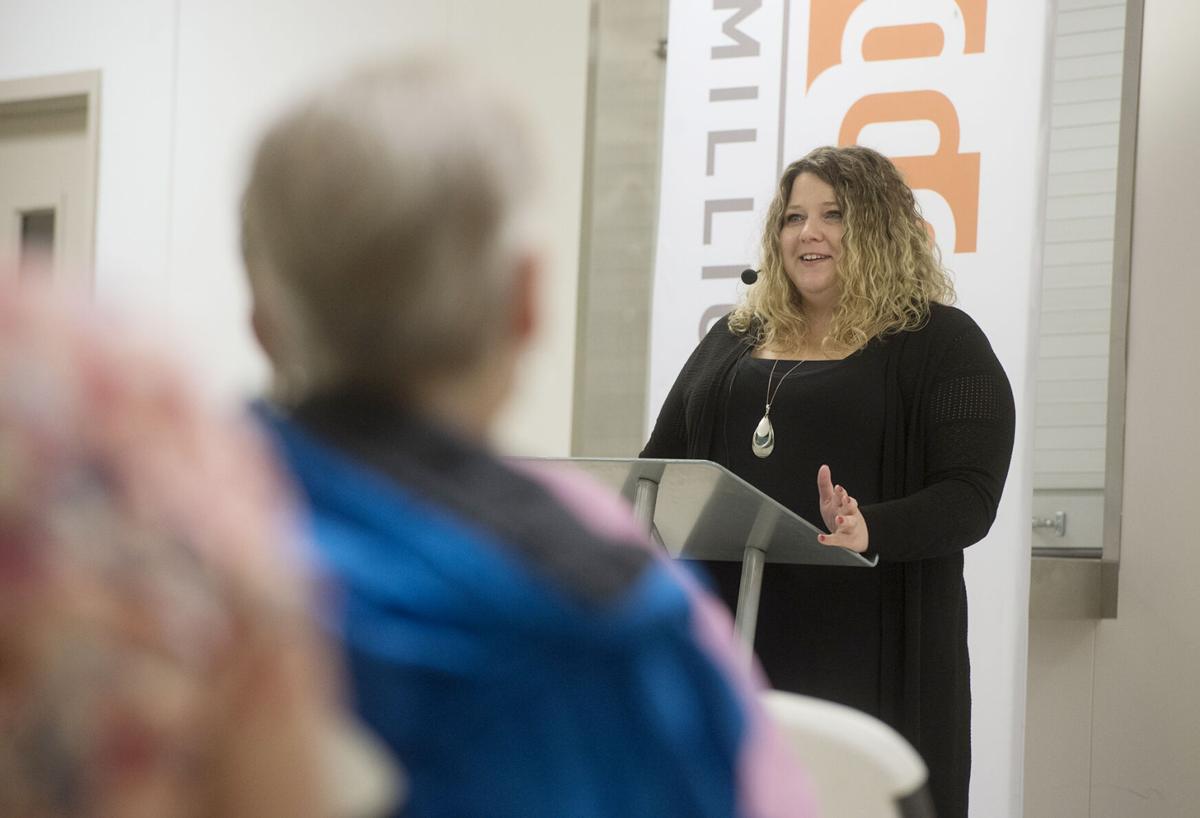 Anita Archer, co-owner of Unearth Potential, gives a presentation Wednesday at a One Million Cups Meeting at the Advanced Training and Technology Center in Joplin. Globe | Roger Nomer

Erin Phipps (left) and Anita Archer, co-owners of a clinic they started called Unearth Potential clinic, pose in front of the Advanced Training and Technology Center. They gave a recent presentation on their clinic and its focus on a therapy called applied behavior analysis. GLOBE | ROGER NOMER

Anita Archer, co-owner of Unearth Potential, gives a presentation Wednesday at a One Million Cups Meeting at the Advanced Training and Technology Center in Joplin.

To say that losing a job during last autumn’s COVID-19 crest was a blow is likely an understatement to those who experienced the situation.

But two Joplin women committed to the needs of children on the autism spectrum powered through what might have seemed overwhelming to build their own business doing what they love.

Erin Phipps and Anita Archer planted their fledgling Unearth Potential clinic in the small business incubator at the Advanced Training and Technical Center about a year ago.

They are already preparing to move the growing clinic into leased office space, which officials with the Joplin Area Chamber of Commerce recently told the Joplin City Council is a testament to the value of the center at 420 Grand Ave. as well as to the determination of Phipps and Archer.

The Advanced Training and Technical Center was established by a partnership involving the Joplin Area Chamber of Commerce Foundation, the city of Joplin, Crowder College and the Workforce Innovation Board to train workers or upgrade their skills and provide a starting point for entrepreneurs.

That’s where you’ll find Phipps and Archer for now, but in early November they’ll take their staff of nine full-time employees, two part-time employees and an intern to new offices in the 1800 block of North Range Line Road. Construction renovation of the space is being finished now.

Starting their own clinic seemed daunting when they first thought about it, but Archer and Phipps saw that using business development tools such as a business plan along with launching in an incubator space has helped them knock down hurdles one by one to work toward their goals.

Phipps grew up in Joplin. She obtained a bachelor’s degree in vocal music and then worked as a paraprofessional in a special education classroom. She then got a teaching certificate and became a special education teacher. She taught a child whose parents wanted the child to learn through a method called applied behavior analysis, and she was hired by a school district to teach that.

In applied behavior analysis, the teacher identifies a child’s barriers and finds ways to navigate those barriers. Children are taught how to function in the community, how to make relationships and how to maintain them.

She then took a job in a clinic here working with autistic children, obtained her master’s degree and became a behavior therapist.

She and Archer were working together at a clinic when it closed last October and left Archer, Phipps and other workers unemployed.

Phipps and Archer decided to open a clinic “and here we are, almost exactly a year later,” Phipps said.

“Unemployment did not suit us,” Archer added.

“The ‘what if’ wasn’t the hard part,” Phipps said. “The actual doing it was a little bit more challenging of a decision.”

The first hurdle in starting the clinic was deciding they had to be “all in. For us to make the decision, we needed to be all in because we wanted to be successful and learn from the other places we had worked,” Archer said. and that included having the full support of their families.

Funding was a key, and navigating that was an early challenge until the pair obtained a business loan. They also worked to write that business plan that has been guiding their decisions.

“Figuring out the business side of it has been the biggest challenge,” Phipps said. “We both feel pretty confident as clinicians, but learning to be business owners and clinicians at the same time has been an interesting process.”

Archer said their co-workers at their former jobs were interested in joining the clinic when they got started. So finding staff was not as much of an issue, nor was finding clients. They were able to enroll children who needed services and didn’t have access.

When they started the company and were developing their business plan, they knew they wanted to start small and stagger growth to be sustainable. They knew they still wanted to get kids the services they were missing out on because they were on a waiting list and they also wanted to get themselves and their co-workers back to work.

Leaving the Advanced Training and Technical Center for larger, leased offices was in the business plan at about this time.

But all the planning and baby steps forward have been rewarding because it has them keep the careers they chose and are dedicated to continuing.

For Phipps, learning the science of behavior made sense to her and gave her more insight into the role of a clinician.

“When I started to see it worked and made meaningful change ... that was what really made a difference for me and solidified my commitment,” she said. “I knew I would continue in this field. I just didn’t know how, and that is why I was willing to commit to this business.”

Archer has worked in the field for about 15 years. During her years at the University of Missouri, she did not envision being a clinician in applied behavior analysis either. She planned on a career in human development and family studies, being a child life specialist in hospitals. She returned to Joplin and decided to try working with autism therapy for a while until she found a job in the field she had planned.

But she fell in love with applied behavior analysis. She lived abroad in Dubai doing behavior therapy in schools and nurseries for a New York-based clinic for seven years before she came back to Joplin.

“When you’ve been doing this so many years, our reinforcement is seeing the kids making meaningful changes and progress. and when the kids are excited about their progress and the families, we get to celebrate all those milestones with them, and being a part of that is very exciting,” Archer said.

Anita Archer of Unearth Potential spoke at Joplin's 1 Million Cups about how to avoid the pitfalls of building a business.

She and her business partner looked for ways to help employees avoid job burnout and provide benefits such as access to child care as a way to retain employees.

Information about 1 Million Cups and presentations can be found at www.1millioncups.com/joplin.