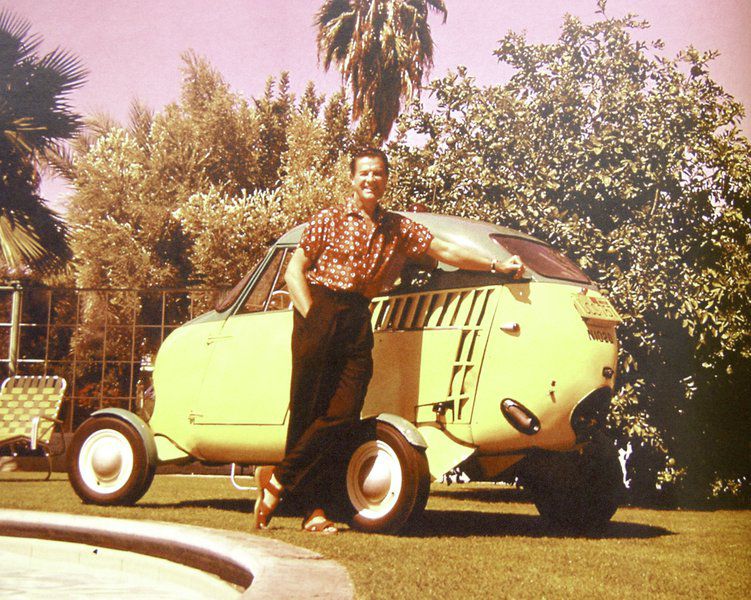 Actor Bob Cummings, who bought one of the early Aerocars, loved to drive and fly it so much that he had it written into several of the scripts for his television show in the 1950s.   Courtesy | AirportJournals.com 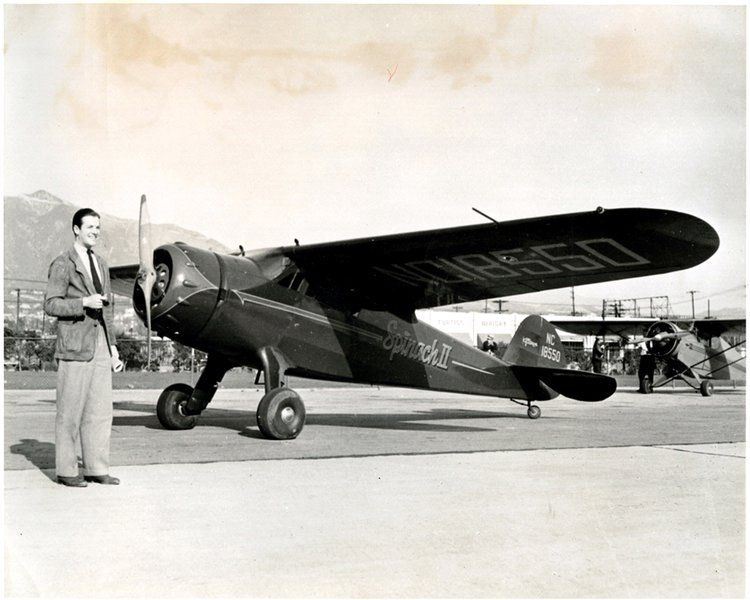 Actor Bob Cummings, who bought one of the early Aerocars, loved to drive and fly it so much that he had it written into several of the scripts for his television show in the 1950s.   Courtesy | AirportJournals.com

If you mention Joplin’s native son Bob Cummings, longtime residents of Joplin may remember the motel on Range Line Road that bore his name. Or they may recall his series of television shows from the 1950s and 1960s, where he portrayed a bachelor photographer always on the go. It’s possible some might recall one of the many movies in which he appeared from 1933 into the 1980s.

He was born in 1910 in Joplin to Dr. Charles and Ruth Annabelle Cummings. His father, a surgeon, was on the staff of St. John’s Hospital and was one of the founding doctors for the Jasper County tuberculosis hospital, later named Elmhurst, outside of Webb City.

In 1909, Orville and Wilbur Wright traveled through Kansas on the way to Joplin. While in Kansas, Orville Wright contracted “barber’s itch,” a fungal infection. Dr. Cummings successfully treated him for the infection. As a result of the treatment, Wright and the doctor became good friends. The next year when his son was born, the senior Cummings wanted to name their son Robert Orville Cummings. Ruth Cummings objected to the point of crossing out Robert Orville on the birth certificate and adding Charles Clarence instead. As there was no more room on the certificate for the surgical nurse to sign, she signed beneath the composite name. The baby became Robert Charles Clarence Orville Cummings.

Orville Wright continued to be a family friend over the next decade, even as the senior Cummings became an advocate for public aviation and municipal airports. He regaled his son with stories of the Wrights’ flights, helped Bob build model airplanes, and watched planes take off and land from the airport west of Schifferdecker Park.

In 1926, Bob Cummings was 16 and taking a mechanics class. A local plumber brought in a motor that the class repaired. In return, he gave each member a free airplane ride. The man gave Cummings 15-minute flying lessons for $25 an hour. By March 3, 1927, Cummings had a grand total of three hours and 15 minutes of instruction. His teacher couldn’t make the session and told his 17-year-old pupil to “take her up alone, you’re ready.” Sure enough, he took the Travel Air plane off and landed safely. A few weeks later, his mother was his first passenger.

For the next two years, he put in long hours giving passenger flights, flying charter and delivering airplanes. He even ferried a Ford Trimotor on one engine, the other two engines having been shipped ahead to the destination by rail. He enrolled in Carnegie Tech in Pittsburgh, Pennsylvania, for mechanical engineering with the goal of a degree in aeronautics. He took practice flights in a Curtiss Pusher as he had the funds.

However, the Wall Street crash of 1929 hurt his family’s finances. He left college and enrolled in the New York Academy of Dramatic Arts after his roommate encouraged him with stories of opportunities in theater. The academy needed male students and paid him $14 a week.

He pursued acting, which led him to England and back. He landed some roles on Broadway with his cultivated English accent. He landed a role in the Ziegfeld Follies as B.S. Conway even as he kept practicing flying.

He moved to Hollywood, lost his English accent and became Bob Cummings. His love for aviation continued as he studied and practiced flying. Acting had been a means for him to be able to pursue flying. In 1936, he became a partner in the operation of Peterson Flying Service at Mines Field, California. The business offered aircraft maintenance, charter, storage, log books, goggles and flight training.

Two years later, he was offered the opportunity to buy a share of Mines Field for $40,000. He couldn’t raise the money. Today, the field is the site of Los Angeles International Airport.

In 1938, the Civil Aviation Administration created the rating of flight instructor. Cummings applied for it even before a qualifying exam had been prepared. The Los Angeles CAA inspector drafted a 10-hour written test and a flight test, both of which Cummings passed. He qualified for Flight Instructor Certificate No. 1, the first in the country.

During World War II, Cummings was rejected as a combat pilot because of his age. Instead, he helped organize California’s first Civil Air Patrol, which he later commanded. He became a flight instructor in the Army Air Force, putting his acting career aside. He also toured the country on war bond tours.

After the war, he invested in a little two-plane airline that folded shortly after it began. But in 1947, he purchased his own Beechcraft C-45 plane. In 1952, he began his work in television with the “My Hero” series. In 1954, “The Bob Cummings Show” was launched with him as a photographer/pilot. Several episodes involved flying a biplane. But he incorporated another innovation into his series.

He purchased an Aerocar, a car with an air-cooled aircraft engine at the rear that powered the car in flight. Wings and tail could be unfolded from a trailer and connected in about five minutes. Ground speed was 60 mph, while air speed was about 100 mph. It could cruise at an altitude of 12,000 feet. Cummings took advantage of the combination to promote personal airplanes. His car was one of only six models made; the plane never reached production status. (It is currently the only Aerocar still flying.)

With the end of “The New Bob Cummings Show” in 1962, he could no longer promote public aviation. Over the next two decades, he continued to work in television, an occasional movie and theater. He owned several planes, all named “Spinach.” Even though he gained fame as an actor, aviation clearly was Cummings’ first love.