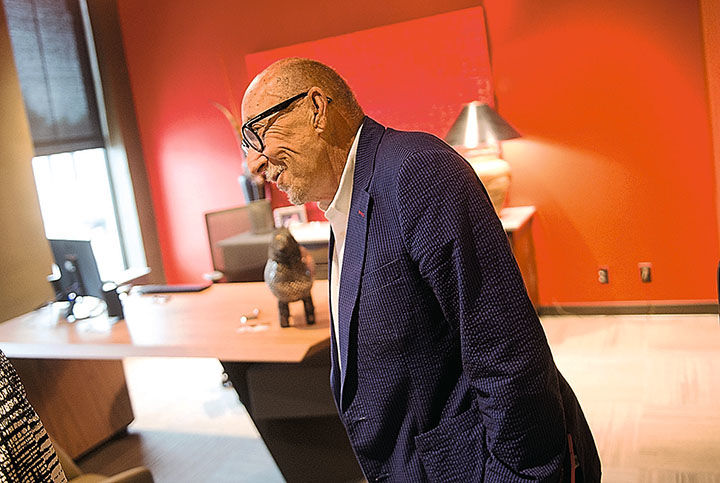 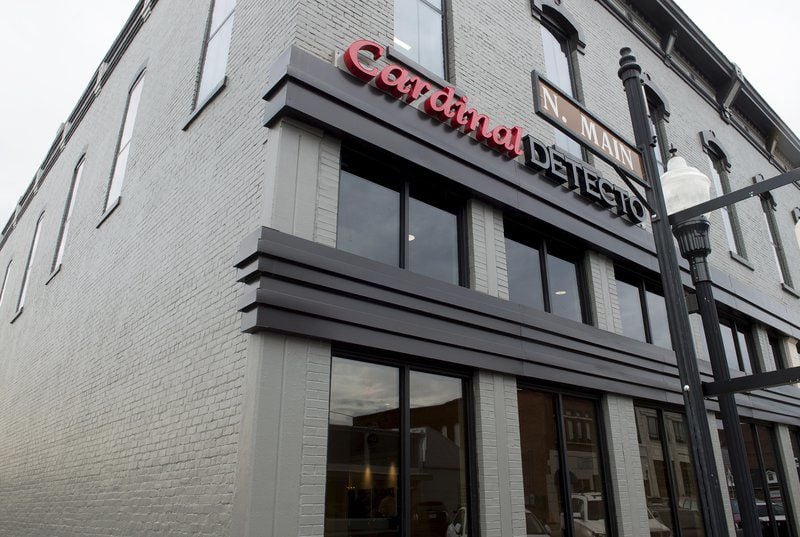 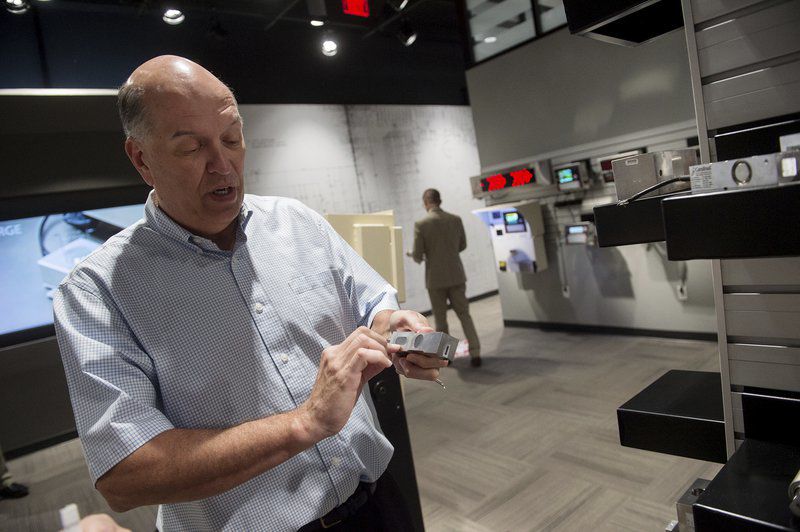 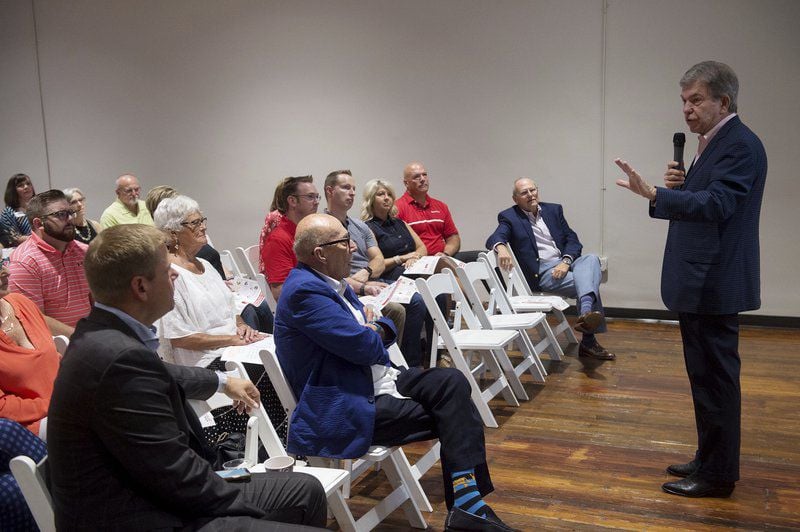 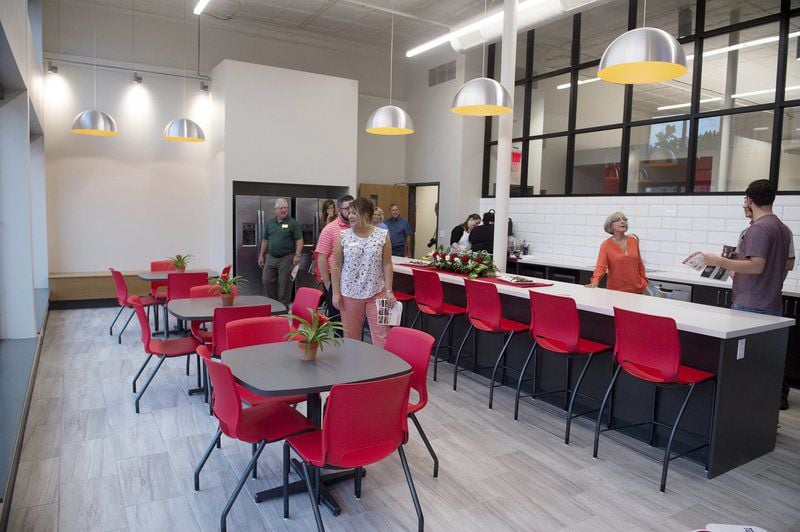 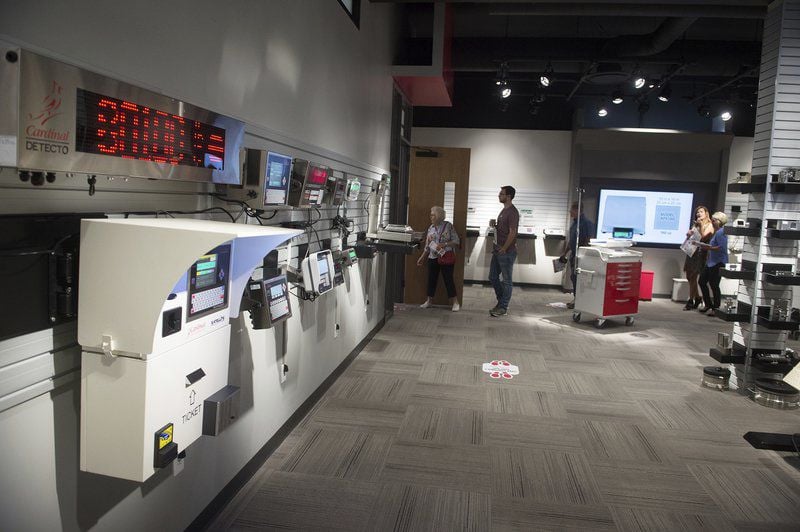 “We want to be a good partner with the whole community, and that’s very important to us,” said Matthew Stovern, president of Cardinal Scale. “To be able to renovate this on Main Street in Webb City was exciting for us, and it was kind of a win-win for us and the city.”

Cardinal Detecto Scale celebrated the recent completion with a grand opening for the public on Friday that drew more than 100 people, including U.S. Sen. Roy Blunt, R-Mo. The project includes event space for company meetings and events, an IT Department, a kitchen/break room, offices for purchasing and accounting, as well as a showroom.

The building was modified over the course of two years and cost the company an estimated $2.594 million, according to building permit records. CGA Architects of Joplin designed the company’s vision and Construction Services Group of Neosho executed the renovation.

Cardinal Scale manufactures a diverse range of scales and weighing equipment for the medical, industrial, agricultural, clinical and shipping sectors. The company has been located in Webb City since its inception by William H. Perry in 1950. The acquisition of Detecto Scale in 1981 doubled the size of the company and its product line.

"We not only celebrate the worldwide success of this business, but we celebrate their presence in our city," said Dawson. "Every resident of the city makes it a better place. However, Cardinal Scale is just a good neighbor and a valuable asset to Webb City."

The renovated executive offices are located in the former Royal Furniture building at the corner of East Daugherty Street and North Main Sttreet, which was built in 1907. The goal with the new corporate headquarters is to help with employee retention and to provide a unique customer experience. The company has approximately 300 to 320 employees, said Stovern.

“For decades, our offices have been scattered throughout three different office buildings, which has made meetings and collaboration between partners very, very trying and not very efficient,” he said.

The building is connected with another historic building from 1891 located directly behind it to the east, which creates approximately 33,000 square feet of office space.

“There are hallways to connect them, and that building is actually three floors, so there’s three levels that connect through,” said Stovern. “This section was built in 1891, and the south side, which you can see from Main Street, was built in 1907. We’ve occupied this first floor for 40 years. No one ever knew we occupied it and all of our customer service agents were down here on the first floor. The top floor was never used.”

Blunt made a guest appearance where he spoke about the economy and its impact in the region. He said it’s been wonderful to watch the continued growth of Cardinal Scale and how it’s a great example of how trade benefits the state.

“It was mentioned earlier that they’re doing business in 110 countries,” said Blunt. “We need to constantly be looking for ways to make that easier. I hope we’re going to begin to see some market openings. I had a chance just a few days to meet with the trade representative of Japan, the third biggest economy in the world.”

The new United States-Mexico-Canada Agreement, a renegotiation of the North American Free Trade Agreement under President Donald Trump, has been a big influence for Cardinal Scale, said Blunt. The agreement is expected to create a more balanced, reciprocal trade to help support and grow the North American economy.

“Frankly, if NAFTA just went away, Missouri would be the fifth most negatively impacted state in the country in economic loss if it went back and eliminated what was developed over this great NAFTA trading relationship,” he said. “The president believes the next deal is a better deal and that’s fine. We just need to be sure that we get that deal approved and we will if it goes to the House floor.”

“Actually, he asked me about it two months before they did it,” said Blunt. “I was in the Oval Office with a couple of other senators, and he said, ‘What do you think about this deal with having the tariff on steel and aluminum?’ and I told him Mr. President, we make some steel in our state. Some of you know there was a new Nucor facility going into Sedalia right now.

“I said we make some steel in our state, but we buy a lot more steel and aluminum than we make,” he added. “We want to be thoughtful about that. I was glad to see them back away from the 232, that’s where you say we’re not buying steel from these countries or aluminum because of a national security problem. Believe me, we have no national security problem with Canada or Mexico or most of the other countries we buy steel from.”

Cardinal Scale has shipped products to 150 foreign countries and is the first scale company to manufacture all-steel mechanical motor truck scales, and fully electronic, low-profile all steel motor truck scales for the construction industry, as well as portable, self-contained motor truck scales. The operation is family and privately owned.

DIAMOND, MO - Larry R. Newton, 77, passed away Monday, June 29, 2020. He will be cremated with a private Celebration of Life to be held. Arrangements are under the direction of Mason-Woodard Mortuary & Crematory, Joplin.