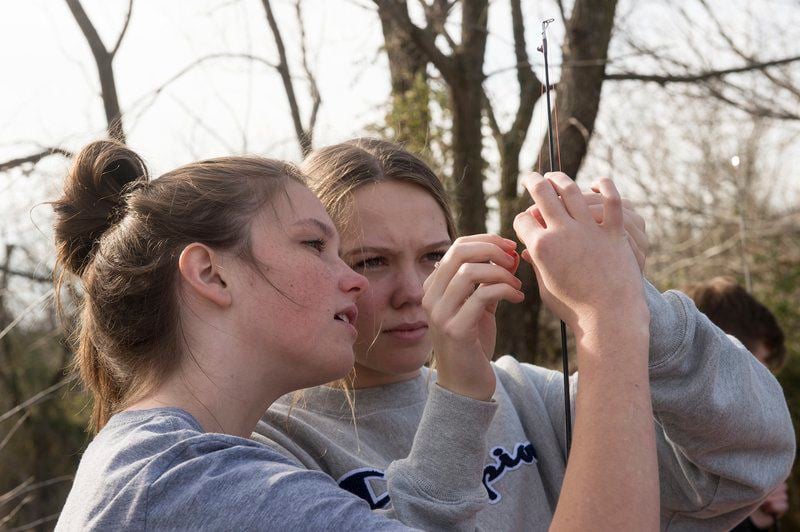 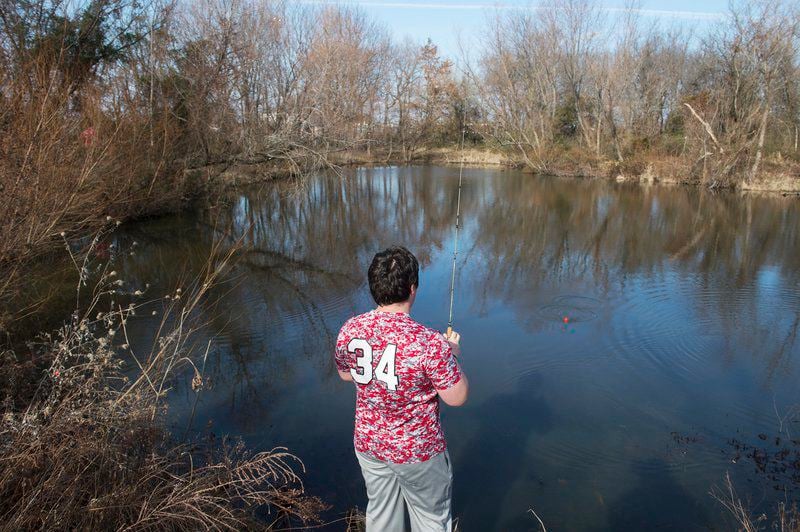 Cooper Cook, a Carl Junction High School senior, fishes Tuesday at one of the ponds in the district’s outdoor classroom as part of the Outdoor Pursuits class. The class is one of many that use the outdoor classroom, which is located on several wooded acres near Bulldog Stadium. GLOBE | ROGER NOMER 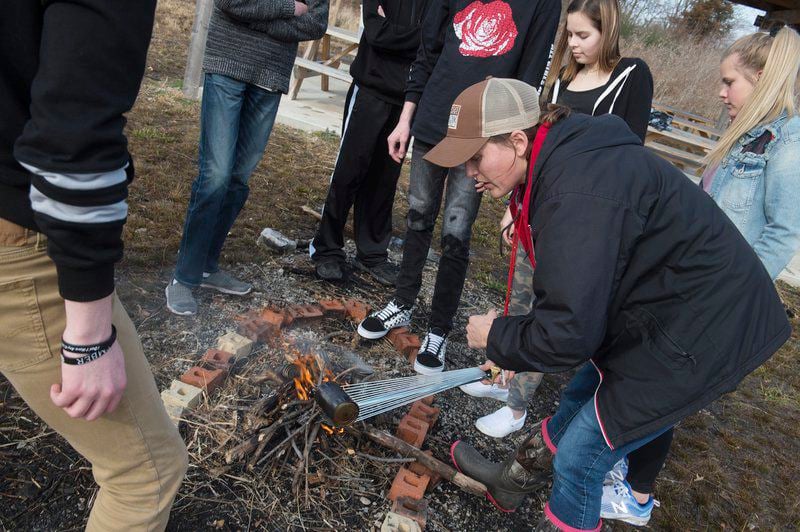 Chelsi Leggett shows students in her Outdoor Pursuits class how to make char cloth Tuesday at the Carl Junction School District’s outdoor classroom. The charred cloth is excellent for making a fire when used to catch sparks from a flint-and-steel striker.GLOBE | ROGER NOMER 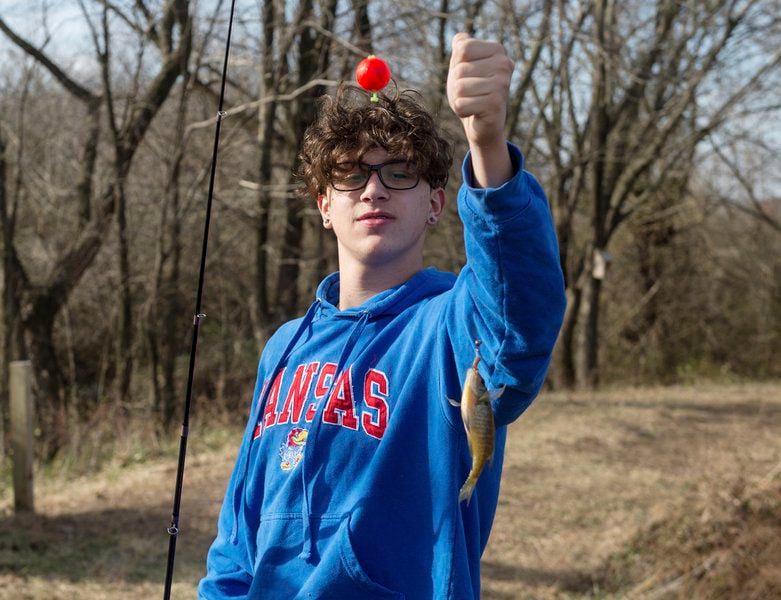 Cooper Cook, a Carl Junction High School senior, fishes Tuesday at one of the ponds in the district’s outdoor classroom as part of the Outdoor Pursuits class. The class is one of many that use the outdoor classroom, which is located on several wooded acres near Bulldog Stadium. GLOBE | ROGER NOMER

Chelsi Leggett shows students in her Outdoor Pursuits class how to make char cloth Tuesday at the Carl Junction School District’s outdoor classroom. The charred cloth is excellent for making a fire when used to catch sparks from a flint-and-steel striker.GLOBE | ROGER NOMER

CARL JUNCTION, Mo. — Carl Junction High School senior Kennadi Stegall couldn’t help but beam with pride after she started a fire using a piece of flint and steel, a char cloth and a bundle of tinder in her Outdoor Pursuits class on Tuesday.

Sparks flew from the high-carbon steel as Stegall and her classmates learned a common fire-starting tactic that could help them survive in the wild, even on a wet or windy day. When flint and steel are struck together, pieces of iron from the steel are heated by the friction, and the oxygen in the air then produces sparks.

Beforehand, the students created pieces of char cloth by rolling up strips of denim jeans and placing them into aluminum cans that were then heated on a fire. Once the cloth is charred, it can be used in making a fire because it will quickly ignite with just a small spark.

Another group of students split up to the area ponds to catch and release sunfish and largemouth bass.

This is Stegall’s first year taking the class, which she described as diverse and interesting. Stegall said that it has taught her practical skills and has boosted her confidence.

“I feel accomplished, and it’s actually a class I can use outside of school,” Stegall said. “I’ve never touched flint and steel in my life, but it’s a simple task with a nice reward.”

Chelsi Leggett, Outdoor Pursuits teacher, said this is the second year for the class, which covers everything from mapping to building shelters. Leggett believes it’s a good opportunity for the teenagers to step away from technology.

“It gets them back to the basics, and hopefully, it’s a stress relief,” she said. “I think they’re kind of a generation that doesn’t get outside much. If anything, I think this could encourage them to go camping and then maybe they’ll have the basic skills to start a fire. The goal is to get them motivated to be outside more.”

Clay Sneed, a 17-year-old junior, said he loves the class because it’s more engaging than reading from a textbook. He’s learned skills such as how to cook with a Dutch oven.

“It’s really nice being able to come out here for an hour, and it holds our attention because we have something to focus on rather than sitting there looking at a chalkboard,” he said.

Outdoor Pursuits is one of many classes in the school district that use the outdoor classroom space, which is located on several wooded acres near Bulldog Stadium. Biology classes use the area to study invasive species, ecosystem interactions and preservation efforts. Younger students take nature walks with high school students to learn about flora and fauna.

Conducted by Missouri Southern State University and the Southwest Center for Educational Excellence, the annual event recognizes accomplishments from dozens of member school districts. Carl Junction competed against 12 other nominations from 43 member districts, including Carthage, Joplin and Seneca.

Dione Friel, Carl Junction High School science teacher, said the more students get out in nature, the more learning becomes concrete. The outdoor classroom has been in use for several years and was recently rejuvenated with grants and community participation in 2018.

“Several years after we’ve done our official opening, the outdoor classroom is still making an impact, and I like that,” Friel said. “The whole idea is to get kids outside and apply what we’re learning out in the real world, to make it more applicable and more interesting for them.”

Friel was surprised to have learned the outdoor classroom was nominated for the award and accepted the plaque on behalf of the district during the banquet. The accolade is now on display in the science department.

“I think it’s a testament to the fact that we are looking for ways to teach our kids from all angles,” Friel said. “Books are great and we learn a lot, but until you learn how to apply that knowledge, it’s really just a bunch of knowledge. I love that our school district has been so supportive of the outdoor classroom.”

Carl Junction School District teachers are seeking grants to expand the trail system within the district’s outdoor classroom to tie into the nearby Ruby Jack Trail, which is an area rails-to-trails project.