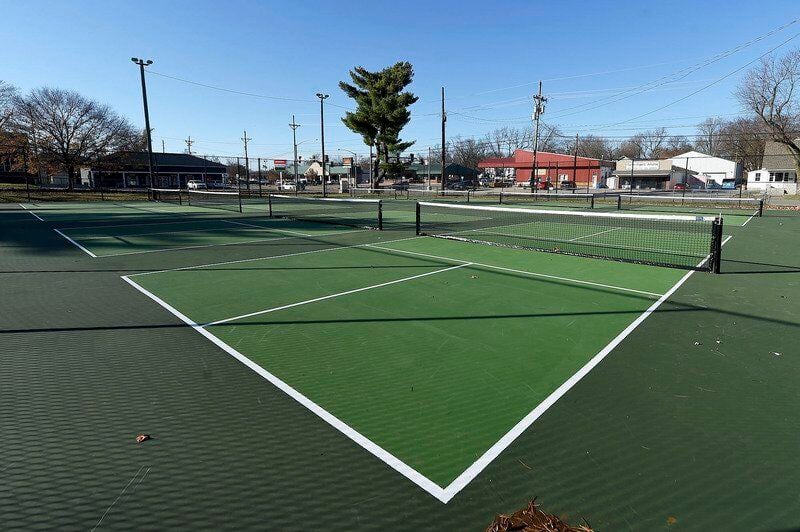 Pickleball courts at Carthage's Griggs Park are one of the latest additions to the park system in Carthage. Organizers for a parks master plan say they see the effort as important not only to the people of Carthage but also the entire area.GLOBE | LAURIE SISK 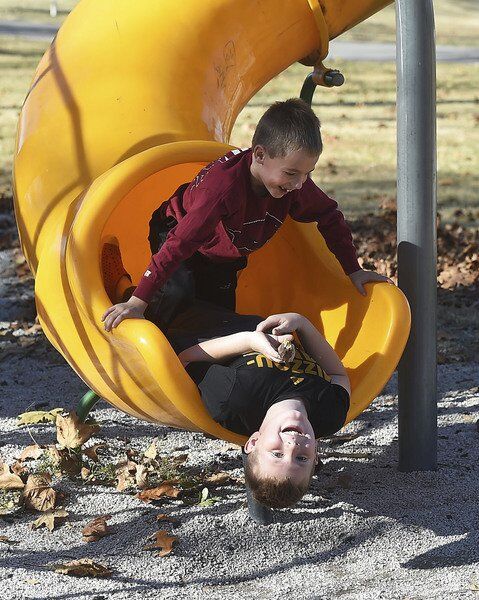 Grady Freisen, 7 (top) and Boyd Perkins, 8, play Wednesday on the slides at Carthage's Municipal Park. The city has waded into effort to develop a master plan for municipal parks, and will soon be asking more residents to help in selecting goals.GLOBE | LAURIE SISK 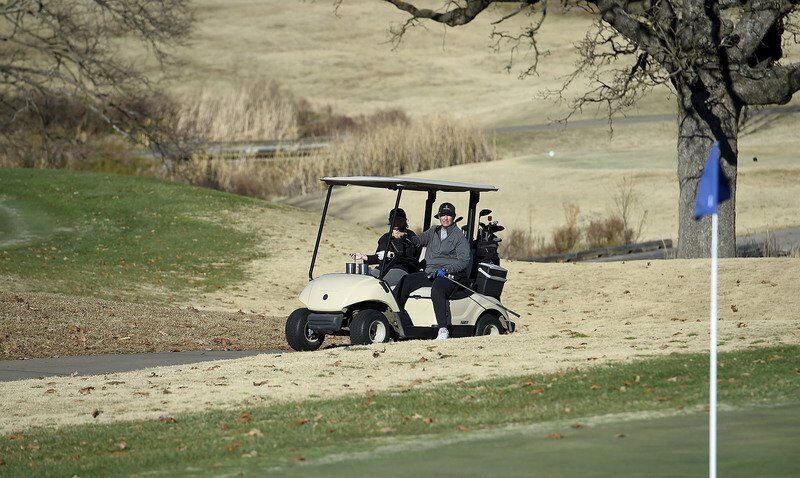 Gwen Wilson (left) and Carroll Smith enjoy a round of golf on Wednesday at Carthage's Municipal Park. City officials have hired a consultant to help guide in the development of a plan for parts into the next decade and beyond.GLOBE | LAURIE SISK

Pickleball courts at Carthage's Griggs Park are one of the latest additions to the park system in Carthage. Organizers for a parks master plan say they see the effort as important not only to the people of Carthage but also the entire area.GLOBE | LAURIE SISK

Grady Freisen, 7 (top) and Boyd Perkins, 8, play Wednesday on the slides at Carthage's Municipal Park. The city has waded into effort to develop a master plan for municipal parks, and will soon be asking more residents to help in selecting goals.GLOBE | LAURIE SISK

Gwen Wilson (left) and Carroll Smith enjoy a round of golf on Wednesday at Carthage's Municipal Park. City officials have hired a consultant to help guide in the development of a plan for parts into the next decade and beyond.GLOBE | LAURIE SISK

He’s one of thousands. In fact, everyone who lives in Carthage and pays taxes or even comes from out of town and uses the parks, the swimming pool, golf course, Fair Acres Sports Complex or any of Carthage’s parks is a stakeholder in Carthage’s parks.

And the city is spending the next few weeks reaching out to as many stakeholders as possible to create a master plan to guide the development of local parks over the next decade or so.

As a first step in that effort, Peterson and Dick Horton, an expert in parks planning who owns a consulting firm based in Pittsburg, Kansas, met with a few dozen major stakeholders like Roberts to begin the process of creating that master plan.

Roberts said he wished he could have had more than an hour or so last weekend to talk about the Y and how it works with Carthage to use the parks, but he understands there were a lot of others with whom the planners needed to speak.

“I think this is a good process," Roberts said. "It’s definitely better than not doing anything. Until we see the results and execution, it’s hard to tell whether this is a good thing or not, but I do think this will bring to light some projects that we can definitely work on.”

Carthage city leaders had agreed early in 2020 to contract with Dick Horton Consulting to create a master plan for the city’s park system, but like so many other things, the COVID-19 pandemic put the brakes on that process when it forced the city to delay its budget work because of uncertainty over how city revenues would be affected.

“The work was going to start back in March, trying to time it with the budget process and everything,” Peterson said. “That basically got blown out of the water with COVID unfortunately. The timeline is nine months, and I think it’s been pretty good that we had some additional time over these last six or seven months. With the challenges we’ve all experienced, we’ve seen a lot of different usage in the parks, we’ve seen people want to use the park system in different ways.”

Peterson said the city is paying $130,000 for a planning process that will include surveys, extensive data analysis, public meetings and the creation of a final master plan.

“Dick’s team consists of a pretty vast network,” Peterson said. “On his team, he has landscaping architects, and he has aquatics specialists. In this case, a company called Water’s Edge, which we’ve been talking to for a long time due to work they did for the YMCA to start the aquatic discussion here in Carthage.”

Water’s Edge Aquatic Design is also working with the city of Joplin on plans to renovate the swimming pool at Ewert Park.

“Dick has got a great background in the master planning process,” Peterson said of the Pittsburg, Kansas, resident. The interesting thing is that every group we talked to was aware of Dick Horton. It’s amazing how things align sometimes where we have such a resource that lives close to us.”

Horton said the process he will use to create parks master plans in Carthage will be the same one he used to create the master plans for such cities as Kansas City, Missouri; Baton Rouge, Louisiana; and Joplin.

He said it’s a three-phase plan that includes data gathering, public presentation of findings and analysis, and creation of an implementation plan.

The process started with meetings with key stakeholders, groups that conduct activities in the parks or have contracts with the city to operate in the parks.

These groups in Carthage would include the Kellogg Lake Advisory Committee, Jasper County Youth Fair Board, Carthage Saddle Club, youth baseball and softball leagues, the garden clubs that work in Central Park and some of the other parks, Carthage Convention and Visitors Bureau, and Chamber of Commerce.

These meetings will help Horton and his team create a survey that they will use to gather what Horton and Peterson called "statistically relevant data,” to be analyzed and brought back to Carthage and discussed in public meetings.

And it’s at those public meetings that Horton hopes to hear from residents of Carthage who may not have been involved in any of those key stakeholder meetings.

“I would ask residents to please find a way to get involved when we announce those opportunities,” Horton said. “When I get the survey results, Mark and I will announce public meetings, and that’s when we want these people to show up — the more the better.”

Horton said the end result in about nine months will be a plan that will include achievable goals and the ways to make those goals happen.

He points to improvements made to Joplin’s parks since 2000 when he wrote that plan, and The Station, a recreation center in Central Park in Moore, Oklahoma, as results from plans he and his team created.

Roberts has his ideas of what he’d like to see in Carthage.

He’s been pushing for a couple of years to build a regional aquatics center in the Fair Acres Sports Complex, a plan he realizes will be expensive, but he also knows has great potential.

But even if Roberts’ idea doesn’t come to the top of the priority list, he has other hopes for this process.

“My goal as a stakeholder isn't necessarily to get the Y a bigger piece of the pie per se, but I live in Carthage and my family lives in Carthage,” Roberts said. “So I want things that are going to give my kids opportunities to enhance their hobbies and goals but also memories that make them want to live here when they get to the age that they get to choose where they want to call home."