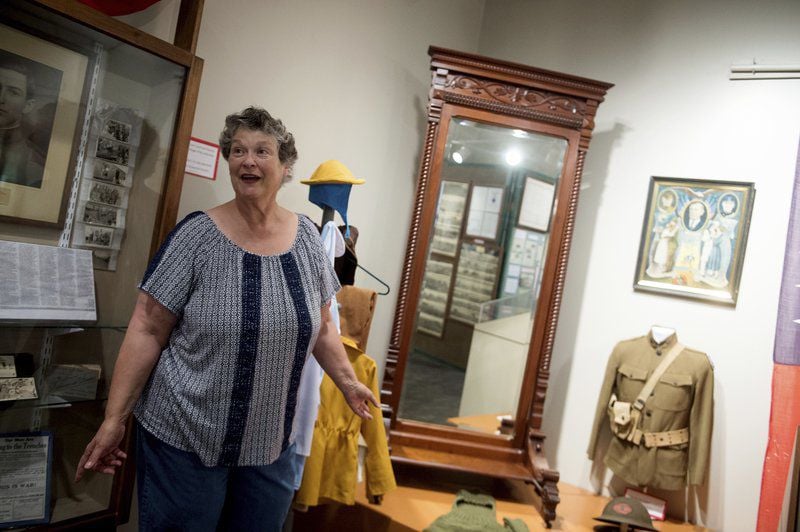 Michele Hansford talks about a mirror from the Powers House, which is listed on a new digital history map of Carthage, during an interview on Wednesday at the Powers Museum. Globe | Roger Nomer 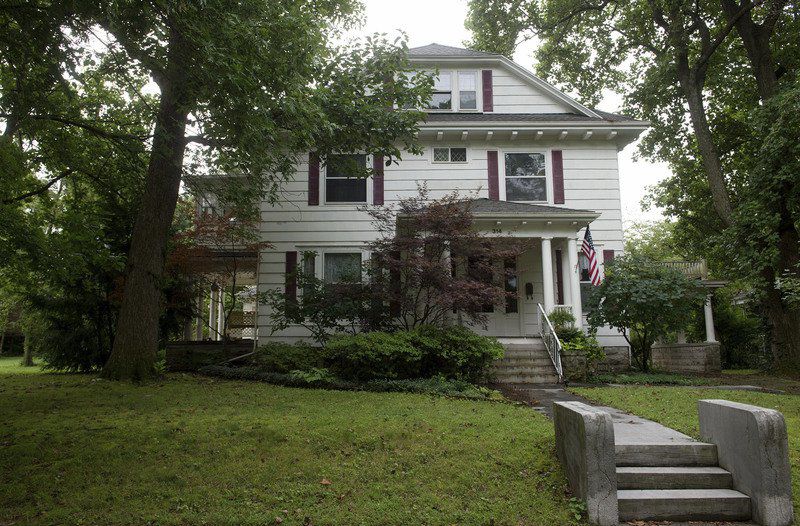 The Powers House in Carthage is listed on a new digital history map. Globe | Roger Nomer 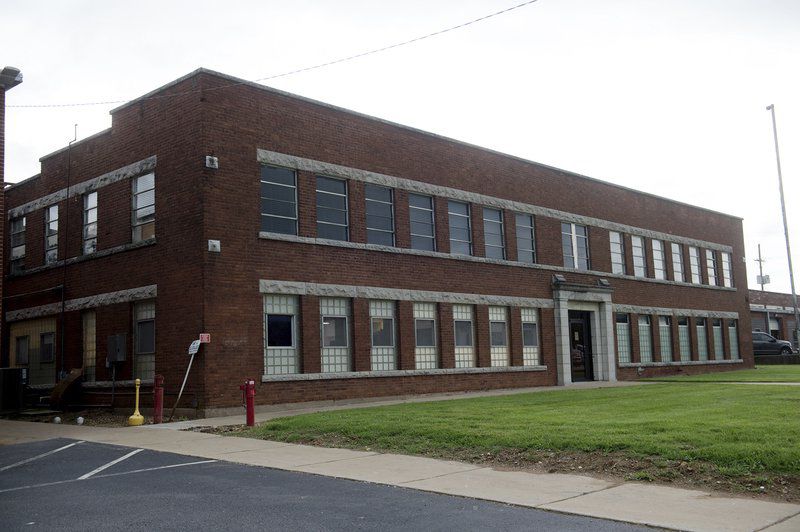 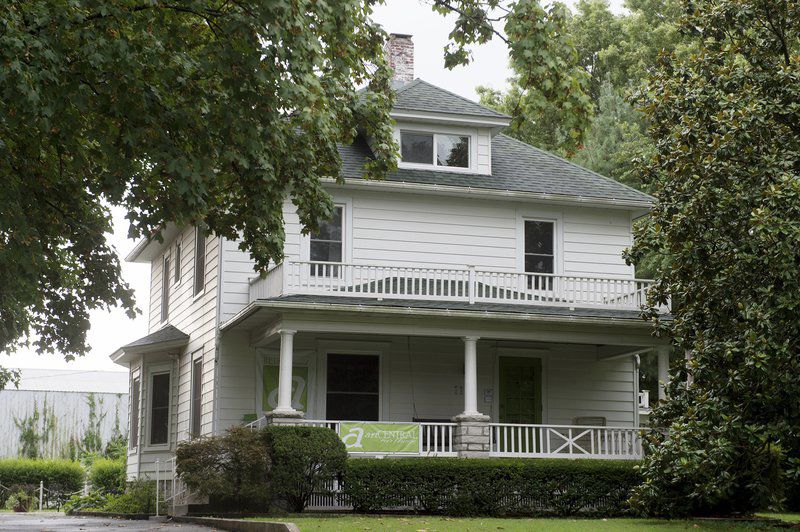 The Hyde House is listed on a new digital history map of Carthage. Globe | Roger Nomer 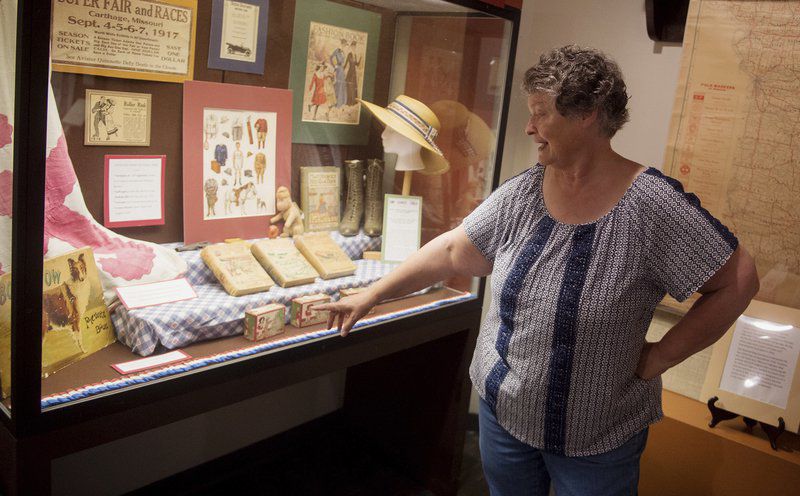 Michele Hansford talks about toys from the Hyde House, which is listed on a new digital history map of Carthage, during an interview on Wednesday at the Powers Museum. Globe | Roger Nomer

Michele Hansford talks about a mirror from the Powers House, which is listed on a new digital history map of Carthage, during an interview on Wednesday at the Powers Museum. Globe | Roger Nomer

The Powers House in Carthage is listed on a new digital history map. Globe | Roger Nomer

The Hyde House is listed on a new digital history map of Carthage. Globe | Roger Nomer

Michele Hansford talks about toys from the Hyde House, which is listed on a new digital history map of Carthage, during an interview on Wednesday at the Powers Museum. Globe | Roger Nomer

CARTHAGE, Mo. — Instead of just storing artifacts in glass cases, the Powers Museum of Carthage is working to bring the town’s history to the 21st century through digital archives and walking tours.

The digital project originally began in 2017 after the Powers Museum displayed an exhibit in celebration of Carthage’s 175th anniversary. The exhibit featured over 140 historic artifacts to highlight the town’s rich history. Many of the artifacts were donated by the community.

The anniversary display was divided into six categories: small business and retail, industry, agriculture, professional and medical, education, and government.

The Missouri Arts and Humanities Council, in conjunction with the National Endowment for the Humanities, awarded the museum a $2,000 grant in 2017 to begin a series of community engagement programs that coincide with the anniversary exhibit.

As part of the beginning phase of the program, the museum launched a digital walking tour called “Walking in the Wards” that highlighted the exhibit’s artifacts and connected them to their original Carthage location in each ward. The goal was to demonstrate how the artifacts were created, used and purchased.

Now the museum is working on the next phase, “Neighborhood History,” by focusing on the local businesses category and where the 175th anniversary artifacts originated. Hansford said some of the artifacts in the digital collection, including a pair of leather boots, are still on display at the museum.

The “National Park” hiking boots were made in 1920 by the Juvenile Shoe Corp., formerly known as the Kaut-Reith Shoe Co. The building, located at 200 S. River St., is now owned by Leggett & Platt.

“We didn’t want these to just be boots on a shelf,” Hansford said. “We want the public to know that, for the most part, you could still find the structure where those were made and where people had worked. In this particular case, this (building) now belongs to Leggett & Platt. A lot of people have no idea that it started out as a shoe factory.”

Volunteers with the museum have been adding historic businesses into a website called theclio.com — Clio is the Greek muse of history — that not only converts the locations into a digital walking tour but also features photographs and a brief history of the destination. There’s also a free app users can download.

It works like a locator app in that it picks up users' location and guides them to local landmarks, museums and historic destinations. An audio feature also narrates the description as part of the walking tours.

Entries on the site have been written by museum professionals and local historians, as well as educators and their students. All entries are fact checked and must include credible sources.

The website was created by David Trowbridge, associate professor of history at Marshall University in West Virginia. Trowbridge said the website originally started out as a class project for his students in 2012.

“The way my students responded to it, I’ve never seen before, and I’ve been here for a decade,” Trowbridge said. “They took ownership. They took pride in what they wrote. They actively sought feedback. It was about their town, and they wanted to do it.

“There’s 120 universities that have used Clio as a class project, like Harvard University and New York University, who created walking tours,” he added. “It’s been nice to see this thing grow and create opportunities for other people, students.”

Trowbridge said he was able to improve the site with the help of the Knight Foundation and the National Endowment for the Humanities. The website became accessible to the public after 2015 and has grown on a national level. It now includes 33,000 entries and nearly 600 walking tours from across the country.

Originally from Emporia, Kansas, Trowbridge said he can remember traveling through Carthage as a young boy and was ecstatic to learn that it has its own walking tours.

“It makes me very happy because it’s close to home,” Trowbridge said. “Small towns like Carthage are why I built this (website).”

Hansford said she discovered the website in 2016, which now includes over 50 historical sites from Carthage. The museum has placed signs around town to refer the public to the website. The group is aiming to add 20 more entries by the end of September.

In the future, the digital program will also include categories such as Route 66 and the Jefferson Highway.

“I hope it shows people the importance of this museum,” Trowbridge said.

The Powers Museum of Carthage is open seasonally from April to October. It's located at 1617 Oak St. A new exhibit is added annually to display objects from the museum's collection and the community. For more information, call 417-237-0456.

JOPLIN, MO - Louis J. Denno, 72, an electrician for Schreiber Foods, passed away Tuesday, July 20, 2021. Services are planned for a later date. Arrangements are under the direction of Ozark Memorial Park Crematory, Joplin.