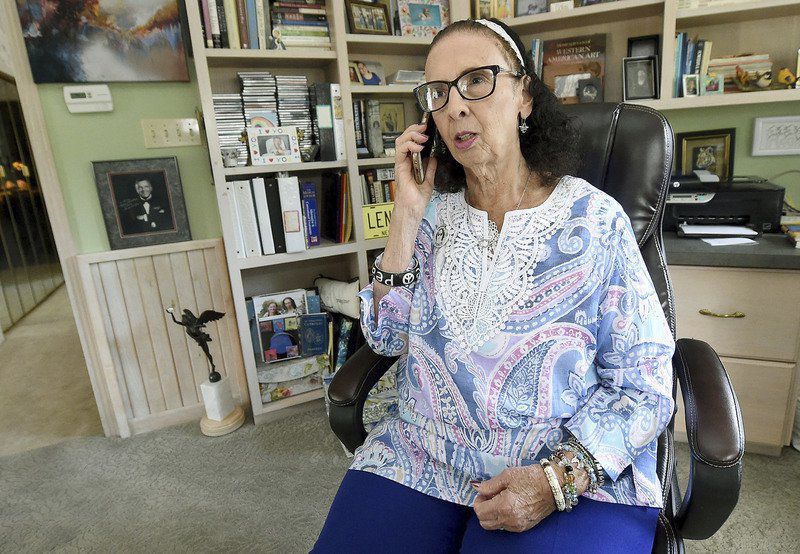 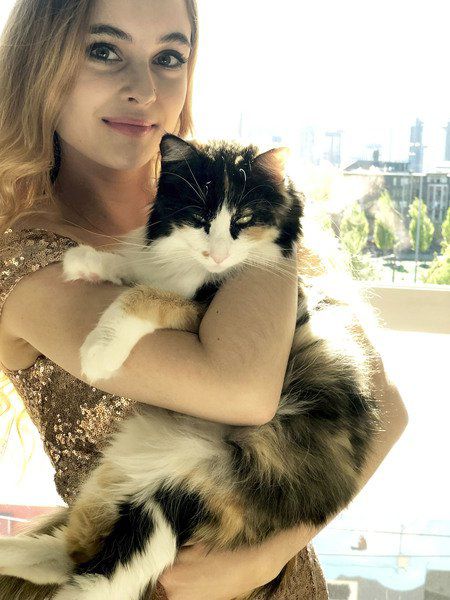 Sitara Lewis, 20, poses in front of the apartment window she shares with her mother, Carthage native Vesper Grace Lewis. The two have been holed up inside their downtown Seattle apartment since early June, when their Capitol Hill district became a self-declared autonomous zone following days of violent clashes between protesters and police. Courtesy | Sitara Lewis 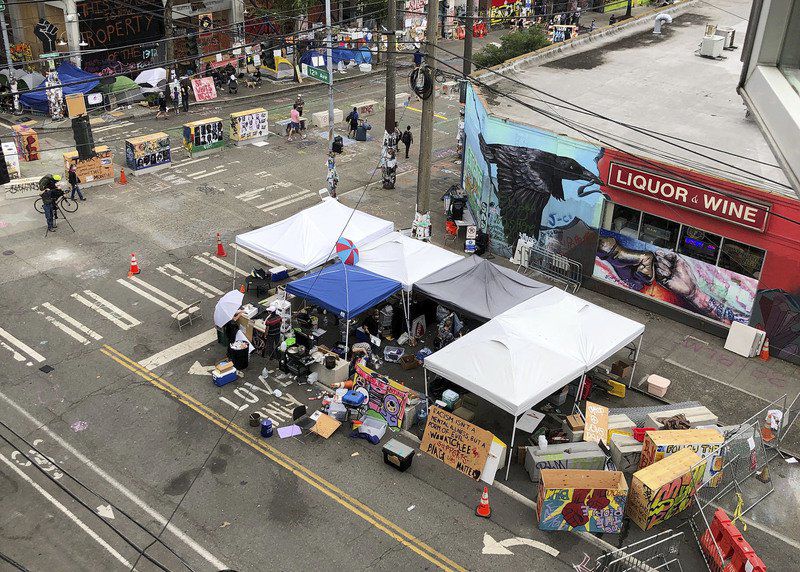 A look outside Vesper Lewis and Sitara Lewis' living room window at the intersection of 12th Avenue and East Pine Street in Seattle. It’s now the site of a tent city that has been erected to house the hundreds who have established this “no-police" zone in downtown Seattle. The building at the far left is the Seattle Police Department precinct that was abandoned by police and occupied by protesters. Courtesy | Vesper Lewis

Sitara Lewis, 20, poses in front of the apartment window she shares with her mother, Carthage native Vesper Grace Lewis. The two have been holed up inside their downtown Seattle apartment since early June, when their Capitol Hill district became a self-declared autonomous zone following days of violent clashes between protesters and police. Courtesy | Sitara Lewis

A look outside Vesper Lewis and Sitara Lewis' living room window at the intersection of 12th Avenue and East Pine Street in Seattle. It’s now the site of a tent city that has been erected to house the hundreds who have established this “no-police" zone in downtown Seattle. The building at the far left is the Seattle Police Department precinct that was abandoned by police and occupied by protesters. Courtesy | Vesper Lewis

SEATTLE, Wash. — Life is slowly returning to normal for a Carthage woman and her daughter who say they have become unwilling residents of the Capitol Hill Organized Protest area, or CHOP, in the state of Washington's largest city.

Vesper Grace Lewis, of Carthage, and her 20-year-old daughter, Sitara, have lived in the Capitol Hill district of Seattle for the past six years. The two had been hunkered down in quarantine since early March after their city became one of the country's first COVID-19 hot spots, and just as restrictions were easing, they found themselves in a different type of quarantine.

The self-declared autonomous zone covering four city blocks of downtown Seattle was established on June 8 after days of violent clashes between protesters and Seattle police after the death of George Floyd while in the custody of Minneapolis police officers in late May. Floyd, a Black man, died while handcuffed after a white police officer knelt on his neck for several minutes. His death sparked protests across the country, including in the Joplin area.

Organizers say the idea behind CHOP was to establish an area free of uniformed police officers, with a "people's force" replacing them to keep the peace. But living in the zone has been disturbing, said Lewis, 43.

“We are seeing numerous guys carrying rifles and guns openly,” she said Monday in a phone interview, adding that she’s only ventured outside once to purchase groceries and medicine. “That’s been shocking to us. That’s really why we don’t want to leave the apartment or anything like that.”

Lewis and her daughter live on the fourth floor of the 12th Avenue Arts Capitol Hill Housing. Their living room window affords them a bird's-eye view of the tent city erected on East Pike Street, as well as the East Precinct building that was abandoned by police and occupied by protesters. So-called “CHAZ commune barricades,” including cars parked bumper to bumper, block both Pike Street and 12th Avenue from the rest of the city.

During the day, the no-police zone surrounding their 88-room apartment complex — host to a mix of young families with children and senior couples — is relatively peaceful, they both said.

But they say the atmosphere changes once the sun goes down. Last weekend, three people were shot, and a 19-year-old was killed near the abandoned East Precinct building. A majority of the gunshots occur between midnight and 2 a.m., the women said.

“It feels like a third-world country," Lewis said. "We have lived here for six years, and we’ve never heard gunshots before this — ever. Being a woman with a daughter, we don’t feel safe here.”

The situation has morphed into a political tug of war. Republican President Donald Trump has called the CHOP occupants “ugly anarchists” and has threatened to send the National Guard to close down the zone. Seattle's Democratic mayor, Jenny Durkan, has described the zone as an area with a "block-party atmosphere" and has said it's "not an armed takeover."

Lewis said she and her daughter aren't taking sides.

“We’re not voting on anything. We’re just stuck here," she said. "We don’t know what is happening or who is in charge right now. We’re just all in a state of shock, honestly. It’s so confusing to us. We really don’t know why or how people are making these kinds of decisions behind closed doors. When we look out our windows, we don’t know who the people are down there — but they are in charge.

“Where is the mayor? Where is the governor? You would think there would be some kind of direct message to us by now,” she said. “We just don’t know. No one has told us exactly what is going on. There are no updates or timeline or anything. It’s just like (officials) are just letting this play out. Every day has been something new.”

Durkan earlier this week said the Seattle Police Department would return to the abandoned East Precinct building “peacefully and in the near future,” according to the Seattle Times, and that the city would attempt to phase down nighttime activity in the protest area.

Sandy Higgins, of Carthage, says she panicked when she first witnessed the clashes between police and protesters — which included the use of tear gas and bricks, in some cases — in early June in downtown Seattle.

She reached out to her granddaughter and great-granddaughter via text message. Sure enough, they were right there in the thick of it. Over the two weeks, the texts the two sent Higgins in Carthage reported hearing shots and explosions.

“We haven’t opened our blinds or even looked out at all,” Sitara wrote in a text message to Higgins last week. “We stay away from the windows. Last night, we heard a bunch of shots, so hopefully the police return soon. We hope the governor fixes this mess.”

Higgins offered to fly the two home to Missouri, at least until the situation there de-escalates. But she was told they couldn’t secure flights out of Seattle because of the ongoing COVID-19 pandemic.

“I was going to fly out there, though I can hardly walk,” said Higgins, 84. “The one thing about me is that I’m a good listener. I’d get down there in the middle of (CHOP), yell for attention and have (each protester) explain to me why you are doing this. ... I’m not scared of anything. I’m just concerned about my children.”

After much debate, Lewis and her daughter have decided to move away from Seattle.

“Now that we know that can happen, it makes us nervous to stay here," she said.