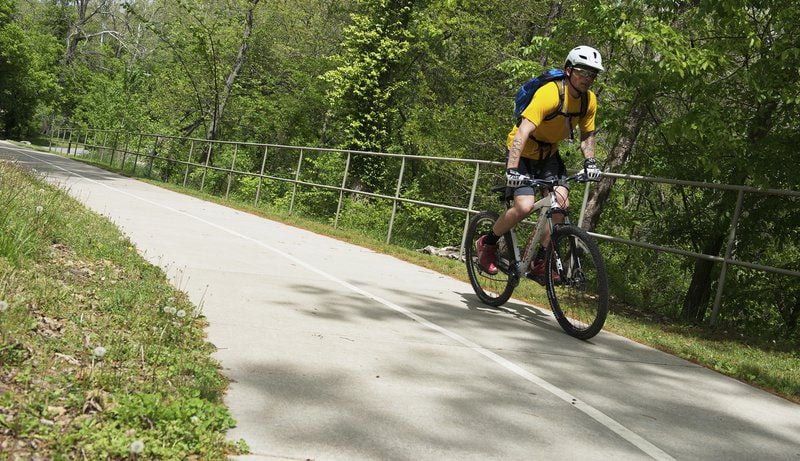 The Razorback Greenway in Northwest Arkansas has become a popular tourist destination as well as a way to communte. In an area of a half-million people, it has maintained a green feel.Globe/File Photo 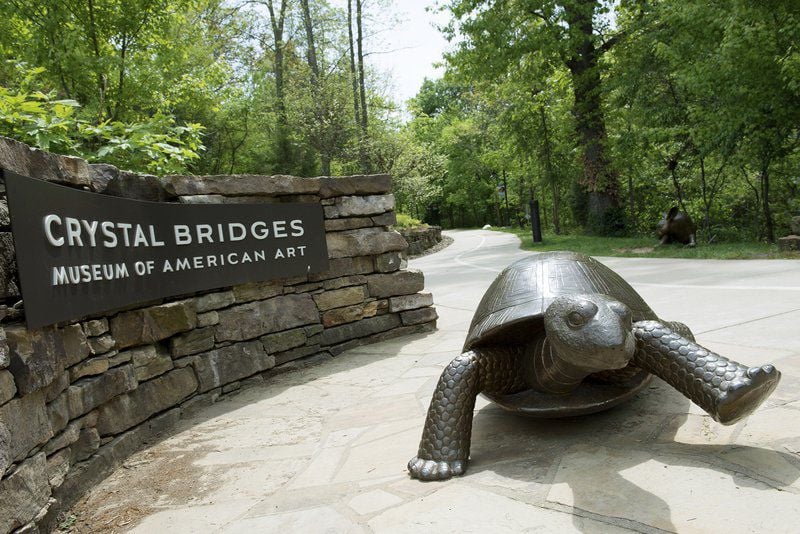 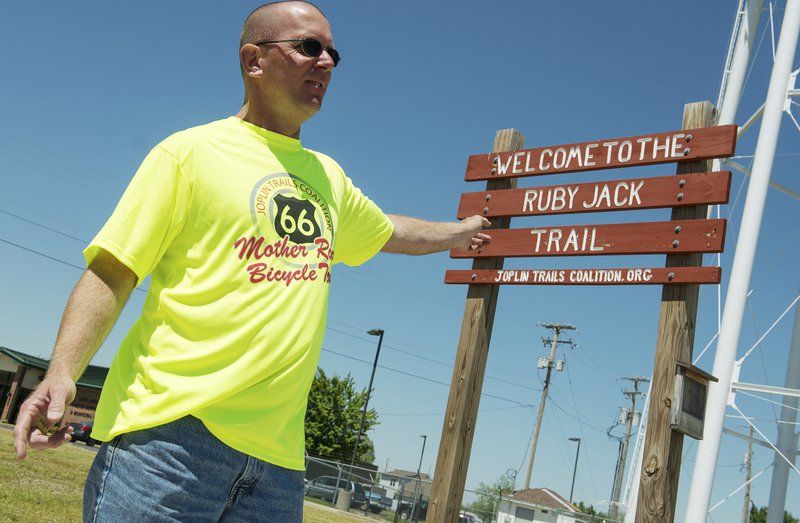 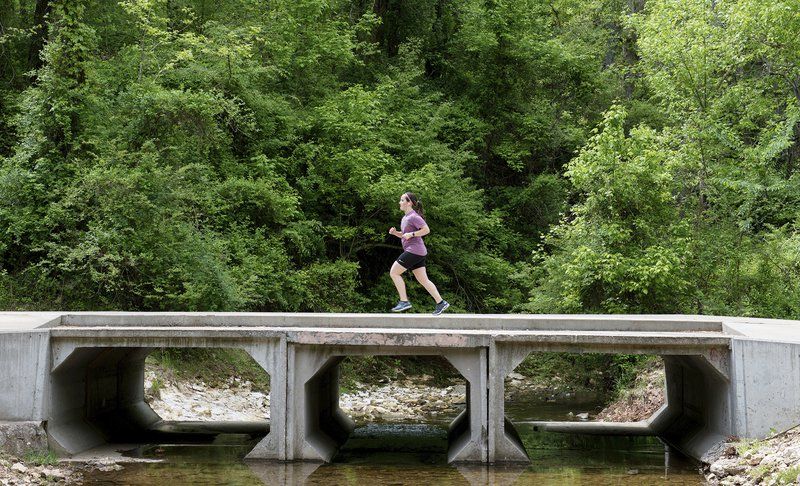 Kylie Wheeler, of Bentonville, runs over a bridge on the Razorback Greenway Trail on Tuesday afternoon.  Globe | Roger Nomer 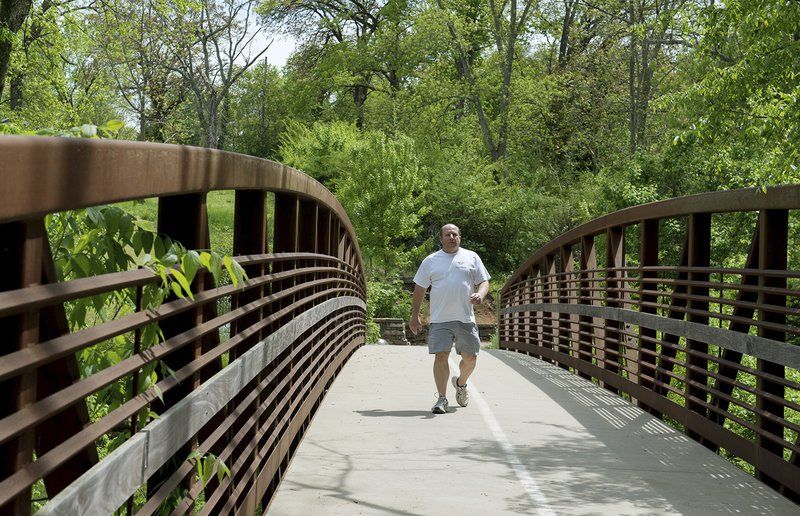 Jim Basse, of Bentonville, walks along a bridge at the Razorback Greenway Trail on Tuesday afternoon. Globe | Roger Nomer 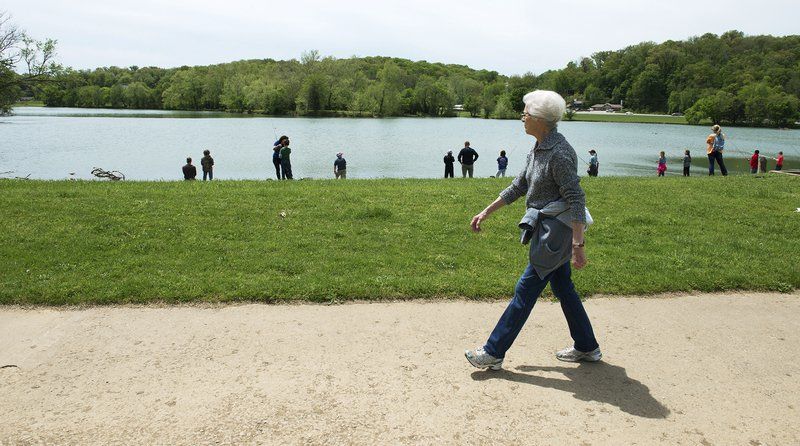 The Razorback Greenway in Northwest Arkansas has become a popular tourist destination as well as a way to communte. In an area of a half-million people, it has maintained a green feel.Globe/File Photo

Kylie Wheeler, of Bentonville, runs over a bridge on the Razorback Greenway Trail on Tuesday afternoon.  Globe | Roger Nomer

Jim Basse, of Bentonville, walks along a bridge at the Razorback Greenway Trail on Tuesday afternoon. Globe | Roger Nomer

BENTONVILLE, Ark. — Sylvia Geddes, 68, spends a lot of time walking and volunteering on area trails and greenways. Having lived in Corvallis, Oregon, which has 82 miles of trails within the city, she had hopes that Northwest Arkansas would offer something similar.

“And now here we are, and I’m absolutely thrilled,” said Geddes, of Fayetteville, as she prepared for a ride last week. “It helps me stay here, knowing that this is available.”

Geddes is among those who celebrated the formal opening Saturday of the Razorback Greenway, a 36-mile walking and biking trail that runs through Benton and Washington counties. It links schools, the University of Arkansas in Fayetteville, passes close to corporate offices of Wal-Mart and J.B Hunt, and hits numerous art and entertainment venues, including Crystal Bridges Museum of American Art. It also connects to other paved and soft trails.

“When we build trails, we see we’re building a lot more than a trail,” said Misty Murphy, regional trails coordinator of the Northwest Arkansas Council. “We’re building safe routes to schools, a gym for people that is free, therapy to get out and relax, and at the same time, conservation.

“A trail is not just a trail — it’s so much more than that.”

The Razorback Greenway was funded in large part by a $15 million federal grant and a $15 million contribution by the Walton Family Foundation, which also has supported other trails around the region.

“We value trails here, because they help attract and retain employees to keep our businesses strong. We need the type of talent that can go anywhere in the world, but chooses to come here to live,” Murphy said. “While trails aren’t the only piece, they are a factor.”

Passing through six cities, the latest trail not only serves a four-county metropolitan area with more than 500,000 residents, but it also is a draw in and of itself, with Murphy noting that many of the visitors come from Joplin.

“Whether older or younger, trail users all want the same thing,” she added.

Milah Pack, who moved to Springdale from Texas, said she was immediately struck by the number of trails available in the region. The 34-year-old mom sought opportunities not just for herself as an avid mountain biker, but also to use her trailer bike with children on board, and for social engagement with the whole family.

“I utilize our trails on a regular basis. With the number of options, it makes it so easy. No matter where we’re at, we’re almost always just a hop, skip and jump away from trail access," said Pack, who also is a member of Ozark Off-Road Cyclists.

Murphy said trails and greenways become an economic driver that attract and retain employees at companies throughout the region.

“We have people coming in to ride our mountain bike trails and our paved trails from out of town all the time,” she said. “They are staying in hotels, going to dinner, shopping while they are here.”

She added, “And we are not done building; we will keep building."

In Carl Junction, a 2-mile portion of the 16-mile, multi-use Ruby Jack Trail is slated for work this spring and summer. It is to be funded by a $40,000 grant from the Missouri Department of Transportation and $10,000 raised by the Joplin Trails Coalition, which also oversees the shorter Frisco Greenway Trail that stretches from Joplin into Webb City.

Coalition President Braden Horst said improvements to the Ruby Jack have been done in increments because of the high cost — about $25,000 per mile. Eight miles on the eastern part of the trail also are complete. Following the Carl Junction improvements, the coalition will continue to raise funds to finish the remaining six miles in the middle.

Horst anticipates the two miles being completed this fall.

Also on the radar in Missouri, although years away from completion, are two other long trail projects that would connect with the existing Katy Trail, a 240-mile route that currently stretches from Machens, near St. Louis, to Clinton.

One proposed expansion would convert the long-abandoned Rock Island line on the south side of the Missouri River (the Katy Trail is on the north side) to a hiking and biking trail. That is a 145-mile route stretching from Windsor toward Beaufort, near Washington, where it could eventually connect with the Katy Trail. It is in the process of being turned over to the state of Missouri.

There also is a plan to extend the Katy Trail from Windsor west toward Pleasant Hill on the south side of Kansas City, which is 46 miles, although only a few miles of that trail are complete. It also is part of the abandoned Rock Island line and has been turned over to the state, and the state is evaluating development plans.

When done, it would create a network of 400 to 450 miles of interconnected trails.

"It's incredible. It's set up for a really nice mid-Missouri bicycle trip," said Terry Whaley, executive director of the Frisco Highline Trail, a 36-mile Springfield-to-Bolivar route that is the second-longest rail-to-trail project in the state that is open.

He cautioned people not to expect anything to happen soon. Converting an abandoned rail line into a trail for cyclists and others is an expensive and time-consuming proposition, but that's just the beginning.

"The biggest challenge in the trail world is maintenance," he said.

Whether it's replacing gravel that washed off the trail, cleaning up after ice storms, putting up signage or replacing bridges that deteriorate or are vandalized, the work is costly and never ending. The Frisco Highline Trail has 16 bridges, five of which are more than 200 feet long. Whaley said it also costs $5,000 a year just to mow half the trail four times a year.

He said efforts are also in the works to promote the Frisco Highline Trail as a regional destination trail.

"We've got enough miles on the Frisco Highline that you can make a weekend out of it. That kind of microtourism is becoming more and more popular."

The Kansas Department of Wildlife, Parks & Tourism announced this spring that construction has begun on segments of the 117-mile Flint Hills Nature Trail. The trail ultimately will stretch from Osawatomie to Herington through tallgrass prairie country.

It will connect to the 51-mile Prairie Spirit Trail, the first completed rail-trail of a network in eastern Kansas and the only trail in Kansas that is a state park. Running north and south on a former railroad line, that trail now connects Ottawa with Humboldt.

Three trails also are under development by the Kanza Rail-Trails Conservancy in the Topeka-Lawrence area, and the Prairie Sunset and Redbud trails are set for expansion this spring and summer to connect Augusta with Wichita.

In Marysville, the last four miles of the 12-mile Blue River Rail Trail to the Nebraska state line recently was completed with crushed limestone. Work is under way on the Nebraska side to complete the 23-mile Homestead Trail to connect to it; should that happen, trail users could travel from Marysville to Lincoln, Nebraska.

Missouri's Katy Trail State Park, at nearly 240 miles, is currently the longest completed rails-to-trails project in the country, but the Cowboy Trail, in Nebraska, would be longer when complete. About 200 miles of the trail have been completed, but when finished it would stretch 321 miles. Work is continuing on another 20-mile stretch of the Cowboy Trail in western Nebraska.