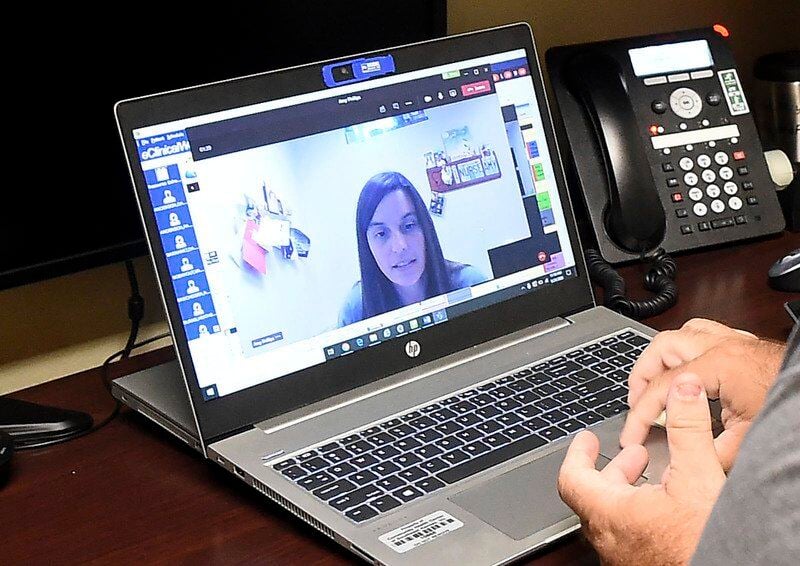 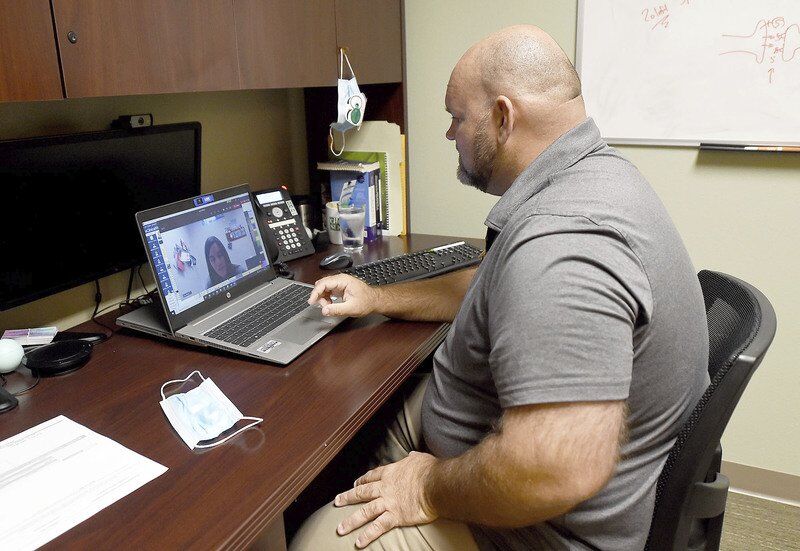 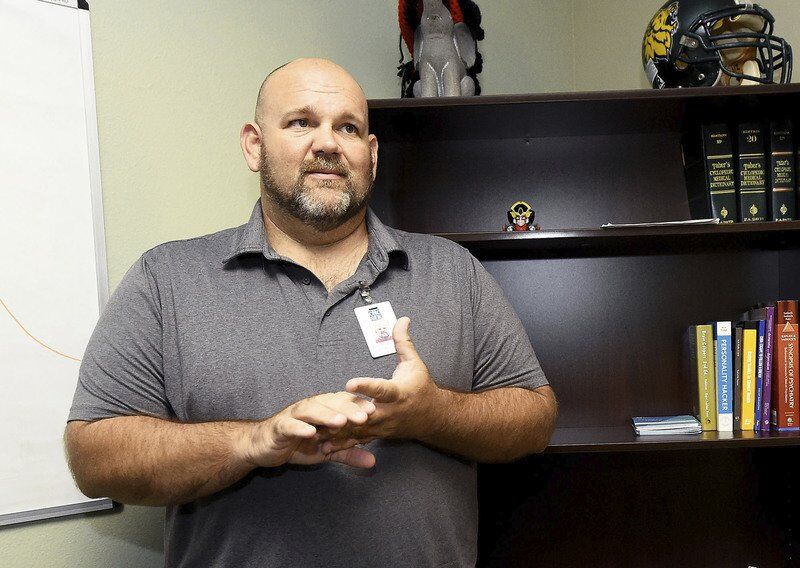 GIRARD, Kan. — Inmates at the Crawford County Jail who are dealing with addiction and behavioral health problems can take a new path to recovery at no cost to them.

The new path is the Crawford County Jail Addiction Treatment Program, a collaboration between the Crawford County Sheriff’s Office and the Community Health Center of Southeast Kansas, a not-for-profit, federally qualified health center that provides care to everyone regardless of income or insurance status.

The Community Health Center has received a federal grant to provide medication-assisted treatment and counseling services. The pilot program uses medication for the care and treatment of individuals suffering with substance-abuse disorders as well as mental illness. It’s specifically designed to help individuals who are in and out of correctional facilities and who suffer from addiction and behavioral health issues.

Sheriff Danny Smith said this is the only program of its kind in the area that provides treatment for inmates. It was launched this summer and has garnered some positive feedback. A focus of the program is helping people maintain access to treatment even after being released from jail.

“The thing that I like about this program is that it pays for those resources when you get out,” said Smith. “It’s easy to come to terms when you’re in jail and in a controlled environment, but the biggest challenge for an inmate is when they get out. The same resources that are available here at the jail will also be available to them outside of the jail.”

Krista Postai, chief executive officer of the Community Health Center, said in a statement that the center has provided medical services to Crawford County prisoners for more than 10 years. Treatment options have improved through medications in combination with counseling, she said.

“CHC/SEK had begun work with Drug Court participants in Iola at the invitation of Judge Daniel Creitz and were experiencing, firsthand, how it was working to help individuals that — in many cases — had been abusing substances for years,” Postai said in a statement. “That combined with the ‘miracles’ we were seeing in our outpatient treatment program in Pittsburg convinced us the time was right.”

“When we thought about the areas that needed additional service, of course, the jail popped into our mind,” said Thomason. “I asked Sheriff Smith what he thought about providing behavioral health support inside the jail, and he said, 'Absolutely.' It just grew from there.”

Officials determined that several of the county jail inmates were frequent occupants who kept returning on incidents such as drug-related offenses. At least 1 in 4 people who go to jail will be arrested again within the same year — often those dealing with poverty, mental illness and substance use disorders, whose problems only worsen with incarceration, according to a new report by the Prison Policy Initiative.

Smith said the jail becomes a revolving door for individuals who come in and out of the jail with no end in sight.

“It’s like an endless cycle,” he said. “I’m starting to see three or four generations of families coming in and out of the jails. With this program, I think we’re going to see some success. I don’t know how much, but I hope that if we can get resources in the jail, we’ll be able to stop that cycle.”

Behavioral health services also are offered in the program where inmates can undergo counseling to change their overall thought process in order to focus on their goals and objectives. Thomason said addiction and behavioral health go hand in hand in the initiative.

“We know that a large amount of people who struggle with a substance use disorder also struggle with some form of mental health disorder, such as depression, anxiety or bipolar disorder,” he said. “It’s really hard just to improve one of those. Typically, we have to improve them together, which is what we call a multidisciplinary approach to treatment.”

Before entering the jail, people who are identified as being at high risk for substance abuse disorders are medically screened. The program is voluntary and will be left to the individual’s choice to participate in the program. All services are offered at no cost to the patient.

When an inmate enters the county jail, he is identified as high risk and will meet with an someone to determine whether he has any interest in seeking treatment.

If he wants treatment, the inmate sees an addiction counselor via Telehealth and receives a formal substance-abuse evaluation to determine the best course of treatment. The counselor will continue to meet with the patient to track his progress until he is released or transferred to the Department of Corrections. The program also offers post-release resources to reduce relapses.

“I’m looking forward to the success stories that come out of this,” said Smith. “If we can change just one person’s life and at the same time lower our crime rates and victim rates, I think it’s a win-win.”

Said Thomason: “We’ve identified that this is a patient population that we need to support. Where we’ve been able to find money, of course we accepted it, but there’s instances where we don’t have funding for the service and we do it anyway. Sheriff Smith, the Community Health Center and Crawford County have identified that if we want systemic change, we have to start somewhere, and the jail is a great place to do it.”

The program is funded through a variety of grant partnerships and the Community Health Center.

A successful pilot project in Rhode Island through the Department of Corrections that’s been treating inmates for opioid addiction inspired the Community Health Center to pursue a program locally. The Rhode Island program helped lower the number of accidental drug overdose deaths by roughly 4% in 2017 after years of steady increases, according to state health officials.

Thomason said the center began seeing patients the second week of July and the number has been fluctuating. At least half of the inmates within the Crawford County Jail were participating in the program earlier this year, according to Smith. There are currently 18 inmates in treatment with 50% to 75% of the jail inmates involved in active treatment, said Thomason.

“At one point in time, we had 25 active participants inside the jail with people leaving with the utilization of Zoom court and those types of things,” said Thomason. “Our overall number of active participants has dropped, but we’ve had eight leave the jail and every single one of them has followed up with outpatient services.”

As patients leave the jail, the hope is that they integrate into outpatient services for continued care. It doesn’t have to be with the Community Health Center. Thomason said the goal is to have this type of program implemented in every county in Kansas.

A case worker is assigned to the individual to monitor their treatment and progress. The program provides medication, counseling and other resources to assist with the path to recovery. Smith said they aim to help change people’s lives while also reducing the recidivism and crime that’s often associated with addiction.

A combined 63.8 million adults 18 and older in the United States have had either a substance use disorder or a mental illness in the past year, according to the Substance Abuse and Mental Health Services Administration.