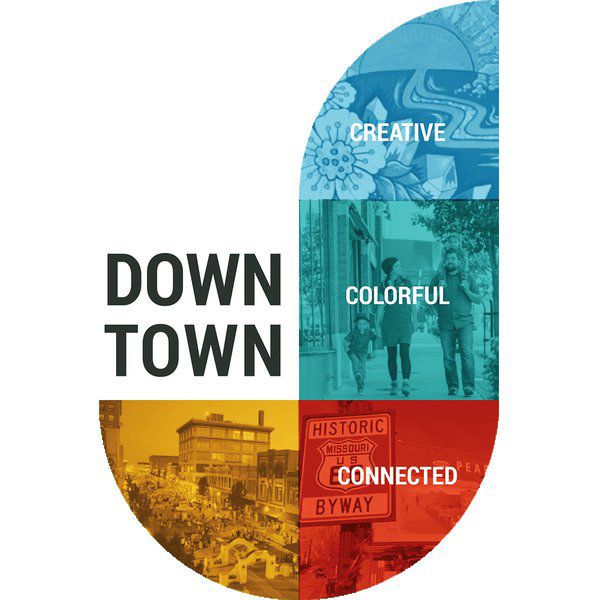 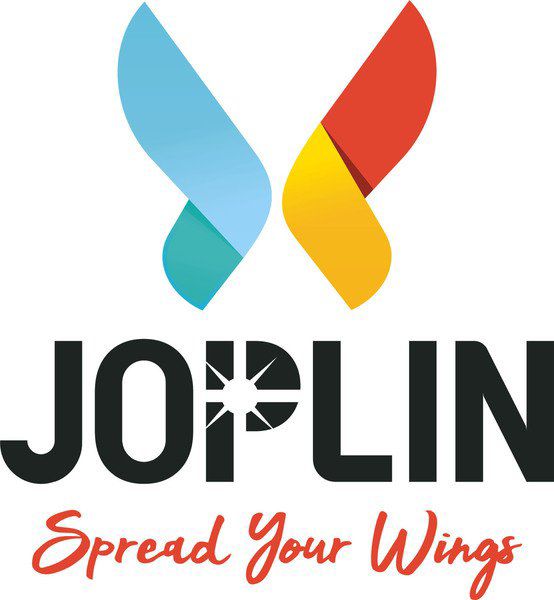 A new logo and branding program has been introduced that will be used for the promotion of downtown Joplin and could eventually be incorporated into city marketing.

Details of the proposal were presented at a City Council meeting May 19 by Lori Haun, executive director of the Downtown Joplin Alliance, and Patrick Tuttle, of the Joplin Convention and Visitors Bureau.

Haun said that the Downtown Joplin Alliance asked a community branding expert, Ben Muldrow of Arnett Muldrow and Associates, to work with it to create logos and phrases that could be used to create a downtown identity as well as to introduce the idea of communitywide cohesive branding for marketing the city and the downtown.

A grant from Missouri Main Street Connection was used to pay for the consultant's work. Haun said the consultant has worked with more than 600 cities to establish community branding programs.

"Prior to this, our downtown businesses did not have any clear symbol or emblem that they could use to denote that they were in downtown Joplin," Haun said. "We wanted to create a symbol that the community as a whole could embrace and use to show their love and passion for our place."

Haun said about 150 people including city leaders and representatives of community organizations met with the consultant in January to discuss how a branding campaign would be formed and what it should reflect about Joplin.

The consultant conducted research of the history of the city, going back as far as the first city seal that was designed in 1873. He also looked at many community organizations, their events and logos to incorporate colors, designs and information that would reflect existing identities.

"He introduced the concept that there are five basic pieces to our new brand. There is statement and message, the logos and its variance, colors, typography and typeface, and then the application of how we use those."

A statement was created to identify the character of the people in the community, their history and what residents want the city to be in the future.

"It connects the dots, and it connects us back to our history," Haun said.

The logo for downtown is composed of light blue, teal, orange and yellow and the message "Downtown Joplin. It's happening!"

Some versions of the word Joplin feature a star within the loop of the "p" that represents the city's location in Southwest Missouri and as a crossroads. A variation that has beams radiating within the letter represents the Sunshine Lamp miners used on their helmets to dig lead and zinc during the city's mining era.

A version of the alliance logo can be seen on its website at www.downtownjoplin.com.

"This entire process has been really amazing," Haun said. "From listening to the community share what matters to them and what they love about our community to seeing how someone from outside takes all that and puts it together, it really makes me proud of this little corner of the world we call Joplin."

Councilman Ryan Stanley said that "the city of Joplin needs to take a page literally out of your book and embrace the way you are messaging."

He asked, "So we're encouraging the community to embrace the downtown brand?" Haun said that is the case.

She said there are logos for general use to promote downtown and some created specifically for use by the Downtown Joplin Alliance to represent its organization.

The downtown brands and logos can be used by anyone in the city who wants to promote downtown, she said.

The downtown has not had its own emblem or logo before. She said the logos are available for use, but no one is required to use them.

Mayor Gary Shaw said, "It's great that we are getting things like this now so people can see that we are alive and well. And while we're proud of our heritage, we're open to what lies ahead."

City Manager Nick Edwards has participated in the talks along with the alliance, the chamber and the visitor's bureau, said Patrick Tuttle, director of the Joplin Convention and Visitors Bureau.

Tuttle said plans are to be explored on how to incorporate the logo into city marketing as well as the Joplin Area Chamber of Commerce's "Choose Joplin" campaign.

Brands are not just a picture or logo, he said. They are intended to highlight the unique and appealing things about a community that make them stand out. It creates synergy and gives the different sectors of the community something to build on that is cohesive.

"It definitely impacts tourism," Tuttle said. "It gives the community a sense of pride in who we are," and things that are going on. "It's that sense of place."

It can help Joplin stand out as a retail community as well, he said.

He said the city and CVB can look at what images they can use.

The city and the CVB has had four different logos over the past few decades. It could be modified for different city departments, although some, such as the Joplin Regional Airport, have their own look and messages.

All of those things and Joplin landmarks such as Route 66 need to be considered in marketing.

Tuttle asked the council to authorize work to determine how the new marketing designs could be incorporated and what the cost would be. The council agreed with a 9-0 vote.

WEBB CITY, MO - William Vick Koelling, 93, passed away on Sunday, May 24, 2020. Graveside services will be at 2 p.m. Thursday at the Howell Valley Cemetery, in West Plains, MO.