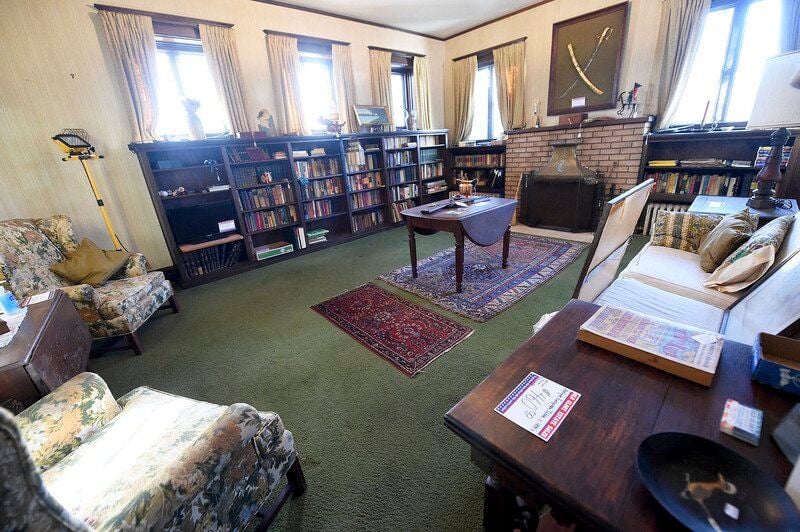 Numerous antiques will be among the thousands of items up auction at the historic Hoffmeister home this weekend at 3300 N. Range Line Road. GLOBE | LAURIE SISK 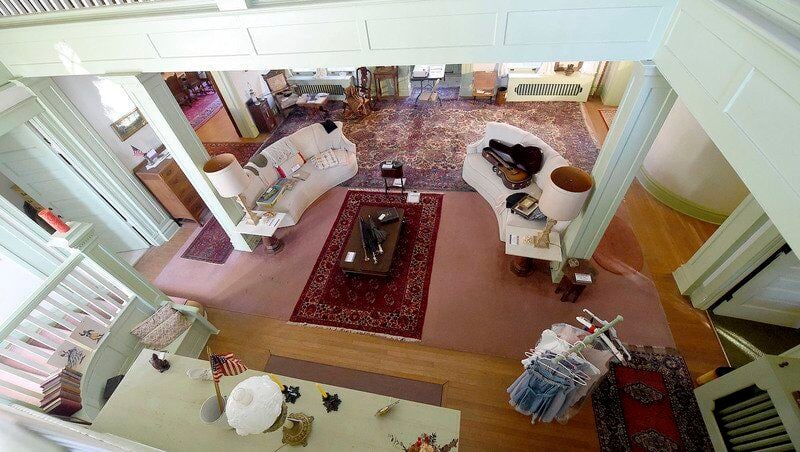 Vintage items are ready for auction in the sitting room of the Hoffmeister home at 3300 N. Range Line Road. GLOBE | LAURIE SISK 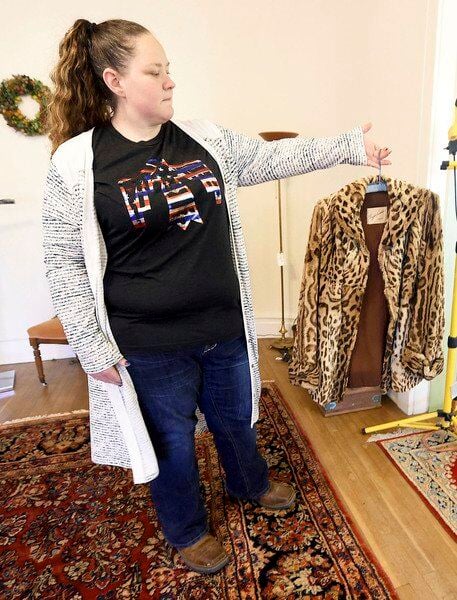 Tabitha Robbins, of Old Glory Auctions, holds a vintage ocelot jacket, one of several furs up for bid at an estate auction at the historic Hoffmeister home at 3300 N. Range Line Road. GLOBE | LAURIE SISK 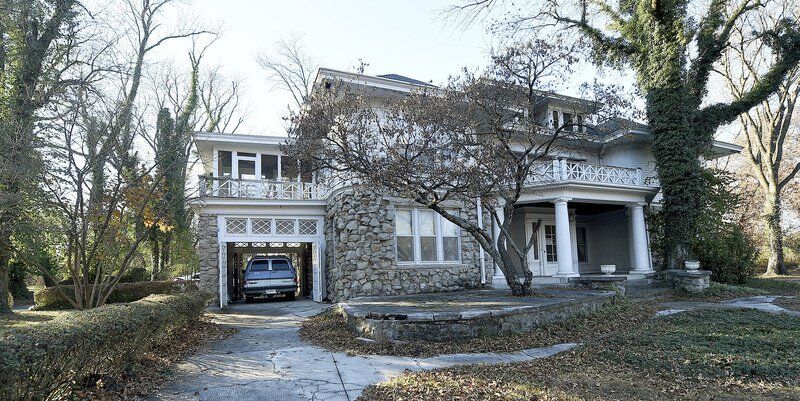 The historic Hoffmeister home at 3300 N. Range Line Road is up for auction on this weekend. Plans call for the furnishings to be sold and then a salvage sale conducted. Ultimately the house is to be demolished and the property used for residential development. GLOBE | LAURIE SISK

Numerous antiques will be among the thousands of items up auction at the historic Hoffmeister home this weekend at 3300 N. Range Line Road. GLOBE | LAURIE SISK

Vintage items are ready for auction in the sitting room of the Hoffmeister home at 3300 N. Range Line Road. GLOBE | LAURIE SISK

The historic Hoffmeister home has been present during much of the history of Joplin and Webb City since its construction around 1904, but the three-story structure seems destined to be torn down in the next couple of months.

Randy Robbins, owner of Old Glory Auctions and Estate Sales, of Oronogo, is preparing to auction off the furniture and other items in the home and outbuildings on the 16-acre estate, known as Cyprus Acres in its heyday, then he’ll auction off the salvage rights to the home itself.

Those salvage rights will give the winning bidder, assuming the homeowner accepts that bid, 60 days to remove anything the winner deems salvageable from the home and outbuildings before it is to be demolished.

Robbins, wife Tracy Robbins and daughter Tabitha Robbins have spent much of the past few weeks at the home organizing, cataloging and appraising the furniture, artwork, books, fixtures and thousands of other items left in the home in preparation for the auction on Friday and Saturday.

Randy Robbins said an estate tag sale will be held on Friday and Saturday, with the salvage auction scheduled for 2 p.m. Saturday on the front lawn of the home at 3330 N. Range Line Road.

“There are some incredible wrought-iron gates and fencing on the property around the home,” he said. “And the doors and windows and trim, all those sorts of things, the winning bidder can reclaim all of those and take them.”

The original builder of the home is unknown, although the property abstract seems to show that the property was subject to tax sale in the early 1900s.

Robbins said the Hoffmeister family told him the home was built sometime after 1904 and that the original builder had connections with the organizers of the St. Louis World's Fair of 1904.

“The builder brought quite a bit of the lumber and materials from St. Louis where they were holding the St. Louis Exposition,” Robbins said. “When the fair was finished, a lot of things were dismantled, and the lumber was brought to this area. ... Some of that material was used to build this home.”

Robbins said Frank and Jean Hoffmeister moved into the home in 1952 and raised their three children on the property. The home originally had an Olympic-size outdoor swimming pool that was filled in at some point.

The family also built an indoor tennis court on the property.

Robbins said the home has been on the market for several years, but no buyers were found who could preserve the home, which is in need of repairs.

Robbins said a buyer for the land has been found, although he could not reveal the name of the buyer because the contracts have not been signed.

That buyer plans to tear down the home and build a residential development on the 16 acres.

The home is filled with antique furniture, original artwork, rugs and carpets, in addition to kitchenware, old books, an older pool table and myriad other items that will be tagged for sale.

Robbins said other items up for sale include the family’s 1990 GMC Suburban, a 2008 zero-turn mower and other lawn maintenance equipment.

Robbins said he and his family have spent many hours in the home and the experience has been something to remember.

The estate tag sale and auction at the old Hoffmeister home, 3330 N. Range Line Road, is slated for 9 a.m. to 5 p.m. Friday and Saturday. The salvage auction is slated for 2 p.m. Saturday in the front yard of the home.