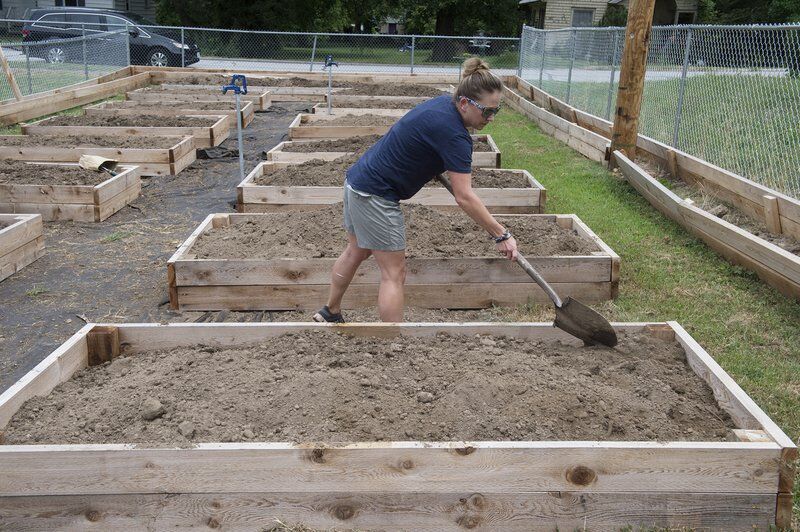 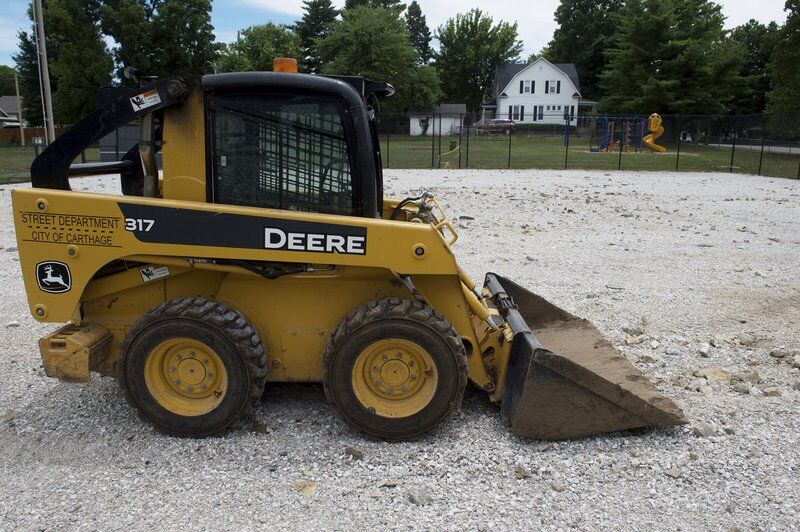 Pickleball courts are being constructed at Griggs Park in Carthage. Globe | Roger Nomer 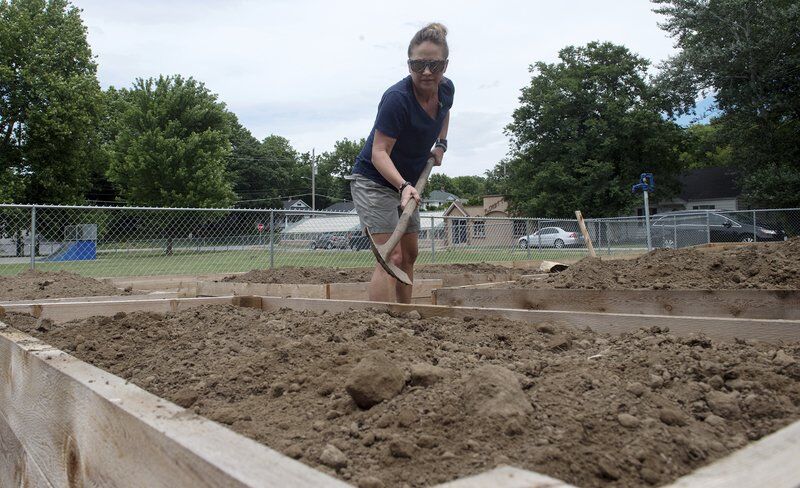 Pickleball courts are being constructed at Griggs Park in Carthage. Globe | Roger Nomer

CARTHAGE, Mo. — The city and the HERE 4 Carthage healthy living initiative are working to turn a small park in the middle of town into an island of healthy activities for residents of all ages.

The work is being done at Griggs Park, located at the corner of Garrison and Centennial avenues, by Chanti Beckham, coordinator of HERE 4 Carthage, and the Carthage parks and recreation department. Changes include adding a community garden, converting two tennis courts into eight pickleball courts, adding playground equipment and expanding the skate park, said Mark Peterson, director of parks and recreation.

“It is a park that has some amenities for a wide variety of age groups,” Peterson said. “And the central location in Carthage makes it accessible walking, riding a bike. It hits the largest part of the community for easy access.”

HERE (Healthy Eating and Regular Exercise) 4 Carthage is a three-year initiative that started in 2018 when the Missouri Foundation for Health, Community Foundation of the Ozarks, Kent D. and Mary L. Steadley Memorial Trust and the McCune-Brooks Regional Hospital Trust combined matching grants to come up with $300,000 to promote healthier living in Carthage.

Beckham said the coronavirus pandemic has jumbled some of the initiatives started through the program, including the community garden planned for Griggs Park.

“But we finally have a majority of our beds built," she said. "We were able to get soil and mushroom compost about a week and a half ago, and we worked with the Carthage parks and rec department last week and got the dirt and compost put in most of the beds.”

Beckham said the community garden will give people who would otherwise struggle to find fresh produce a chance to grow it on their own in one of several plots being built in the corner of Griggs Park.

A committee of garden enthusiasts will help care for the beds once the first crop of fall produce is planted in a few days, she said. Eventually, she’d like to see individuals and groups take over the plots, grow their own food and share it with the community.

“It was the goal of the grant to give citizens more access to fresh produce, so this is one of the ways we wanted to do that by giving people who didn’t necessarily have access in their yard to a garden a place to come out and garden with us in some capacity,” Beckham said. “We will eventually rent plots. ... I use the term 'rent' loosely because we’ll just be charging $20 a year after this year, and that money will go back into supplying the water and upkeep and maintenance.”

She said the garden will also have space for educational programs to get children interested in gardening.

“We have one big bed in the back we want to use for different kinds of programming — hopefully working with kids, getting them over to the garden and allowing them to plant things and harvest things in that bed,” Beckham said. “We hope to work with the Missouri Extension office and get some classes held out there for gardeners, and they can use that bed for teaching and hopefully help educate people on how to have their own garden.”

Beckham said the gardens are one part of a larger program to make Griggs Park a hub of healthy activity in the middle of Carthage. The park, which includes a playground, basketball courts and a skate park, was already one of the city’s busiest despite its small size.

Beckham said the initiative plans to buy new playground equipment for the park as well.

“Adding some extra playground equipment to that park is something we’re kind of interested in doing to round out the park and make it really a destination for people to go to," she said. “It’s not a big park, but we're making the most of what we have there.”

The city is teaming with HERE 4 Carthage and the Steadley Trust to completely rebuild and resurface the old tennis courts into pickleball courts at a cost of a little more than $60,000.

Peterson said pickleball has a growing following in Carthage and around the area. According to the USA Pickleball Association, the sport combines elements of tennis, badminton and pingpong on an indoor or outdoor badminton-sized court, using a slightly modified tennis net. It’s played with a paddle and a plastic ball with holes in it and can be played as singles or doubles.

Players in Carthage currently use the old tennis courts next to Kascade Steak House, the former Broadview Country Club, on Country Club Road in Carthage, or on courts at the Fair Acres Family Y, Peterson said.

“There is already a pickleball community out there in Carthage,” Peterson said. “We want to give them a facility in Carthage they can be proud of and grow it with them.”

The HERE 4 Carthage healthy living initiative was initially envisioned as a three-year, $300,000 program with themes for each year. The first year was focused on healthy living education and included classes in the schools emphasizing eating healthier foods and the importance of staying active.

The second year focused on eating healthier, including eating more produce. The program took over management of the Carthage Farmers Market and started building community gardens in Griggs Park. The third year includes partnering with the city to make improvements to Griggs Park.

Coordinator Chanti Beckham said the coronavirus pandemic has altered the timelines for some of the programs but that HERE 4 Carthage plans to push forward.