No more delays: What to know about the July 15 tax deadline 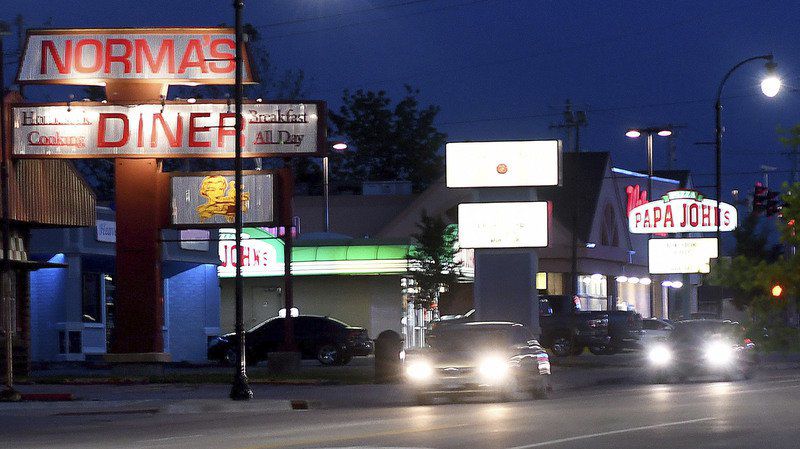 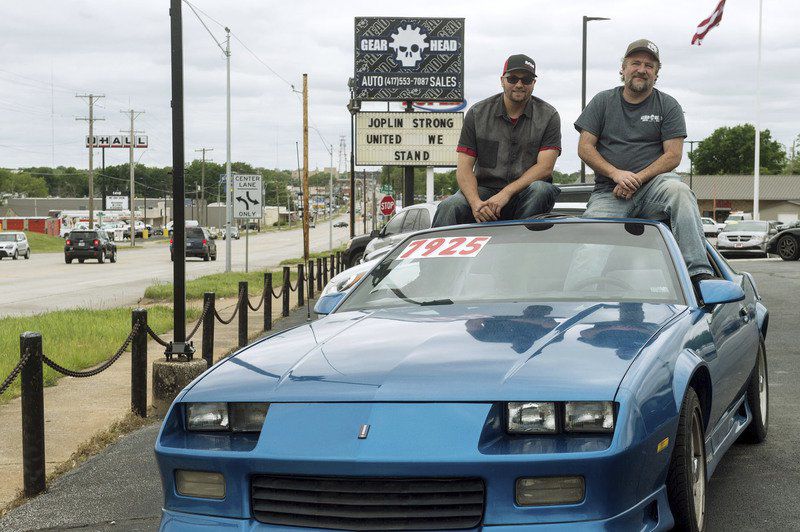 Michael Hendrix (left) and David Clevenger, of Gear Head Auto Sales, are working to get the city to change its cruising prohibition so they can hold South Main Street cruises for families. Globe | Roger Nomer

Michael Hendrix (left) and David Clevenger, of Gear Head Auto Sales, are working to get the city to change its cruising prohibition so they can hold South Main Street cruises for families. Globe | Roger Nomer

Nostalgia and an interest in having a community activity that can be done safely in the age of the coronavirus and social distancing are driving some Joplin residents to the streets.

Not to protest, but to take their cars and trucks out for an old-fashioned way to socialize — cruising Main Street.

Michael Hendrix and David Clevenger, friends who worked together to stage an evening of cruising last month, have asked the Joplin City Council to loosen restrictions to allow a cruising comeback.

Hendrix said the idea came about when he was looking at Facebook.

"Someone posted, 'Hey, let's cruise Main on April 4.' I had been wanting to do that," he said. "... This one had been shared several times, so I ran with it and made an event page out of it and shared it, and that got a little momentum."

Then he texted Clevenger and asked for help. He thought maybe they could get 100 to participate.

"Next thing we know, we had 1,800 cars up on Main Street ready to cruise," Hendrix said.

Clevenger said participants were a mix of people, including members of car clubs as well as people driving their regular vehicles.

"You had kids who had never done it who were riding in the back seat with their mom and dad cruising," he said. "We saw this old couple — and I loved it — I'm going to guess in their 60s or early 70s just honking and waving and having a good time. There were some people from car clubs that when they saw us joined in. We had people message us saying, 'We don't have anything to cruise in.' This isn't about what you're driving. This is about cruising, having a good time. Minivans to old classics — it was awesome."

There is a generation of kids who don't cruise as a result of the city of Joplin restricting the activity in 1992, Hendrix said.

"Cruising has been around for who knows how long" before it was shut down in the city, he said. "We're getting that new generation into it, and we're bringing back something we all used to know and love."

Cruising became restricted on South Main Street because of complaints to the city and the police department about noise and people loitering in the parking lots of closed businesses. There was fighting as well as trash and debris left on private property. In 1989, the city convened a cruising committee to study the situation and make a recommendation on what should be done but did not feel it was necessary yet to enact restrictions.

In 1990, a South Main Street enforcement project was conducted, and in 1992, after a youth gang violence report was made, the City Council voted to prohibit cruising from 18th to 28th streets on South Main Street.

A few years later, cruising restarted farther north on Main Street, encompassing downtown. In 2007, that also was banned after people living downtown complained about noise, car lights and other disturbances.

Now, Hendrix and Clevenger propose a rollback of those restrictions so that cruising can become a family activity. Hendrix asked the City Council at a meeting last week to eliminate the ban on cruising Main Street from 10th to 28th streets, amend the ordinance to allow it with an 11 p.m. shutdown, or allow it one Saturday a month.

"We are hoping to give South Main Street an event like Third Thursday is on North Main Street," Hendrix said.

But Mayor Gary Shaw told them of their request, "We had some real challenges in the past, and that's why (the ban) was put in place."

Councilman Ryan Stanley asked the pair to talk to business operators in the South Main area to see how they felt about the proposal. If they could come up with a plan to avoid or stop problems that led to complaints in the past, and work with city staff on a proposal, there might be consideration by the council to allow it again, Hendrix and Clevenger were told.

If they could line up sponsors to fund some off-duty police officer presence, that might prevent many problems, Clevenger said. People buying food, drinks and gas and other things on the cruise route could rev up a little more revenue for businesses and sales tax money for the city, he said.

The pair's Cruisin' Main Facebook page has 1,700 members, and people have been asking when there will be another cruise, Clevenger said.

"The sooner the better," he said.