What you need to know today about the virus outbreak 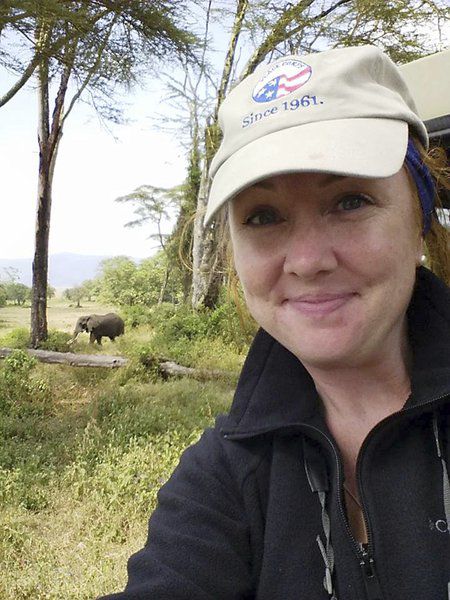 One of the perks of living in Tanzania is being able to see wildlife such as elephants. Courtesy | Kate Raum 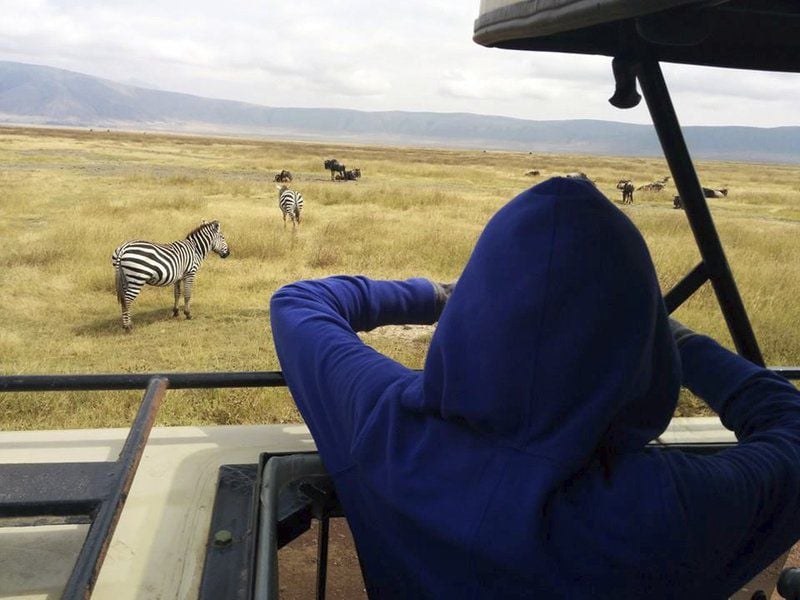 Kate Raum takes in the local wildlife during a trip in Tanzania. Courtesy | Kate Raum 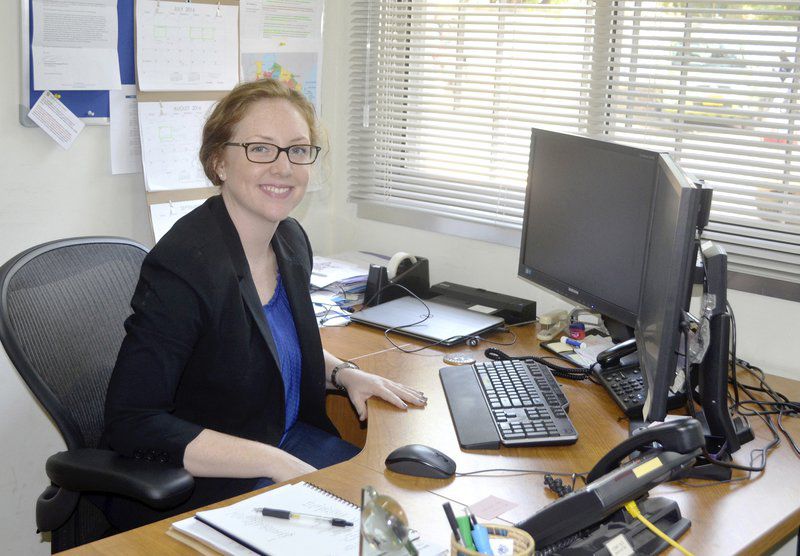 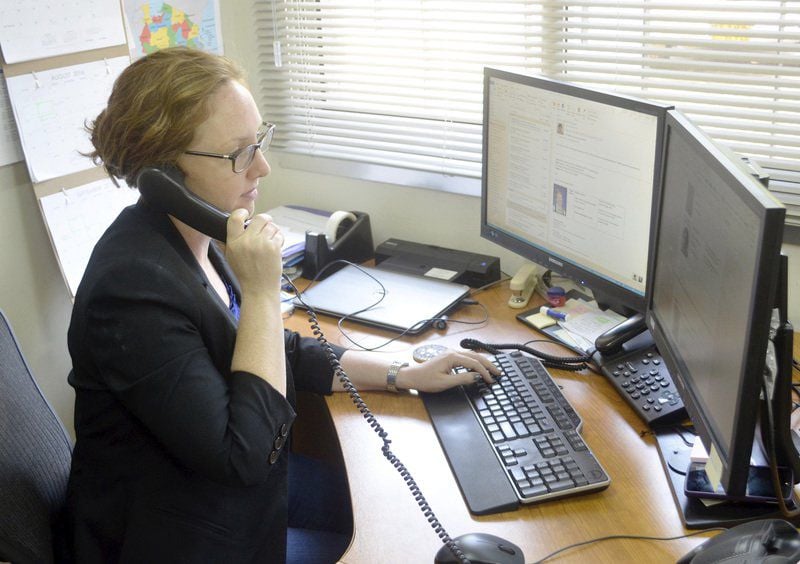 One of the perks of living in Tanzania is being able to see wildlife such as elephants. Courtesy | Kate Raum

Kate Raum takes in the local wildlife during a trip in Tanzania. Courtesy | Kate Raum

Kate Raum is trying to change lives and help in the global fight against HIV and AIDS, and she’s doing so nearly 9,000 miles from her hometown through a partnership between the U.S. Centers for Disease Control and Prevention and the government of Tanzania.

“I was a super shy, sheltered kid from Joplin. I never expected this would be my life — ever,” she said in a telephone interview recently from her office in Dar es Salaam, Tanzania. “I never even imagined traveling to Africa, let alone living here.”

Born and raised in Joplin, Raum graduated from Joplin High School in 1998 and from Missouri Southern State University in 2002. As a sociology major at Missouri Southern, Raum initially thought she wanted to be a social worker. She worked for a few years as a case worker with Economic Security Corp. in Joplin and then for the state of Missouri in Jackson County, but she eventually became disenchanted with the job.

So she joined the Peace Corps. She still doesn’t know how or why she made that decision, but she said it proved to be a good move for her. She was invited to serve in Tanzania, where she was a health education volunteer in a rural village.

“My job was teaching health education, particularly how HIV and malaria are transmitted and how to protect yourself,” she said. “That kind of work in that part of Tanzania is important because it’s so rural. ... Doctors are seeing the worst cases that come into their clinics, so education kind of falls by the wayside if you don’t have someone like a Peace Corps volunteer.”

After her two-year stint, she returned to the United States and graduated in 2012 from the University of Arkansas-Little Rock with both a law degree and a master’s degree in public service. She never intended to practice law; instead, she saw herself going into management for nongovernmental organizations.

Tanzania had called to her since she had left the Peace Corps, so she moved back to the African nation and directed a small road-safety nonprofit organization for about a year in Dar es Salaam. Two years ago, she joined the CDC’s work in Tanzania; she is a contractor for CTS Global, assigned to work for the CDC as a communications adviser.

David Locher, a professor of sociology at Missouri Southern State University and Raum’s former academic adviser, said he was initially surprised to learn that she ended up working in Tanzania.

“I didn’t realize how adventurous she was,” he said. “I think she’s kind of amazing; I really think she mostly did this on her own. You can go anywhere from Missouri Southern and do pretty much anything.”

The CDC has worked with Tanzania since 2001 to implement effective HIV programs such as targeted HIV counseling and testing services, to develop new strategies to offer treatment to people living with HIV, and to provide prevention and treatment services to key populations. Those services are offered through the U.S. President’s Emergency Plan for AIDS Relief, an initiative of the U.S. government that provides $200 million to the CDC’s work in Tanzania annually, Raum said.

The HIV/AIDS epidemic has hit Tanzania hard. According to the CIA World Factbook, Tanzania was ranked 12th in the world in 2014 for the prevalence rate of HIV and AIDS among adults. Tanzania also ranked sixth in the world for people living with HIV or AIDS (the 2014 estimate was nearly 1.5 million) and fourth in the world for HIV/AIDS deaths (approximately 46,100 in 2014).

The CDC further estimates that there are 39,000 deaths per year from HIV or AIDS and approximately 810,000 orphans living in Tanzania as a result of AIDS.

But there is some good news. More than 637,000 people are currently receiving HIV treatment in Tanzania, and more than 74,000 pregnant women have received medication to reduce HIV transmission to their babies since 2010 through the U.S. President’s Emergency Plan for AIDS Relief, according to information provided by the CDC.

In addition, the CDC has gone from supporting 11 facilities and fewer than 5,000 people on anti-retroviral therapy in 2004 to supporting 1,415 facilities that serve more than 434,000 patients. It also has supported more than 1 million voluntary medical male circumcisions since 2010 in an effort to reduce the risk of new HIV cases.

As a contracted communications adviser, Raum works with CDC doctors and researchers, the U.S. government and its partners in Tanzania to ensure that all entities have open lines of communication among them. She also gives tours to delegates from the United States who want to see how taxpayers’ money is being spent in Tanzania.

“My job is to show them what’s going on,” she said. “I paint a realistic picture; I show them the challenges and the successes that we’re having. ... The United States plays a major role in HIV assistance here, and bringing people here who don’t have medical or technical experience and explaining to them what we’re doing is really enlightening, and I feel really rewarded when they leave.”

Raum said one of the major challenges of the CDC’s work is that the epidemic is slow to release its grip on Tanzania; HIV and AIDS remain the leading cause of death in the country, according to data from the CDC.

“We’re working and trying really hard, and it’s very difficult,” she said. “It’s frustrating to keep seeing people dying from HIV when you’re working so hard to combat it.”

But there are success stories, she said. Prevalence of HIV among adults has declined slightly since she first arrived in Tanzania in 2005, and a new task-sharing policy approved recently by the Tanzanian government means that more medical professionals are able to work with patients in need of care, she said.

Americans should be aware of the work the CDC is doing in Tanzania because epidemics can spread across the globe rapidly — perhaps in as little as 24 hours, Raum said. If no one is monitoring an epidemic, the country opens itself up to the risk of facing it, she said.

“One way I look at it is keeping epidemics off our shores, making sure we know what’s going on in the world and fighting it in places where it’s a real problem and making sure it doesn’t spread,” she said.

Tanzania is a large country in eastern Africa with a population of about 51 million. It gained independence from the United Kingdom in 1961 and includes Zanzibar along the coast of the Indian Ocean.

Raum lives in Dar es Salaam — not the capital but the country’s largest city, with about 5 million inhabitants. It’s currently the cool season, which means that temperatures hover in the high 80s and there is little humidity, she said.

She lives in an apartment on the ninth floor of a building in downtown Dar es Salaam, and she can see the ocean from her balcony. She doesn’t drive — she’s not comfortable with big-city traffic — so she takes a taxi or walks to and from work.

Her office is also located in downtown Dar es Salaam in the economic center of Tanzania where banking, accounting firms and major hotels can be found. Nearby is the Tanzanian State House, and monkeys and peacocks from the property often wander over to explore her office building’s parking lot and trees, she said.

Having lived in Tanzania for around four years total, Raum has picked up Swahili — not to the point where she is fluent, but she is conversational with taxi drivers or merchants when needed. And if she wants a weekend getaway, the Zanzibar Archipelago is just a 20-minute flight away; Serengeti National Park and Mount Kilimanjaro are also options.

Her nephews in Joplin have asked her whether she gets to hang out with exotic wildlife all day because she lives in Africa, but the truth is that Dar es Salaam is a busy, bustling city just like any other, she said. Its residents are a diverse mix of African- and Indian-descended Tanzanians as well as some who have come from the Arabian peninsula.

“Joplin is home, and I love that I can live here and have this experience and come home and talk to my sisters and nephews about it,” Raum said.

The U.S. Centers for Disease Control and Prevention in Tanzania also works in the areas of malaria, emerging disease threats, reproductive health, influenza surveillance, lab support, immunization monitoring and blood safety. For more information on the CDC’s work in this country, go to cdc.gov/globalhealth/countries/tanzania.