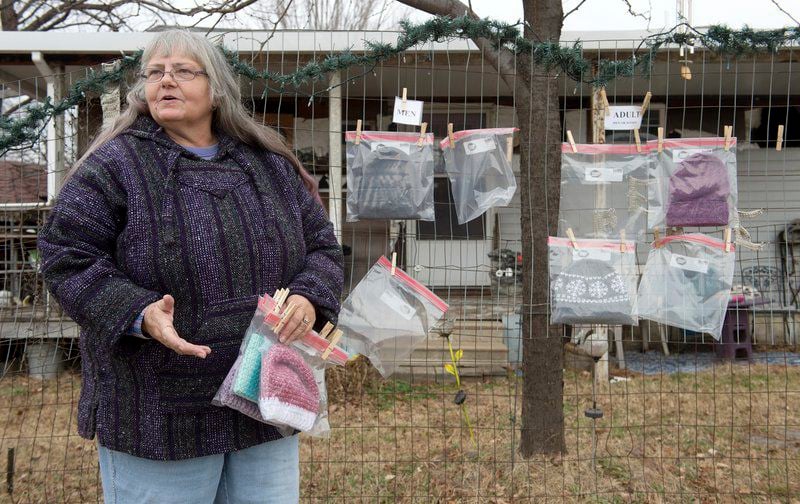 Pam Parcell said she started small, attaching crocheted clothing to her fence for anyone who needs it, and the campaign has now growth to include others. Globe | Roger Nomer 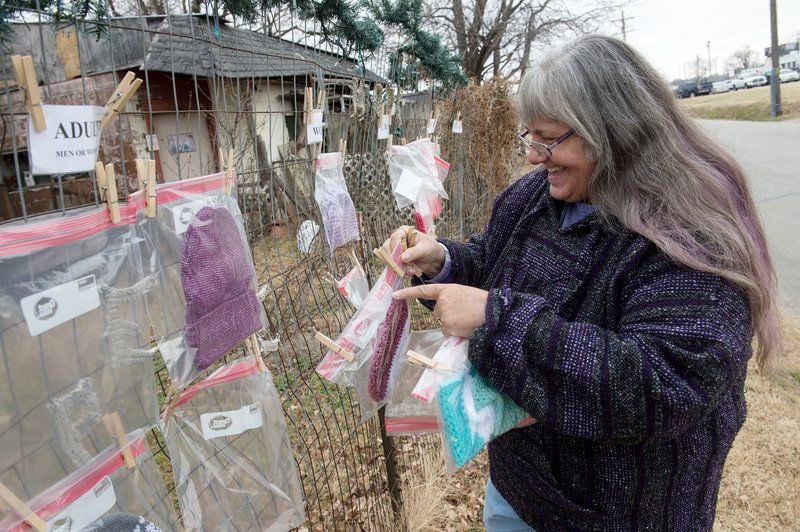 Pam Parcell attaches stocking caps, gloves and other crocheted clothing to her fence for anyone in need. Globe | Roger Nomer 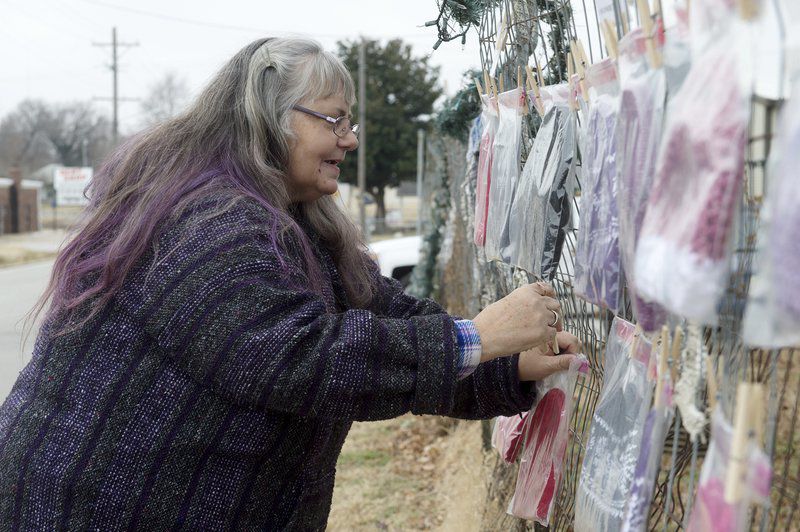 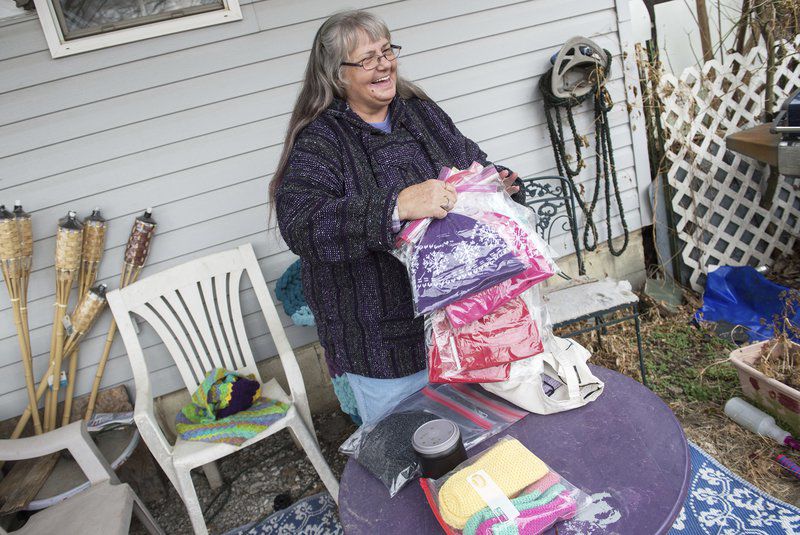 Pam Parcell said she started small, attaching crocheted clothing to her fence for anyone who needs it, and the campaign has now growth to include others. Globe | Roger Nomer

Pam Parcell attaches stocking caps, gloves and other crocheted clothing to her fence for anyone in need. Globe | Roger Nomer

Instead of just crocheting Christmas gifts for her family, the lifelong Joplin resident is using her talent and extra yarn to create hats, headbands and scarves for anyone in need of extra warmth in the community.

“I always crochet things for the family for Christmas,” Parcell said. “I had finished those, and I had so much yarn left over. I said I wasn’t going to stuff it in a tote and leave it. I thought I could make a few hats or scarves and stick them up on the fence to see what happens.”

Plastic bags filled with hats and scarves for men, women and children line Parcell’s fence along East Ninth Street and Ohio Avenue. She started by putting 10 items on the fence in November, and one or two were taken within a few days.

Since then, it has grown, and she said that if she can’t fill a bag in time to make another, she replaces it with a store-bought one.

“I thought I could keep up with the demand and make two a day and be good,” Parcell said. “And then four went, and I’m going, 'Uh-oh!' so then I started making headbands. Since the 15th of November, not counting what I’ve bought but what I’ve made, was 48 hats, six scarves and eight headbands. They’ve gone like wildfire, and I’m just hoping that people are putting them to good use.”

The project is beginning to have a ripple effect on other people who want to contribute to the cause. She even has friends who are offering to donate hats and booties for babies.

“It’s expanding, and I can’t believe how much this has blown up,” Parcell said. “It’s absolutely insane.”

The clothing is free. All Parcell asks in return is to remember to have faith in humanity and to pay the kindness forward.

“I hope this encourages people to give back in their own ways,” she said. “God has blessed me so much in my lifetime — through struggles, hard times. I still have a house and a car. I’m in excellent health. With God blessing me so much, I just wanted to be able to be his servant and bless others. I wanted to give back the way he has given to me. I can’t even begin to do that monetarily, but I can do that with a little small thing.”

The fence is also decorated with crocheted words “Peace” and “Hope.” Parcell said she first put those up with husband, Bruce, four years ago before he died. She said this is as much his project as hers.

“He asked me one day what I was doing, and I said, 'You know how the cups are in the fence?'” she said. “Our fence is kind of oblong so the cups won’t fit, so I’m making crocheted things to put on there. He asked me what I was going to say, and I said. 'God is love, hope and peace.' He said ‘OK. I’ll help you.’ He measured it all out, and I crocheted them.”

Asked what her husband would say about the project now, she laughed and said he would be in full support of it.

“He would definitely be helping and would help put them on the fence. He was supportive no matter what I did. I feel truly blessed, and I know God blessed me with him,” she said.

Her crocheting has helped her form connections to others in the community.

“A lady had thanked me profusely for providing her with warmth and the show of humanity that I did,” Parcell said. “I think it’s such a small thing to me, but it’s huge for someone else who may be going through a dark time because all of us go through dark times. I just want to be able to show there are people who care. Maybe this will give them a little glimmer of hope that God is still alive and exists through people.”

Parcell crochets about seven hours every day and said she has done so for more than two decades. She was inspired to pick up the craft after her mother died when she was 15.

“My mother was a huge crocheter,” she said. “I think that’s where I got the crafting bug from. She had a huge heart, and she was definitely an angel on Earth. I’m helping give back like she did.”