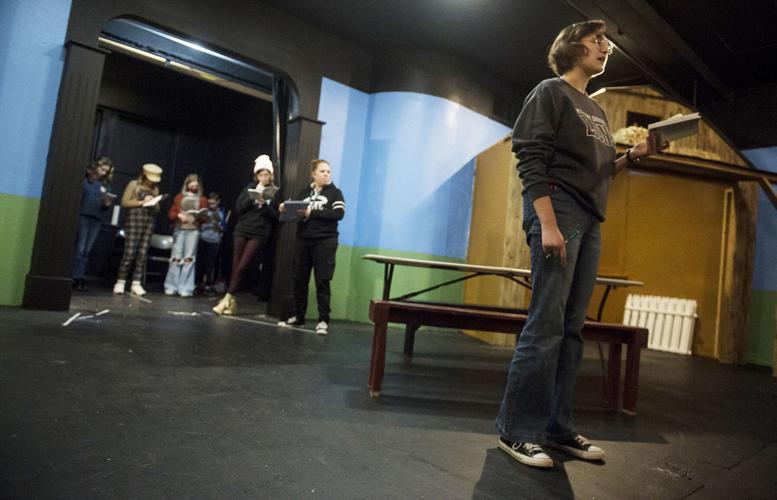 Samantha Owen rehearses for her role in “Sarah, Plain and Tall” on Jan. 10 at the Stained Glass Theatre. Globe | Roger Nomer 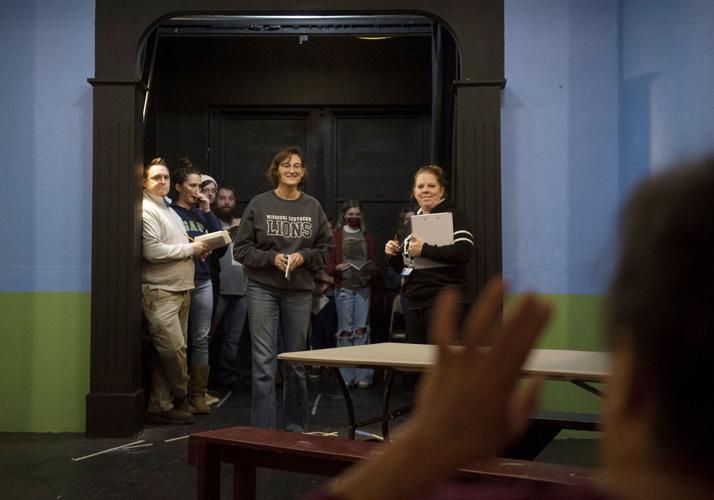 Director Kelly Weaver directs her actors and crew for “Sarah, Plain and Tall” on Jan. 10 at the Stained Glass Theatre. Globe | Roger Nomer 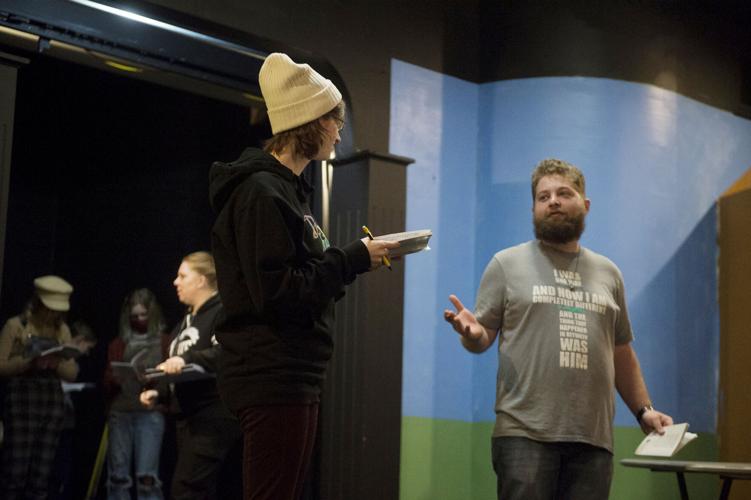 Amanda Klein and Daniel Wilcox rehearse a scene from “Sarah, Plain and Tall” on Jan. 10 at the Stained Glass Theatre. Globe | Roger Nomer 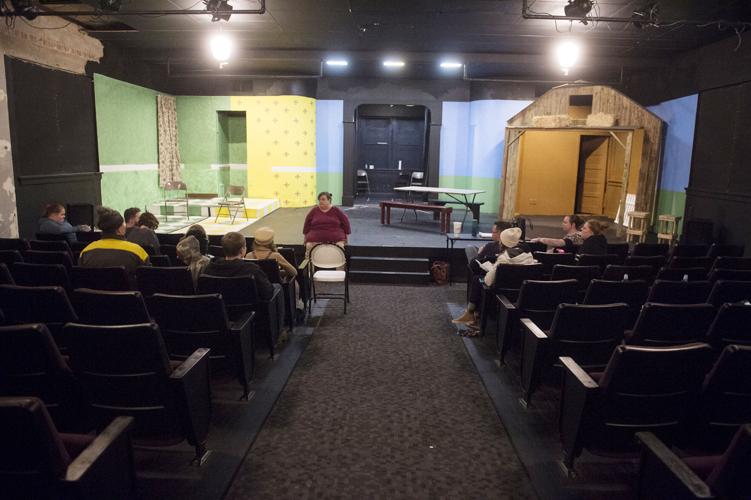 Director Kelly Weaver directs her actors and crew for “Sarah, Plain and Tall” on Jan. 10 at the Stained Glass Theatre.

Samantha Owen rehearses for her role in “Sarah, Plain and Tall” on Jan. 10 at the Stained Glass Theatre. Globe | Roger Nomer

Director Kelly Weaver directs her actors and crew for “Sarah, Plain and Tall” on Jan. 10 at the Stained Glass Theatre. Globe | Roger Nomer

Amanda Klein and Daniel Wilcox rehearse a scene from “Sarah, Plain and Tall” on Jan. 10 at the Stained Glass Theatre. Globe | Roger Nomer

Director Kelly Weaver directs her actors and crew for “Sarah, Plain and Tall” on Jan. 10 at the Stained Glass Theatre.

Currently housed in a 102-year-old former church building, Joplin’s Stained Glass Theatre is in search of a new home.

Best-case scenario, officials hope to relocate the popular theatrical ministry to a more modern building by this time next year, said Ric Stiegman, president of the theater’s governing board.

“One of the struggles that we have at our current location — the biggest struggle, really — is parking. We’re in a residential area here, and there’s no room to park,” he said. “We’re looking to find a better, safer place for us to go; we’ve pretty much outgrown our stage and the backstage — we just have no more to expand.

“We’re hoping that, somehow, either (through) renting or rent-to-own, funds will be provided in such a way to help us relocate so we can take this ministry in a new direction.”

Stained Glass Theatre took ownership of the nearly 8,000-square-foot church building, which is located at 2101 Annie Baxter Ave., on Sept. 27, 2013. It was paid off last month.

Doing that “was a blessing to all of us,” Stiegman said. “We wanted to get this building paid off — that was our No. 1 goal.”

If officials pinpoint a location that’s perfect for their needs, they would sell the Annie Baxter building and use the money to help fund the move, he said.

So far, they have their eyes on several unspecified Joplin locations, though “nothing right now is for sure,” Stiegman said, “because it might be the perfect place but not at the right time or at the right price … and not the best place for us right now. That’s what I’ve told the board over and over again: ‘If one (location) doesn’t fly, there’s always going to be another or another, so don’t get discouraged, and let’s take this one step at a time.’”

The ideal location, he said, would be a place with plenty of parking as well as a ramp for elderly patrons to use. The building would also need a large performing stage and backstage area for actors to easily enter and exit scenes. The theater would also need adequate storage space for its equipment, which is currently kept in a rented storage unit and has to be transported to and from the theater during a production run.

Over the past nine years, ministry members have refurbished the former church building with a new roof and new windows and have done extensive work to the building’s basement. They have also made recent improvements such as a new sound booth and concession stand.

“It’s an older building, but it’s not junk,” Stiegman said. “It’s definitely old and has some age to it, but we have definitely put tens of thousands of dollars, easily, into it. It is definitely a much better building now than what it was before we moved in.”

Whenever a move takes place, the Annie Baxter location will remain an important part of the theater because it was where the ministry relocated after Sunday, May 22, 2011. Stained Glass Theatre members had just wrapped up the matinee performance of “I Remember Mama” when the EF5 tornado tore through the theater, then located at 1318 W. 26th St. Of the 56 people inside the building at the time, three were killed, including the play’s director.

But in the wake of the tragedy, theater personnel said they felt a call from God to continue sharing the gospel and strengthening believers through plays and musicals.

“Several of those who were very active (in 2011) kept the theater alive, and they literally, like Moses, traveled to different locations” to put on the plays, Stiegman said.

Between 2011 and 2013, he said, the theater performed its family-friendly plays at various locations and venues, including three shows at The Bridge/Foundry in Joplin, three shows at North Middle School, two shows at Carl Junction High School and two shows at Irving Elementary School. After that final school performance, the theater moved into the Annie Baxter Avenue building.

Today, the theater is stronger than ever in terms of both popularity and finances, Stiegman said.

“I know there is a need for what we do because people show up for every single show,” he said. Right now, “we’re just praying for the Lord to lead us, to open up a door and let the people know our needs once they see what’s going on.

“We have a lot of generous people in this community,” he said, “and they have been very kind to us over the years.”

To learn more about the community theater and its mission, or to donate, visit its Facebook page or www.sgtjoplin.com.