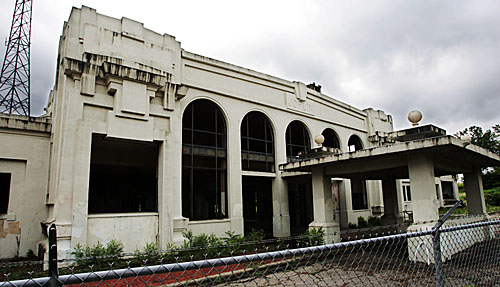 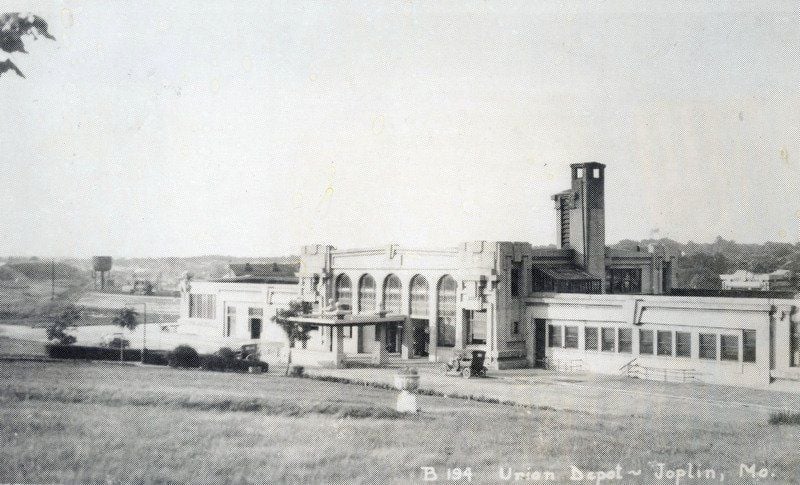 A period photo of the west side of the Union Depot, probably from the 1920s. GLOBE | FILE 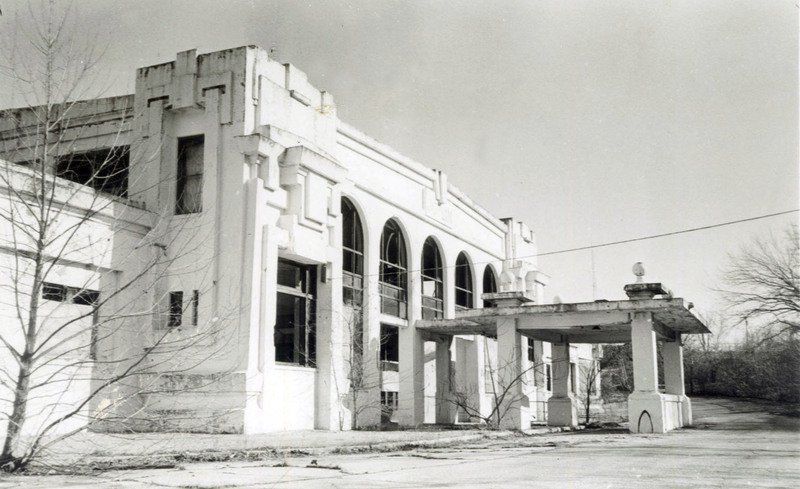 The use of concrete and large glass windows was an element of Louis Curtiss’ architectural style. It created an open, sunlit space. GLOBE | FILE 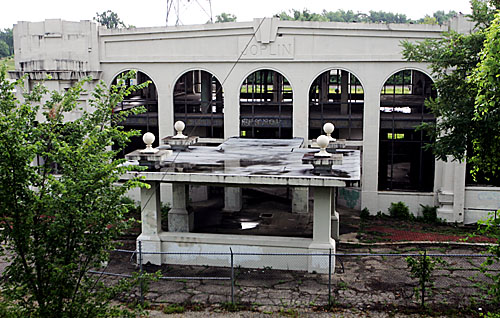 A period photo of the west side of the Union Depot, probably from the 1920s. GLOBE | FILE

The use of concrete and large glass windows was an element of Louis Curtiss’ architectural style. It created an open, sunlit space. GLOBE | FILE

Joplin’s Union Depot was named one Missouri’s “Places in Peril” late Wednesday by the Missouri Alliance for Historic Preservation, but many of those familiar with the 110-year-old building don’t believe this is a death knell; instead, they see it as a call to action.

“It has a lot of potential,” said David Glenn, a commercial real estate developer with The Glenn Group in Joplin.

“This could be the primary catalyst for a large development.”

Founded in 1976 as the Missouri Heritage Trust, the Alliance noted the building has not been used for half a century, adding: “The building is currently threatened by a number of factors including neglect and deterioration as well as vandalism. The once white-painted walls are covered with graffiti.”

But those who know the building also agree that it can’t sit empty much longer or problems that already threaten the depot may cause its demise.

Patrick Tuttle, director of the Joplin Convention and Visitors Bureau, is another who sees potential, but he also said during a tour of the depot on Thursday morning: “It would be a great attraction for something,” but added, “We are getting to the point now of no return ... we’ve got to do something with it.”

Glenn said Thursday he thought the building might have five years left, but wouldn’t go much past that.

“I am going to say as an old contractor who built buildings for 25 years, it’s easily adaptable now.”

He envisions the central part of the 23,000-square-foot depot as the home to a train museum, tapping into the nostalgia for World War II when millions of Americans shipped off to war at train stations such as the one in Joplin.

“Expanding off to the north or south of the main lobby is an opportunity for all kinds of things,” Glenn said. Restaurants, for example, and specialty shops.

“The kitchen is ideally suited to do that again,” he said.

The second floor could include office space or a conference room that looks out over the main lobby.

“When you start imagining, your imagination can go crazy,” Glenn said.

His vision includes development on both side of the depot, too, including a boutique hotel to the south, and upper-end apartments to the north as the second and third phases of development. He has been discussing an option with the Downtown Joplin Alliance that would allow him to market the depot nationwide, saying that outside of Joplin, few people are aware of the property or its potential.

“The large commercial real estate developers around the country don’t know about it,” said Glenn. He believes if he can get it before their eyes, “I think my phone is going to be ringing off the hook. I think there are going to be a lot inquiries in the first 30 to 60 days.”

“There is a developer who would love this project ...,” he added.

More than a century ago, Joplin was served by multiple railroads, each with its own depot, like the Missouri Pacific Depot that was at 10th and Main streets, before Glenn moved it stone by stone and rebuilt at the intersection of 28th Street and Range Line Road. The Frisco building, at Sixth Street and Virginia Avenue, also had a railroad depot. When additional railroads wanted to connect to Joplin, an agreement was reached with the city allowing for a depot along North Main Street, with the railroads contributing money to help build viaducts for street traffic.

Kansas City architect Louis Curtiss, who has been called the “the Frank Lloyd Wright of Kansas City,” designed the depot. Construction began in 1910 and the first train arrived the following year. The depot’s concrete construction, with its tall, curved windows and angled features, helped Curtiss earn his national reputation. According to the Alliance, “Curtiss’ design incorporated geometric embellishments to create a Prairie-modern style building.”

The building is also listed on the National Register of Historic Places. Tuttle said the last passenger service ended in the late 1960s, and the mail trains continued a few years later. The depot has been vacant since.

Over the years, there have been a number of attempts to develop the building, including one to make it the home for the Joplin Museum Complex in time for the city’s centennial in 1973, but nothing came of those efforts. More recently, former City Manager Mark Rohr also posed the idea of using it for the mineral and history museums. The Missouri Department of Natural Resources has held title to the property since 1998, after a previous developer defaulted on money the state had lent for restoration.

“With the state owning it, it limits the marketing,” said Lori Haun, director of the Downtown Joplin Alliance, “which is kind of why we are trying to step into the middle of this and get The Glenn Group to push this out.

“I didn’t realize they (DNR) had not marketed it anywhere,” she said.

The group said it hopes the “Places in Peril” designation “will raise awareness of the property’s availability and help find a developer to restore this important piece of Joplin’s history.”

Haun added, “I think the depot has more viability right now because the downtown is more viable.”