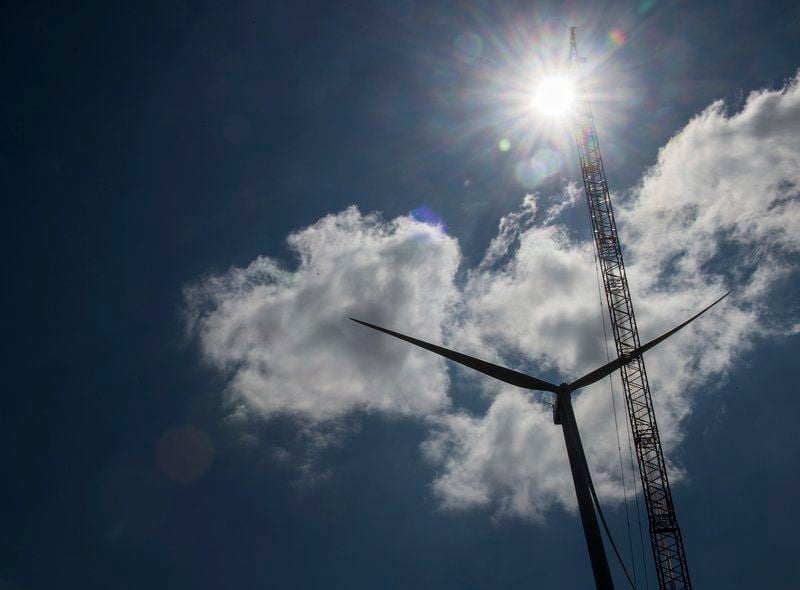 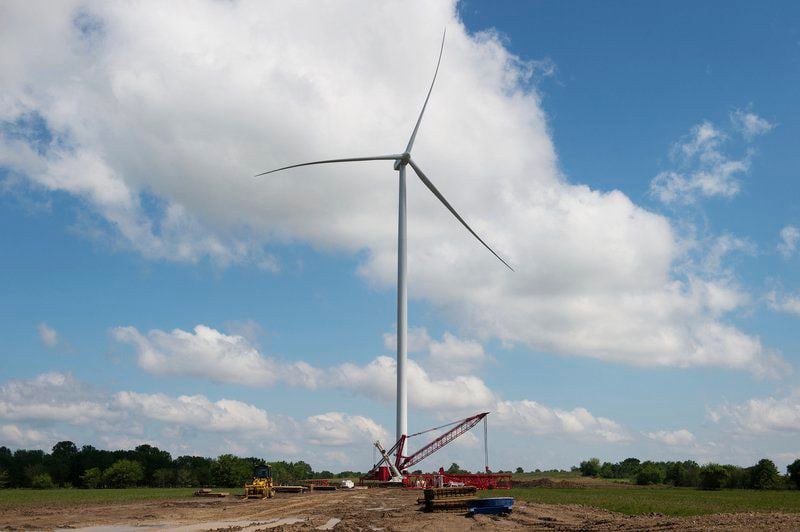 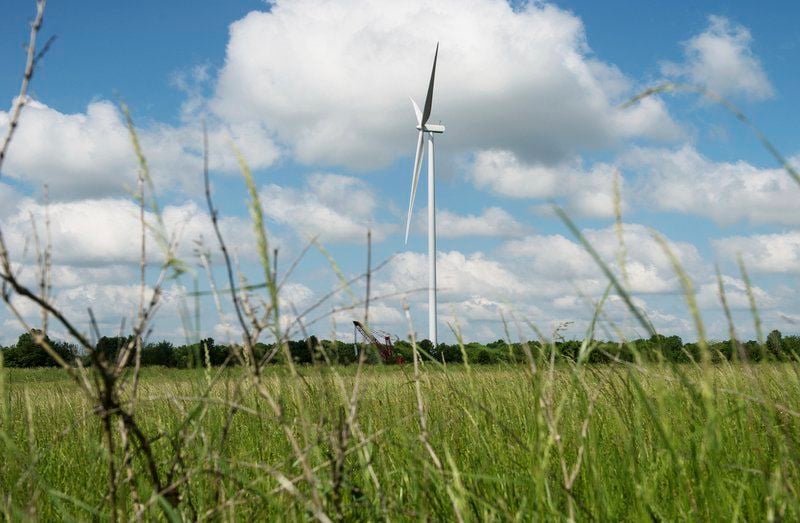 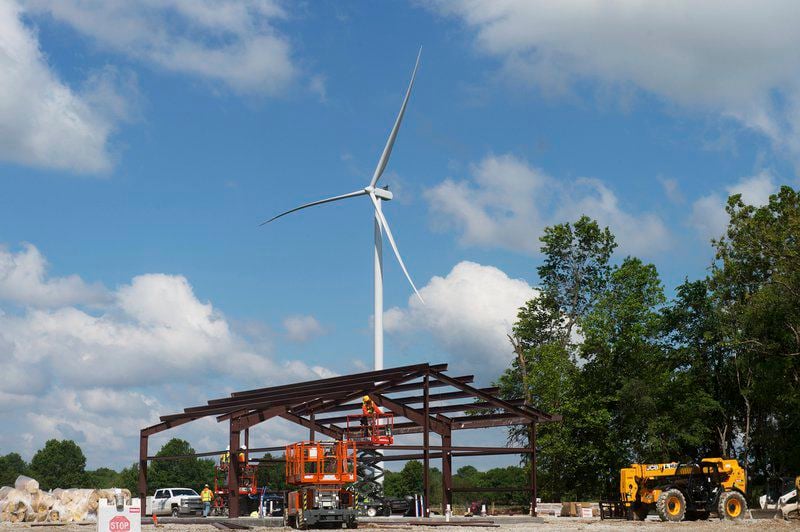 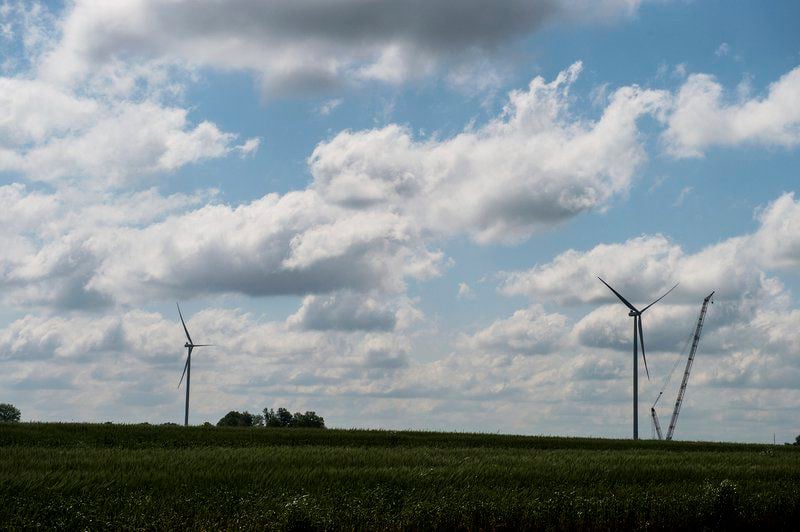 The first of more than 270 wind turbines Liberty Utilities is building in Southwest Missouri and Southeast Kansas has been completed. It could provide electrical power for the region as early as next year.

It is part of a 600-megawatt wind project Liberty has underway in the region. The Missouri Public Service Commission last summer approved the project, which includes two wind farms, North Fork and King's Point, in Southwest Missouri. Those turbines are going up in Jasper, Barton and Dade counties. Each of those farms will consist of 69 turbines that combined are projected to generate a total of 300 megawatts.

Work is also underway on the utility's Neosho Ridge Wind Farm in Neosho County, Kansas, north of Parsons, where 139 more turbines will be built, generating another 300 megawatts of electricity. Wilson said work also is progressing at that site.

"All the turbine foundations are complete. ...We are prepping for the start of tubular component delivery," he said. "We're hoping to be fully commissioned (at all three sites) by the end of the year."

The completion of the first turbine marks a milestone in what has already been a three-year process that included wind surveys, regulatory approval, financing, leasing of land, bidding and contracting out the projects.

The combined project represents an investment of about $1.2 billion, Wilson said.

When finished, the tallest turbines will reach nearly 600 feet from the ground to the tip of the blade at its highest point. The turbines will be rated for 2 and 2.5 megawatts.

As part of the project, Liberty this spring also has shuttered its coal-fired Asbury power plant in northwest Jasper County, which had been in use for 50 years.

Wilson said the utility is studying its Asbury site to see what components can be salvaged, what can be repurposed and what can be sold. Because of the maintenance and office buildings on the site, the company envisions it playing a different role in the future, he said.

"We are going to operate the wind farm from the Asbury facilities," Wilson said.

When the project is completed, Liberty will generate more than half of its electricity from its wind farm, or through purchasing agreements with two wind farms in Kansas. Only 21% of its power will come from coal.

Wilson said Liberty expects to meet about half the financing costs through the use of federal tax credits, and is projecting customer savings of up to $300 million over 30 years compared to what costs were projected to be without the project.

"There will certainly be a customer savings, and we'll keep our rates lower than they would have been otherwise," Wilson said.

Environmental groups Renew Missouri and the Sierra Club indicated in regulatory filings that they backed Liberty Utilities' wind project plan. The majority of people who testified during a public hearing on the project held in Joplin earlier this year also were supportive.