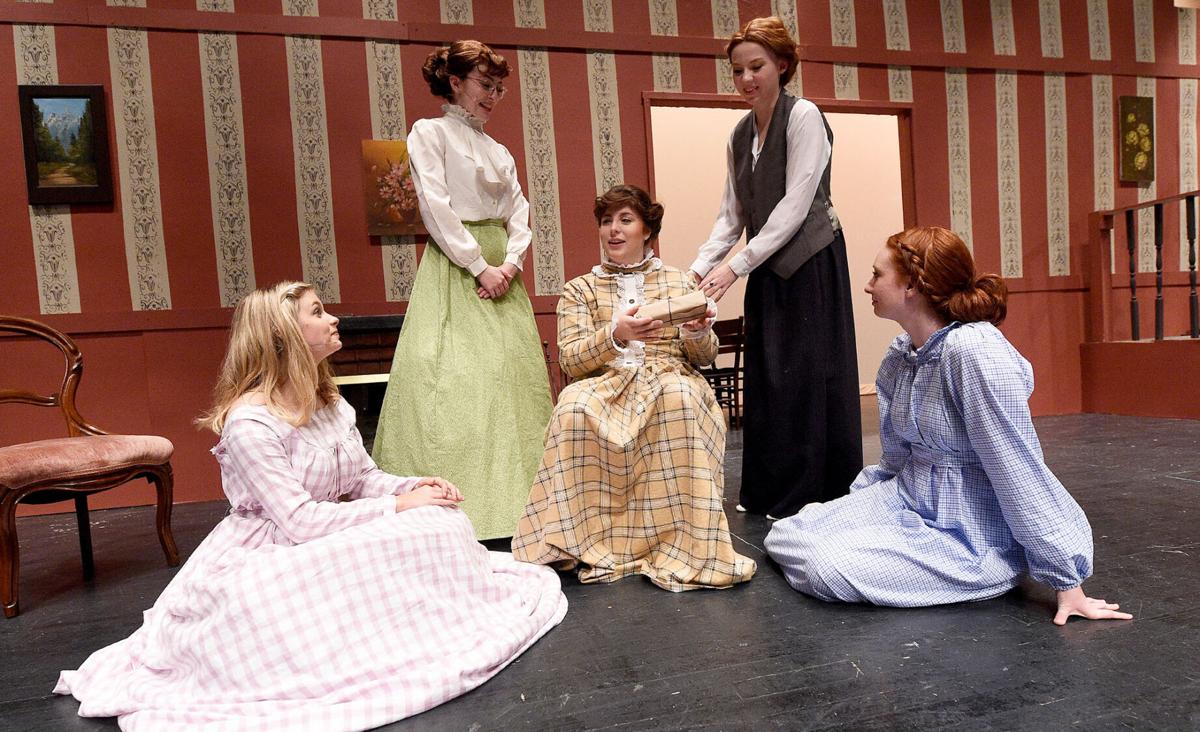 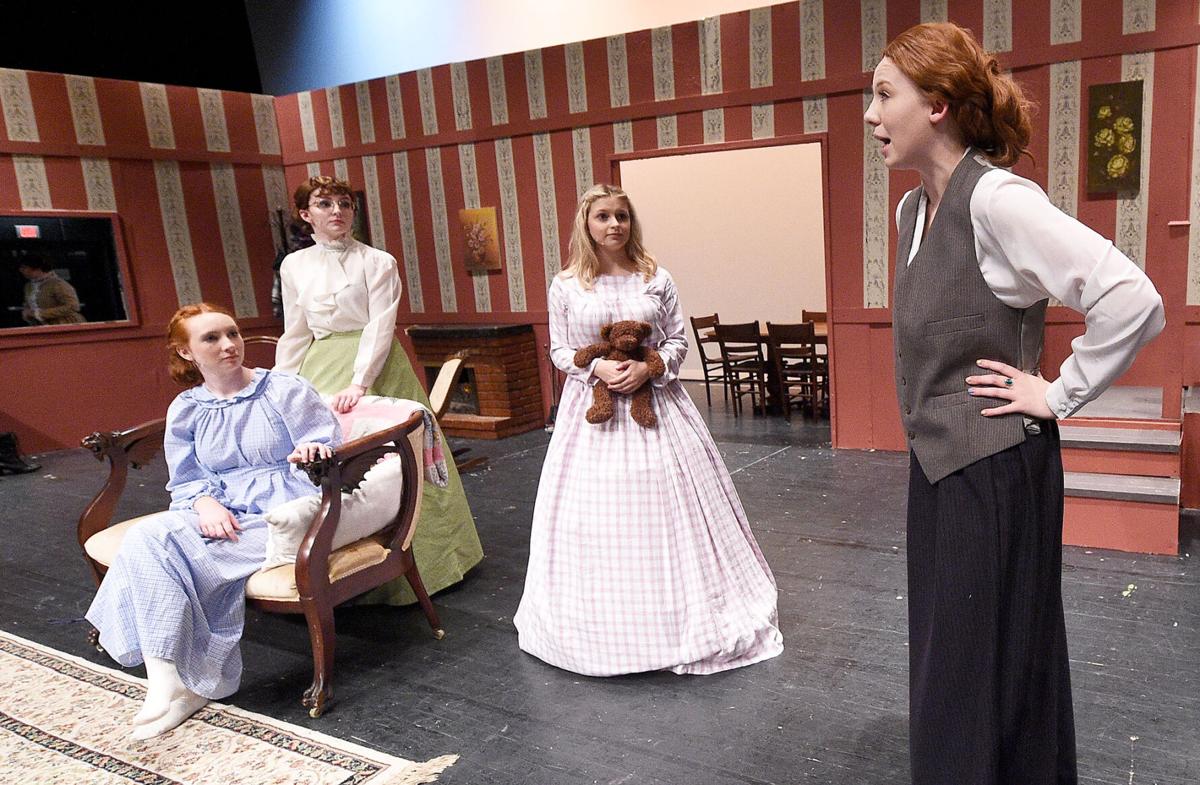 The theater department will put on three productions this weekend of Louisa May Alcott’s “Little Women,” adapted by Marisha Chamberlain. The 1868-69 novel tells the story of the four sisters from childhood to adulthood, and all the love, loss and life they experience along the way.

Director and drama teacher Ashley Trotnic settled on “Little Women” for the fall play as she searched for shows with strong female leads.

“I have a lot of great girls, and I wanted a show that features them well,” she said. “It’s been fun watching them all take on these parts.”

To get into character, and to bond as real-life siblings might, the four students who were cast as the March sisters have taken their connection outside of school. They have gone out to eat a number of times, usually sitting and talking for hours, and they even caught a recent production of the Joplin Little Theatre’s “Clue: On Stage” together.

They also have used that bonding time to better understand the nature of their roles: motherly Meg, the oldest; Jo, the strong-willed writer; shy and timid Beth; and Amy, the baby of the family.

“It’s been fun trying to figure out these dynamics together,” said senior Paisley Freund, who portrays Meg.

While the original novel spans years of the March sisters’ lives, this stage adaptation focuses in on Christmas 1863 to Christmas 1864. The character of Meg, described as motherly and soft-spoken, turns 17 during this time frame, a tidbit that Freund uses to portray her as a real teenager.

“I want her to feel like my own age,” she said.

Meanwhile, Jo, the second oldest, is “very much a woman before her time,” said senior Elise Leek. “She’s very independent and headstrong. I think it’s easier for me to connect with her because we’re alike.”

“Little Women” has been adapted for film, stage and TV numerous times, most recently in director Greta Gerwig’s 2019 version with Saoirse Ronan as Jo and Emma Watson as Meg.

Due to the popularity of the novel over the years, both Freund and Leek say they know audience members likely will have a vision of their characters already in mind when they see the show, and they’ve tried to make their portrayal of the sisters their own.

But the audience also will find something in the show for everyone, even if the central focus is on the young women, Freund said.

“It’s a coming-of-age story,” she said. “It’s very heartfelt, all the way through. It’s very emotional, and there are also some parts that make you laugh like crazy.”

"Little Women" will be performed at 7 p.m. Thursday through Saturday at the Joplin High School performing arts center, 2104 Indiana Ave. Tickets are available at tinyurl.com/littlewomenJHS.